The Most Anticipated Debuts of the Second Half of 2020

There’s no doubt COVID-19 has forever changed the world as we know it. A small slice of life that had to shift trajectory is the publishing industry.

Get Ready for the 20 Most Anticipated Debuts of Early 2020 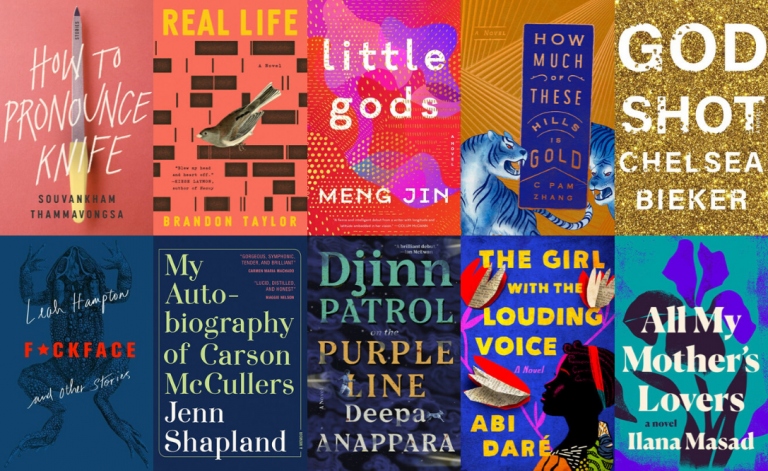 Debut authors are especially struggling as the books they have worked on for countless years are released into a world without in-person book tours or physical bookstore browsing. Many indie bookstores have shifted to virtual programming to help authors promote their books and connect with readers. My own site Debutiful, where readers can discover new authors, interviewed an additional fifteen authors whose tours were canceled due to the pandemic.

These efforts from the literary community are one step to helping these newly published authors pursue their art. Another small and simple step readers can take to support debut writers is by pre-ordering their books. Luckily, the second half of 2020 has just as many amazing debuts as the first half.

Set between Japan and the U.S. across 150 years, O. Henry award-winner Asako Serizawa’s interconnected stories look at the reverberations of World War II from the eyes of the colonized and the colonizers.

Kelli Jo Ford, the 2019 Plimpton Prize winner, weaves a story of four generations of women from the Cherokee Nation of Oklahoma. Page after page, she offers devastating plot and astonishing language.

The Bright Lands by John Fram

A friend recently pointed out that I only seem to gush about queer stories set in a rural location. That’s exactly what Fram’s debut novel is. He expertly crafts a slice of new Americana about queer life in a small town where secrets and anxieties come to a head in a way that changes the community forever.

The Heart and Other Monsters by Rose Andersen

After her younger sister died of a heroin overdose in 2013, Andersen began exploring their shared past. It starts narrow in scope—a portrait of a dysfunctional family—and expands to tackle the opioid crisis in our country.

Sometimes there’s a book that everyone in the publishing world is talking about. Luster is that book. Leilani’s novel is about a young Black woman, struggling to make it as an artist, who finds herself in the middle of a white couple’s open marriage.

In this essay collection about identity, class, sex, and gender, you’ll find deeply personal revelations that anyone can connect with. Each essay offers a unique perspective on topics we’ve all thought about, whether we’re a tomboy from the suburbs, a straight mountain man, or anything in between. Because there is no binary.

The All-Night Sun by Diane Zinna

In The All-Night Sun, a lonely college teacher, Lauren, finds herself in an intense friendship with a new charismatic student, Siri, in her class. Lauren follows Siri on a trip back to her home in Sweden, only for their friendship to unravel, culminating in an explosive Midsummer.

Born to be Public by Greg Mania

Greg Mania is one of the funniest up-and-coming writers cranking out work and he is finally releasing his laugh-out-loud memoir. He’s won script writing competitions, interviewed authors and celebrities (most notably Kathy Griffin). Come for the laughs, stay for the heartwarming story of coming out in the most millennial way possible.

This House is a Body by Shruti Swamy

O. Henry award-winner Shruti Swamy blurs reality over the course of a dozen stories set in America and India. Swamy has a knack for creating captivating stories filled with unforgettable characters, but what makes this collection truly mesmerizing is her ability to play with structure and reinvent herself story to story.

In Winter Counts, Virgil Wounded Horse serves as an enforcer-for-hire on the Rosebud Indian Reservation in South Dakota who gets tangled up with drug dealers based out of Denver. This gritty thriller is filled with the twists and turns expected from a crime novel, but Weiden also offers deeper insight into racial identity and the violence that Native Americans face on a regular basis.

A tiger spirit haunts generations of a Tawainese family in Chang’s mythical debut. A tale of queer desire and family secrets, Bestiary is a kaleidoscopic tale of the women in this family as the youngest eventually finds herself in America decades later.

These Violent Delights by Micah Nemerever

This campus novel set in 1970s Pittsburgh—about two college students whose codependent friendship is tinged with cruelty—is far from quiet. Pitched as a “taut Hitchcockian story,” readers who need some thrill in their life will find this page-turner very binge-able. Micah Nemerever showcases a lot of skills on the pages, but it is the intricate plotting that propels this novel forward.

The story is about an outsider seeking belonging in post-World War II Japan. Nori is the daughter of a black GI and a Japanese aristocrat, raised in isolation by her grandparents who are ashamed of her dark skin. When her older half-brother arrives to claim his inheritance, Nori finds herself questioning her sequestered life and wondering if she can be truly accepted by society.

Dancing With the Octopus by Debora Harding

When she was 14, Debora Harding was kidnapped and left for dead. Against all odds, she survived but the trauma never left her. As an adult, she decides to meet her incarcerated kidnapper to understand his history and motivations. A gripping memoir, Dancing With the Octopus is both a heartbreaking reconstruction of a crime and a powerful account of healing from trauma.

Each of Us is Killers by Jenny Bhatt

The stories in Jenny Bhatt’s debut collection explore characters in Midwest America, India, and England as they seek to fulfill their hopes and dreams. Bhatt places her characters in the cracks of society and doesn’t give them a clear cut identity. This ambiguity is the driving force in most of her stories, questioning the societal expectations forced upon BIPOC individuals.

The poems in this debut collection are both lyrical and narrative. Nigerian American poet Hafizah Geter writes about confronting racism and trying to fit into a country that doesn’t seem to want her. Geter also delves into queerness, loss, and migration over the course of nearly three dozen poems.

At Night All Blood Is Black by David Diop, translated by Anna Moschovakis

French Senegalese author David Diop’s English language debut was selected by students in France to win the Prix Goncourt des Lyceens Award. At Night All Blood Is Black tells the story of a Senegalese man who finds himself confronting the horrors of the trenches when he is drafted in the French army during World War I. Diop’s novel offers profound insight into the overlooked history of Senegalese soldiers who fought in the French army during the war.

The Orchard by David Hopen

A devout Jewish student comes of age in David Hopen’s debut about a teenager who moves from ultra-orthodox Brooklyn to a fancy Miami suburb. As Ari Eden enrolls in a wealthy Jewish academy and enters the secular world, he experiences culture shock and begins testing the boundaries of his religious beliefs.

The award for best elevator pitch goes to this novel: an Argentinian woman is drawn to eating earth and when she does, she gets visions of missing and murdered people. It becomes part magical realist murder-mystery but more importantly, it’s an exploration of the people who are left behind and forgotten by society.

Nights When Nothing Happened by Simon Han

Simon Han’s debut novel follows a Chinese family living in Texas who seem to be living their American Dream. But that illusion quickly unravels when their young daughter begins sleepwalking, setting off a series of unexpected events and bringing low-buried secrets to the surface.

Novels by Alyssa Songsiridej, Jessamine Chan, and Elif Batuman stand out among the year’s best

Books by Melissa Febos, CJ Hauser, and Tajja Isen rank among our top picks in an outstanding year for nonfiction