“100 Boyfriends” Is Scripture for Gay Dysfunction

Brontez Purnell's short story collection is about desire, loneliness, and giving in to the urge to self-sabotage

Transgressive, hilarious, and lewd in all the best ways, 100 Boyfriends by Brontez Purnell is scripture for the dysfunctional homo—a testament to queer men’s oftentimes losing battle to self-sabotage. From soliciting sex on lunch breaks, to sleeping with satanists, co-worker’s husbands, and white boys with dreadlocks, and concluding with a debaucherous tour of Europe, Purnell’s characters are a manic melee, each flirting with disaster, each resplendent in their own magnificence.

This short story collection is glorious in its messiness, splattering desire, loneliness, and desperation onto a canvas of vulnerability. Dispatched from the queer nadirs, it is, above all else, an irreverent gift.

There are triple-threats and then there’s Brontez Purnell, a writer, musician, dancer, filmmaker, and performance artist with accolades to boot: he is the recipient of a 2018 Whiting Writers’ Award for Fiction and was named one of 32 Black male writers of our time by The New York Times Magazine. Sorry for sounding like a cheesy infomercial, but that’s not all: he’s also the author of a graphic novel, a novella, a children’s book, the novel Since I Laid My Burden Down, and now, the short story collection 100 Boyfriends.

Two weeks before its official release, I caught up with the Oakland-based polymath to talk about the collection whose residue I’m reluctant to rub off.

Greg Mania: I mean, is there anything more evergreen than gay dysfunction?

Brontez Purnell: CHILLLLLLLLLLLE, the MANY-headed hydra of gay dysfunction. If it wasn’t for dysfunction I wouldn’t have any functioning at all.

GM: SAME. I think dysfunction just has bad PR, you know? What are some advantages to yours?

The meaning of a film that depicts sensitive gay black men, and the long history of misrepresentation it remedies 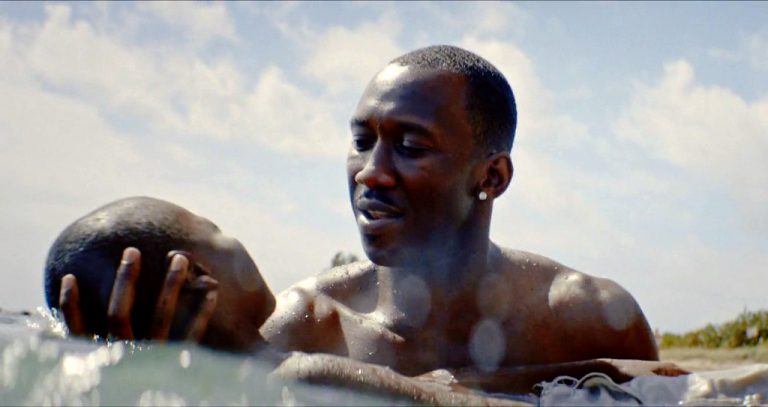 BP: Mostly weariness. And, to be quite honest, weariness is a great defense mechanism in side-stepping a bunch of bullshit. My lack of weariness has certainly fueled a lot of economies of me joining cults and jumping off (metaphorical) bridges. But now I’m older and my goddamn back is tired. So basically, it’s weariness for the win.

GM: Same goes with self-sabotage, something I personally have a lot of experience with. A lot of my queer friends do, too. Do you think that, as queer men, we harbor more of a propensity to react that way than non-queer folk?

BP: Not at fuckin’ all. There are cis women who are, like, the most reckless cum dumps I know, and I applaud them for it. At the end of the day—as with most things—I think we should just all hold hands and blame the patriarchy. Basically, perfectionism and professionalism are patriarchal concepts and it’s from these flawed viewpoints that too many navigate romantic relationships. I look back on mistakes I’ve made and they seem less like “self-sabotage” and more like unavoidable structural landmines that, even with the best of intentions, are detonatable. Even under the best of circumstances most people are wildly incompatible. When choosing to love another person, the only thing we can really hope for is that both people are really, really, really hoping for the best.

GM: I’ve never thought of it that way—just goes to show how nefarious patriarchy is. What do you think about non-toxic romantic relationships in this regard?

BP: Even in the most “non-toxic” of relationships—the ones where two people are not actively trying to fuck each other up—it’s still WORK: it is a constant and active thing to make sure you and another person are on the same page about hopes, goals, timelines, and also if things should not go well, the most reasonable and dignified way in which to drift apart. Essentially, I feel like relationships are always living documents.

GM: I’m obsessed with this collection. There’s kind of a punk attitude, almost like it’s rebelling against traditional short form. Does this come from your other life as a musician? How often do your other roles—filmmaker, performance artist, dancer—influence your fiction?

BP: I mean, I’m always trying to find a flow or a pattern or a melody that strikes me, even in my writing. As much as I do it, the process of creation is still a mystery where I’m always crossing out and re-drawing lines in the sand. Even the anti-formulaic can become a formula if you’re not careful. I’m way more interested in things that work for all the wrong reasons or completely fall to hell for all the right reasons.

GM: The title comes from a line of dialogue in the story “Mountain Boys.” What about that line encapsulates the collection the best?

BP: The book isn’t really about 100 dudes—maybe in a tongue-in-cheek anti-rom-com way, sure—but ultimately it’s more about the residues left. The whole collection of stories are actually called “The Boyfriends” cause they all sit in relationship to each other. The accumulation of men sometimes feels less like individuals and more like this one big body or entity that you have to start dealing with.

GM: So this collection is less about the boyfriends and more about how to examine yourself in relation to them. Was writing this collection a way for you to metabolize past relationships?

BP: Not really. This is where I have to go into the part about how this book is not really a memoir—or really that it’s not its highest aim—it’s a composite and more of kind of a survey of all the ways communication can break down in navigating the really tumultuous terrain of emotional attachments people have—both for better and for worse. It’s a brave thing to love.

GM: The line, “‘Where god closes a door, he opens a window,’ but in this particular case the window was on the fifth floor and the house was on fire,” appears in two different stories. Why did you decide to include it twice? Why is it significant to you?

BP: I like callbacks a lot—it’s akin to early battle rap and also some punk songs where lines from other songs are repeated and the writer is making an allusion to themselves. Or whatever it’s called.

GM: Geographic location plays a strong role throughout the collection. How does place inform what you’re writing about?

BP: Overpopulated cities or sparse farm towns just really have a solid and informed sense of place, right? I think the landscape around us informs a lot of feelings—in one sense though, most of the action in the book need not be located anywhere geographically specific, as most the interchange happens between two people in very secular spaces: mainly bedrooms. But I do have this kind of sense that when location is involved in a collection it feels like flying in an airplane at night and going over cities that look like one big light grid. You look at it and think, how many people are down there fucking in their bedrooms, like RIGHT NOW. It gives you a more 3D vision of time and space in this abstract way. I have definitely been accused of being an elitist coastal gay, but whenever I write stories about the South I remember that, the South is in fact a coast, too, so then I feel like an elitist coastal gay 2.0. Basically, it’s good to be king.

GM: There are some nods to gentrification, though, that I feel play a significant role in this context. Like, it just feels like there are less places to make bad decisions because of it; gone is the gay bar of yore where there’s a tub of Crisco at the door and no one asks any questions. What was your intention with including it in this collection?

BP: I don’t think it was like a super “intentional” choice—like what ISN’T gentrified these days? I just think when writing about general landscape or painting life in any urban setting, it almost feels like not describing it feels negligent, or like the writer who wouldn’t even think to describe it is probably the type of dude I’m taking the piss out of in the book. I think anytime you’ve been in a place a long time and you see it gentrifying or clearing out an older era of itself, if you’re like any form of lower-class person or artist, there’s always this stopwatch in your head that’s like, “When will I be next”? It’s almost like the city can become a metaphor for another boyfriend.

GM: Has writing 100 Boyfriends changed you in any way? If so, how?

BP: Well, it’s always good to watch a child be born. I think making art at its most pragmatic is a way to mark time. Plus, it was like this kind of marked ending to all the questions I’ve ever really had about men and my relationality to them vis-à-vis myself. From this point on, I think I’m either gonna be the best boyfriend that’s ever-walked earth or totally and proudly single the rest of my life. We’ll see.

An excerpt from "American Delirium" by Betina González, recommended by Heather Cleary

A Slacker Dramedy About Two Men of Color in Love

Bryan Washington, author of “Memorial,” on food as a love language and how remarkable it still is to write gay sex