We've rounded up must-read works from the South Pacific

By grouping these two very different communities together, we are inadvertently erasing Pacific Islanders from our collective consciousness and working against the very significance of the month itself. Despite the absence of Pacific Islanders from publications celebrating AAPI month, they are present in the creative world and we need to remember them. There are incredible artists, writers, and creators of Pacific Islander descent, with stories rich with history and mythology that deserve the spotlight.

To close Asian American and Pacific Islander Month, let’s begin the celebration that is due to these Pacific Islander authors. And then let’s continue to read them throughout the rest of the year.

Iep Jaltok: Poems from a Marshallese Daughter by Kathy Jetn̄il-Kijiner

As a poet and performer, Kathy Jetn̄il-Kijiner uses art and activism as a means to enlighten her readers and followers about her home, the Marshall Islands. In 2012, she co-founded Jo-Jikum, a nonprofit organization committed to helping the next generation of Marshallese to preserve their islands in the face of rising sea levels. Her book, Iep Jaltok: Poems from a Marshallese Daughter, pulls from personal and familial stories to create an illuminating collection of poetry about Marshallese politics, heritage, and climate change.

The Girl in the Moon Circle by Sia Figiel

The Girl in the Moon Circle takes a look at Samoan culture and society through the perspective of a ten-year-old girl. Figiel draws from her own experience with Samoan language and art to produce lyrical prose that immerses the reader in this young girl’s childhood, from crushes on boys at school to family violence at home.

Lani Wendt Young, known for her young adult novels set in Samoa, takes on the heavier facets of life as an afakasi woman in this collection of short stories. With prose that have cemented her place as a prominent South Pacific writer, Young puts forth 24 short stories that weave elegantly between the lighthearted, the humorous, and the arduous experiences of a “Real Samoan Woman.”

Fijian writer Gina Cole explores a theme of heat and coldness in this collection of short stories that follow an eclectic array of characters in the South Pacific; from a glaciology expert stuck in the crevasse of his research to a child working in a Barbie Doll sweatshop.

Tales of the Tikongs by Epeli Hau’ofa

In this collection of stories, Hau’ofa explores the importance of ancestors in the South Pacific, and the danger that colonialism poses to ancestral traditions. Hau’ofa sets the stories on a fictional island in Oceania called Tiko, where the culture, society, and politics can be likened to his home country, Tonga. Along with his contributions to the South Pacific literary canon, Hau’ofa made a large impact in the art scene in Oceania as the founder of Oceania Centre for Arts at the University of the South Pacific.

Where the Rēkohu Bone Sings by Tina Makereti

Tina Makereti, of Ngāti Tūwharetoa, Te Āti Awa, Ngāti Rangatahi, Pākehā, and Moriori descent, has garnered national and international awards for her novels and stories. Dedicated to promoting and maintaining representation of Maori and Pasifika authors in New Zealand, she convened the first Maori and Pasifika Writing Workshop in 2014 at Victoria University. The questions of identity and heritage that Makereti explores in her own life are posed in Where the Rēkohu Bone Sings, a novel set in New Zealand that follows several generations of characters with complex ancestries.

In Shark Dialogues, the matriarch of a native Hawaiian family recounts the complex history of her kin to her four granddaughters, beginning with a 19th-century romance between an American sailor and the daughter of a Tahitian chief and ending in present-day Hawaii. Like Davenport, who was born and raised in Hawaii by a native Hawaiian mother and a white father, the characters in her novel are all products of numerous love stories that cross oceans and generations.

Leaves of the Banyan Tree by Albert Wendt

A major literary figure in the South Pacific, Albert Wendt has gained national and international recognition for his work as a poet, novelist, editor, and anthologist. In 2018, Wendt was a recipient of the Icon Award, The Arts Foundation’s highest honor, given to New Zealand artists for their achievements in—as well as their impact on—the arts in New Zealand. His writing and his work as an educator has influenced the presence and study of Pacific indigenous cultures, particularly in Samoa, New Zealand, and Hawaii. Leaves of the Banyan Tree tells the story of three generations of a Western Samoan family as they struggle with the effects of colonialism in their home.

This is Paradise by Kristiana Kahakauwila

This Hawaiian Storytelling Chant Is Great Literature Without the Written Word

The oli connects me to my childhood, and to the history of indigenous Hawaii 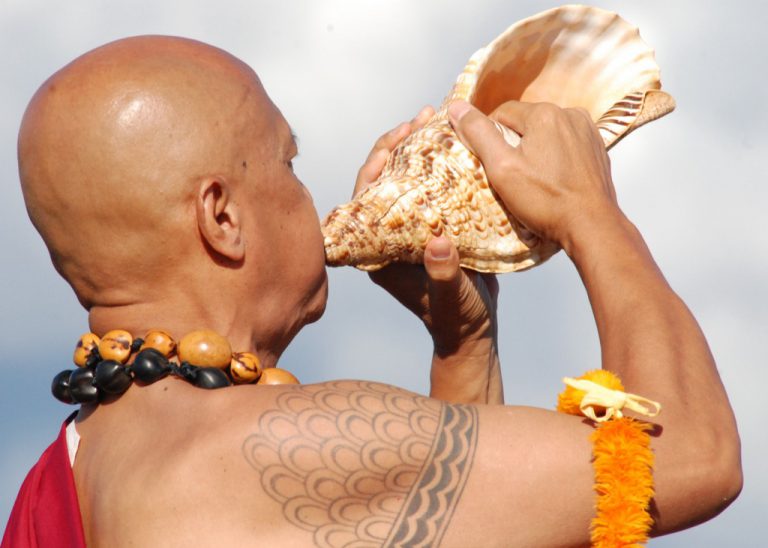 In her debut collection, native Hawaiian author Kristiana Kahakauwila intimately captures the reality of life in the Hawaiian islands in six related stories. Kahakauwila’s vivid characters navigate through stories about family, culture, tradition, and home. This is Paradise takes a searing look into modern island life, exploring the aspects that are not in harmony with the widely-held view of Hawaii as a paradise.

Ihimaera and Makereti curated stories from the Maori and Pasifika canon to create an anthology that stretches the boundaries of the short story genre. Each indigenous Oceanic author selected for Black Marks on the White Page brings innovation to the way we view the art of storytelling, whether it comes in the form of verse or prose or even visual representations.

Madden’s memoir is a raw and honest portrayal of her childhood in Florida. Of Chinese, Native Hawaiian and Jewish descent, her physical features set her apart from her peers and received ridicule. She forgoes the conventional story of redemption and recovery for an honest look into the mess and madness that surrounded her youth, the death of her father, and the absence of her mother.

With My Urohs, Kihleng was the first Pohnpeian poet to publish a book. The title, which is the word for the traditional dress of Pohnpeian women, alludes to the themes of colonization, indigenous culture, beauty, and tragedy that populate the poems in the collection. In her poems, Kihleng liricizes about everything from intimate moments, like snacking on Micronesian food, to contemporary issues in her community.

Island of Shattered Dreams, the first novel published by an indigenous Tahitian, is set in French Polynesia in the mid-1900s. In customary Polynesian style, the prose are interspersed with poetry and Tahitian vocabulary. As much a romance story as it is a political statement, this novel brings the reader along the journey of a Tahitian family as they live through the second world war and the disturbance of colonization in their peaceful homeland.

Yuval Taylor on his book "Zora and Langston," and the collaboration and conflict between these great writers

Decolonize Your Bookshelf With These Books by Native American Writers

The Native literary renaissance is in full effect