20 Translated Short Story Collections from Around the World

It is estimated that only 3 percent of books sold in the U.S. are works in translation. The question is why don’t Americans read more translated literature? The American publishing industry is insular. The work necessary to find and acquire non-English texts seems insurmountable due to various economic costs and a lack of language diversity in publishing. Unlike global publishers, who have specialized foreign acquisitions or multilingual editors, American publishers rely on luck and the odd scout or agent to come across non-English works. This enforces a system of English dominance in the literary sphere where non-English books gets overlooked, even though there is interest (and demand) for international works.

This is not to say there are not publishers, literary non-profits, and small presses who are attempting to bring better awareness toward translation. As readers, we are agents of change. And we have an ability to focus the conversation and encourage access and inclusivity in publishing.

Here are 20 translated short story collections from around the world.

Where Europe Begins by Yōko Tawada, translated by Susan Bernofsky and Yumi Selden

National Book Award winner Yōko Tawada blends fiction and reality to create a fragmented sensation when moving between physical spaces like Japan, Russia, Siberia, and Germany. The reader becomes a stranger on a journey through this world.

The Teeth of the Comb & Other Stories by Osama Alomar, translated by C.J. Collins

The Teeth of the Comb is full of fables and political allegories that catch and reimagine Syrian realities in new and insightful ways. Some of these short stories are no longer than a sentence or two. Read two stories by Osama Alomar here.

Mouthful of Birds by Samanta Schweblin, translated by Megan McDowell

“Birds in the Mouth” by Samanta Schweblin

A story about fatherhood, denial, and giving in to eating habits 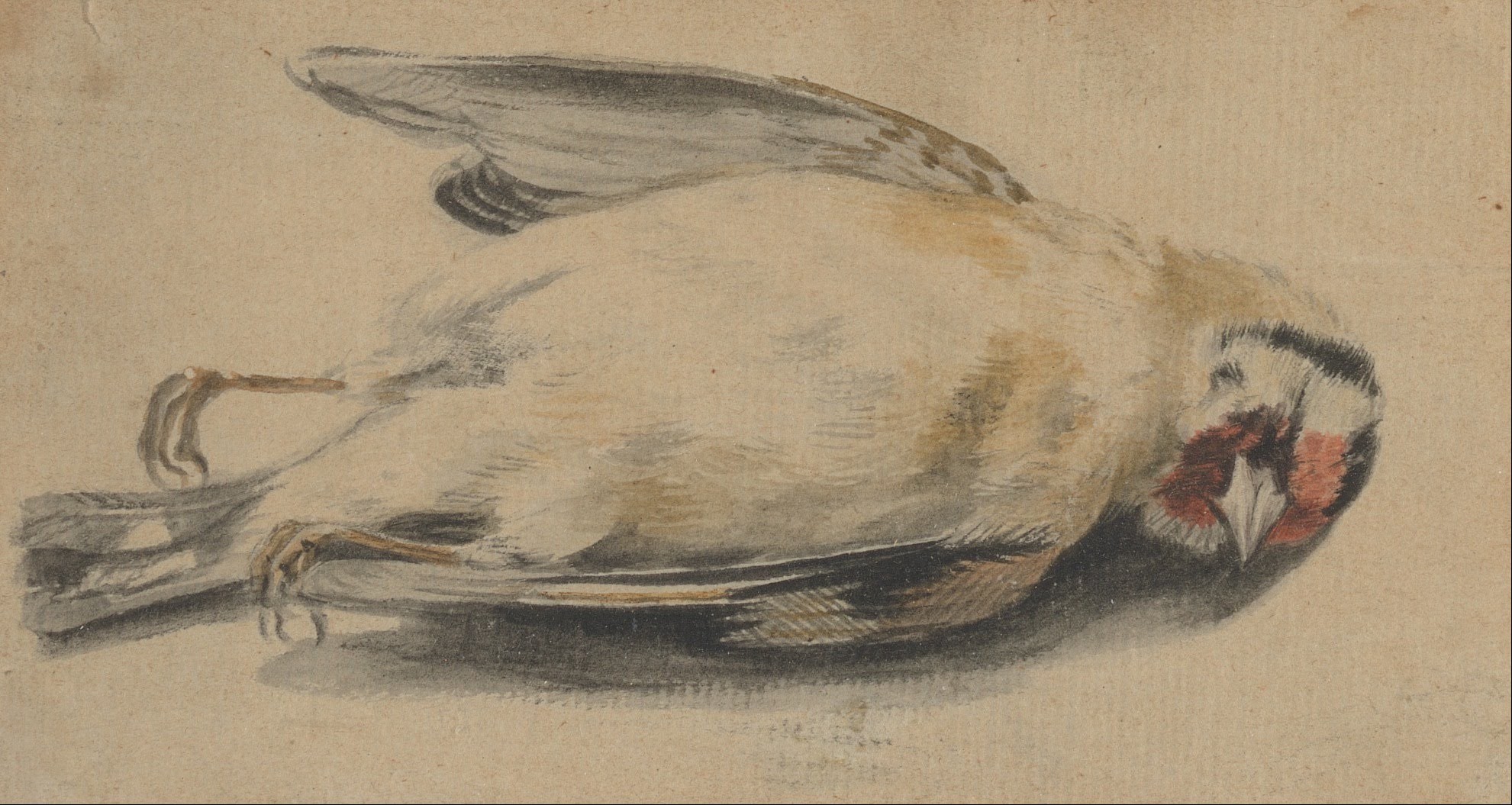 This evocative collection of 20 strange and dark tales will leave your heart racing, as they journey through the resonant and impossible. From eerie butterflies to expectant parents and stranded businessmen, these stories push characters to confront the unexpected. Read an interview with Samanta Scweblin here and an interview with Megan McDowell about translating the dark surrealism of Mouthful of Birds here.

In this remarkable collection, race and history are contextualized in two parts. The first explores the struggle to live and confronts corrupt governments after successfully fighting toward a post-colonial era in the Congo, while the second is set in the U.S. during the 1960s civil rights movement.

Set in rapidly evolving Indonesia, these women-centric stories are filled with macabre twists of myths, horror, and fairy tales. In “Blood,” a copywriter in charge of finding new ways to market sanitary pads recalls her grandmother’s folktale of a monstrous woman who licks the blood of used pads. In a retelling of Cinderella, the focus is on the ugly stepsister after her new princess’s happily-after-ever. In “Beauty and the Seventh Dwarf,” a disfigured woman pays a man to act out her rape fantasies.

Published in collaboration between A Public Space and Graywolf Press, Karate Chop is a collection of 15 stories that examines the capacity of complex human emotion. From stories that range from a husband obsessed with female serial killers to a bureaucrat who converts to Buddhism, this collection highlights the ominousness that creeps into the everyday.

The Accusation: Forbidden Stories from Inside North Korea by Bandi, translated by Deborah Smith

Written by a living dissident still in North Korean, these stories were hidden inside The Selected Works of Kim Il-sung and perilously smuggled out of the country. The Accusation features seven stories set during Kim Il-sung and Kim Jong-il’s dictatorships, rendering a portrait of life under the North Korean regime. From a privileged mother whose son attends a political rally to a husband who is denied a travel permit, these stories examine humanity during inhumane times.

House of Day, House of Night by Olga Tokarczuk, translated by Antonia Lloyd-Jones

A Man Booker International Prize winner, Olga Tokarczuk descends into Nowa Ruda, a small town once a part of Poland, Germany, and the former Czechoslovakia. These short stories interlock to form bricks and structure the history of this town.

The Houseguest by Amparo Dávila, translated by Matthew Gleeson and Audrey Harris

Mexican author Amparo Dávila engages with the dark and surreal with this book, exploring loneliness and obsession with psychological acuity. Read a short story “The Breakfast” from the collection here.

From a cabaret singer whose heart beats outside of her body to a jealous surgeon’s lover, Revenge is a collection of unsettling and haunting fates that converge together.

The Sad Part Was by Prabda Yoon, translated by Mui Poopoksakul

The Sad Part Was pierces through modern Bangkok life with these fresh, witty stories that pop through sci-fi, metafiction, and a Dracula-themed ad. Prabda Yoon brings the voice of a young and rapidly urbanzing generation into Thai literature.

Containing two previous collections, On the Golden Porch and Sleepwalker in a Fog, and several uncollected stories, White Walls explores everything from lonely children to poets working as janitors. This stories by Russian author Tatyana Tolstaya take on a dream-like lucidity while attempting to understand the human condition in the day-to-day.

The Sea Cloak and Other Stories by Nayrouz Qarmout, translated by Perween Richards

Impelled by Nayrouz Qarmout’s own experiences with growing up in a Syrian refugee camp and living in Gaza, The Sea Cloak contains 14 stories that explores what it means to be a woman in Palestine today.

Doppelgänger written by Croatian author Daša Drndić only features two stories: “Arthur and Isabella,” a story of an elderly couple who meet on New Year’s Eve in 1999, and “Pupi,” an unconventional story about the descent of Printz Dvorsky.

Thirteen Months of Sunrise portrays life in contemporary Sudan with characters who encounter love and isolation. This collection widens the measure of the human experience found in the complex lives of an urban city-dwellers.

From a caronang, a dog that walks upright, to an ex-sex worker, Kitchen Curse is a darkly comedic adventure by the first Indonesian Man Booker Prize nominee. Read an interview with Eka Kurniawan about Indonesia and magical realism here.

The Lonesome Bodybuilder by Yukiko Motoya, translated by Asa Yoneda

A wife who takes up bodybuilding, an aging supermodel’s Q&A, and a mysterious customer at a retail store—these 11 stories delight as they reveal the bizarre, absurd, and lonely of Japanese domestic life. Read a short story from the book here and check out an interview with translator Asa Yoneda here.

Rain: And Other Stories by Mia Couto, translated by Eric M. B. Becker

Written after Mozambique’s civil war, Rain confronts questions of war, peace, colonialism, and what the future of a country looks like after tremendous loss.

Trout, Belly Up by Rodrigo Fuentes, translated by Ellen Jones

Shortlisted for the 2018 Gabriel García Márquez Short Story Prize, Trout, Belly Up features seven interconnected short stories set in the Guatemalan farmlands, where Don Henrik lives his life in a landscape of inextricable beauty and violence.

Arid Dreams moves through working-class Thailand, looking at characters stuck in their existence and left wanting. From a wife who imagines her life if her husband had died in an accident to an elevator attendant immobilized in his position, these 13 stories find profundity in the everyday.

If on a Country Road a Car Crash

"The Frozen Finger" by Bora Chung, recommended by Anton Hur