Tara Isabella Burton, author of ‘Social Creature,’ rounds up the most fascinating friends who bring out the worst in each other

When I look back on the relationships I’ve had, and the relationships that have made me who I am today, I can trace two distinct, parallel lines. The first is the story of romantic relationships — the men and women with whom I’ve shared erotic letters, and hotel-room bust-ups, and bank accounts. But the second, less obvious story, is the story of the women I’ve tried to be. It’s the platonic relationships I’ve had with other women — my painfully earnest childhood rival, who shamed me for wanting a teddy bear to be “cute” instead of “brave”’; the fellow writer who read and helped edit my college meditations on my ex-boyfriend before dating him herself; the journalist with whom I used to share personal diary pages as we worked, together, on the project of becoming “maenads” — that have made me most myself.

At its best, friendship can be a form of utterly unselfish love: companionship and complicity without the desire for possession. At its worst, it can be a form of narcissism: a constant measuring and remeasuring of yourself against someone who comes to embody everything you wish you were (or weren’t). Even in otherwise healthy friendships, I’ve found myself developing myself in dialogue: with one friend, famously taciturn, I take on the public persona of the “outgoing one”; with another, far more ebullient, woman, I’m known as “the reserved one.” I have modeled myself after women I’ve barely met — older girls in middle school who quoted Edna Saint Vincent Millay, strangers who are funny on the Internet. And I have modeled myself, too, after women I have known intimately: the woman whose sheer joy in life makes her weep in museums, the woman emotionally honest enough to pick away at her own personality flaws like a scab.

I’m lucky. By my late twenties, I’ve developed a close network of mutually supportive, emotionally honest female friends. But along the way, I’ve had friendships as toxic — and far more insidious — as the most brutal relationships. Some relationships brought out the worst in me — some in the women I knew. In each case, those friendships were dark mirrors: the women I did not know how to relate healthily to were the women who reflected my greatest fears back at me.

In an early conversation with my editor, Margaux, about my own novel, Social Creature, she asked me whether I related more to the extravagant, exuberant Lavinia, or to her best friend, roommate, and sometime lover, the paralytically anxious Louise. My answer was: both. I have been both “the Louise” and “the Lavinia” in friendship — and, I argued, both women in that novel were themselves both. Lavinia’s overconfidence veils a black hole of insecurity; Louise’s terror — which she thinks is so palpable — goes unnoticed by everyone but Louise herself. Their “opposition” is a function of illusion. The women are more alike than they are different: something that Social Creature comes to make explicitly, tragically, clear.

In writing Louise and Lavinia, though, I was indebted to a long, rich legacy of literary toxic friendships. The greatest stories of toxic friendship in literature are stories that capture that combination of sameness and difference. They are the stories of opposites who are more similar than they let on, of women (and some men) who do not know how to be themselves without each other.

The Ur-text of toxic female friendship, and the template for fictive female relationships from Gone With the Wind to Gossip Girl, the story of a sweet — but dim — heiress and her ruthlessly amoral social-striving best friend takes our two, deeply different heroines, through the whirlwind of Napoleonic War-era England. While Amelia Sedley marries an undeserving cad but closes her eyes to the truth, Becky Sharp remains flint-eyed: sleeping and conniving her way to the top of the social heap. The novel’s final image: the two women meeting on opposite sides of the titular charity-fair-table, their diverging paths through life rendering them ultimately equal, challenges us to wonder what way is best.

The earliest example of the “lesbian vampire” trope, the story of a virginal heiress and the mysterious stranger who demands total love from her newfound best friend is also a powerful metaphor for toxic relationships. Carmilla doesn’t just want to possess Laura, she wants to consume her: for the two to become literally, erotically, one. “Love is always selfish,” Carmilla tells Laura: and this novel explores just how selfish love can be.

Kate Croy and Millie Theale, The Wings of the Dove by Henry James

Another example of the “dumb heiress/smart upstart” trope, The Wings of the Dove traces the steely-eyed Kate Croy’s friendship with consumptive, angelic heiress Millie Theale. If Millie — in love with Kate’s secret beau, Merton — marries Merton, Kate knows, Millie will leave him a fortune in her will. Counting on Millie’s incipient death, Kate encourages the match when all three find themselves thrown together in Venice. But what Kate doesn’t expect is for Merton to fall for Millie. As Merton and Millie grow closer, it’s never altogether clear which of the two Kate is more jealous of. Ultimately, Millie’s love for Kate is the only thing to survive her.

Callous, feckless, handsome, and rich, the thoroughly thoughtless Dickie Greenleaf is everything Tom Ripley wants to be. Shot through with queer subtext, The Talented Mr. Ripley makes explicit the degree to which the desire to possess and the desire to become go hand in hand.

The Queer Erotics of Handholding in Literature

The Narrator and Tyler Durden, Fight Club by Chuck Palahniuk

For those who know Fight Club’s twist ending, this one’s a bit of a cheat. But the testosterone-fueled friendship between the narrator and the mysterious, magnetic Tyler Durden is one of the finest examples of how the closest friendships are always a little bit about identity.

Something between a toxic friendship and a romance, the relationship between these two Oxford undergraduates in the inter-war era is deeply foundational for them both. Flighty, aristocratic Sebastian and thoughtful, quiet, middle-class Charles need each other: and, for the rest of his life, Charles will never stop defining himself against the Flyte family. While, later in the book, he turns his attentions to Sebastian’s sister Julia, Sebastian always casts a shadow over the family house of Brideshead.

Gene and Phineas, A Separate Peace by John Knowles

Another pre-war school friendship novel — this one is set in a New England boarding school based on Phillips Exeter Academy. Gene and Finny are both friends and rivals, each struggling to outdo the other in feats of masculine braggadocio. Ultimately, though, that rivalry — as it so often does — turns rancid, and Gene is forced to reckon with his own moral turpitude.

Barbara Covett and Sheba Hart, What Was She Thinking?: Notes on a Scandal by Zoë Heller

Elderly, priggish schoolteacher Barbara Covett and young, vivacious art teacher Sheba Hart are hardly an intuitive match. But when the younger woman embroils herself in a toxic and abusive relationship with a younger student, Barbara sees an opportunity to use that information as leverage to insinuate herself into Sheba’s life. Like in most of the books on the list, this friendship doesn’t end well.

Lila and Lenu, the Neapolitan Quartet by Elena Ferrante

A Story About the Volatility of a Codependent Friendship 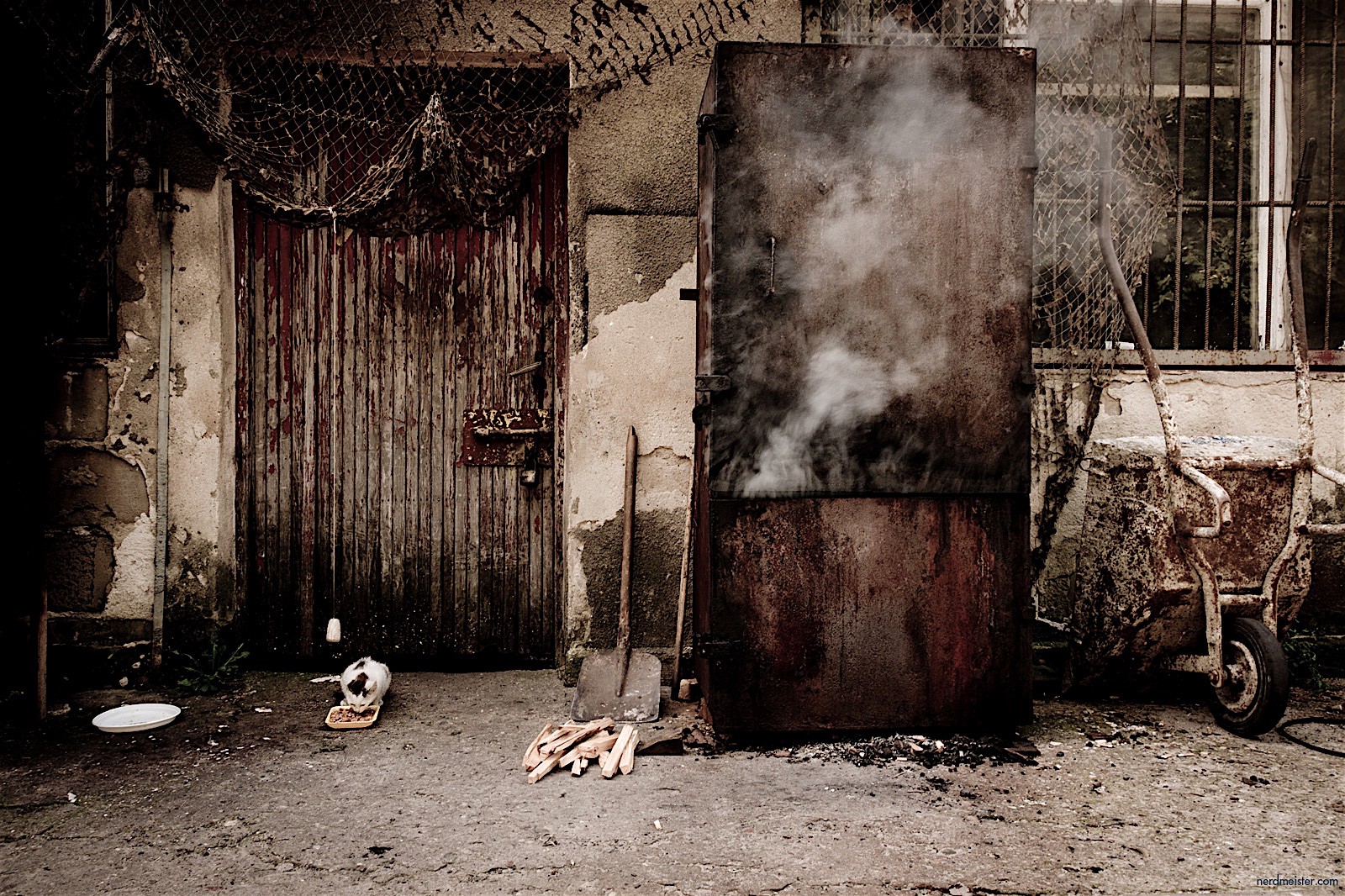 Perhaps the most detailed, complex treatment of a female friendship out there. The four novels in the “Neapolitan Quartet” trace the friendship of two working-class Neapolitan girls — intellectual Elena and charismatic Lila — over the entirety of their lives. Unlike in many of the books on the list, Elena and Lila’s characters aren’t so clearly defined: they’re not automatic opposites. Instead, at different points in their lives, they craft their identities in opposition to each other — sometimes it is Lila who is ascendant, sometimes Elena — in a quartet that reveals the slippery nature of identity.

L. And Delphine, Based on a True Story by Delphine de Vigan

Who is L — the polished, elegant ghostwriter who insinuates herself into the life of middled-aged novelist Delphine? A novel that hints at being a memoir, Based on a True Story examines the nebulous nature of identity through Delphine’s increasing codependent relationship with L. Who L is is never fully resolved — but the sense of uneasiness between the two women lingers long after the book is over.

“Fanny Hill” made me think sexuality could be simple, but what I found in my real life was anything but

Lydia Millet on the Value of Neighbors in an Alienated Society

Devi S. Laskar’s recent novel “Circa” was inspired by the grief of an intimate friendship cut short by cancer

10 Books About Chance Encounters with Strangers