A reading list inspired by some of your favorite looks

Football enthusiasts wait in anticipation for the Superbowl, film fans countdown to the Academy Awards, the rest of mankind eagerly awaited the return of Game of Thrones for eighteen months, and I show up for the Met Gala. There are no gold trophies to carry home, no White Walkers or Lannisters wreaking havoc on New York City, but undoubtedly, winners emerge at the Metropolitan Museum of Art.

Stylish literature for bookworms who are also clotheshorses 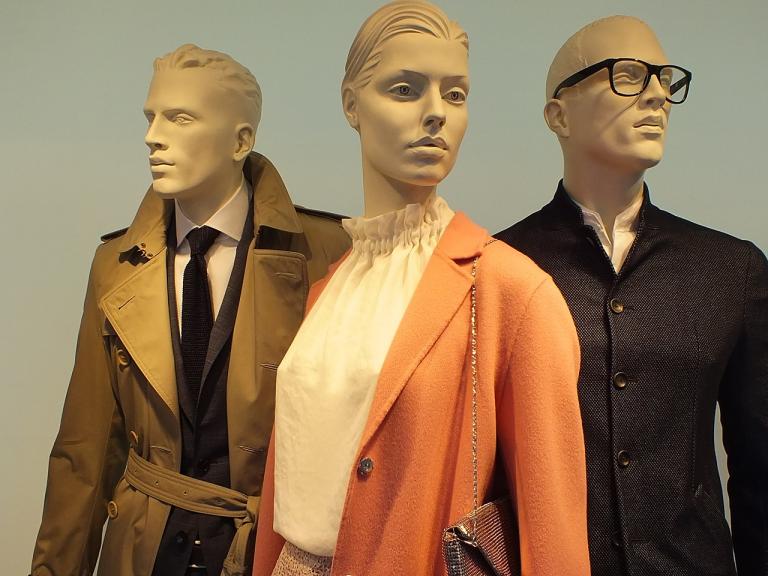 As a fashion journalist, much of my career has been spent trying to understand why trends take hold—the psychology, if you will, of personal style. Why, you might ask, did everyone in Chelsea suddenly strip down to spandex bicycle shorts at the first sign of sunshine? Well, Chanel, Fendi, Stella McCartney made it viable, though the verdict is still out on its office appropriateness—but I digress. The point is that before I was a fashion journalist, I was a reader. My personal psychology means I’ve spent years sitting in fashion show venues, strobed with white lights and loud music pulsing, matching my favorite heroines of literature to the collection presented before me. Some of my favorite writers, like Joan Didion and Edith Wharton, used sartorial style to illuminate character, set the scene, or build tension. Occasionally, the stars would align, and backstage post-show, a designer would confirm that he had been inspired by a certain novel (like when Erdem Moralioglu explained that his Spring 2012 collection was a riff on Bonjour Tristesse and my fantasies of Celine traipsing about in dainy yellow lace burst to life), suggesting that the relationship between fashion and prose was, in fact, reciprocal.

Which brings me to this year’s Met Gala, inspired by Susan Sontag’s essay On Camp. “Essay” is  a loose description, as Sontag herself was quick to point out: nothing about this “fugitive sensibility,” fits the the framework of a fixed argument, because the very nature of camp is evolving. “Camp is a certain mode of aestheticism,” according to Sontag. “It is one way of seeing the world as an aesthetic phenomenon. That way, the way of Camp, is not in terms of beauty, but in terms of the degree of artifice, of stylization.”

While you’re scrolling through thousands of feathers, gold (so much gold!), lace and ruffles and androgynous delights, I’ve matched the most iconic looks with their literary counterparts.

When you realize Lady Gaga showed up in not one, but four outlandish looks, read Gentlemen Prefer Blondes.

This was Gaga’s year. Not only did the A Star Is Born actress stun onlookers with four Brandon Maxwell outfits, they all layered back to one. She started with an extravagant Barbie-pink satin gown, which then became a strapless black gown, then a slim-fit pink corset dress, and finally —finallllly—a lace black lingerie set, because at that point, well: why not?  She also had the platinum locks and wide-eyed look down pat, which reminded me of a favorite Jazz Age novel.

Admittedly, I was late to Anita Loos. I picked up a worn copy of Gentlemen Prefer Blondes at a market in London and read the whole thing in an afternoon in Hyde Park. Every improbable decision seemed to turn out right for Lorelei Lee, and the same could be said of Lady Gaga. Remember the meat dress, or those impossible Alexander McQueen Armadillo shoes (from the designer’s last collection, titled “Plato’s Atlantis”)? Who better than to capture the essence of the ultimate, over-the-top blonde bombshell than Gaga? “I’ve had my best times when trailing a Mainbocher evening gown across a sawdust floor. I’ve always loved high style in low company.”

When you catch Anna Wintour looking rather bird-like in Chanel haute couture, pick up Edith Wharton.

The lauded Vogue editor has presided over the Met Gala since 1995, so it’s no surprise she arrived in stunning style on Monday night. According to Sontag: “The hallmark of Camp is the spirit of extravagance. Camp is a woman walking around in a dress made of three million feathers.” Check and check. Wearing a whimsical pink-and-purple feathered cape over an embellished gown, Wintour looked every inch the grand dame of New York society—which brings me to Edith Wharton, a writer beloved for exposing the intricacies of Manhattan’s elite a century ago. Wharton continuously employed dress to analyze the transformation of the social scene, as well as illuminate character development. Enjoy: “It was the old New York way…the way people who dreaded scandal more than disease, who placed decency above courage, and who considered that nothing was more ill-bred than ‘scenes,’ except those who gave rise to them. ”

When you are in awe of the force that is Laverne Cox, try Nightwood.

I don’t know how else to explain this, other than to say when I caught a glimpse of Laverne Cox in that fierce shimmering black sequin gown, the headpiece, the icy blue eyeshadow, the head-to-toe effect was magnificent and somehow beyond me. The first book that sprang to mind was Djuna Barnes’ Nightwood, hailed as a camp classic by many. I often feel like I’m a little tipsy (or need to be) to follow Barnes’ linguistic Olympics, but it’s never prevented me from trying. Take for instance, this: “Mademoiselle Basquette…was damned from the waist down, built like a medieval abuse. She used to wheel herself through the Pyrenees on a board…I wanted to give her a present for what was missing and she said, ‘Pearls—they go so well with everything.’” Built like a medieval abuse is a wonderfully brutal phrase. Similarly subversive and erotic, Barnes’ story of heartbreak exploits dress-sense to show motive and character, use both to unlock her dizzying world:  “They used to walk along slowly, all ruffles and rags, with big terror hats on them, a pin struck over the eye and slap up through the crown, half their shadows on the ground and the other half crawling along the wall beside them; ladies of the haute sewer taking their last stroll, sauntering on their last Rotten Row, going slowly along in the dark, holding up their badgered flounces, or standing still, silent and as indifferent as the dead, as if they were little girls; their poor damned dresses hiked up and falling away over the rump, all gathers and braid, like a Crusader’s mount, with all the trappings gone sideways with misery.”

When Florence Welch is giving off Wizard of Oz vibes and Katy Perry is a chandelier, enjoy Her Body And Other Parties.

Florence Welch is a phenomenal performer, and her Met Gala look attested to this. One part Glinda the Good Witch, one part Ophelia, and one part Maleficent (please see: the winged cape) Welch came to play in a lacy, mint green number underpinned with lavender. Ethereal and somewhat more wood-nymph that camp (perhaps wood nymphs are camp), Welsh’s elaborately beaded gown reminded me of “Real Women Have Bodies” by Carmen Maria Machado. Easily one of the strongest short stories in Machado’s collection (the other being “The Husband Stitch”), Real Women tells the story of a shop girl who becomes suspicious of the dresses that she is selling when she starts noticing women starting to fade away. The story is chillingly beautiful in its depiction of womanhood and the constraints imposed by fashion, but it was the memorable way in which Machado described the clothes in the shop that felt truly authentic to the protagonist: “Mermaid cuts in salt-flat white; trumpet-style in algae red; princess gowns in liver purple. The Ophelia, which looks perpetually wet… The skirts curl, ruffled, with layers of taffeta, except when they drag and slink. Their busts are crunchy with coral hand-stitched sequins, or studded with pebbles, or stretched with netting the color of frosted sea glass or neon early-morning buttercream or overripe melon.” Katy Perry was the sartorial translation of magical realism, and that’s really all that needs to be said about that.

When you’re totally on board with Harry Styles in Gucci, consult…well, Sontag.

A most perfect line from Sontag’s essay sums up the gift that was Harry Styles in sheer Gucci: “What is most beautiful in virile men is something feminine; what is most beautiful in feminine women is something masculine. . . . Allied to the Camp taste for the androgynous.” Styles was a co-chair of this year’s Met Gala, which meant he couldn’t afford to play it safe on the pink carpet, but that’s never really been the singer’s style anyway (sorry, had to). The frilly, femme-forward Gucci blouse and slacks were pretty tame compared to Styles’ past history with paisley suits, but no matter: it worked.

To quote Oscar Wilde: “To be natural is such a very difficult pose to keep up.”

Instead of mimicking in-person events, virtual readings should make use of the possibilities of the internet

Free and Cheap Live Poetry Events You Can Watch Online

With slams and readings going virtual, you can now get into poetry from the comfort of your home