The girl who lives in fear might just survive—but is that enough?

In middle and high school, my best friend Heather and I would stay up until sunrise watching every slasher flick we could carry home from Blockbuster. We’d make each other laugh guessing which characters would die, how, and when. Scary movies are interactive. There are rules and formulas, pleasurably predictable, like line dancing with adrenaline. The same steps in the same order, but it feels good every time.

One of the rules: there has to be a last girl standing. It’s easy to pick out a film’s Final Girl, a term coined by Carol Clover in her brilliant work of horror theory Men, Women, and Chainsaws. She’s the one who will face the killer last, after he works his way through a gauntlet of her friends and classmates. She’s the only one who stands a chance of defeating him. If she dies, it will be face to face with her killer, as something close to equals. She begins as an ordinary girl but is transformed by loss and battle into a champion.

But you can’t have a Final Girl without her counterpart. For one girl to be left standing, the others must fall.

The girls who die first don’t have a catchy title. We don’t tend to consider them as part of a group, as connected to each other. Each one is an individual point, so alike they are not worth connecting, so inseparable they are alone.

There’s a morality play element to this, as countless film writers have explored: girls in horror movies are punished for doing things girls aren’t supposed to do, especially for having sex. But there’s an even simpler way of looking at it. In horror movies as in life, you’re supposed to direct your attention toward survival. Sex is a distraction. If you close your eyes for a kiss you won’t see the knife coming.

I’ve done the math. I am not a Final Girl. I’m loud and weird and queer and fat and tattooed. I can’t fit into a small hiding place, or climb out a window to safety without breaking my neck. I’m easily distracted by attractive people and shiny objects and good music and food. Put me in a horror movie and I won’t last an hour.

Heather was like me, only more so. In a movie, she’d die early. In real life, she died early too.

To survive a horror story you have to realize you’re in one. The girl who dies thinks she’s in a different kind of story, one that’s about her and what she wants: to dance, to party, to fuck, to feel good. She thinks she is the subject of this story, the one who watches, desires, sees, the one who acts upon the world. She does not feel the eyes on her, does not know she is being observed, that her fate is not to reshape the world but to be reshaped by it.

Horror Lives in the Body

Watching horror films stirs up trauma, but it also reminds me that I don’t suffer alone 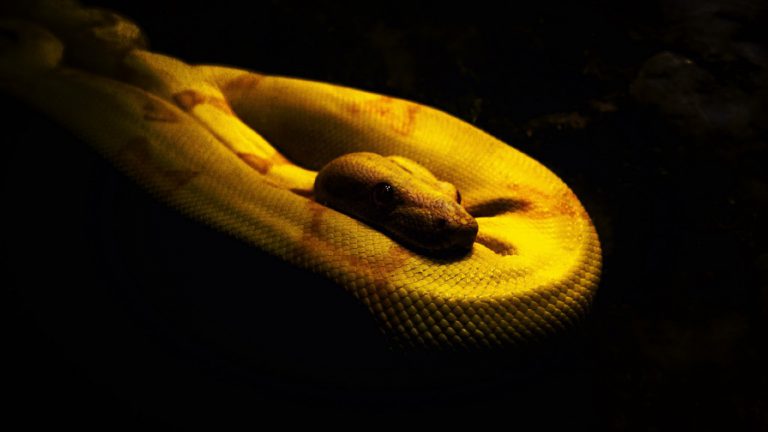 Recklessness is a coping mechanism, not a survival skill. In horror movies, if a girl is driving fast at night, there’s usually someone hiding in her backseat. Heather stomped on the gas in her platform boots, flew down the highway without looking over her shoulder, played her music loud enough to drown out whatever might have been trying to get her attention. She never got enough sleep, always either sneaking out of her room at night or sneaking boys in. She loved mosh pits and sugary drinks made with cotton candy vodka. We used to try to make each other laugh, shouting things at the top of a roller coaster right before the plummet: “What a lovely view!” She never stopped being afraid of heights, but there was no ride she wouldn’t go on.

The final girl is the one who perceives the threat. We know she’s the wisest because she is afraid. She looks over her shoulders. She hears the strange noise. She sees the footprint below the windowsill. She is on guard, and if she lives this is the reason. Because she’s looking for her death. She sees it coming.

When a woman is described as “asking for it,” for whatever trauma or violence has befallen her, what she’s really being accused of is not doing enough to prevent it. Harassment, assault, violence, death are supposed to be things women plan around as habitually as checking the weather forecast before getting dressed. We’re taught that someone wants to hurt us and our job is not to let them.

In Halloween (2018), Jamie Lee Curtis’s Laurie Strode, who survived Michael Meyers’s massacre in the first Halloween (1978), is forty years older, a mother and grandmother, but in some ways has never escaped her would-be killer. All these years, not dying has been her primary vocation. Her daughter is combat-trained, her house rigged with traps. The few people who maintain relationships with Laurie want her to move on, but when Michael escapes and goes on another killing spree, Laurie’s fixation is vindicated. Her obsession, her careful preparation, enables her to survive again. Everyone who disapproved of Laurie’s choices ends up either rescued by her or dead. Laurie was right, is the moral of the story.

You can live your life that way. It’s possible. It’s easier, even. But it’s less joyful. “Don’t die” is a demanding aspiration, but not a satisfying one.

But Laurie was miserable. Is that the life lesson—sacrifice everything, alienate your loved ones, be hard as a rock, but survive? I can’t imagine Laurie Strode on a roller coaster, or on the highway with the windows down and the music cranked up.

I don’t want to romanticize early death. Heather used to say “drive fast, die pretty,” but it wasn’t thrill-chasing that killed her. It was congenital heart disease, a vicious little fucker hunkered down in the backseat of her genetic code, waiting for its moment.

When we were seventeen, Heather wrote a letter to her mother and her friends, explaining why she had to run away from home. She never went. We found the letter a decade later, after she was dead. I wonder where we’d all be if she had gone and never looked back. In real life, playing it safe doesn’t save you. You can do everything right and still end up ashes in a mountain river, cascading back down into the hometown you never got around to leaving.

The Final Girl is an empty promise. What it seems to offer women is the guarantee of survival if we do everything right. But what it actually ensures is that, if you are hurt, there will be a way to trace it back to a rule you broke. You become the Final Girl by attrition, not achievement. You can’t earn the title. You can only outlast everyone who didn’t get it.

Slasher movies satisfy because they impose a pattern on mortality, make it a puzzle you can solve. But in real life, there’s no way to game the system. There’s no system. I don’t deserve to have outlived my best friend, yet here I am. I still like my music loud enough to drown out approaching footsteps. I still sleep with my window open.

7 Novels About Women Getting Revenge

Kassandra Montag, author of "After The Flood," recommends books about violation, betrayal, and justice

Were We Too Harsh on Penny Lane?

7 years before we had Manic Pixie Dream Girls, “Almost Famous” introduced us to Penny Lane

Who Gets to Have Gut Instinct in Big Screen Action Movies?

On the troubling depictions of competence, gender, and leadership in our stories

From "Wicked" to "Cruella," rehabilitated villainesses rely on outdated ideas of women's virtue