Update: Since the publication of this interview, Ahmet Altan was rearrested by the Turkish authorities a week after his initial release.

Virtually none of us will ever know what Ahmet Altan has gone through, and continues to live through. After the 2016 Turkish coup d’etat attempt, the writer was arrested along with his brother on such claims as “sending subliminal messages to coup supporters.” In 2018, they were sentenced to life in prison. On November 4th 2019, Altan was released from prison after three years of incarceration, but his memoir written from prison remains a testament to the cost of oppression and the power of human imagination.

I Will Never See the World Again is Ahmet Altan’s remarkable response to what PEN America rightly calls an “unjust sentence.” The book consists of short pieces penned by Altan in prison, many detailing his mental journeys to transcend the dehumanizing environment imposed upon him. As he writes: “I had to blow a whiff of air into this dead life. […] How was I supposed to do this? There was only one way to perform this miracle. To imagine.”

Though the Altan brothers’ life sentences have since been overturned, Ahmet Altan was still incarcerated when I interviewed him. From Silivri Prison, Istanbul, he answered the following questions through his translator Yasemin Çongar, describing his daily conditions, and the novel he recently completed. Prison did not put a stop to his writing life. “Because, like all writers, I have magic. I can pass through your walls with ease.”

YZ Chin: I Will Never See the World Again was longlisted for the Baillie Gifford prize. And you recently finished a new novel, described by The Guardian as a comedy. Your tenacity is admirable. How do you write each day?

Ahmet Altan: The book I wrote in prison is not a comedy, but it’s a novel with more than a few amusing parts in it.

Unfortunately, I don’t have the luxury of determining the circumstances in which I work. In our cell, there is a small table. Three of us share this table. We eat at this table, we drink coffee at this table, we read the newspapers at this table, we watch our small TV, sitting at this table. My cellmates are too kind to complain about it, but when I sit and write at this table with my papers spread all over it, their daily life becomes a bit harder. I asked the prison administration to let us have a second table in our cell, so that I can work without disturbing my cellmates, but that request was denied. Sometimes, when I lose myself in my writing, my cellmates either go out to the courtyard or retreat to their beds, but I can’t expect them to do this all the time. When the weather is nice, they like spending time in the little courtyard. Then I stay inside and work. When it is cold or rainy outside, they don’t have a choice. They have to sit at the table. So my work hours also depend on meteorology. There isn’t a set time during which I write.

YZC: You wrote beautifully about temporarily losing your capacity to imagine in prison, and then regaining that vast power. Do you think imagination is like a muscle that responds to training?

AA: Ever since my childhood, I’ve been somewhat of a dream addict. Daydreaming is a crucial part of my life. But sometimes my imagination can get overworked and exhausted, and it quietens down. My imagination becomes arid. Those are hard times for me. When my imagination quietens down, especially when it does so here in prison, my inner strength also weakens.

YZC: Why do you think regimes around the world are so afraid of writers? Is it because those in the regimes lack imagination?

AA: You can turn on a projector lamp on a bright day and its light, no matter how strong, will be hard to notice. On a dark night, however, a single candle’s tiny flame can be seen from afar. In the darkness created by oppressive regimes, writers’ words are similar to the light of matches; they are easily noticed and thus have to be snuffed out. Even a tiny matchstick can shed light onto a part of what the oppressors are trying to hide. Even the tiniest piece of truth scares them.

YZC: You have constructed whole worlds out of your imagination in prison. Do you share these worlds with others detained? Are you able to converse with other imprisoned writers?

14 Writers Imprisoned for Their Work 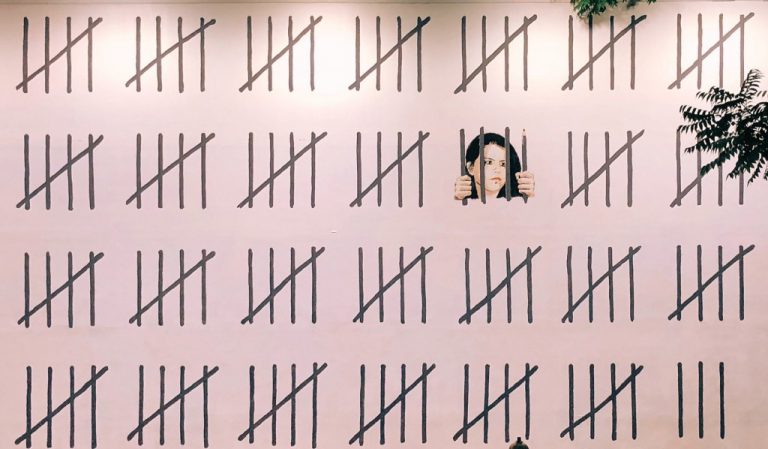 AA: I can’t converse with other writers. When my brother was also a prisoner here, I wasn’t allowed to see him for an entire year.

My cellmates and I usually talk about the quotidian problems of life in prison. We don’t much talk about ourselves, our personal problems or our dreams. No one invades another’s territory with his own worries and dreams.

YZC: You also wrote movingly about how creating fiction allows you to transcend your circumstances. What about reading fiction—what part has that played?

AA: A good novel or essay can also change your circumstances at once. You can latch on to another writer’s imagination to escape from prison.

YZC: You said that you “like to read novels in which characters’ emotions and relationships have the upper hand.” What are you reading right now?

AA: I am one of those “classic” readers who likes books that have a solid plot, through which we learn about people’s emotions and relationships.

At the moment, I’m reading Olivier Remaud’s long essay, “Voluntary Solitude.” I must say, being in prison, I find it especially pleasurable to read about how a person relates to solitude and hard conditions.

YZC: Your new novel has been described as a very funny book set against a dystopian background. I’m curious whether you deliberately set out to write a comedy as a way to subvert your surroundings and defy your jailors, given that you’ve said a novel is “something that relies purely on instinct and intuition” to be written.

AA: Yes, I believe instincts and intuitions are more important for a novelist than ideas.

The fact that there are more funny parts in this novel than in my previous work may indeed be an instinctual act of defiance, as you’ve suggested. It may also be the result of a need to entertain myself in a place where there’s absolutely no entertainment. But honestly, I don’t really know why I did what I did.

YZC: Did you make yourself laugh while writing the novel?

AA: When I write, I hear the characters’ dialogues in my head. When they say something funny, I laugh. I’m spared a diagnosis of schizophrenia simply because I write the voices I hear.

YZC: Will your new book be available in Turkey?

AA: My new book will not come out in Turkey for a while yet. I think it will be published in English first.

A Handbook for Creating a Literary Life in Prison

Caits Meissner, editor of "The Sentences That Create Us," on how the literary community can support prison abolition

The Problem with Pop Culture’s Love of Wrongful Conviction Narratives