A Short Story Collection about Monstrous Women and Female Ghosts

In "Where the Wild Ladies Are," Aoko Matsuda spins Japanese folklore into ghost stories about feminist liberation

In Japanese folklore, vengeful women often appear as yūrei, or ghosts (more specifically translated as “faint spirits”), with varying techniques for frightening those who have wronged them in life. Translated by Polly Barton, Aoko Matsuda’s collection Where the Wild Ladies Are takes these “monsters” from Japanese folklore and gives them room to breathe in the contemporary world. Human women revamp themselves into canonically monstrous forms, comfortable in their power.

In “Smartening Up,” a woman’s body hair grows so long and dark that she becomes “some other being entirely.” After earlier attempts at depilation, she ultimately embraces the hair as strength: “It doesn’t bother me if I stay a nameless monster,” she says.

In “My Superpower,” the narrator reflects on Okon and Oiwa—two famous ghosts whose faces became disfigured. The narrator’s eczema has given her “keen observational skills…to see what the person I am talking to is really like underneath.” She observes that “Those who see others as monsters don’t notice that those monsters are looking back at them in turn.”

“A Day Off” riffs on the kabuki story Shinobiyoru Koi wa Kusemono, in which an avenging princess appears on top of a giant toad. In Matsuda’s tale, a woman and her giant toad, Gum, “provide support for women facing problems with groping, stalking, harassment, and other kinds of abuse.” But the magnitude of their task leaves the narrator with “no desire to leave [her] bedroom, where [she] can just loll around with Gum like this.”

The stories are connected by the thread of a mysterious company run by a man named Mr. Tei. Initially, we see the business as an incense company, but it soon becomes clear that they offer much more. Mr. Tei’s factory is a home for powerful women—for wild ladies. In “The Jealous Type,” a woman receives a missive from the company praising her talents: “Recognizing your capabilities at this stage, we have extremely high expectations for what you could accomplish with us into the future. In terms of arrangements for your appearance on the spectral stage, rest assured that we have a wide variety of options available…when you do pass away, please be sure to get in touch.” Some vengeful ghosts are so ahead of their time, they haven’t even died yet.

Over email, Aoko Matsuda and I discussed horror tropes, the nature of monstrousness, and, of course, the desirability of living with a giant toad.

Deirdre Coyle: In “My Superpower,” the narrator says: “I never thought of Okon and Oiwa as terrifying monsters. If they were terrifying, so was I. If they were monsters, that meant I was a monster too.” What do you see as the primary difference between human women and monstrous women in these stories? 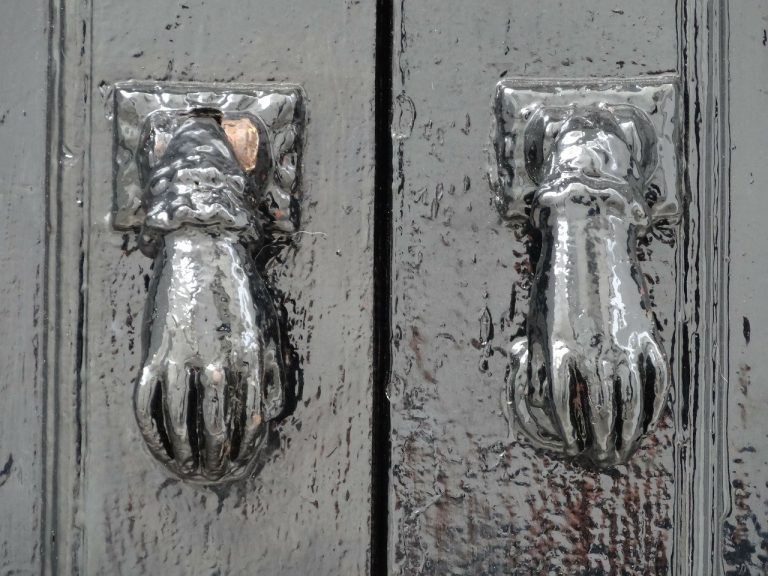 Aoko Matsuda: In my opinion, there is no fundamental difference between human women and monstrous women. Rather, I see a lot of resemblances between them. They’re like mirror images of one another. Monstrous women are born from this cruel men-centric world, and so are human women. Once I realized that, it struck me that I wanted to write stories to connect these two existences in a timeless way so that they can support each other. That was the starting point of this short story collection.

DC: These stories turn a lot of grudge-based horror tropes on their heads—and in different ways. Can you talk about how you reimagined ghosts’ relationships with earthly resentment, especially in stories like “Having a Blast” or “The Jealous Type”?

AM: From childhood, I’ve always been fascinated by female ghosts and monsters. So, in my eyes, jealousy and resentment seem interesting even though they’re said to be bad things that you shouldn’t feel. And if you read folklore, you can easily see the reason why human women and monstrous women come to feel jealousy and resentment: they are treated very unfairly and harshly by men and their communities. But the people around me seemed not to care about that, and were focused on how “scary” women were. It didn’t make sense to me when I was young. Now I see it’s because this is a male-centric world we live in. So, I thought, in my stories, I should consider these two negative feelings from a different viewpoint, creating a place where women can freely express their jealousy and resentment, and where these things can function as superpowers.

DC: How did you relate to ghost stories growing up? Did you feel differently about them as a child than you do as an adult?

AM: I was easily frightened as a child, so I have no idea why I’ve always been so enchanted by ghost stories. Actually, when I was a kid, I loved all stories which feature non-human beings, including Greek myths and legends about the constellations. I guess I was fascinated by the idea there is always something you can’t actually see, and ghost stories are one indication of that.

And after I became an adult, I came to love them more than ever. Maybe that’s because now I can relate to the female ghosts, and understand how they might feel. I also realized they are such bad-asses, even though they look miserable and sad. One of my favorite ghost stories when I was child was Kosodate Yurei in which a female ghost tries to buy candies at a store to feed her baby in their grave. I guess I just loved it because the ghost trying to buy candies seemed a little humorous to me. Also, I loved candy. But now I can feel her, feel how desperate she was trying to save her baby. I love her so much that I decided to write her story in Where the Wild Ladies Are.

DC: In “A Day Off,” a woman relaxes with her giant toad, Gum, with whom she works as a vigilante to protect women from men. The story takes inspiration from the kabuki play Shinobiyoru Koi wa Kusemono, in which a vengeful princess tries to defeat a warrior with magic. In the very end of the play, the princess appears on a giant toad. Personally, I would love to live with a protective toad like Gum. In thinking about Shinobiyoru Koi wa Kusemono, why did you choose to have the toad be the central focus of “A Day Off”?

AM: I’d love to live with Gum, too. It would be very safe! But since it’s not possible, I wrote this story by imagining my cat as Gum. As for Shinobiyoru Koi wa Kusemono, to begin with, I just loved the title so much. This is such a great title. I haven’t actually seen this play, but I read about it and liked the image of a woman on the giant toad. I also thought the ending, with a woman and a man just glaring at one other, is so cool. Although, actually, it made me a little uncomfortable. It seemed to me as if this was a picture of the actual makeup of the world: men vs. women. Deep down, nobody wants to quarrel or fight, but the current situation in this society makes that impossible.  So, in “A Day Off,” I wanted the protagonist and Gum to take a day off from it all.

The reason why I put Gum as the center of the story is that I really wish from the bottom of the heart that someone like Gum existed, that there was some system of Gums, so that no one had to be a victim of sexual violence. It kills me that it goes on happening.

DC: What would your ideal job be at Mr. Tei’s incense company?

Aoko Matsuda, author of “Where the Wild Ladies Are,” shares her favorite spooky women of legend 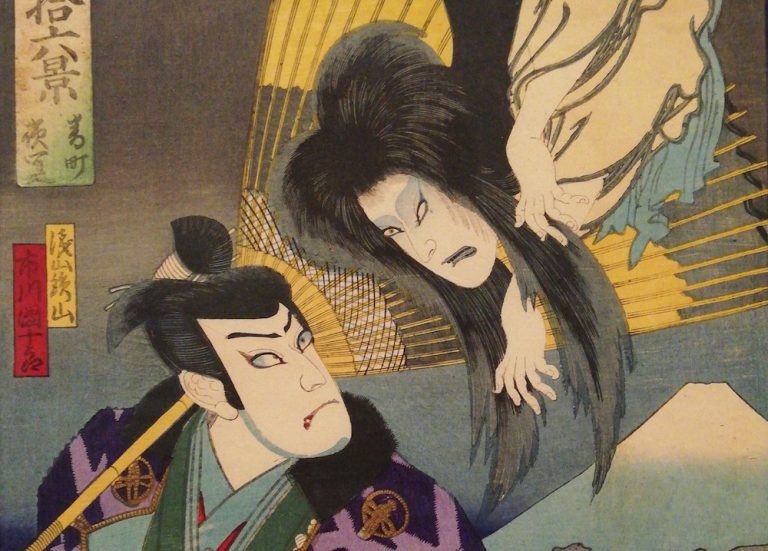 AM: At first Mr. Tei’s company seems to be an incense company, but it’s actually a wide-ranging and very fluid company, which we don’t have a full grasp of. All sorts of jobs are newly created to help people in need. I wanted to make a loose community where socially vulnerable people are always watched over by someone and can get help whenever they need. Because in reality, companies and societies don’t work that way, even though they should. There are also groups like Team Sarashina, made up of women who are competent in every field. Personally, I’d definitely want to join the same department as Gum. Whenever I think about sexual violence, I always wonder why I don’t have a superpower to save people.

DC: If you could be any kind of folkloric monster, what form would you choose?

AM: I would like to be a hybrid of various monsters. Saying that, I realize that the abilities of female monsters are born from the gruesome aspects of their lives or their irrepressible emotions, so maybe it’s a shallow idea to want to be a hybrid…but I do think that being a hybrid would be great.

From "Macbeth" to "Where the Crawdads Sing," here are the adaptations to look forward to this year

Which Book Should You Read This Halloween?

Aoko Matsuda, author of "Where the Wild Ladies Are," shares her favorite spooky women of legend

Carmilla Is Better Than Dracula, And Here’s Why