Are Conservative Titles Using Shady Tricks to Get Onto the Bestseller List?

Several political titles are showing up with dagger symbols, indicating bulk orders — possibly from the authors’ own organizations

The pen is mightier than the sword. But what about the dagger? Conservative titles are showing up on the New York Times bestseller list marked with dagger symbols (this one: †), which indicate that a book cracked the top sellers thanks to bulk orders. In other words, people are buying several dozen or more books at a time. Does this mean something a little weird is going on? Well, it might.

The method by which the New York Times compiles its list of best sellers is shrouded in as much mystery as the recipe for Coca Cola or the number of licks to the center of a Tootsie Pop. According to the New York Times’s own “About the Best Sellers” info page, the Times gets the data for its list from specific book vendors who remain, for the most part, confidential. Though the numbers aren’t verified, it’s believed you have to sell between 5,000 and 10,000 books in a week to vendors in the paper’s established “book universe,” which includes “well-established vendors as well as emerging ones. The sales venues for print books include national, regional and local chains representing tens of thousands of storefronts; many hundreds of independent book retailers; scores of online and multimedia entertainment retailers; supermarkets, university, gift and big-box department stores; and newsstands.” When we reached out for clarification, the Times gave us a simile: “If we were to equate The New York Times best seller lists with covering baseball, we would include the major leagues, minor leagues and all the way down to the little leagues while doing what we can to exclude any attempts made by people to manipulate the lists.”

This Book That Scammed Its Way Onto the Times Bestseller List Is Real, Real Bad 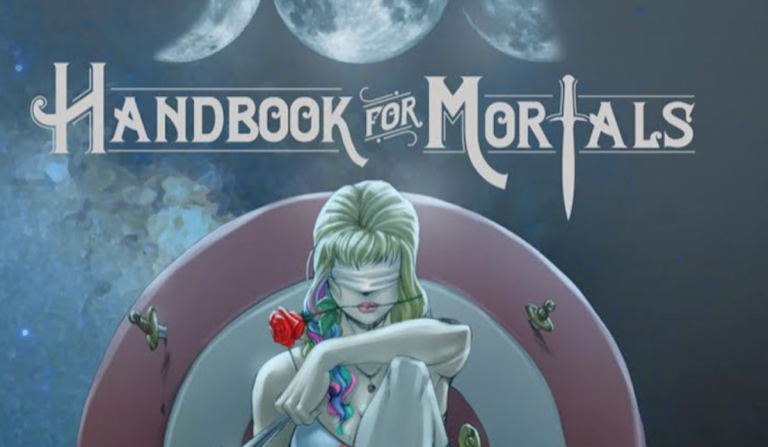 Because people do try to manipulate the list. A lot. The list is easy to scam if you’re okay with some public scorn. Mitt Romney bulked up his numbers by requiring his book tour hosts to sell between $25,000 and $50,000 worth of his 2010 book No Apology: The Case for American Greatness. The most recent public scamming strategy was carried out by the author of Handbook for Mortals, Lani Sarem. The book made it to the top of the Fiction Bestseller List, beating out The Hate U Give, without even being available for sale. (As some consolation, the book was eventually removed from the bestseller list.) How did Lani Sarem get on the list? By calling up independent bookstores to confirm they were reporting their sales to The New York Times, and then ordering specific quantities of books through those stores — orders large enough to make an impact but small enough to fall under the bulk order radar.

Here’s where the dagger comes in. The New York Times knows its system for gathering weekly data is open to abuse, which is why it’s come up with the dagger system. If the New York Times believes a book has made its way onto the list in a way that seems “suspicious,” it places a small dagger symbol next to the title: “Institutional, special interest, group or bulk purchases, if and when they are included, are at the discretion of The New York Times Best-Seller List Desk editors based on standards for inclusion that encompass proprietary vetting and audit protocols, corroborative reporting and other statistical determinations. When included, such bulk purchases appear with a dagger (†).”

These daggers are important to watch, because they indicate that someone is paying a lot of money to make sure books such as The Empire State by the political commentator Jerome R. Corsi (a book on the secret conspiracy to undermine the Trump presidency) get on the list, regardless of how many people actually read them.

Emily Pullen, a former manager at WORD bookstore in Brooklyn and current receiving administrator for the New York Public Library Shop, brought our attention to some of the titles ending up on the Bestseller Nonfiction List for April 22nd. There are a lot of conservative titles on the list. But conservative titles have a tendency to sell a lot of copies, so that’s not a cause for concern. However, look right next to four of the titles, and there’s that little dagger.

Striking but not totally out of the ordinary. After all, the symbol was incorporated in part because there is a precedent for this kind of spurious behavior. But when a bestseller from that week— Our 50 State Border Crisis by Howard Buffet — showed up at the New York Public Library with a donation slip from Howard G. Buffet’s own non-profit foundation, Pullen wondered whether Buffet was bulk-ordering his way onto the list using his organization’s funds. Pullen posted this Instagram (below) of a letter she found in a book donated to the library. She wrote: “The author’s nonprofit foundation bought the book through B&N and had it shipped to a branch library’s donation center.” She speculates that: “They purchase in a way that gets reported to NYT, can write it off most likely, and maybe it will get into circulation at a library.”

We reached out to Emily Pullen and Barnes & Noble for comment, but neither responded to us before the publication of this piece.

Why does it matter? Well, whether we like it or not, the list has a lot of power when it comes to book sales and author preeminence. While there are many best seller lists out there, with their own (often more transparent) methodologies, it means a lot to be able to call oneself a “New York Times Best Selling Author.” According to a report cited by Vox, to appear on the Times list can change a writer’s career: “Appearing on the New York Times’s best-seller list increased debut authors’ sales by 57 percent. On average, it increased sales by 13 or 14 percent.” The list also has a lot of cultural power for readers: if a book shows up on the New York Times list, there’s an imperative (in certain circles) that you know about it. In my own experience working at a bookstore this was true. Every week we’d receive the New York Times Book Review, and turn to the best seller list. We had to make sure we had copies of every book on the list in the store. And sure enough, that same weekend people would come in looking for those books more than any other.

When we reached out to the New York Times Best Seller Desk to learn more about how they use discretion when including those titles on the bestseller list, we got what appears to be a standard reply from the desk:

And on the breakdown of political titles:

“In the last year, politicians and commentators who identify as conservative have performed as well as, if not better than, liberal ones on our lists…The author who has had the most rankings at №1 and greatest number of rankings on our hardcover nonfiction list is Mr. [Bill] O’Reilly, the noted conservative commentator. Since the spring of 2008, he has spent 57 weeks at №1 on our hardcover nonfiction list and ranked over 1,272 times across all of our lists.”

Whether we like it or understand it or believe it’s fair, the New York Times best seller list is something we should pay attention to if we care about how books get around to the people who need them and read them. The pen is mighty. But so are these daggers. And in a political climate mired in media controversy, it’s more important than ever that we look out for where the daggers get drawn.

The Literary Roots of the Incel Movement

9 of the Worst Jobs in Literature

Work sucks, I know: books to put your job in perspective

Proving we should have more overlap between trade and academic publishing