Can We Still Judge a Romance Novel by Its Cover?

Picture a romance novel. Are there heaving bosoms and swaggering poses? Is the word “trashy” one of the first to pop into your mind? If so, your stereotypes are decades out of date. Recent years have seen a marked shift away from shirtless ab shots and “clinch covers” that feature a passionate embrace toward bright, flirty graphics. Modern romance covers are opting for graphic illustration in a bid to outrun the sexist stigma that has dogged the genre since its inception and repackage the books for new audiences. This evolution reflects changes within the genre and broader attitudes toward it as well.

Romance cover art first took off with the increased availability of cheap mass market paperbacks after World War II. The popularity of pulp fiction influenced dramatic covers that often carried, at best, tenuous connections to the plot within a book. Through the 1970s, a “chocolate box pretty” style predominated, favoring distant, longing gazes rather than overt lust. A few groundbreaking clinch covers heralded a shift into the Baroque 1980s, along with a cult of popularity surrounding male cover models like Fabio. Ripped abs and ripped bodices abounded in lush, turbulent scenes that cover artists typically painted from photographs. This fantastical style evolved into the rococo 90s: a softer, dreamier version of the painterly scenes. By the 2000s, digital artwork had transformed the landscape and photography, with its promise of edits and filters, and became accepted as a method of projecting romantic fantasy on covers.

Since then, the market has cycled through various trends in an ever-shorter cycle. “Romance reinvents itself every five years,” says Jeanne DeVita, a writer, editor, and founder of the Romance Academy. While covers continue to vary by subgenre, graphic illustration reigns supreme in contemporary romance, with flat, iconic designs that tend to convey “cute” rather than steamy. “I don’t think I could find a trade paperback that actually has [photorealistic] people on it right now,” DeVita says. Larger-format trade paperbacks also lend romance novels more weight—both literal and figurative—than mass market volumes.

“A cover’s job is to make someone pick up the book and [want to] figure out what it’s about,” explains Colleen Reinhart, Associate Art Director at Penguin Random House and designer of The Roommate’s cover. The challenge for designers is to communicate the conventions of romance while also standing out from the rest of the shelf—hence the trend toward vivid colors and plot-related illustrations that convey details without customers even having to read the jacket copy.

Playful illustrated covers don’t always make it obvious that explicit sex scenes could be in store. “Because they can look very fun and young, they sometimes can look innocent. I’ve had friends of mine read books that I’ve done the cover [for] and have been surprised that they’ve been so steamy,” Reinhart says.

Leaning toward an aesthetic that’s more lukewarm than sizzling is one way that contemporary illustration has captured converts to the genre, seducing modern readers by removing the embarrassment of being seen reading something obviously titillating. As artist Nicole Linh Anderson wrote in a 2020 edition of her newsletter: “I would rather be caught dead than to be seen toting around a paperback copy of The Duke and I on my lunch break at my entirely male workplace.”

Close to half of the respondents of a 2014 survey of romance readers said they disliked traditional romance covers, finding them “cheesy” or “embarrassing,” and only 13% said that they had never hidden a novel. The expanded use of step-backs in the 1990s—covers with a demure top layer that cover the overtly romantic or sexual imagery of the page below—and the launch of e-readers in the 2000s were saving graces for many who prefer to keep their reading material to themselves. But there are counterpoints, too: “I don’t care if people see me reading romance,” says author Talia Hibbert.

Changing the look of the book is, perhaps, an imperfect solution to the larger problem of societal judgment of female desire. According to the Romance Writers of America, 82% of the billion-dollar industry’s readers are women. “It’s one of the few industries that feels very women-focused … both the creators and audience are [primarily] women,” says Reinhart. But sexist attitudes have meant that it is often denigrated and dismissed precisely because is seen as a ‘women’s genre.'”

“The stigma has been … lessened by using the illustrated covers,” Cindy Hwang, Berkley VP and Editorial Director says. But “I think there are still certain attitudes towards romance that will be very hard to eradicate completely.”

Owen Nicholls, author of “Love, Unscripted,” recommends books that will make you believe love is possible 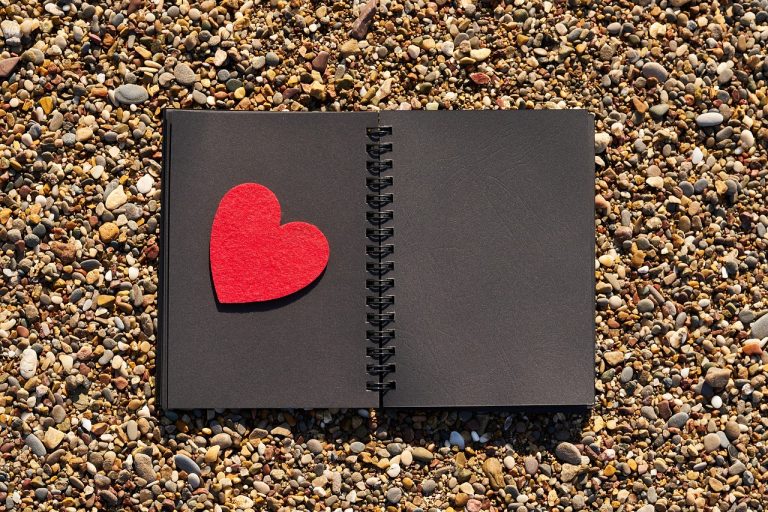 Covers are integral to how these stories are perceived. “Covers are marketing, and covers have to do a lot more work to do in a very crowded market,” says Sarah Wendell of the romance website Smart Bitches, Trashy Books. Canny marketers recognize that books are status objects, part of how readers present their tastes and identities online as well as on shelves. “There’s a new generation of readers who are so acutely aware of social media and how to use it, and illustrated covers just scream ‘photo op,’” adds bookseller Amanda Diehl of Belmont Books in Massachusetts. “The illustrated cover is more covert in saying, ‘This is a romance, maybe even a really sexy one!’”

Leah Koch, owner of The Ripped Bodice bookshop in Los Angeles (where I previously worked as a bookseller) says that illustration often “makes [romance books] more respectable to people who are not traditional fans of the genre.” She finds that particularly “cutesy” illustrations can be “infantilizing” or “come off as very, very PG,” toning down and perhaps missing opportunities to celebrate the genre’s innate sexiness.

Enticing new readers without conceding to sexist disdain about depictions of women’s desire is a difficult proposition. “Tricking people is changing attitudes. Because I think some people are only going to understand if they give the genre a chance,” Hibbert says. “The purist in me might be deeply offended by that approach, but there are some upsides … this newfound diversity in the range of cover options has made it so that queer romance novels, for example, can have much more interesting and maybe more accurate covers.”

Published romance is still overwhelmingly straight and white: The Ripped Bodice’s most recent industry diversity report showed that only 12% of books published by major imprints in 2020 were by authors of color. But illustration offers more opportunities to reinforce that thin, white, and heterosexual is not the only look of love.

Hibbert is happy with the illustrated covers Avon designed for her Brown Sisters series, which depict her main characters as described, with diverse bodies and backgrounds. For her prior self-published books, Hibbert says she struggled to find accurate and representative stock photography. Illustration allows for a broader representation than can usually be found in stock imagery, as it is limited only by the imagination rather than the boundaries of historical privilege. “Illustrated covers are the answer to a lot of our prayers,” says DeVita, because they can challenge entrenched marginalization and accelerate inclusive depictions of all kinds of characters. After decades of offensively exoticizing covers, for example (see the entire “sheik” oeuvre), the illustrated cover of Ayesha At Last features the strong profile of a hijabi heroine—as do its contents.

In addition to their broader visual appeal, covers also reflect changes within the pages of romance. Historical romance covers have trended toward strong solo figures, but the illustration craze has penetrated the subgenre on covers like To Love and To Loathe. Both kinds of covers indicate a textual shift in which increasingly modern values about gender and racial equality are translated into what is most often a vaguely Regency past (perfectly encapsulated by the podcast Heaving Bosoms as “England-times”). Now in both historical and contemporary romances, “pop feminism is part of the foreplay,” says Linh Anderson. Because in our times, she says, “there is nothing hotter than a ripped white man quietly absorbing an extremely rudimentary explanation about racial justice.”

Rita Frangie, Senior Director of Art and Design for Berkley, thinks that the way covers are “evolving and changing” will help tackle the stigma and marginalization that have hindered romance as designers take into consideration modern mores, relationships, and diversity. “I think more representation is being done and that’s probably one of the allures, how people are more open to romance these days,” she says.

The popularity of the Netflix show Bridgerton, based on Julia Quinn’s hit romance series, has also proved the prestige that a mainstream streaming platform can confer. Straight male colleagues who wouldn’t be caught dead reading a romance novel have unblushingly admitted to enjoying the show. New covers for the books were also rolled out after the series’ release featuring torso photography that straddles the needs of screen-driven realism (by alluding to the characters in the show) and fantasy projection (by not showing faces, so readers can imagine their own). No illustration necessary.

“Our primary goal now is not to let people assume that [things like Bridgerton] are isolated events, because the leadership and the respect has always been there, and to keep on pushing forward,” says Hwang.

In many ways, the illustration trend is helping to open up romance, allowing for greater representations of diversity and encouraging broader acceptance of the genre despite sexist stigma. But covers cannot solve pervasive problems; they simply visualize them and make them comprehensible. Covers will continue to evolve as attitudes do, using new techniques to attract readers to the world of romantic storytelling and welcome those already in the know.

“The language of [covers] has changed,” Wendell says, “but the goal is the same: to tell a potential reader, ‘This book contains happiness, so come on over and take a closer look.’”

The Challenges of Falling in Love As a Trans Vampire Archivist