Carmilla Is Better Than Dracula, And Here’s Why

Our modern archetype of the vampire is as a man: Nosferatu, Dracula, Lestat, Edward. But some of the earliest vampires in literary and popular fiction were women. J. Sheridan Le Fanu’s 1872 vampire novella Carmilla hasn’t taken hold of the contemporary imagination in the same way as Bram Stoker’s novel Dracula, but Carmilla did it first (by 25 years). And she did it better. The Dracula myth as it’s understood today might be better described as Carmilla in drag. And now, her renaissance is nigh.

If Dracula is our default vampire, Carmilla lurks behind him, languid and sulking in the shadows, waiting to be invited in. “I wonder whether you feel as strangely drawn towards me as I do to you; I have never had a friend—shall I find one now?” she asks her primary victim, the enthralled Laura, whose life force she feeds on. She might as well be addressing the 21st-century reader, rediscovering Carmilla as a formative part of the vampire canon.

Dracula has been constantly adapted in the years since its release in 1897, from the silent film Nosferatu to Francis Ford Coppola’s take on Bram Stoker’s Dracula. The character of the mysterious count, influenced both by Stoker’s book and later pop culture interpretations, informs the way we imagine vampires. Think about sexy Draculas of yore: Gary Oldman in the ‘90s, for instance, and all the other seductive man-creatures with pan-Euro accents. The glamorous sheen of the Dracula legend, though, is grounded less in the text itself and more in our reproductions of him.

The tropes we associate with 21st-century vampire fictions—linking of sex and the forbidden, romantic obsession, and physical beauty—map onto Carmilla more than Dracula himself. Sure, he turns Lucy Westenra into a vampire, but the text itself is more concerned with his real estate holdings and the dynamics of the vampire hunters.

In contrast, Carmilla is pure psychological horror: the titular vampire tells Laura, “You are mine, you shall be mine, you and I are one for ever.” For a better analogue of our modern vampires, look not to the dominating Dracula but instead to his seductive predecessor. Carmilla is, put simply, a really sexy book—a better predecessor to the 21st-century’s class of smoldering, sparkling supernaturals. By contrast, Dracula is a vampire in the Hungarian folkloric tradition: enthralling but not hot.

In Carmilla, the titular vampire circles her prey—a meek and obsessed nobleman’s daughter named Laura—until they are inseparable and in some cases indistinguishable. It’s a dance. Dracula’s primary motive is less about attraction and more about domination. It’s a violent text which loses sight of the attractiveness of vampiric stories: the sex factor.

Much of our knowledge of vampires in folklore comes from a 19th-century monk, Augustine Calmet, who wrote a treatise on the supernatural called The Phantom World. Calmet offers case studies on vampiric folklore and presents a version of the Hungarian vampire of “revenant”: a ruddy, bloated creature who looks quite different from the suave ladykiller we imagine Dracula to be. In popular culture, he is represented as a sophisticate, while the text paints him more as a brute.

Dracula, read straight from Stoker, isn’t even all that sexy. He has “massive eyebrows,” a mouth that is “fixed and rather cruel-looking.” As the original text portrays him, he’s more tyrant than heartthrob. “Even the deep, burning eyes seemed set amongst swollen flesh, for the lids and pouches underneath were bloated,” Stoker writes.

That textual description of Dracula matches up with the story of Arnold Paole, a famous “real vampire” case in Hungary. Calmet describes Paole as, above all things, vital: “His body was red, his hair, nails, and beard had all grown again, and his veins were replete with fluid blood.”

And the ways in which we’ve conceived of him—and the vampire legend more broadly—more closely resemble the mystery of Carmilla than the brutishness of Dracula.

Contrast that description to Carmilla, a vampire inhabiting the body of a countess and dripping in cat-like glamour. Repeatedly described by Le Fanu as thin, ethereal, and enthralling, Carmilla better approximates and predicts what sticks about the vampire legend: the glamor, the iconography, the aesthetics. It seems that even the modern reproductions of Dracula are more indebted to her than the character they’re nominally portraying. 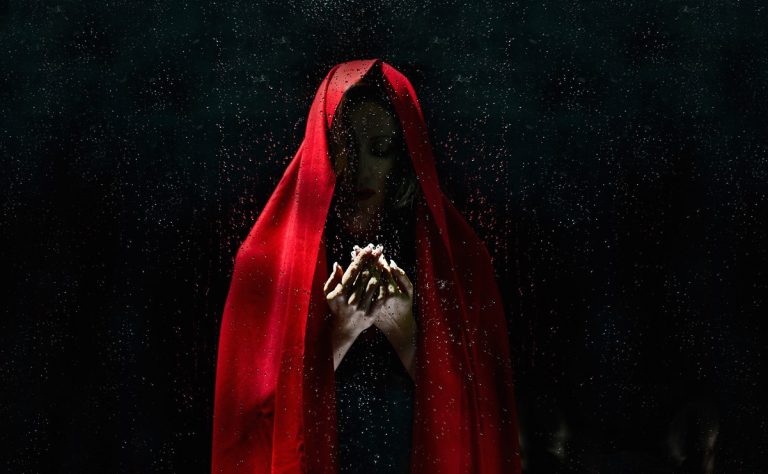 Carmilla is also a queer novel. In a sense, it’s a proto-erotic thriller, which renders it a more useful predecessor to our modern vampire love stories. As Carmen Maria Machado wrote in the introduction of a 2019 edition of Carmilla which she edited, “to contemprary eyes, it is impossible to argue with the queer currents that run beneath Carmilla’s text.” Though the social mores of the 1870s meant Le Fanu couldn’t explicitly couple the female protagonists, the queercoding is plain as day.

Vampires are our fictional cipher for the outsider, and represent the embodiment of our cultural fears of the unknown. Dracula, a foreign aristocrat encroaching on British land—and women—represented a xenophobic reading of otherness. Carmilla, however, embodied the otherness of feminine desire and queerness. The taboo of vampirism superseded the taboo of lesbianism. Because she existed outside the social contract, she was allowed to exist as her sultry self. But the threat is still there: this time, though, Carmilla as a character and as a symbol poses a threat to the patriarchy.

If we think of vampirism as a kind of procreation, then in the female vampire, we see an avenue for reproduction that doesn’t require a penis (though penetration is an important component). Lesbian vampires create and consume their victims at the same time. Fictional women have always been required to multitask, serving as Madonnas and whores, mothers and maids.

When Carmilla bites her, Laura feels “a stinging pain as if two large needles darted, an inch or two apart, deep into [her] breast.” If we think of a woman’s breast as both a site for feeding and for sexual desire, this act takes on an intimate, reproductive meaning as well as its obvious horror overtones.

And the linkage of women and reproduction in horror is one that resonates today. Women have always been the primary consumer of the horror genre. Why, then, is our default vampire a sulky dude?

Where Dracula is a singular entity, Carmilla and Laura are the dark and light halves of the self, and they’re drawn to each other. That pull is the novella’s animating psychological force. Dracula as a text and Dracula as a character are more concerned with land deals, empire, and the propagation of a vampire race. But Carmilla’s inherent intimacy makes it a more appropriate template for our modern vampire myths.

In some ways, Dracula’s main function now is as a reference point. Stoker’s novel popularized tropes of the vampire myth ranging from garlic to coffins, and the sheer endurance of Dracula as a character put all subsequent Western vampire fictions in conversation with the Count.

As Nina Auerbach puts it in Our Vampires, Ourselves, “There are many Draculas, and still more vampires who refuse to be Dracula or to play him.” And it’s interesting to think about the parts of the legend we’ve shaved off or collectively rejected. When Dracula brought vampire stories into the cultural fore, vampires weren’t sexy or sparkly—they represented the brute nature of death more than the death drive and desire that animates much of our modern connection with vampire stories.

Because the animating force behind our interest in vampires is the connection between desire and death, sex and sin. We think of Dracula as a relic. Carmilla is spared that historical scrutiny in part because it was never as famous as its Transylvanian successor, but also because her story continues to resonate today. The tale of obsession, queer desire, and Gothic intrigue feels as enthralling in 2020 as it did in 1872.

Douglas A. Martin on writing a queer novel about Branwell Brontë

A Queer Gender-Swapped Retelling of “Frankenstein”