Oprah’s Talk Show Made Me the Man I Am Today

In 1987, an episode of "Oprah" helped give me the courage to be proudly queer and trans—and inspired my novel

Cable wasn’t available where we lived in rural Ohio, but my father had splurged on a satellite dish. New-fangled and cutting-edge, the big, half-moon monstrosity shot up its invisible rays to the heavens from the corner of our weedy vegetable garden, delivering the gifts of MTV and movie channels, and a carousel of sitcom reruns: The Brady Bunch, Different Strokes, Who’s The Boss, Three’s Company.

But no matter what else was on, at four o’clock, I turned to the Oprah Winfrey Show. Oprah talked to everyone, famous or not. She carried herself with a kind of authority, but was funny and charming, an adult I wanted to be around. Everyone was watching her. My teachers, the girls on my basketball team, my mother on her days off. My coach said Oprah cared about real people. 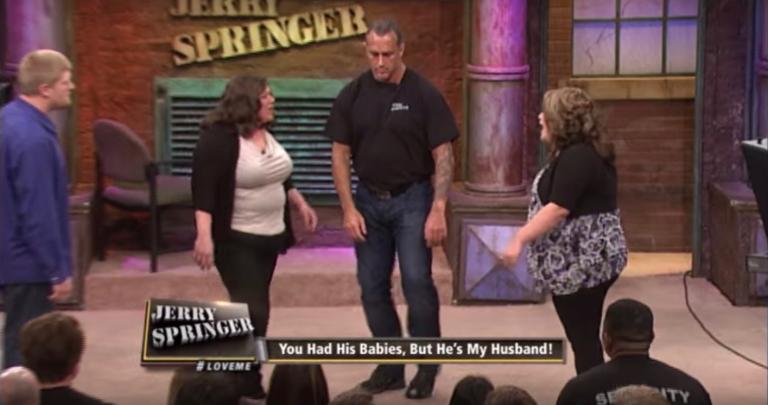 Today, Oprah was on the road, broadcasting from a small town in West Virginia. Two, maybe three hundred local citizens filled the auditorium. They were there to talk about the controversy that had put their little town in the national news that summer, after Mike Sisco, a 28-year-old gay, HIV+ man, had gone for a dip in the public swimming pool. When he got in, everyone else clamored out of the pool and ran, as Mike described it, “like in those science fiction movies where Godzilla walks into the street.” The thing is, by 1987, the public knew, or should have known, that AIDS could not be transmitted by swimming in the same waters as someone who was positive. The mayor ordered the pool to be drained and disinfected, and Mike was barred from returning. Mike was the monster. The monster was AIDS.

In 1987, after over 40,000 people, most of them gay men, had died of AIDS in the United States, after six years had already passed since the first known death, President Reagan delivered his first public speech about AIDS. Instead of focusing on sex education, the government fanned fear and prejudice. In 1986, conservative author and journalist William Buckley wrote an op-ed in the New York Times calling for “AIDS carriers” to be tattooed. A family in Florida whose three hemophiliac sons were infected from blood transfusions had been forced out of town, their home set on fire.

The hysteria around AIDS defined the ’80s, and like most kids during that time, I soaked up all the fear and disgust, without understanding the pain and grief: the images of AIDS patients in Time or Life; snippets on the evening news; Ryan White attending class via telephone; and the endless jokes at school—Gross, don’t touch me, you’ll give me AIDS. Homosexuality was a sin, and here, on TV, was more proof. If you were queer, you would die—and everyone hated you.

On Oprah, a man in the audience stands up to the mic. “I am repulsed by the man’s lifestyle. I am repulsed by his disease,” he says. “Nature will take care of something that’s wrong, it will eradicate it.” When he proclaims that gay men will become extinct “from the face of the earth in no time,” the audience breaks out in applause.

As the audience unleashes their vitriol, Mike sits there, listening, occasionally smiling, occasionally frowning, but mostly, his face is controlled, a protective mask. He wears a snazzy purple and green sweater, an earring glinting in his left ear. In a calm voice, he describes the pain of being ostracized and rejected. He’d been suicidal, depressed. For months, cruel outlandish rumors and lies had swirled around town, including that Mike had been seen licking the fruit at the grocery store, intentionally trying to infect people. His sisters and parents had welcomed him home, but now they too were struggling: “They were afraid to show the love they had for me… they were afraid of what the community would do to them,” he says. Mike left Dallas, where he’d been living, because he wanted to come home to be with his family: “I was dying, and I thought [the town] could overlook the fact that I am a homosexual and see that I need some compassion and to be in my hometown.”

My heart thudding, I held the remote in my hand, my fingers alert—if my mother walked in, I would quickly change the channel. A feeling of secrecy and wrong-doing hummed inside me. Did some part of me recognize myself in Mike, in his queerness, in mine? Or did the show stay with me out of a fear that I would become like that, that I might lead such a sad, lonely life? I was a quiet kid who lived by the rules, content to slip into other lives through the books I read and the thrill of imagination: I never expected that one day I would start to let the world see my hidden self or that I would even want to be seen. I never expected the TV episode to lodge itself into my brain, to be remembered years later, a story that hung around, an impression, a shaping.

Twenty-five some years later, I started to write about a man who gets kicked out of his hometown pool. The scene grew into my novel, The Prettiest Star, about Brian Jackson, a gay man with AIDS who leaves New York City to return to his home town in Appalachia in 1986. The novel is about secrecy, shame, and denial, and it’s also a story about a family, about love and redemption.

Brian’s story is not my story. I didn’t lose close friends or lovers from AIDS. But I understand what it means to feel estranged from your family and hometown. How shame wears a person down. How for queer people the story of home is a complicated one, with no single door.

I came out as queer in my early 20s. Still, for years after that, I hid inside my body, performed gender, pretended. Not until my 30s, after I’d learned the words to express myself, after I’d met other trans-masculine people and built a supportive community, did I start to let go of some of that shame. Transitioning didn’t come suddenly, but was a slow journey, saddled by fear, like trekking out of a dark canopied forest that is the only home you know and then stepping into a clearing: here is the sky, here is the sun. You are here.

In my research for The Prettiest Star, I learned that Oprah had returned to Williamstown, West Virginia in 2010, 23 years after the original show. This time, Mike wasn’t there—he died in 1994. According to his sisters, after the show in 1987, Mike left town and moved to California. They said Mike didn’t regret going on the show, despite all the ugliness and hurt; he’d wanted to educate America about AIDS and gay people. He wanted to make a difference.

After re-watching the original tape, Oprah says she felt struck by Mike’s bravery and profoundly disturbed by the audience’s lack of compassion. The man who proclaimed AIDS would eradicate gay men was invited back on, and only after Oprah prods him does he admit minor regret about what he said. But he doesn’t apologize, not really. Instead, he frames his homophobia by expressing concern for Mike—wouldn’t he have found better healthcare and more understanding in a city (far away)?

In a startling moment, Oprah addresses him—and so she addresses us, the viewers—“But who are you?” She asks: “Who are you, Who am I? Who are we to say whether or not a person can come home to be with their family?”

As a country, we need to face our collective response to the men, and women, whose lives were cut short by AIDS, and who were victims of the homophobia, shunning, and cruelty that played out in small towns, in families, in cities, and in the national landscape. In The Prettiest Star, I try to bear witness, to tell Brian’s story, a story about the pain of homophobia, about queer existence and visibility and survival.

That day in 1987, the Oprah episode reaffirmed for me what the world had been telling me: if you were gay, you would be ostracized. You would be cut off from friends and family, and hated by your country. You may die from a terrible disease. I wasn’t at all surprised to hear a man say he was repulsed by gay men or hoped for their extinction, or by the audience’s applause.

But something else stuck with me, too.

Back then, I didn’t know any gay people, let alone trans people. No one was out of the closet in my town. There was little to zero queer representation in pop culture or the media, except in the way of jokes—Jack on Three’s Company faking gay by adding a lisp or flip of the wrist—or the occasional villain or clown, always minor, always expendable.

I’m certain this was the first time I saw a gay man with AIDS tell his side of the story. A gay man who lived in a town like mine—a gay man who looked like my cousins, my neighbors. Who wasn’t wealthy or living in a far-away city. He was someone I recognized. And, maybe seeing him on TV, showed me another possibility: you could live your life with courage, without shame. Like Mike Sisco. Who, on a hot summer day, in a small town in West Virginia in 1987, went for a swim. And, then, he went on the Oprah show, in front of millions of people, to declare that, as a gay man with AIDS, his life had value.

12 Books on How Midwives Are Changing Childbirth

What to read if you’re curious about alternative childbirth practices

Who’s Afraid of the Gender Apocalypse?

A Hoagie by Any Other Name Makes Me Just as Hungry

Shelley Wong, author of "As She Appears," recommends poems that are tender, joyful, declarative, and collective