Who is Paradise Really For?

Cherie Jones's novel "How The One-Armed Sister Sweeps Her House" examines race, class, and tourism in a fictional Barbadian town

In Cherie Jones’s debut novel, How The One-Armed Sister Sweeps Her House, the fictional Barbadian town of Baxter Beach looks like paradise. Soaked in sun, rich tourists, and sugary alcoholic drinks, what outsiders may call paradise is really a false reality for locals.

The titular story is told to Lala as a teenager by her grandmother Wilma: it is about a sister who has “a taste for things that her mother tell her not to have.” She defies her mother, visits a forbidden tunnel, and loses her arm during a struggle to escape the evil lurking in the darkness. It’s a cautionary tale that is meant to serve as a warning, but instead, Lala imagines the limitless possibilities the one-armed sister—and subsequently, her herself, can live. Years later, Lala is pregnant and embroiled in an abusive marriage to Adan, a carnival unicyclist. But it’s the murder of a rich white tourist that sets off a whirl of chaos that goes from bad to worse, as Jones explores the cycle of trauma that is fed by toxic masculinity.

Over the phone, Cherie Jones and I spoke about the harmful effects of tourism, generational trauma, and who is paradise really for.

Yannise Jean: There’s so much going on in this novel. You’re exploring tourism, violence against women, class, and race. You open up the novel with Lala’s grandmother telling this story about the One-Armed Sister Who Sweeps Her House, which is essentially a cautionary tale, warning women about the consequences of not listening to their elders. I guess you could say it applies to all the women in the novel, but I found Lala’s reaction to it to be particularly endearing. She doesn’t see the sister losing her arm as a hindrance, instead, she’s thinking about how this sister can still live the life that she desires. Was this tale something you heard before?

Cherie Jones: No, that story is one that I made up for the book. But there are so many local tales that elders would say to younger people as a caution against something that they don’t want the children to do. For example: if it’s going out at night, the grease man or other mythical characters could get you and it’s just a way to try to scare children off.

YJ: Right, and the story certainly alludes to what happens between Layla and her husband. Their relationship is quite toxic and abusive, but overall there is a lot of violence within the book. A lot of the violence is endured by the women in the novel is at the hands of men. Violent scenes can be difficult to write, what was the process like to write those scenes? 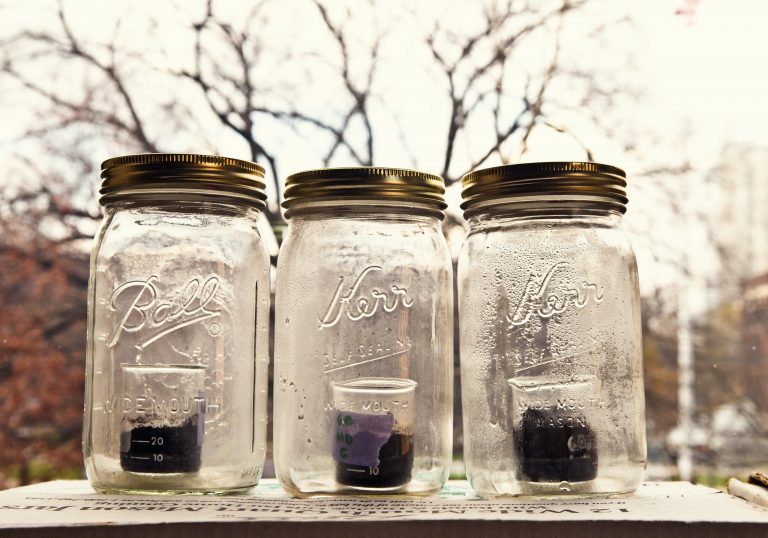 CJ: It was actually quite difficult to write as I’m a survivor of domestic violence. When I first was inspired to write this story and heard [Lala’s] voice, I think I probably internally resisted it. From a personal perspective, I felt it would be uncomfortable to do. One of the things that I’ve always treasured as a writer is the ability to review things quite dispassionately. I think that’s usually best when you’re trying to tell a story because you have to be faithful to the story and nothing else. So, I resisted that. I didn’t want to glorify the violence itself and that was a deliberate choice that was important to me because I didn’t want it to become like a voyeuristic type of novel. I didn’t want anybody reading it to get lost in the details of violence as opposed to the psychological reports that come out from it so I want to focus a little less on the acts themselves, and more on the repercussions.

YJ: Repercussions are essential to the theme of How The One-Armed Sister Sweeps Her House. There is a cycle of violence and the inheritance of trauma that runs through the novel, with Lala—who at a young age imagines a different life for herself—sees her adult life reflected in her grandmother’s. It seems like this kind of treacherous cycle is a normal occurrence on this island. Why do these women accept this cycle of violence?

CJ: I think it was important to explore it from the perspective of being down through generations and the cycle of abuse because I can’t just sit and write and say what causes violence. There are things that I’ve observed around me that I think contribute to it. There is this culture that is cultivated in spaces like this, where older women tell younger women that they should expect and accept this kind of abuse. I witnessed that violence within my family. I think there are a lot of generational, cultural, and traditional norms and values—if you could call it that—that we have in the Caribbean region that contributes a culture of violence. It’s really important that if you’re going to explore those elements, that you include the history of it, whether it’s at the micro-level or a macro-level. For me, I wanted to examine the impact violence has and the repercussions, not only on the person who is subject to it but on subsequent generations and how it comes out of past generations.

YJ: Besides the domestic violence, there’s also this discussion about race and tourism. It made me think of the current pandemic we’re in now, with people traveling to the Caribbean, putting these locals at risk for their gratification. Tourism is ingrained in their ecosystem, they kind of rely on these travelers, and tourists take advantage of that. You kind of juxtapose the paradise that tourists experience to the realities of Caribbean life that the locals live. It was good to experience Barbados through your eyes as a Barbadian.

CJ: Tourism is so ingrained in our culture and who we are as a people that we don’t recognize it as a simple thing. The fact that if you go to the West Coast, which is considered a prime spot for tourists vacationing here and wealthy tourists, is that you’ll notice the police station is going to look a lot different. The market is going to look a lot different with just how everything is laid out. There is this type of sort of fantasy. That becomes clear when you look at these areas. And I think that spills over without thinking about it.

We had a court case where the judge was saying everybody in Barbados is entitled to be safe and not to have their place burglarized and so on, but you know tourism is part of our economy. It was important to make it clear that there’s another perspective. This is real life and all human life is complex and it has many faces. We all have this particular interest in wanting to present our best face, but I wanted to explore something different.

YJ: Yes, there’s always that discussion with authors of marginalized identities writing about their culture. It becomes a question of what audience you’re trying to appeal to. But you approach your story from a nuanced position. While drafting, were there any particular Caribbean authors that stayed with you while you wrote?

CJ: I like Earl Lovelace, Jamaica Kincaid, I mean, there are so many authors whose work I appreciate and understand, in terms of writing this book. I can’t say there’s only one Caribbean author who inspires me, I believe my writing is the total of all the wonderful work I’ve read.

YJ: There’s very little light by the time we get to the end of the novel. How did you come to the conclusion you did?

CJ: I felt like the ending was true for the story. Besides the trauma, there is also the side of survival. Everyone is trying to survive in different ways: Wilma tries to protect her daughter and granddaughter from her husband. Lala is trying to protect herself and her baby from Adan and so on. There is very little light, but with survival, you can still come out somewhat unscathed, maybe even better than before. That is the impetus that was important to show,  the resilience of these women, and how they survive despite everything.

The Infinite Doors at the Center of Myself

A Post-MeToo Novel About the False Promise of Female Empowerment

A Novel About Race, Class, and Gender Set on the Oil Fields of North Dakota

Jung Yun, author of "O Beautiful," on corporate colonialism and the perils of being a woman in a hypermasculine environment

Clare Beams, author of "The Illness Lesson," on hysteria at a 19th century all-girls boarding school