What Does It Mean to Be a Poet in a Country Full of Great Poets?

In Chilean Poet, Alejandro Zambra’s main character Gonzalo goes from being an acne-stricken teenager in love with Carla and poetry to a middle-aged professor. Along the way of this intensely energetic novel, translated by Megan McDowell, we see Gonzalo reunite with Carla, who at this point has a six-year-old son, Vicente, an adorable little fellow dedicated to a cat named Darkness. The three become a step family (though “step” doesn’t exist in the same way in Spanish), and just when things start to solidify, a loss of a baby results in the family falling apart, and Gonzalo moving to New York.

Time moves forward and we meet Pru, an American journalist in Chile on an ambiguous magazine assignment. After flirting with the idea of writing about the country’s stray dogs, she settles on an investigation of Chilean poets. Here the novel turns into a hilarious catalog of the Chilean poetry landscape:

“Being a Chilean poet is like being a Peruvian chef or a Brazilian soccer player.”

The country of under 20 million people has long been known for its impressive roster of poets including two Nobel Prize winners, Pablo Neruda and Gabriela Mistral. Zambra fills Pru’s notebook and introduces to real living poets in the novel:

“I get the impression that Chilean poets love to give interviews. Some of them told me ‘write this down’ or ‘this is important’ or ‘you can use this.'”

The muse of her poetry article is Vicente, now 18 and an aspiring poet himself. They land in Pru’s hotel room after they meet when Vicente rescues her during a late-night vomiting fit. The incident leaves Pru, who is 31, wondering about the age of consent in Chile. Meanwhile, Vicente becomes unbearably infatuated with her. Into this mix, Gonzalo reappears in Chile and walks into a bookstore at which Vicente works.

Hilarious, touching, and a phenomenal jumping off point for deepening your knowledge of Chilean poetry’s varied, mercurial characters, Chilean Poet dives into what families are, fathers and sons, and literary pretensions.

Via email and through the gracious translation of Megan McDowell, I talked to Zambra—who lives in Mexico City with the writer Jazmina Barrera and their son—about living the writing life, being an insider looking through the eyes of an outsider character, and his hopes for a new Chile with the Gabriel Boric administration.

J.R. Ramakrishnan: I am curious to hear about your methods for writing and living, especially since your wife is a writer too. Do you and your wife share work with each other? Is your son showing any signs of being a poet?

The Beginning of Our Quest for Your Mother’s Missing Body

An excerpt from ‘The Remainder’ by Chilean author Alia Trabucco Zerán, translated by Sophie Hughes 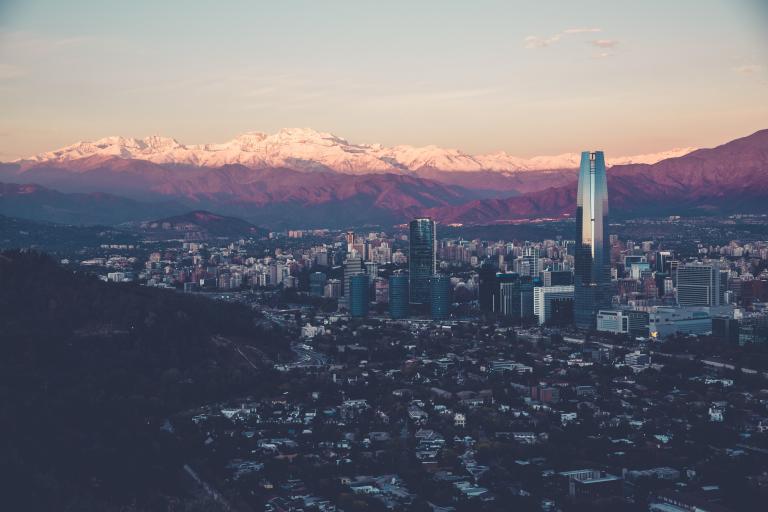 Alejandro Zambra: Yes, Jazmina and I share our writing with each other all the time. As for my son—we’re all poets when we’re kids, aren’t we? Later we gradually turn into novelists, unfortunately. Still, so far, at four years old, he has only declared his intention to become an astronaut, a singer, and an epidemiologist. Although a few days ago, when we were eating lunch, he told us that he was also a writer. We asked him what kind of books he wrote, and after thinking for a second, he said, with utter surety: “books for grownups.”

JRR: It was incredibly easy to fall in love with Vicente. I was especially charmed by his determination to drink espressos, and to save Darkness. I am assuming you’ve stolen all the adorableness from your own son! Do you expect he will read the book in the future?

AZ: I’ve always had cats in my life, but during these recent years, sadly, I haven’t had one. And my son is very young, he was only two when this novel was published, so much of Vicente’s cuteness is unique to Vicente. I suppose someday my son will read my books, but there are millions of books better than mine in this world, so I would rather he read those. And I’d like him to use the time he would spend reading my books on coming to visit me in the nursing home.

JRR: The plot of the novel turns on Gonzalo’s secret application to do a doctorate in the US, which is a decision made after Carla’s assertion that they would not try to have another baby. Is there a literary pursuit vs. being a parent dilemma (one perhaps normatively associated with women’s choices) here? Surely, he couldn’t have really thought Carla was going with him?

AZ: People have believed much crazier things than that! People can convince themselves of many things, if they want them badly enough. I’m on Carla and Vicente’s side here, but I’m still friends with Gonzalo, so your question puts me in a very uncomfortable position… About that dilemma you mention, I think all things can be worked out if there is a huge amount of honesty. But I’m not a couple’s therapist. If only!

JRR: Pru is an outsider looking in. You have lived outside Chile for a while. Could you talk about imagining her, and seeing and observing as her, even though you have deep intimacy with the scene yourself? Her impressions are quite spicy and her final article has some strong reactions from the poets. I wonder what the contemporary Chilean poets think of your novel? Do they still talk to you?

AZ: Of course they do. I’ve lived outside Chile for five years and writing this novel was somehow a way of recovering my country that I miss so much. So finding Pru was maybe a way of dealing with my own homesickness. We are all so stupid and smart and funny and boring when looked at closely. And Pru is able to really watch us. She is at a disadvantage, because she is a woman in a male dominated world, and because her Spanish is good but not good enough for reading poetry. Plus, she has never really been interested in poetry, not U.S. and obviously not Chilean poetry. And yet she writes that article and puts all her heart into it. What I like most about her is that she is really watching that world, she goes beyond her prejudices and makes an honest, self-critical effort to comprehend its atmosphere. This is a novel about playmates and about the moment when playmates become family. I think that moment is very important: when your friends become as important as, for example, your family, so you forget that your friend is not your biological brother.

JRR: There is a lot of meditation on artistic failure (and precarity) but I was most amused by Leon (Vicente’s biological father) and his harmonica aspirations. By the end, Gonzalo doesn’t even identify as a poet. What is your experience with dealing with failure, which must contrast to this moment of being lauded as the next Latin American “breakout” literary star in the US with this novel?

AZ: Well, I would hope that I and the people I love could go beyond the failure/success dichotomy, I just don’t think it’s useful for understanding life. A book just published seems to be an example of something “done,” but writing is about failing. I mean, writing is writing badly. I write a lot every day, mainly terrible sentences, and maybe once a month I’m able to write a full sentence that I cannot erase. And for that not-totally-erasable sentence to exist, I had to write all those previous, apparently useless words. That’s what this job is about. Sometimes you decide to publish things, sometimes you decide to burn them and forget them. Sometimes you get some praise, sometimes you don’t. It is not a better job than others, it is just a position you had the beautiful luck to choose. And there is certainly a deep satisfaction when you love your job. Most people hate their jobs, but I love mine. That’s not the same as success, but maybe it’s a better metric.

JRR: A more general question: Are you hopeful (or exuberant?) for the future of Chile with your new president who is 35?

AZ: Yes, I am hopeful and exuberant, for a thousand reasons, although hope is not a simple feeling these years and especially these days that remind us the world is still stuck in the 20th century. There are many signs of hope in my country—we are about to toss the Pinochet Constitution into the trash, just for starters. And there is a new generation of politicians who are envisioning power differently. The coming years are going to be crucial and hard, but I do have hope.

JRR: Which new (or new-ish) Chilean writers do you think should be translated as soon as possible for the English-speaking world?

AZ: Like one hundred! I mean, there are so many good writers in my country, it would be unfair to name only a few, or even a lot. Take the case of Juan Emar, one of the most important Chilean writers in history, who has just been translated into English by Megan McDowell in a beautiful edition published by New Directions. It was the first book that Megan ever translated, but it took her 15 years to find an editor. I’m so happy that some friends of mine who don’t speak Spanish are now able to read him. I think I wouldn’t have written a word without his daring and refreshing company.

Like the Salons It’s Named For, “Tertulia” Is a Political Meeting Disguised as a Party

Teaching Orphaned Girls to Be Heard Through Poetry