What Would America Look Like If Hillary Never Became a Clinton?

Curtis Sittenfeld, author of "Rodham," on how all fiction is fanfiction

In Rodham, Curtis Sittenfeld tells a story about someone we think we know: Hillary Rodham. Of course we all know about Hillary Clinton, Yale graduate, ambitious, at the forefront of women’s rights, the woman who met and fell in love with Bill Clinton, a man with the charisma and drive to match Hillary’s. We all know about the soon-to-be Mrs. Clinton. But, who we don’t know is Hillary Rodham. Sittenfeld has created the character Hillary Rodham through a course of reimagining history in order to answer the question, I believe more than one of us has had throughout our knowing of Hillary as a public figure: What if Hillary had never married Bill?

It is an interesting premise, the idea of reimagining the life of someone by changing one crucial fact that leads them down the path to the person we all know in our reality and presenting an entirely separate universe of possibility. Over the four decades following her decision not to marry Bill Clinton, Hillary Rodham creates her own political path. The journey of reading Hillary Rodham’s life feels like a deep dive into a parallel universe, that in some ways would be a refreshing reprieve from our current political woes but also present some lasting changes without such positive outcomes.

I spoke with Curtis Sittenfeld about genre labels, her choice to write about someone so famous, and what 2020 would look like if Hillary were our president.

Tyrese L. Coleman: While I don’t know exactly how I would label Rodham, to me, it is more along the lines of historical fiction, however, there are others who have referred to the novel, or parts of it, as fanfiction. Not to disparage the term or imply anything negative about fanfiction, but is Rodham fanfiction, why and why not, and how do you feel about the novel being compared as such?

Curtin Sittenfeld: I have no problem with Rodham being called fanfiction. I think it meets the definition, though I also have wondered if all fiction is fanfiction. In general, it seems to me that genres and labels are used more as sales tools by publishers and bookstores and less by readers or writers.

TLC: Like Rodham, your 2008 novel American Wife is also about a woman whose life is complicated by politics, her own and that of the men in her life. What draws you to writing about the private lives of women within the public sphere, specifically politics?

CS: I’m still making sense of what made me write both American Wife and Rodham. I’m tempted to say it’s the particular stories of individual people, but two very political books do start to seem like a pattern. In politics, pushing some sort of agenda is supposed to be in the forefront, and personalities are supposed to be in the background, which has the perverse effect of making me more interested in the personalities. Meanwhile, when personalities are in the forefront—in many reality TV shows, for example—I’m less interested in them.

TLC: American Wife was the story of a fictional First Lady whose life is similar to Laura Bush, but the book is not explicitly about Laura Bush. Why did you decide to make Rodham about a specific historical figure instead of fictionalizing the main character like before? What did you want to reveal or what did you hope to reveal by personalizing this character and making her the actual person we know and whose history we are already familiar with?

CS: I used real names in Rodham for a rather small and mundane reason, which is that I didn’t want to confuse the reader. If I changed Hillary and Bill’s names to, say, Helen and Bob and I also changed the historical timeline—having “Helen” choose not to marry “Bob”—I worried that the two changes together would confuse or distract the reader. The reader might think, I thought this was about the Clintons at first, but maybe it’s not. My logic was similar to that in a science experiment where you change only one variable at a time.

TLC: As I read, I often found myself comparing the history that I know about the real Hillary Clinton and the story presented by Hillary Rodham that you give to us. I realized that I ran two separate narratives in my mind: the real history vs. the fictional one. I am sure you anticipated that readers would do this. How do you want readers or how do you expect readers to balance the different narratives? Especially when historical events occur that are very similar but significantly changed, for example, the interview that Bill and his wife, in real life and in Rodham, have with 60 Minutes regarding sexual assault allegations.

CS: When I was a graduate student at the Iowa Writers’ Workshop, the then-director, Frank Conroy, would say that fiction is a conversation between the writer and the reader. I think this conversation is especially complicated and interesting when the reader brings certain knowledge or expectations to the story, and the writers knows the reader is doing so, and the reader knows the writer knows. I suspect that each reader’s experience of Rodham is a little different, but of course that’s true with every novel.

TLC: How did you decide what real life historical events were necessary to include in Rodham and which ones to change or omit?

CS: I went on a case by case basis in terms of thinking of what was most interesting or held the most resonance. Certain events from the past can feel like they contain a different meaning than they did at the time based on everything that’s happened since. For instance, the Supreme Court confirmation of Clarence Thomas has extra echoes after the Supreme Court confirmation of Brett Kavanaugh.

TLC: There are two relationships that I find myself drawn to the most. One is obviously her relationship with Bill. Would you say that Bill is the villain or antagonist of this book or is Hillary her own antagonist?

CS: This is a great question that I think might be better left to others to debate. One of the reasons I’m drawn to novels as both a reader and a writer is how they’re complex, open to interpretation, and subjective.

TLC: I am going to admit something that would probably get me kicked out of any feminist group I try to join, but toward the end of the book, I started to actually feel sympathetic toward Bill. Granted, I don’t think he deserves my sympathies, but I found myself sucked in by the charm you gave him on the page. I couldn’t tell what was real and what was part of his innate politician nature, or, have I been brainwashed by patriarchy toward these emotions.

CS: Interestingly, during his presidency, a lot of feminists supported Bill Clinton (including in their assessment of his involvement with Monica Lewinsky). My goal in Rodham wasn’t to eliminate Bill from the historical record or to make marrying him seem ridiculous or off-putting. In fact, my goal was the opposite—I wanted Bill and Hillary’s fictitious break-up to be devastating. Making difficult choices isn’t usually fun in real life, but it can make for a gripping novel.

TLC: The other significant relationship is between Hillary and her mentor Gwen Greenberger, a Black woman legal professional from Yale and who is one of Hillary’s closest friends in the novel. Is she based on a real life character in Hillary Clinton’s life? If so, who? If not, why did you choose to include this character?

CS: While some parts of the novel are based loosely on real-life events that are part of the public record, I didn’t attempt to specifically portray any real people or situations. That said, I did want to grapple with the way white feminists have often, going back hundreds of years, failed Black feminists.

TLC: For me, what Gwen reveals are two things: 1) a certain level of blind ambition on the part of Hillary Rodham where she is more concerned about her own historical rise than what her success would mean in the long run for others, and 2) the complexities of race v feminism. For me, Gwen’s feelings and her behavior rings true to how many Black women feel when it comes to white women like Hillary Rodham (and in some ways, Hillary Clinton) — that when push comes to shove, they will think of themselves over the good of minority women.

11 Literary Characters Who Should Run For President

One’s a pig, one’s a five-year-old, and one’s a cocaine-using jerk, but hey: the bar is low 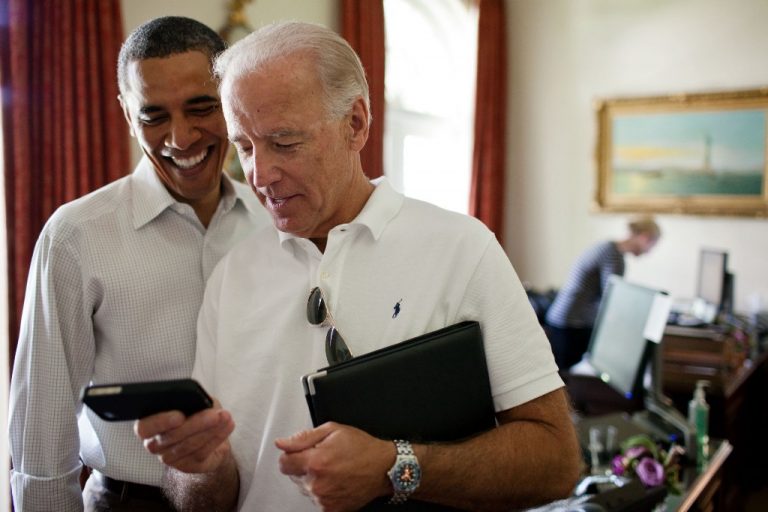 TLC: We are suffering with a global pandemic that has taken millions of lives all over the world. In this country and aboard we have seen widespread protests and outrage over the police murder of George Floyd,  Breonna Taylor and others, giving renewed vigor to the Black Lives Matter movement. 2020 in real life feels like a much more volatile time than it could’ve been because Hillary Clinton did not win the 2016 election. How do you imagine Hillary Rodham would handle these unpredictable, unprecedented times?

CS: There are so many reasons I wish Hillary had been elected in 2016. I certainly think she’d have approached the pandemic in an organized, compassionate, science-focused way. I also think that even though the real Hillary does not have a perfect record when it comes to fighting racism and racial inequality, she has worked toward racial justice for most of her career, and she made continuing to do so an explicit part of her presidential platform.

When I watched news clips or read articles from the 2016 presidential campaign cycle while writing Rodham, I was often struck by the cynicism, skepticism, and hostility directed at Hillary, as if the fact that she’s not perfect (and I don’t believe any political candidate is perfect) meant she was no better than her opponent. I sometimes think that if she had become President, an unprecedented level of ugliness and criticism would have been directed at her. Still, I’d vastly prefer a contentious world where she was President than the contentious one where she isn’t.

Tolerating Friends on a Holiday in Cannes

"Travelers Must Be Content" by Mavis Gallant, recommended by Brandon Taylor

Solo Dancing With an Invisible Partner in Rynok Square

Moments of hope, resilience, and joy are as visceral and important as images of war for Ukrainians