A virus outbreak makes us aware of the presence of death in our lives. Or one could say that the threat of a virus makes us aware of the fragility of life in a progressively estranged world. Older virus outbreaks provide information to fuel medical awareness. Scientists are currently researching the similarities between survivors of Ebola and patients with “long Covid” in order to develop treatments to combat the coronavirus. By the same token, reading about the human toll of Ebola can help us understand how our communities can be a driving force on the road to recovery.

“The history of Ebola is punctuated with speculations, questionings, incomplete answers, and a whole lot of theories,” notes a narrator in the novel In the Company of Men (original title: En compagnie des hommes) by Franco-Ivorian writer Véronique Tadjo, translated by Tadjo and John Cullen.

What are the facts? The Ebola virus first emerged in West Africa in 1976 but from March 21, 2014 to June 2016, it had a deadly effect in Guinea, Liberia, and Sierra Leone with 11,323 confirmed deaths. The difference with coronavirus is that Ebola is less contagious but more deadly—the virus has a 50 percent mortality rate. The Ebola virus is transmitted through bodily fluids and can lead to fever, muscle aches, vomiting blood, and death by organ failure.

Tadjo’s first-person narratives reveal a varied ensemble of storytellers who recount their experience: a doctor, a gravedigger, a foreign volunteer, a distant relative of an orphan, a man who loses his fiancée, the Congolese researcher who discovered the virus, and more. But humans are not the only narrators in the novel. The author also writes from the point of view of the sacred Baobab tree who represents nature and serves as the voice of reason; the criticized Bat who spreads his wings to reveal its consciousness and wisdom; and the omnipresent Ebola virus itself. The novel’s layered story highlights the faith and commitment of those who were involved in the management of the epidemic, and the ones who’ve bravely battled the virus.

Relying on African oral tradition, the story unfolds through the wisdom of the ancestral Baobab, the mythical symbol of the bond between nature and mankind. The voice of the Baobab calmly and powerfully leads us through the crisis. The tree shows the link between humanity’s exploitation of nature and the epidemic and warns that if human greed lingers on, nature will give us more viruses, pandemics and disasters. “Humans today think they can do whatever they like,” whispers Baobab.

How understanding this cinematic trope can illuminate COVID-era exploitation 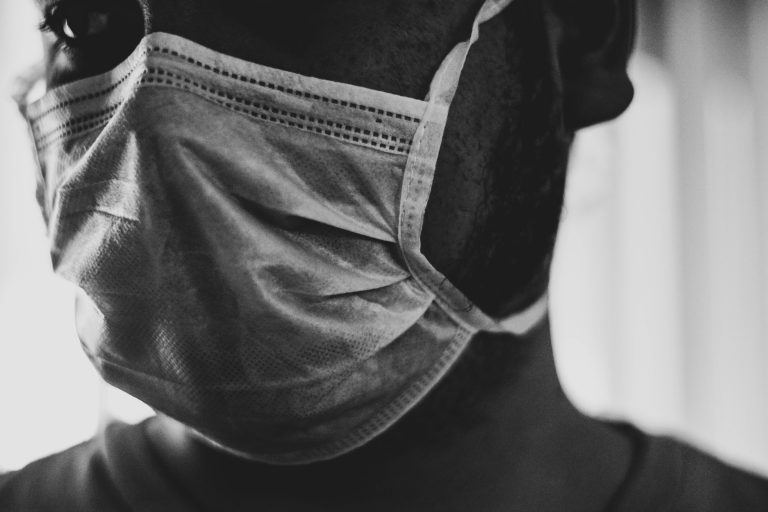 The multiple angles in Tadjo’s story together form a poignant reflection on the Ebola crisis, which is underlined by the perceptiveness of all characters. Through the polyphonic narrative the author informs us how a viral threat exposes our weaknesses, but also highlights our connection. A crisis gives us space to reconsider how we depend on one another in society, because the death threat discards cultural hierarchy and economic privileges. In the ongoing pandemic this interconnection has become glaringly visible: people in “low-status” jobs are most essential.

The Ebola virus outbreak, as described in Tadjo’s book, unraveled through a chain reaction. The poor and socially disenfranchised were the first affected, and the least likely to have a safety net. The people who were desperate to survive and hunted and ate the Bat, unleashing the virus; they were then condemned to fight the battle against Ebola alone, as if their lives were deemed worthless.

The crisis accelerated through fear and ignorance. One of the narrators Tadjo inhabits states that religion can be an obstacle because some prefer to listen to a priest who full-heartedly believes that Ebola is the incarnation of Evil, which will punish people who have strayed from the word of God. Others are villagers holding on to indispensable rituals of death because they can’t accept the idea that their loved ones will be buried in plastic in a mass grave—after all, memorials are essential to navigate grief where one needs human connection to handle the pain—but fueling hundreds more deaths by gathering for a funeral.

But despite tinges of despair and chaos, solidarity rings through the accounts of all narrators. As a prefect, responsible for the outreach teams in his region, notes: “I’ve understood one thing: scientific reason can’t satisfy every human need. In the fight against Ebola, human beings have always been more important than everything else. They are the agents of their own recovery, their own safety.”

Tadjo captures layered and poetical moments of humanity in her narrative: from the traditional healer who uses ancestral knowledge to bring relief to the sick; to the burial teams who make concessions so families can cloth the diseased and visit the grave from a safe distance; to the Bat who regrets that he let Ebola escape from his body, and reminds us how Man and all living creatures in nature depend on another, despite long-standing divisions. In a broader context, the author reminds us that we have to respect the global ecological system in order to survive. It’s through the deforestation and the disturbance of flora and fauna that the Bat was able to get closer to society and transfer the virus: “the bats seek the company of Men.”

Building on the rich history of African literature, Tadjo mixes historical facts with testimonies. She uses the Ancien combattant, a song from the Congolese singer Zao,  African legends inspired by the ethnologist and writer Amadou Hampâté Bâ,  biblical quotes (John 20:1–18), and poems from the Cameroonian author Nsah Mala, Congolese poet Gabriel Okoundji, and her own collection of poems (Red Earth/ Latérite).

In the Company of Men shows a beautiful pastiche about the ebb and flow of a health crisis, renewal, a fable on the bond between human and nature. Despite the anonymity of the protagonists, and vagueness of the location, the author humanizes the crisis. Because the unnamed first-person discourse blends into layered polyphony, one can easily draw a parallel to our present-day reality. It’s in the moments of urgency and despair from the doctor who fights the virus in an ill equipped hospital, the Baobab who warns that the virus could cross borders, families are afraid of gestures of affection because of fear of contagion, to the lingering symptoms after patients have recovered from the virus, and more. Tadjo sharply shows how during a catastrophic health threat humanity can crumble which encourages introspection.

The fight against the Ebola virus was fought through scientific, social, economic and religious means. While Ebola did not have the same societal and economic disruption in our society as the coronavirus, it contained a warning that humans are certainly not the masters of the universe, and that the world is not our personal playground.

The 20th century Senegalese poet and storyteller Birago Diop wrote in Souffles: “Those who died never left/ They are in the shadow that lights up…/The dead are not under the earth/ They are in the tree that quivers,/They are in the woods groaning/ They are in flowing water … the dead are not dead.” Tadjo embodies his poem and creates a moving story where she beautifully harnesses the ability to weave spirituality into a contemporary African tale.

The Covid-19 pandemic highlights how fear and ignorance play a significant role in our behavioral responses during a health crisis. Mass media outlets have influenced how we react when faced with a modern imperceptible enemy. The media should combat fear and prejudice, but as Tadjo’s prefect notes during the height of the Ebola crisis: “Instead of inspiring compassion and support, the increased media coverage caused the opposite reaction: self-preservation and withdrawal.” Our current crisis-related individual and collective behavior continues without a break: a never-ending cycle of risk and prevention of infection, life and death, loss and remembrance.

The coronavirus has altered the way we live, and the way we die. It’s a viral wake-up call that holds up an unforgiving mirror to humanity: all our lives are interconnected and must be protected.

Today, the coronavirus continues to surge in the U.S., U.K., India, and other parts of the world. It targets those with preexisting health conditions and continues to fuel massive social inequalities. It’s accelerated by the rise in consumerism during the global lockdown: the intricate capitalist ties that bind us all.

Whether you live in Los Angeles, Amsterdam or Istanbul, In the Company of Men reminds us to hold tight to our humanity when it comes to the elderly, vulnerable or the sick. We are all connected to the overworked healthcare professional in Barcelona, the exhausted Korean delivery driver who works from dawn to midnight, to the unheralded Amazon warehouse worker in Indianapolis.

The lesson for the future is clear: solidarity is humanity’s best hope for survival.

"The Vase" by Rumena Bužarovska, recommended by Electric Literature

I Saw The Pink Pieces of My Little Heart

Love and illness intertwine in this essay from Adina Talve-Goodman’s posthumously published collection, “Your Hearts, Your Scars”

Like so many women, I’d learned accommodating behavior throughout my childhood