My Work-Life Balance Improved Dramatically With My Fake Pregnancy

In Emi Yagi’s Diary of a Void, Shibata, a Japanese woman in her thirties, has had enough of making coffee, doing menial tasks, and enduring sexual harrasment at her workplace and declares that she is pregnant. This announcement results in an immediate turn of affairs, namely her being treated much better by her co-workers since she is now with child.

In the novel, her diary, we see her keep up the ruse for the entire nine months of her pregnancy. Her dry meditations on her fake pregnant life offer an insight into what it means to be a woman in our time—in all its variations, and the picture is absurdist, real, and grim. Shibata swims, rather calmly with all the pregnancy care she’s doing, in the swampy loneliness of contemporary life and the grinding dullness of office work. There is little community, save the brief one of the Mommy Aerobics group she joins; her own friends and family are checked out, and unaware of her pregnancy. The ruse is purely for her work colleagues. As a mode of resistance, Shibata’s trick is perfect but alas it does not assuage the alienation she feels.

Yagi, a women’s magazine editor, published the novel, her debut, in 2020 to great acclaim in Japan. We spoke via email and her translators David Boyd and Lucy North, about keeping up lies, the Virgin Mary, the significance of a Turkish kilim, and places of one’s own.

J.R. Ramakrishnan: I really expected Shibata to give up the lie but she goes all the way with the pregnancy ruse. Did you know this from the minute you started the book?

Emi Yagi:  I really just started writing out of curiosity. I didn’t know how it would end, but I wanted to explore what would happen if somebody lied about being pregnant. I guess I realized early on that Shibata would have to go all the way—she couldn’t give up. After a few pages, I started to feel like Shibata and I were in this together, like we were running side by side. She was lying about being pregnant, an imaginary baby growing inside her, and I had something growing inside me too—a story. Shibata starts going home early thanks to this pregnancy she’s made up, and I found myself winding up my work earlier too, so I could stop by the library and write a little more before heading home. I couldn’t have her give up. If she gave up, I’d have to give up on my writing too.

JRR: You wrote this novel before the pandemic and before (at least, in America) many have decided to quit their jobs in the Great Resignation. I wonder what you think of this rebellion of workers who are rebelling against the grind of the workplace, a bit like Shibata is in your book? 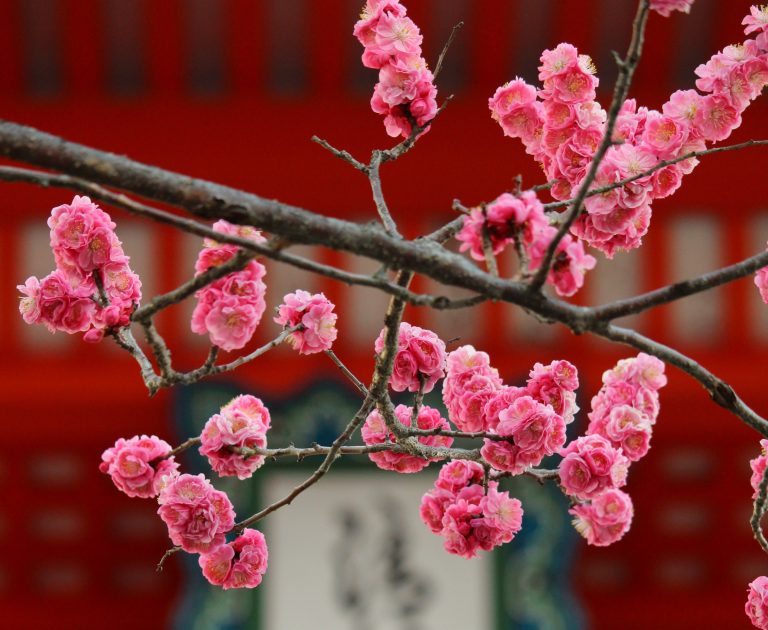 EY: The Great Resignation. I’ve never heard that expression before. Yes, Shibata’s definitely rebelling against something, so there is some overlap. Work isn’t what defines a person. It’s one element among a whole lot of things. But in Japan, women have it particularly bad. When a woman works at a company, she’ll often be required to act in a certain way, and needless to say not everybody’s comfortable with that.

In this novel, we see a woman who tries to put distance between herself and the office where she works because she’s become aware of the fact that her workplace is shameless and deceitful. They consistently assume that she’ll do more than she’s paid to do, and take for granted that she won’t object. In a way, they’re attempting to control every aspect of who she is. In that sense, I think Shibata does share something with those who quit in the Great Resignation.

JRR: You have really cataloged all the ways in which women are maligned—whether they are single, married with children, and not—by patriarchy. By “becoming” pregnant, Emi gets a break from making coffee and is treated nicely by her co-workers for a while but then we have Hosono complaining about being a mother later on. I wonder after thinking so much about all the issues of patriarchy, where have you landed on this issue of being a mother vs. not being a mother? Perhaps another way to ask this: Does Shibata win in the end?

EY: I’m not sure if this really addresses what you’re asking, but in a sense Shibata bypasses the whole issue—the question of being a mother or not. Both Shibata and Hosono are women who have to deal with life in a patriarchal society, so there’s a way in which they’re not all that different. The very question of “becoming a mother” or “not becoming a mother” arises out of a patriarchal ideology that seeks to maternalize women. Shibata’s lie is a form of resistance to that ideology in that it blurs the line between being and not being a mother—and I’d like to think it goes even further than that, turning that patriarchal logic on its head.

JRR: Would you talk a little about the characters of The Witch from Shibata’s childhood, as well as the Virgin Mary? She seems to have a (sort-of) admiration for this woman, and indeed compares her to an image of the Virgin Mary, who she also seems to identify with earlier on.

EY: One of the main themes in this novel is “having a place of one’s own.” By “place,” I’m not really talking about a physical space, like a building or anything like that, or even the feeling of having a particular group to belong to. I’m not sure how to explain it in just a couple of sentences, but it’s kind of like an emotional space, something nobody else has access to. For me, both the Witch and the Virgin Mary symbolize the idea of “having a place of one’s own.”

The Witch, a character from Shibata’s childhood, was seen as a curmudgeonly old woman and the local children found her terrifying. But she also had a kinder side. Early one morning, when no one else was around, Shibata saw her setting out milk for some kittens. Then there’s the Virgin Mary, a woman known throughout the world as the mother of Jesus, and yet it seems to me that we actually know very little about who she was. What did she like to do? What was her favorite food? Did she ever feel overwhelmed spending her life known as the Holy Mother? On one level, the Witch and the Virgin Mary seem like polar opposites, but they’re actually very similar, not only because they end up labeled in certain ways (because of how they act or what they do), but also because both of them have a place of their own (at least I hope Mary had such a thing).

JRR:I was very intrigued about the Turkish kilim Shibata has in her apartment. I imagine it is a symbol of home and stability for her, perhaps? I know that kilims often have symbols of femininity on them but Shibata’s has “a garden known to no one.” This reminded me of The Witch’s garden.

EY: Yes, I think that’s exactly right. The kilim Shibata buys is her version of the Witch’s Garden. It’s a visible expression of a place of her own. At the same time, for Shibata, the kilim doesn’t serve as a symbol of femininity or the home. It’s something she discovers while on a trip to Turkey between jobs. She’s just quit her old job, where she was overworked and sexually harassed. When she first finds the kilim in the shop, she resists buying it—because it’d be too expensive. Then she gets a call from a friend who convinces her that she ought to buy the things she wants. In that sense, I think Shibata sees her kilim as a form of self-care, something she’d been denying herself up until that point.

JRR: I very much enjoyed Shibata’s dry humor, and I think also many can relate to dragging loneliness and perhaps dream of pulling off such a trick in the workplace. I wonder if you could tell us how the women in your life (mother, friends, work colleagues, etc.) have reacted to the book?

EY: Most of my women friends said they could relate, especially the ones who are having babies, or raising children. My colleagues at work enjoyed the story too, but some were surprised by the dryness of my writing. I guess they were expecting something warmer. For my part, I was surprised to find that these people actually believed that I was the person I presented myself to be at work.

JRR:Would you give us a preview of what you are working on right now? What can we expect of your next novel?

EY: I’m writing about a woman who has a part-time job talking to a statue of Venus. I have no idea what’s going to happen at this point, but I’m looking forward to finding out!

In composing a tale of what could be, I’m narrating a portion of what actually is

“The Little Engine That Could” Is a Capitalist Nightmare

As a stay-at-home dad I read this children's classic over and over, but I also felt shut out from its definition of success