Mothering as a Radical Path Towards Social Change

Angela Garbes hadn’t planned to write another book on motherhood. Her first book Like a Mother: A Feminist Journey Through the Science and Culture of Pregnancy, a reported investigation of pregnancy in exuberant and detailed prose, was published in 2018. But during the isolating dawn of the pandemic, Garbes began ruminating on the question: “What is the most valuable thing I could be doing with my time?” The answer was not writing another article or making a podcast but rather ensuring the wellbeing and security of her family and community: “It is an honor to care for them; they are parts and extensions of myself.” Thus began her journey that resulted (happily for readers) in Essential Labor: Mothering as Social Change.

Her definition of mother is not constricted by those who birth children, nor by gender, but rather more expansively and beautifully focuses on the caring of children as the act of “mothering.” She writes that raising children “is a social responsibility, one that requires robust community support. The pandemic revealed that mothering is some of the only truly essential work humans do.” The paid (and unpaid) work of caregiving, mostly performed by Black and Brown women, however, is horrifically undervalued when it is paid for. This number from Oxfam is especially stunning: in the U.S. only, women would have earned (at minimum wage) $1.5 trillion dollars for the unpaid care work done in 2019. The figure for the entire world was $10.9 trillion dollars.

Garbes reflects on the nature and current state of caregiving via her Filipino American family, and the caretaking work done by the Filipinx diaspora around the world, and her personal and communal experience of mothering. She urges for a view of mothering as a radical path towards social change, as well as for universal income for caregivers, in the lineage of the campaign of the National Welfare Rights Organization led by Johnnie Tillmon and other Black activists.

I spoke to Garbes about intimacies, how her mother (and her daughters in the future might see) reads her work, and the sustaining the hope behind her manifesto.

JR Ramakrishnan: What was the biggest insight (or most stunning/shocking fact) you came upon in the research of this book? The one I was taken with was the salary of 300K you’d have for care-taking of your family.

Why New Fiction Is Making Mothers into Monsters 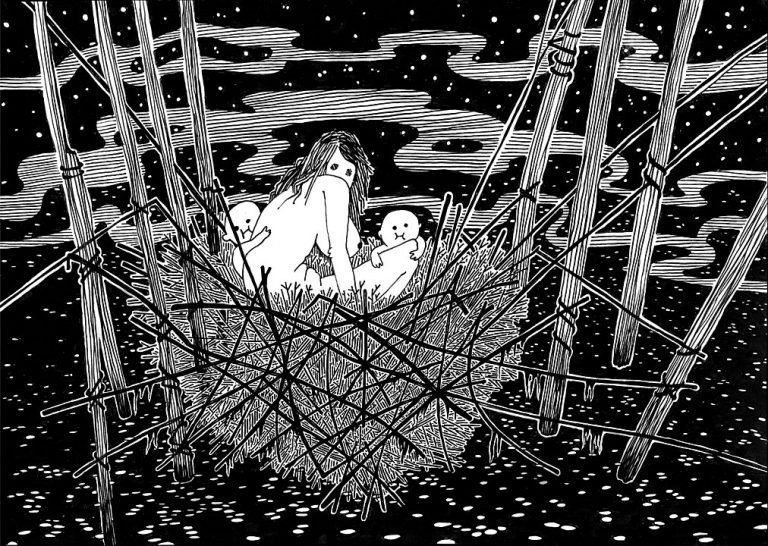 Angela Garbes: The statistic that will stay with me forever—the one that clarified my vision for this book and the need to include my own Filipino American family’s story—is this: Filipinx nurses are 4% of the nursing workforce in America but account for 34% of nursing deaths from Covid. It made the devaluation of care work done by women of color—the very lives of women of color—undeniable.

JRR: You are probably quite accustomed to writing about intimacies after your first book. I was struck though by your speculation of your mother’s childbirth issues. Your husband discussing standing up/lying down type sex/penises with your daughter was so honest, hilarious, and personal. Does your mother read your work, and what do you think your girls will think of all this in the future?

AG: My mother reads my work, though she doesn’t always like it or approve of it! But she is so generous in her support of me and belief that these are my stories to tell. Our relationship is complicated, but her love for me is unconditional and the greatest gift of my life. As for my daughters, I have no idea what they will think! I expect they might be upset with me at some point as they get older, but I trust that we will talk about it. I will listen to them and we’ll figure it out.

JRR: I really related so intensely to the meditations on the body. Your Dance Church experiences cheered my heart. Also, the scene where your daughters remark on you getting fat was just breathtaking in so many ways. Was that difficult to write? Do you think they will be able to hold on to this sense of body positivity for their own bodies and those of others?

AG: It was extremely difficult to write! (As was the knowledge, as it was happening, that I would be writing about it. Writers are such traitors to our families.) Writing about my body, committing those feelings to the page honestly, is one of my biggest challenges, but I believe it is worth it—both for me and for readers.

I honestly don’t know if my daughters will be able to hold on to body positivity as they grow up. Diet culture and fatphobia are so powerful and insidious. If they can’t be positive all the time (and really who can be?), my hope is that they can feel something close to neutral about their bodies and that they will always know they are so much more than their bodies.

JRR: I loved the scene where your daughter’s babysitter Penelope has a t-shirt with a slogan about the brainwashing of European beauty standards and how you proceed to explain it to your daughter. For me, this scene encapsulated so well how the work of mothering is done by so many and those who are maybe not mothers themselves and unrelated by blood to the cared-for, and how radical it can be (in this case, overturning beauty programming early). Your community sounds incredible. Can you talk about how you’ve nurtured yours?

AG: Yes, I could not survive without my community! I’ve nurtured mine slowly and deliberately, over the course of many years and thousands of meals, playdates, dance parties, work parties, phone and FaceTime calls, backyard hangs, postcards, tears, hugs, texts, vacations, awkward conversations, walks, misunderstandings, and help, asked for and given.

JRR: You write about how you are thumbing your nose at your parents’ version of the American Dream and all its contents (including individualism). I loved this idea that you note about freedom coming from the Indo-European word friya meaning “beloved” and its links to more connection, and not less. Yet so much of the more contemporary construct is still incredibly powerful for many in and outside of the U.S. still (though perhaps waning). How do you think your book would read to someone outside the U.S., a would-be immigrant in/from the Philippines, for example?

AG: Honestly, I don’t know! What I do know is that most immigrants, especially Filipinx, come for economic reasons and remit much of their income back home. So while they live an individual life, it is in service of their beloved families, always maintaining a connection.

JRR: I felt truly your book is such a document of what the pandemic has truly wrought for many: a rethinking on how to be a human being. Are you hopeful for this (seemingly more) communal shift to continue as we move out of the pandemic? Both on the level of communities but also on a policy front (for e.g. Los Angeles Guaranteed Income pilot which called to mind the National Welfare Rights Organization campaign you reference). I am curious as to when you finished writing the book and if you are more (or less) hopeful now in 2022?

AG: I finished writing the book in November of 2021, just before Congress allowed the Advance Child Tax Credit—monthly payments that, since July 2021, lifted nearly 4 million children out of poverty—expire. That is extremely disheartening, as is the Biden administration’s failure to deliver on its promises of paid leave and codifying Roe v. Wade. While things feel bleak, I am hopeful. And what gives me hope is that I can’t afford not to be hopeful. Mariame Kaba says that “Hope is a discipline.” I think about how oppressed people and colonized people still have thriving cultures against all odds, and that gives me hope. My ancestors did not give up and I won’t either.

I May Not Be Flaming But I Know Heat

"Duplexes for whatever is the antonym of coming out," poetry by Heejae Cho

My Pregnancy Didn’t Include a Prenatal Glow

A Novel About the Pregnancy Industrial Complex

I Am Mother, Hear Me Howl