A Black Woman’s Quest to Trace Her Lineage

Honorée Fanonne Jeffers, author of "The Love Songs of W.E.B. Du Bois," on ancestral legacy and grieving the loss of land

Set in Washington, D.C., and Chicasetta—a fictitious town based on Eatonton, Georgia, the birthplace of Jeffers’ mother—the novel relies on historical “songs” to trace Ailey Pearl Garfield’s lineage from the arrival of her first African ancestor on American soil and her Creek ancestors’ early encounters with Caucasians in America. The songs serve as a narrative of the land and what happens throughout the years to the inhabitants of that land.

Given the period, the novel touches on large issues—slavery, the removal of Native Americans from their ancestral lands, colorism, race relations—but for Jeffers, the heart of the novel is the growth of the messy, chubby, loud, and imperfect Ailey.

When we first meet Ailey, she is a preschooler, traveling with her mother and sisters to spend the summer months in Chicasetta. The coming of age novel follows Ailey through her teenage and college years. As Ailey grows older, the annual pilgrimage and her relationship with her elders take on a different meaning. Ailey’s Uncle Root introduces her to the work of W.E.B. Du Bois and gifts her a first edition of The Souls of Black Folk. Later, when Ailey attends university, Du Bois serves as a guide leading her to discover her life’s calling and forge a path distinct from that of her parents and sisters.

Donna Hemans: Where does your fascination with history come from?

Honorée Fanonne Jeffers: When I first learned about slavery, I didn’t learn about it in a history book. I am a child of the ’70s. Even though I went to primarily African American schools up until junior high school, we didn’t get a lot of that in school. You had to learn it elsewhere.

My grandmother’s father was born in slavery. And he was a little bitty boy—a toddler—and my great-grandmother Mandy was a teenager when freedom came. One of her first memories is of her father being sold down the river to Mississippi or where ever, sold deeper south. That was a very traumatic experience for her. She told that story to my mother. She was an old woman and my mother was maybe five and Momma would always despair that she hadn’t spent enough time when Great-Grandma Mandy tried to tell these stories. The kids wouldn’t listen; they wanted to go out and play. Great-Grandma Mandy would say “You got to hear this.” And then Momma would always say “I wish I had paid more attention.”

7 Books About Slavery and Abolition by Black 19th-Century Writers 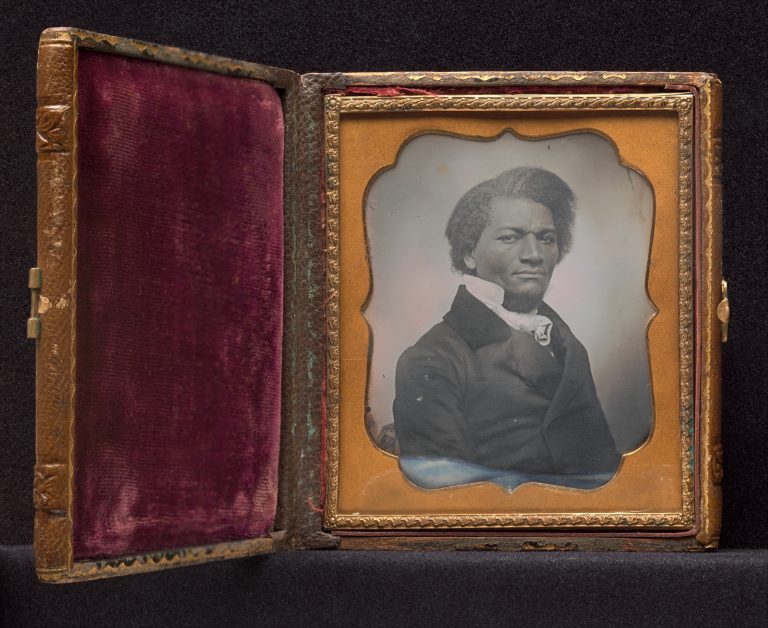 That made an impression on me. But you know when you are a child, you don’t have these sorts of critical thinking skills. But as an adult, I think there was something about that grief that Momma had had if she had paid more attention to her great-grandmother that made me pay attention to the older folks. So that’s how I first learned about slavery through family stories.

Later, when I first began reading the classic slave narratives—Frederick Douglas’ narratives, Harriet Jacobs’ Incidents in the Life of a Slave Girl—things began to click about the stories I had heard in Eatonton and then the history that was on the page. And that’s when the fascination really began.

The first time I was in graduate school, The University of North Carolina at Chapel Hill, had a big archive called the Southern Historical Collection. That’s where I first encountered the archives and I still have photocopies of letters written by enslaved Black people that I found in the Southern Historical Collection. Once I saw those letters I was just hooked. I couldn’t get those people out of my mind.

DH: I think of the focus of the book as building lineage. Ailey says to her white classmate that for white descendants of the Pinchard family “paternity is an a priori assumption.” But that’s not the case for Black Americans. Lineage of Black people in the Americas is such a complicated thing. Why did you want to write about the complexity of lineage? Is it tied to the fact that it is so difficult for Black folks to trace who we are and where we came from? And do you think the complexity of lineage is widely understood outside of Black communities?

HFJ: I definitely do not think that many people who are not African American understand that most of us have European ancestry, no matter what we look like. I am a cocoa-brown woman with coily hair and I have white ancestors on both sides, paternal and maternal. I don’t think people understand the violence behind white lineage in Black communities. I do think the half has not been told about Native American lineage in Black communities.

One of the reasons is that there is so much missing from the historical archives. In the United States, no one bothered to keep these sort of impeccable records. When you go to 1860, that’s basically where you’re going to hit a wall for Black lineage to be able to trace names, to be able to trace where people lived. If you don’t have bills of sale, if somebody wasn’t sold, typically you’re not going to have a paper trail. So lineage was very important.

But also I think that only within Black communities are we really aware of the way that skin color has been used as a hierarchy. Skin color, hair texture, all of that. But also only within Black communities are we aware that in one family with the same mother and father, you can have several different skin colors, several different hair textures. So within the family, you may be treated the same or you may not, but when you go out people will respond based upon phenotype.

The reason I found that to be fascinating to talk about is that we have always heard this sort of story about the house and the field slave, and that enslaved Africans who worked in the house were close in color to the master and many of them were related to the master. And so they had an easier time than people who worked the fields. What I hadn’t seen a lot of in fiction is an examination of what those people who lived in closer proximity with the master had to deal with in terms of sexual harassment and sexual abuse.

DH: On both sides of Ailey’s family, loss is prominent, particularly the loss of land. That kind of loss still remains a major issue for Native Americans and Black Americans today, right? Is that part of the reason you focused on that issue?

HFJ: I think that in a very real way—even though I don’t make overt gestures toward environmentalism—for African Americans and Native Americans, the loss of the land is an environmental issue. I have not met one African American—even if they don’t want to go back to Africa, even if they don’t want to visit Africa—where there is not this sort of grief in their family line about the loss of Africa.

Even if people take DNA tests, even if you know someone in your bloodline came from Nigeria or Cameroon or Senegal or the Gambia or Ghana, that is not going to give you closure. It’s not going to give you home. Home is lost. You will never be able to return to that place and have relatives that are there. You will always be a stranger. That is a grief that never subsides.

And in the same way with Native Americans, that loss of their homeland is a grief that never subsides. It’s always with the Creek, with the Cherokee, with the Choctaw, with the Seminole—there is always a grief that they have that the land that is in the east can never be recovered. I wanted to explore that connection to home.

DH: Uncle Root is such an endearing and generous man. He saves Ailey time after time. How did you come to choose his name and what does his name mean to you?

HFJ: It’s a couple of things. It’s that he has remained. After Dear Pearl, his big sister, passes away, Uncle Root is the oldest. He takes that place because his sister was the matriarch and he becomes the patriarch but he defers to all the women. It’s still very much a matrilineal family. The rootedness is essential to his name.

DH: What role does W.E.B. Du Bois play in the novel? Uncle Root certainly talks about him and his experiences with certain figures. Can you tell us why you chose the title and why you focused on him?

HFJ: W.E.B. Du Bois is considered to be the most accomplished African American intellectual in the history of America. He grew up in Massachusetts and when he was 17, he went down South to Fisk University. This was the first time he had ever encountered a majority of African Americans. He fell in love with Black people at Fisk. That was a turning point in his life. Then he devoted his entire life to the betterment of not only African Americans but Black people around the globe.

He becomes a shadow character in the book. In the same way he devotes his life to African Americans, Ailey is on the path to devoting her life to African Americans. She is first introduced to Du Bois through the story of Uncle Root when he talks about the first time he met who he calls the great scholar. Later that same summer that she hears the story for the first time, he gives her a first edition of The Souls of Black Folk. So Du Bois’s words serve as a guidepost. He becomes this shadow character.

You Can’t Vaccinate a City Animal for Rudeness

Who Gets to Profit off Black Culture?