Alexis Schaitkin’s debut novel turns a sensationalist subject into a commentary on gender, race and class

In her debut novel, Saint X, writer Alexis Schaitkin elevates a juicy page-turner into an incisive cultural commentary that de-centers the white female victim narrative. The novel opens with the mysterious disappearance and death of Alison Thomas, an eighteen-year-old on vacation with her family on Saint X, a fictional Caribbean island. But instead of lingering on the well-trodden drama of the tragedy itself, the author turns a critical eye toward our collective fixations and assumptions.

“Is it possible to write a story about a dead girl that is not a Dead Girl story?” asked true crime author Emma Copley Eisenberg in a 2018 Paris Review piece. “Is there anything in this genre that can make us more informed, more free, more equal? Or do these narratives simply enable prurient access to women’s bodies and glorify misogyny? […] The difference between the dead girl story that I want to read and one I don’t is the point of view, the characterizations, the hints as to the writer’s priorities that are made manifest in their every tiny choice.” In other words, the power to overcome this trope lies in the well-executed details.

Through narrative, character development and world-building, Schaitkin doesn’t just manage to avoid the Dead Girl story trap, she successfully subverts it. Saint X comprises several characters’ points of view, but primarily alternates between Alison’s younger sister, Claire, and Clive, the Caribbean man and resort staffer who is scapegoated (but not convicted) for the alleged murder. This narrative choice allows the author to highlight the persistent, problematic fetishization of dead white women through Claire, as well as invoke issues of race and class through Clive—and treat both concerns with equal importance.

Schaitkin’s exhaustive, research-backed rendering of the island of Saint X and its inhabitants is key to the novel’s ability to transcend what might otherwise have been a simplistic story about another missing woman. Through the careful portrayal of Caribbean characters and culture, the author calls attention to the ripple effect of one woman’s death on an entire community, from Clive’s internal reflections on how the accusation shattered his life to descriptions of how the scandal stalled the local tourism economy. This is not merely a story about a family devastated by a loss; it’s about the many people affected by the sensationalizing of such a tragedy, from the accused man to the island’s population and beyond. By telling these stories—the ones we don’t usually hear—Schaitkin de-centers and helps to partially dismantle the dominant narrative of the white female victim.

Years after Alison’s death, Claire is still consumed by the case; she pores over every related article, book, TV show, film and message board she can find, and even directly references the dead woman trope: “What is the appeal of such stories? You know the kind I’m talking about. All the pretty dead white girls.” Her obsession with Alison’s death is a foil for our own well-documented cultural fixation with the tragedies of white women—both real and fictional, consumed through various mediums. We have an insatiable appetite for true-crime content like last year’s Ted Bundy docuseries and film, the Making a Murderer docuseries, and the Serial podcast, to name a few. We devour fiction books (often turned into films) such as Sharp Objects, Room, and The Lovely Bones—novels by female authors that explore the subject of the missing white woman from victims’ perspectives with a measure of depth and nuance beyond the gruesome details. Our fascination fuels the production of these stories, which in turn fuels the obsession.

It’s not that our interest in the subject is bad or wrong. In fact, crime fiction and nonfiction author Megan Abbott argued in a 2018 Los Angeles Times essay that women’s interest in books about crimes against women could stem from needing a place to process all the real-life violence and trauma to which we’re exposed. The problem arises when the stories reinforce the white female victim narrative without accounting for systemic issues like the driving force of misogyny, the fallout among falsely accused perpetrators, and the bigotry behind disproportionate news coverage and allocation of resources in comparison to deaths among marginalized communities.

Why Is America Obsessed with Dead Girls?

Alice Bolin, author of ‘Dead Girls,’ on the lurid consumption of young women’s corpses and the ways women survive 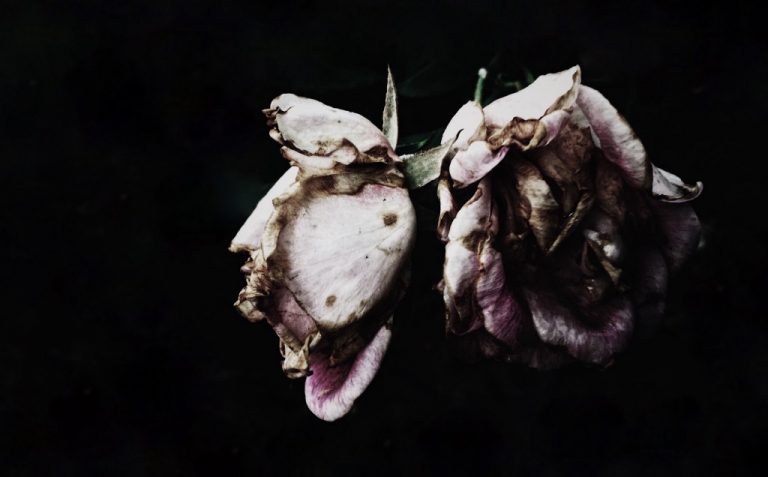 How can writers address this? “We need to take into consideration what stories have been told before, what stories have been told to death, and the kinds of messages that we’re sending by reusing these same tropes over and over,” said Alice Bolin, author of Dead Girls: Essays on Surviving an American Obsession, in a 2018 LongReads interview. “It becomes harder and harder to subvert something that’s been used so many times before.”

Schaitkin effectively brings new dimension to the subject by facing its ugly side head-on. Instead of romanticizing Alison’s death, the novel addresses the dysfunction of glamorizing or profiting from these situations, emotionally or financially. Claire candidly examines her own impulse, throughout her life, to exploit the incident, asking: “To what extent was my pain a thing I cultivated, a thing I used? Is it possible that [my] relationships… were little more to me than a platform for displaying my suffering and, in doing so, for shoring up my claim to this tragedy, to the death of a sister I was barely old enough to know?”

Claire isn’t the only character who capitalizes on the tragedy. Clive’s island friends use their connection to him to sell pricey “behind the headlines” tours. To find relief from the scandal, Clive flees to New York, where he confronts the challenges faced by many immigrants: arduous, low-paying work and poor housing conditions. Having intimate knowledge of Clive’s story makes it all the more heartbreaking when he senses the futility of escaping his past: “He has always thought of himself as a person who avoids trouble and complication at all costs. Yet the facts of his life tell a different story. He wonders if it is his fate to be controlled by people with the tug of stars.” Two of those people, of course, being Alison, for whose death Clive is collateral damage; and Claire, for whom Clive is a vehicle to satisfy her own urge for the truth.

Like so many Dateline episodes, Claire’s preoccupation with the circumstances around Alison’s death cannot end without some kind of answer. As with audiences who grow invested in unraveling the truth behind real-life unsolved cases like JonBenet Ramsay or Madeleine McCann, an open-ended mystery can feed the mania. Schaitkin’s decision to give Claire an answer, but one that doesn’t address all her questions, seems to suggest that our ceaseless search for the truth behind these tragedies is beside the point.

In a notably anticlimactic scene, Claire finally tells Clive who she is and asks him for the truth about the night Alison died. And she gets it. But while the reveal is satisfying, it’s not a shocking or salacious revelation—it’s human and sad, and doesn’t tie up every loose end. Readers seeking the traditional payoff of a murder mystery won’t find it in Saint X: Schaitkin wisely avoids a neat resolution, underscoring that what’s at issue is less how or why Alison died, and more the reverberations and implications of our mythologizing of such events.

The Complicated Afterlife of a Murdered Social Media Star

"A Woman Like Her" is a portrait of Qandeel Baloch, a Pakistani woman who refused the life set before her

8 Books About Chucking It All and Assuming a New Identity