I Love Sally Rooney’s Novels, But They Aren’t Written For Me

I first discovered Sally Rooney’s novels at a time in my life that felt practically written by her. I was nineteen years old, out of college due to Covid-19, and living in a house with my two closest, most complicated female friends. When we weren’t talking in circles about life, politics, sex, and the world, I was exchanging long emails with my highly articulate, highly confusing college crush, rekindled after months of separation—at whose recommendation I purchased Normal People. I read it, and then Conversations With Friends, and like seemingly every twenty-something on BookTok, I faithfully ordered Rooney’s internet-breaking new novel Beautiful World, Where Are You.

As a college student, Sally Rooney’s novels about women my age growing up and falling in love often speak to me on a spiritual level. I find her work enjoyable and relatable, if not groundbreaking. Rooney writes exclusively about white, pointedly thin, elite-educated women with miraculously attractive lovers; I’m not like them, but I’m invested in them nonetheless, which is due in part to Rooney’s storytelling gift, as well as the fact of my limited media options. I don’t expect Sally Rooney to write an experience closer to mine; she knows her niche, and she’s nailed it. But when I witness Rooney’s massive hype across the media and internet, I can’t help but chafe against her literary empire’s assumption of relatability and universality—one that is only afforded to white narratives. The way that Rooney is often celebrated, or at least discussed, as the voice of her generation, has never existed in the same way for readers and writers of color.

To me, Rooney’s novels belong firmly in a contemporary female coming-of-age canon that spans artistic mediums, from films like Lady Bird to shows like Fleabag and musical artists like Lorde. A refreshing departure from traditional male coming-of-age stories, this canon centers female sensibilities, sexuality, and even social awareness. It’s so popular that it’s spawned its own archetype of TikTok girls who listen to Taylor Swift and carry Normal People in their tote bags. If you are an angsty white girl seeking media representation, there’s never been a better time to be alive. But if you are a girl of color like me, you’re more pressed for options—while authors like Akwaeke Emezi, Carmen Maria Machado, and Jacqueline Woodson are writing us gloriously into narratives, few of them receive Rooney levels of hype or status. For a time I wondered: Where are the Normal People of Color? But after seeing Rooney recently break the Internet (again) with her third novel, I realized we might never be permitted to do the same—and this is by design.

Much of Rooney’s winning literary formula simply isn’t available to writers of color. White writers are permitted to use social justice as an intellectual experiment and aesthetic element in their novels, to a degree that writers of color could (and would) never. Rooney is a self-proclaimed Marxist, a fact that sits uncomfortably beside her literary empire, and her characters loudly debate inequalities in class and gender, and more rarely race. Other critics have derided the “self-awareness” that plagues the politically earnest characters of the Rooneyverse, or else defended the ironic juxtaposition of the characters’ sweeping ideologies and trivial lives. Self-awareness is a particularly prominent trait in the emerging genre of “internet novels,” a genre synonymous with white women novels such as Lauren Oyler’s Fake Accounts and Patricia Lockwood’s Nobody Is Talking About This. While novels written by authors of color, such as Kiley Reid’s Such a Fun Age, also comment on the thorny nature of communication and identity formation online, theirs are less likely to be recognized and labeled as groundbreaking. Meanwhile the fictional renditions of internet discourse populated by Rooney’s characters, and others like them, feels particularly pessimistic and whitewashed, detached from the digital ecosystem innovated by Black people, queer people, and people of color. The literary world doesn’t seem ready for those perspectives—at least not yet. Further missing from this discourse is an acknowledgement that writers of color have written self-aware protagonists for far longer, with far less fanfare—self-aware in that their narrators are conscious they are living as marginalized selves, regardless of whether they speak it aloud, on every single page.

The Politics of Sally Rooney’s Relatability

“Beautiful World, Where Are You” wants the contemporary novel to be more relevant. Does it rise to challenge? 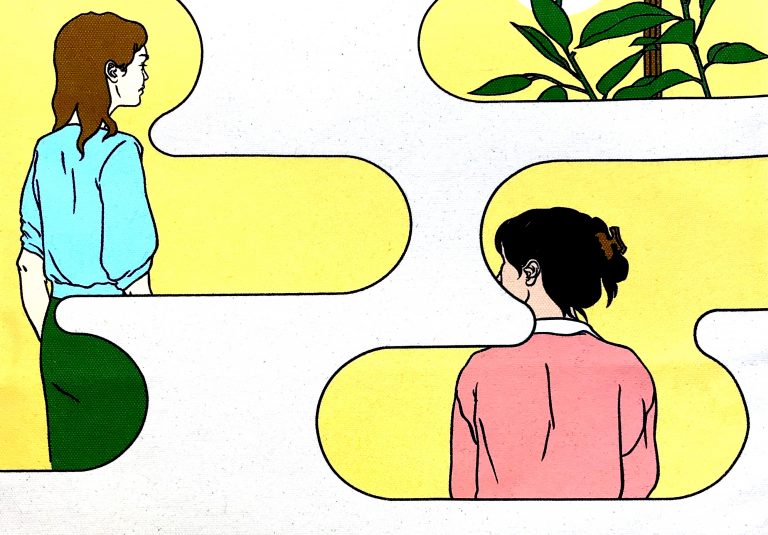 Fiction by younger writers is increasingly confronting our society’s impending doom; “general systems collapse,” as Beautiful World, Where Are You protagonist Eileen puts it, is a lauded theme of Rooney’s work. But the indulgent hand-wringing embodied by Rooney’s solipsistic young scholars is reserved only for privileged, urban white characters—similar to the protagonists of Oyler and Lockwoods’ novels, as well as of Jenny Offill’s Weather. I think of why white women flock to dystopian novels like The Handmaid’s Tale, featuring horrors, such as enslaved conditions or deprivation of reproductive autonomy, that have actually, historically been inflicted on women of color: for them, existential threat still remains firmly in the domain of fictional imagination. Characters of color don’t spend the same time nursing existential malaise, because they’re more likely to be on the front lines, with less time to wax poetic. Of course, Rooney’s characters are self-aware enough to know that. “Of course in the midst of everything, the state of the world being what it is, humanity on the cusp of extinction, here I am writing another email about sex and friendship,” says protagonist Alice in Beautiful World, Where are You. (Movingly, rightfully, she adds, “What else is there to live for?”) Still, for white women only recently made aware of injustice through the internet, social issues are mere fodder for conversations with friends. For characters of color, they are reality.

Writers of color have long been aware of how universality is granted automatically to our white counterparts. It’s a miraculous, contradictory blessing—white characters are viewed as individuals, rather than representatives of an entire community, and yet their experiences are meant to speak for us all. Rooney writes about experiences that I suspect many readers will only believe if the characters are white, such as chronic miscommunication, glamorous self-sabotage, and endless navel-gazing, passing it off as a universal experience. As a reader of color, her characters’ moments of self-absorption and privilege are jarring reminders to me that we are not the same. Rooney’s characters pursue affairs and break hearts, while attending elite schools, working prestigious internships, publishing bestselling novels, scoring magazine features. It’s not that girls of color don’t get into messy situationships, pity ourselves amid our success, or string one another along—I can personally attest that we do—but it’s hard to imagine white readers suspending their belief to stick around and see themselves in us. Novels like Elif Batuman’s The Idiot, Ling Ma’s Severance, Jean Kyoung Frazier’s Pizza Girl, Raven Leilani’s Luster, and Candice Carty-Williams’ Queenie are all excellent, complicated coming-of-age or millennial narratives that hold their own against Rooney’s in terms of content and craft. The Idiot even contains miscommunication, pining, and emails at an elite university. But objectively speaking, none of these have gotten the same levels of attention.

While Rooney’s characters insist on their normalcy, girls of color are not treated with the mundanity that makes us appealing to mainstream audiences. The double standard is particularly thorny when considering how authors of color are also assumed to be writing from real life. The reality remains that coming-of-age narratives by people of color are considered racialized works first, and coming-of-age narratives second. The writer Brandon Taylor, reflecting on why there are no Black existentialist novels, or novels of consciousness, or internet novels, posits: “If such a thing existed, would we even be able to point our finger to it? Would we even be able to recognize it as such?” At the moment, the answer seems to be no. Identity is self-directed performance art for Rooney’s protagonists, but it’s an impassable burden on characters of color. Our works become must-reads during ethnic history months, windows into specific communities, but very rarely more.

Relatability is a tricky concept for me, given the politics of who is assumed to be universally relatable and who is not. While I do read novels to expand my worldview—fiction is a brilliant tool for building empathy and understanding with people with different backgrounds—more often I’m looking for relatability and representation in my reading lists. As a first-generation American, as well as a young queer woman, I often turn to fiction for much-needed guidance on how to exist, which is why I adore coming-of-age novels in the first place. When I’m older I’d love to write an accumulative, indulgent, listless coming-of-age story of my own where the girls are smart and earnest girls of color, and readers relate to and root for them even when they don’t save the world, when all they do is think and hurt and love. To me, relatability is a necessary and valid metric to help decide which books to read, love, gift to all my friends. It is also a fluid, elastic metric. Since it’s rare that I find stories with protagonists exactly like me, I’ve learned to find elements of belonging in a wide range of narratives. I still read more white authors than any other race. This flexibility towards representation is expected from readers of color, but never demanded of white readers. And this expansive, inclusive approach towards relatability is what I’m still seeking from white people with cultural power. I love reading about sad white girls, but will sad white girls ever love reading about me?

I adore Rooney’s earnest, unsparing female gaze, how she writes with a seriousness that young women’s intellectual and romantic lives are rarely afforded. But I reserve the right to critique the literary ecosystem that nourishes her at the expense of others. I am still awaiting the day that girls of color get mainstream coming-of-age stories that sell a million copies; when we’re finally viewed as normal people, and we get to take the lead.

Claire Vaye Watkins, author of "I Love You But I've Chosen Darkness," on the cultural expectations that come along with motherhood

Solo Dancing With an Invisible Partner in Rynok Square

Moments of hope, resilience, and joy are as visceral and important as images of war for Ukrainians