The title of La Marr Jurelle Bruce’s How to Go Mad Without Losing Your Mind caught my eye instantly as I scrolled through the lesser-known corner of Instagram known as Black Bookstagram. On the white cover, I made out the silhouette of the shoulders and head of a Black figure whose head is adorned with a dramatically tufted bouffant, summoning the likeness of an early-career Janelle Monae. Written across the figure’s face in white paint are words—French from what I could tell, though I could not make a cohesive translation—that appear as one long sentence too sprawling to fit within the boundaries of the silhouette visage. The figure’s dark eyes stare from the cover. I was transfixed, then enticed.

“Hold tight. The way to go mad without losing your mind is sometimes unruly,” it begins. Over the course of this book, La Marr Jurrelle Bruce articulates understandings of madness that encompass the lived experiences of Black, queer, and disabled people, putting forth a “mad methodology” that capsizes dominant notions of social, political, economic normalcy, and ethics, and invites, for me, a new possibility of Afrofuturistic imagining. It asks the reader to consider what it might mean to extend and exercise “radical compassion” in understanding, seeing, and listening to Black, queer, disabled artists and protagonists whom the dominant culture has deemed crazy.

Bruce’s explorations of madness take examples from both history and fiction, from the dawn of the twentieth century to the present. The book’s mad, Black subjects range from the purported founder of jazz, Buddy Bolden, to more contemporary icons such as Nina Simone, Lauryn Hill, and Kanye West, as well as the fictional protagonists of Ntozake Shange’s Liliane and Gayl Jones’ Eva’s Man. Bruce’s exploration of mad, Black women highlights the racialized and gendered intersections that get tangled up in popular perceptions of madness. In Eva’s Man, Eva demonstrates madness as a (sometimes violent) reaction to the institutional and patriarchal constraints that bind every aspect of her experience. For Liliane, madness is a source of transformation for Black pain into Black art. By the end, what I think Bruce does is craft a dynamic critical analysis of madcrazyBlackness that spans genre, medium, and epoch.

In the first chapter of How to Go Mad, Bruce puts forth a four-pronged framework for understanding madness. First, he describes phenomenal madness, which he defines as an intense unruliness of mind—producing a fundamental crisis of perception, emotion, meaning, and selfhood that centers the lived experience and first-person interiority of so-called madpersons. Second, he describes the most commonly understood form of madness, medicalized madness, which encompasses a range of “mental illnesses” and psychopathologies codified by the psy sciences. The third iteration, and most commonly expressed, form of madness is rage, which he describes as the affective state of intense and aggressive displeasure. And the fourth and most encompassing understanding of madness he terms “psychosocial madness,” which Bruce describes as radical deviation from the normal within a given psychosocial milieu.

I have thought myself some kind of crazy on multiple occasions throughout my life. In the social context of southern Mississippi, where I came of age, this suspicion was confirmed by my peers who made me aware of my otherness for behaviors, inclinations, and opinions that violated one social norm or another.

“You talk like a white girl … That’s white people shit … Why you so quiet?”

Knowing this, I tried to tamp down my otherness by trying to be like everyone else. In the insular world of adolescence, the acceptance of my peers was the life-blood of my self-confidence. People-pleasing was ripe within me from my youth. At the same time, I was an introverted, overthinking kid—more concerned with the complexities and conundrums of my inner world, than the social whimsies of the external world. While I wished for acceptance that ultimately never came, I wasn’t overwhelmingly concerned with it. Over time, I found solace in the periphery of the social drama known as high school.

Rather than sulk in my outcast status, I made a home there as I got older. I insisted on my tomboyish presentation amidst a context that held particularly close to one-dimensional ideals of femininity and gender expression, often drawing stares and derisive comments from family, church mothers, and complete strangers. I doubled down on my bookish tendencies—a disposition that, according to my peers, was evidence of my “trying to be white,” despite my hazelnut brown skin. I kept to myself in a social context that often projected onto anyone perceived as a Black girl, an obligation to give oneself or be of service to others.

Did that make me crazy? Possibly.

In a cultural zeitgeist that demanded I be one thing—one defined gender who presented one way with one set of interests and one way of being—these interactions and occurrences with peers, family, and community members constituted a “phenomenal unruliness of mind” that could only be expressed in the pages of the diaries I kept as a teenager. The result was a psychosocial madness that manifested itself not in rage (though there was plenty of that built up over time), but in a persistent dissociative tendency. I lived in a “high-functioning” state of prolonged depression that spanned my teens and early twenties. When I buzzed down my chemically relaxed tresses shortly after graduating high school, thwarting the social expectations that I wear my hair as a symbol of my femininity, I learned in hindsight that I had conjured suspicions of madness from members of my immediate community.

“I was worried about you for a second there,” confessed my father, one afternoon over dinner. 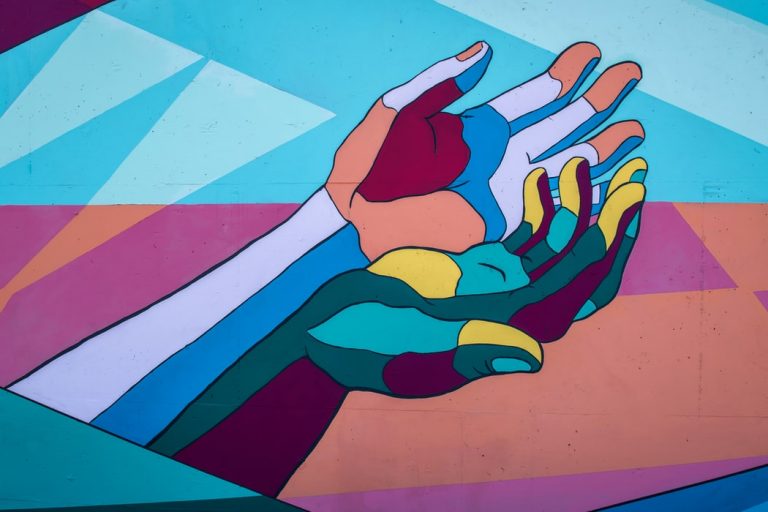 Embedded in this particular suspicion was a homophobia that was rooted in a Black southern culture of intolerance and anti-Blackness. It was later articulated as a question of whether or not I had “turned lesbian.” At eighteen years old, I had not begun the journey of embracing my queerness in any meaningful way and still had not found the permission to disavow myself of the long-preached condemnation I’d heard levied against same-sex loving people throughout my childhood. It was unreasonable to me how a choice in my appearance could also signal a perceived shift in my sexual preference.

I have often imagined myself in a lineage of mad, Black artists. I’ve grown obsessed  with the details of their individual lives and stories. I immersed myself in discographies, collections, and bodies of work of artists like Nina Simone and Lauryn Hill—both prominent case studies in How to Go Mad, among others—as well as the works of Octavia Butler and Jean-Michel Basquiat, who are not featured in the book but deserve mention in this conversation of perceived madness. Each of their life stories and subsequent cultural legacies cooled (and sometimes stoked) the embers of anxiety, paranoia, and what Bruce calls “phenomenal madness,” that unruliness of mind that produces a crisis of perception, which are byproducts of their lived experiences of anti-Black racism and queer and transphobia. And in the tradition of mad, Black artists before me, I continue to transmute that experience into language to teach and tell stories that elucidated the human experience in all its nuance.

In my time as an adjunct professor of English, I often taught the story The Yellow Wallpaper by Charlotte Perkins Gilman. I first encountered the story in a Women in Literature class in college and though the protagonist was a nineteenth-century white woman, something about it called to me. In my own way, I was putting forth my own mad methodology of literary analysis trying to uncover—in conversation with my students—the motivations behind the protagonist’s apparent psychotic break. Last semester, while facilitating course discussion of the unreliable narrator of the story, a student offered, “Well, she’s crazy. So, why should we trust her word over her husband’s? Maybe she really needs help.”

Though I didn’t have Bruce’s language to articulate the nuances of mad experience present in The Yellow Wallpaper at the time, that student, without even knowing, it had revealed the limitations in Western culture’s popular understanding of madness—that is, an understanding that is limited to medicalized definitions. Within these definitions, the understanding of what “help” looks like is often limited to pharmaceutical or institutional intervention. The compulsion to diagnose those who vex and perplex the social norms within our social milieu reveals a social desire to dismiss behaviors and ways of being that seem unreasonable.

The connections between madness—medicalized or otherwise—and artistry were easily recognizable as I worked my way through the recently released three-part Netflix documentary Jeen-Yuhs. Like most people, I have struggled over the past few years to reconcile the MAGA-apologist Ye with the Kanye whose lyrics I’d memorized, whose fashion choices I’d mimicked, and whose infamous TRL proclamation had planted a seed of political awareness in my young psyche in the aftermath of Hurricane Katrina. It is more than apparent that the death of Donda, his mother, was the catalyst for the frenzied psychosis that he exhibits throughout the rest of his career. Bruce extends a “critical ambivalence” that is both critical of the violence and terror that Kanye perpetuates (namely in regards to Kanye’s recent behavior, openly berating and belittling his ex-wife and mother of his children, among other instances of violence throughout his career) and acknowledges the radical artistic possibility embodied in his early career.

This critical ambivalence is crucial in a conversation on madness in a world that insists on ideological certitude and cognitive closure. As with most things in life, madness escapes total condemnation or absolute praise. The question that Bruce calls his audience to consider is what might be the efficacy in madness, even amidst the potential to do harm. What can we learn from so-called madpersons? From the people who don’t fit into dominator logics of normalcy, rightness, and reason?

The late-career Lauryn Hill might reveal a radical insistence on what Bruce terms “madtime,” or a sense of time that thwarts the capitalist impulse to show up and perform on queue. Nina Simone’s “Mississippi Goddam” might stand to exemplify the power of rage as a driving force for artistic expression and social awareness. Literary protagonists like the main character in The Yellow Wallpaper or Liliane, another prominent case study in How to Go Mad, may stand to reveal madness as a mode of protection and subversion of “medical” authority.

In making friends with my own madness—in embracing the process of “going mad” in a world that is maddeningly capitalist, patriarchal, anit-Black, anti-queer, and transphobic in order to not lose my mind—I lean into the radical Black traditions of subversive artistry and transgressive inclination. Though the road is sometimes unruly, I suspect it is a road leading to a liberating future wherein ethics of love, care, and radical compassion reign, and wherein we are active participants in transformation and healing.

A Genre-Bending Thriller that Examines Mental Illness and Neurodivergence

In Maria Dong's novel "Liar, Dreamer, Thief," a woman has to unravel the mystery surrounding her coworker's suicide

No, I Can’t Yoga My Way Out of Bipolar Disorder