Indiana’s Opioid Crisis Seen Through the Eyes of a Teenager

Brian Allen Carr is a writer known for his highly surrealistic fiction. His debut novel, Sip, was an allegory about addiction. The majority of his earlier books are the sorts of fables and myths that people might tell at the end of the world. In his latest novel, he takes a very distinct and bold new direction, writing from the perspective of a strong-willed teenager named Riggle. Opioid, Indiana is a parable of a different kind, the fervent realism Carr displays is a laser-eye lens at modern day American culture, modern day American struggle. In Riggle, we see how much everything has changed. We see it first in our children and it is why the story is entirely Riggle’s to tell.

Brian Allen Carr and I discussed the book, the secret to happiness, borders, and more.

MJS: This is your first book done in first person, right? Did you switch anything up in terms of the writing process and mind-mapping of writing as Riggle?

BAC: I’ve done some other works in first person, but outside short stuff, it’s been a while. I write fastest in first person. I think I just conjure a character and let them get mouthy.

With third person, I think of the story being presented rather than told or written. In that regard, first and third person are sort of different genres, to me.

I think moving a novel from first to third person would be like adapting a novel into a screenplay.

MJS: Opioid, Indiana is a departure from your previous work—Sip, The Last Horror Novel in the History of the World, etc.—did you start the project desiring such a departure or did the book desire to be written?

This one is both. I wrote it in six weeks. It bounced out of me.

MJS: That being said, you embody an uncanny reverence for allegories and verbal storytelling; Riggle uses hand gestures to tell the stories of the days of the week. Same as his mom did when she was alive. How did you choose to layer elements of the surreal into a novel that skirts the realm of the real so well it could be a horror novel?

BAC: My father was a preacher. And preaching is taking myths, fables and parables, and comparing those stories to events in modern day life.

In my art, I do the secular version of what my father did in his preaching. I don’t really remember my father’s sermons, but I paid attention to them at the time, and it made me super interested in juxtaposition and narrative, symbology and ritual.

MJS: There’s a part towards the end where you reference Drake. In the context of a song, Drake claimed happiness is 1) sex 2) money and 3) luxury. You counter it with Epicurus’ philosophy on happiness 1) friends 2) a job you enjoy 3) time to think. It’s the sort of deft humor you slip into your prose so seamlessly it can catch a reader off guard. But now I want to know, what is Brian Allen Carr’s three steps to happiness?

BAC: Happy? I cry all the time.

The other day my family and I went to McCormick’s Creek State Park in Indiana, and we visited this cave called Wolf Cave. I didn’t know shit about this cave. I thought it was, like, a cave like Clan of the Cave Bear, but it was a cave like Rambo First Blood.

My wife, my 10-year-old daughter, my 5-year-old daughter, and my 3-year-old nephew all entered the cave with a single iPhone as a flashlight. I thought we were going to creep through like one little crag and that was it. But the shit kept going. For five minutes we snaked and crawled our way through these narrow and wet stone passages, and my nephew and I were in the back, and my wife and my daughters were in front with the light. Every so often, they would shine the light back at us, but for the most part, we were in the dark.

I was losing my fucking shit. I thought I had died and entered a purgatory of my own design, because I am claustrophobic as fuck, and good stuff has been happening to me lately, and I don’t always trust by perception of reality. But my nephew and daughters kept me brave. I wanted to stay calm so that they would be calm. If I could always stay calm in order to help the people around me can stay calm, that would be happiness.

MJS: There are a handful of interesting and odd characters lining Riggle’s week experience. One of them is “The Bicycle Confederate.” It gets a reader thinking about all the people they encounter but almost immediately forget. Who’s to say that if we met Riggle on the street, we’d remember him. Might it be that Opioid, Indiana is essentially a novel about one of those characters?

BAC: Yeah. But I guess loads of stories could be considered that way. Like, all stories are either about a person or a SPECIAL PERSON. Like a saves-the-day kind of hero.

It’s weird how we remember some people. Like, I ran out of gas in Louisville once, and this carpet cleaner/weed dealer gave me a lift to a gas station. When I was pumping gas into my gas can, he hung his head out of his window, looked me up and down and said, “Man, me and you would hang out at the beach together real nice.” I’m never going to forget that dude.

MJS: The title works as a slight framing device for the novel’s place in the world. That is, to say, it’s highly informed on our modern-day human condition. Opioid, Indiana becomes a call-back of sorts, anchoring Riggle in his own fictional world yet also affixing his struggle to the struggles of Americans in every shade of grey. Could you talk more about how the title and ephemeral geographical place, “Opioid, Indiana,” works so well to capture a vertical slice of our political and social condition?

BAC: I think the opioid crisis, and all addiction issues in general, are impossible to understand. The recent court rulings that pin blame on aggressive misrepresentation by big pharma doesn’t help us fully understand why our bodies and brains can be given a greater master than our minds.

The world is currently very emotional. But it is all very confusing, and we don’t even know how to talk about it.

8 Fiction Books that Shed Light on the Opioid Crisis

To truly comprehend a drug crisis, we need to understand not only its facts but its stories 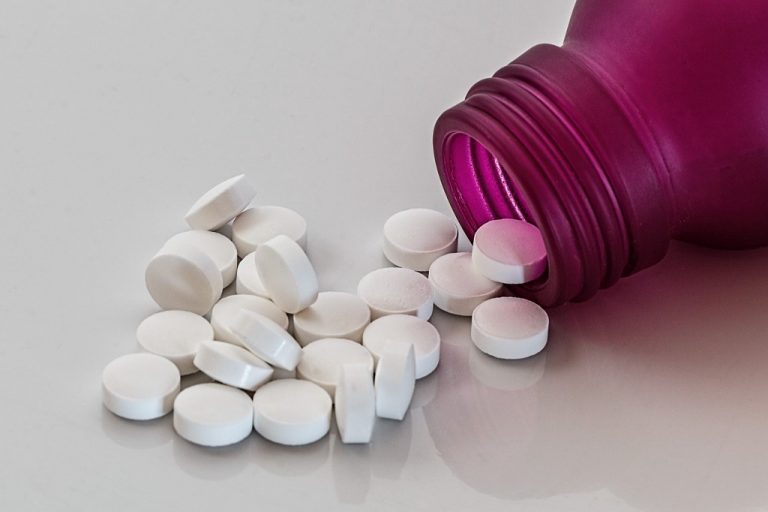 I, like the narrator of the book, recently moved from the Texas/Mexico border to central Indiana. These two places have such extremely different cultures, and yet both these places—the Border and the Midwest—are at the forefront of our national narratives. The opioid crisis and the border crisis. And Riggle muses on these two issues. Maybe that’s what does it.

MJS: A lot can happen in a week. What would have Riggle’s story been if it had been a month? A year? Can anyone really know the timeline of a life that far out?

BAC: I’ve been real intrigued, as of late, with math. I can’t really do math, but I’ve been reading about math, and there’s this argument that any given line—whether it is a mile or a meter—contains an infinite amounts of points. It’s kind of like Zeno’s Paradox, right. Between any two points, there is an infinity.

So maybe it would have been just the same. But longer.

MJS: We can make plans, sure, but there’s just so many unknowns. Riggle is commendable in his effortlessness to tackle that despair; his uncle is missing. There’s no money. His parents are gone. School sucks. Opioid, Indiana is a half-step away from becoming a wasteland. Yet he’s there, surviving. Can you talk a bit about Riggle, his motivations or lack thereof, and how he transformed into the sort of stubborn, yet resourceful teenager one needs to be in order to survive in modern America?

BAC: I think he is strong because he received attention young. His young childhood, up to six, was very happy, and his life gradually transitioned from good to amazingly bad.

I went to the same university as Gloria Anzaldua, and I’ve spent almost half my life on the Texas/Mexico border, and I was born before the digital divide. I am fascinated by borders. Riggle exists casually on several borders.

MJS: You know, it could very well be that Riggle doesn’t fear death. How could he? There’s this passage that hit me so hard:

“The whole world seemed to shift. Go crooked. Things were becoming things they never were, and I didn’t know if I’d ever felt that way. Like all of Opioid, Indiana, was shrieking to a close, and I started thinking my Mom was near me. Like I could smell her or feel her breath or something […] I couldn’t quite tell. There was a presence and it had intentions, but I couldn’t explain it. I buried my hands in my pockets, curious about the enormity of it all.”

He steps right into the mix without fear, or at least not the fear that keeps a person from trying. I’m not sure where I’m going with this, more so commenting on it.

BAC: I think he’d be more reclusive than that. At a point in time in the book, he says he just wants to be good at something. He seems, to me, like a person who will always be more interested in the journey rather than the destination.

BAC: If I knew for sure that I was living my last week. . .  I, honesty, don’t know how I would handle that. Bill W., the guy who founded AA, asked for whiskey on his death bed. I hope that my kids would be with me, and I could spend the $500 on them.

We Are Writing Against Our Own Erasure

Why a Writer Continues to Tell a Devastating Story