New and newish releases from the Harlem Renaissance great, whose work is still being rediscovered 60 years after her death

I once heard a joke that Zora Neale Hurston is the literary 2Pac because she continues to release material years after her death, sparking debate on how much more of her writing will be unearthed in time.

This month we’ll be met with new(ish) work and a republication of one of the collections that actively recirculated her into the Canon. These titles include “found” texts, which presumes Hurston’s stories had been previously “lost,” rather than going out of print and needing to be resurfaced. I’m grateful to the publishers and editors who recognize how her work needs to be back in heavy rotation in the public consciousness. Often I wonder: How dare it have ever left.

Hurston cared about authenticity more than fame — and finally, the world is catching up to her 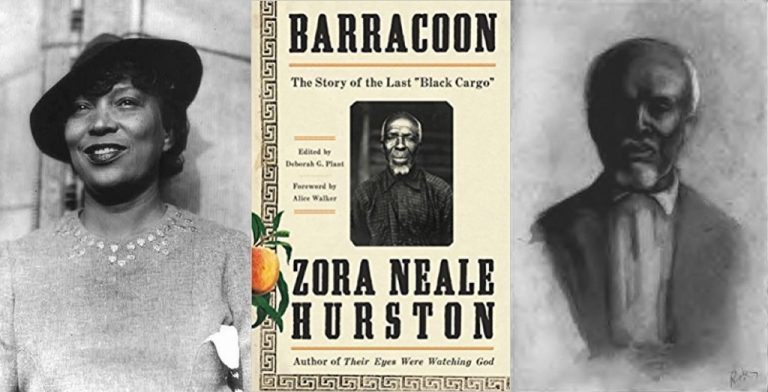 Hurston, as writer and anthropologist, burgeoned during the Negro Renaissance (aka Harlem Renaissance). Most of her short stories (and several essays) were published in the 1920s prior to her novels. Since the Harlem Renaissance there’ve been other periods where the “establishment” saw and invested in Black stories every few decades. Sadly this interest has waned when the consumerist link to Black engagement appears to fade. The fact is that publisher made only negligible outreach to those who needed these stories most. Ebbs and flows are bound to arise in every area of the arts and by extension business in general. Many stories from before, during, and after the Harlem Renaissance remain due to their everlasting quality and the multifaceted depictions of Black stories by Black people. This explains their everlasting presence. This also explains Hurston’s continuous rise and visibility on shelves 100 years after the Negro Renaissance began.

Below is a short list of titles from Hurston released and re-released since her passing in 1960.

Hitting a Straight Lick With a Crooked Stick (2020)

Including published and unpublished short fiction by Hurston in her early years of publication to the early 1930s, this is one of the more up-to-date collections of short fiction along with The Collected Works (listed below). The majority of these stories take place in the South—Eatonville, Florida, to be exact—and a few in Harlem. The stories are organized in order of publication so you can read the full trajectory of Hurston’s short fiction from start to finish.

Rereleased by Feminist Press, Alice Walker’s 1979 anthology was a resurrection of Hurston’s catalogue. This anthology concludes with Walker’s popular essay “Looking for Zora” about her own travels to find and mark Hurston’s final resting place. This book may be one of the best “starters” for reading Hurston because it includes excerpts of her novels, short stories, essays, reportage, and folktales.

The previously unpublished Barracoon is based on interviews Hurston conducted in the late 1920s, it was finally released in hardcover last year by Amistad Books. (The paperback published this month.) Professor Deborah Plant takes the helm to collate Hurston’s interview with Cudjoe Lewis (née Kossola), the “last Black cargo,” who remembered being taken from his home on the African coast and brought to America illegally to serve as a slave. Hurston’s methods as reporter and ethnographer reveal her empathy for Kossola and her attention to the importance of letting the storyteller speak in the way that befits the story. This has become one of the more talked-about Hurston books in contemporary times thanks to its pertinence, length (it’s short at slightly more than 200 pages), and the emotional impact of Kossola’s story along with the bond created between him and Hurston.

Every Tongue Got to Confess: Negro Folktales from the Gulf States (2002)

Hurston is known for her extensive work in collecting folktales and Black history. This compilation of stories Hurston acquired during extensive travels doesn’t just exhibit her tenacity, ability, and focus; it also gives added weight to the fact that her anthropological roots boosted her approach to all kinds of narrative.

One of my personal favorites, this collection of letters, compiled by Carla Kaplan, from Hurston to those she had relationships with over the years (including Carl Van Vechten and Langston Hughes) really immerses you in who she was, her work ethic, and her thought process. Her personality is not simply a persona but a complete entity of someone with a steadfast nature, great humor, and much capability.

One of the most circulated collections of Hurston’s short fiction was compiled by Henry Louis Gates. This was one of the first books I acquired after reading Their Eyes Were Watching God to absorb Hurston’s mastery of the short form aside from The Eatonville Anthology. The short fiction within are also arranged in order of publication at the time. (You’ll find some stories here in Hitting a Straight Lick.)

Why Is It So Hard to Just Say What We Mean

"The Dance," a story by Nicolette Polek

A Black Woman’s Quest to Trace Her Lineage

Honorée Fanonne Jeffers, author of "The Love Songs of W.E.B. Du Bois," on ancestral legacy and grieving the loss of land

Who Gets to Profit off Black Culture?