The summer after our college graduation, a few friends and I decided to pool our money together and find a stage big enough for our real lives to play out on. We set our sights on leasing a temporary apartment in Atlanta with a self-imposed move-in deadline of early August. The hope was to reclaim that year-and-a-half we had spent apart due to the pandemic.

Apartment hunting looked like fitting semi-weekly video calls into our busy, post-grad schedules so we could browse Zillow and Apartments.com as a group. Instead of in-person showings, we settled for virtual tours of 3D rooms with the same nondescript wooden flooring and beige walls. And no matter what day of the week it was, we could call managers to ask about available units and get their voicemail without fail.

After one person backed out, we refined our search to include two—even one-bedroom—units. The conversations turned into how many of life’s comforts (e.g. balanced meals, disposable income, in-unit washer and dryer, etc) were we willing to give up to make this happen. Summer came to a boiling point and I remember one of us saying, “I don’t think it’s supposed to be this hard.” People move all the time, right? But, without secured employment, a lifetime’s worth of savings, or a potential co-signer, our options were limited. And my desperation to separate from my pandemic pod was palpable, almost blinding.

To leave one place for another, even for a vacation, took more resources and support and money than I had ever considered.

I read these words for the first time under my momma’s roof, the same place I’d been for the past year and some months. And during that time, I hatched not one but several escape plans, only to witness their execution fall apart before I could slip out the door. Kincaid’s book found me nearing the tailend of my foolhardy plots, when the glamor of escape was diminishing, any plausibility a thing of the past.

In response to critics emphasizing the “angry tone” of A Small Place, Kincaid says in an interview, “In my writing I’m trying to explore the violations people commit upon each other. And the important thing isn’t whether I’m angry. The more important thing is, is it true? Do these things really happen? I think I’m saying something true. I’m not angry.”

Kincaid writes about the impact of European colonization on the small, beautiful island of Antigua—where she grew up—and how modern day tourism acts as a continuation of that legacy. If “tourist” is a robe that the reader wears often, then her use of second person POV may feel like an indictment.

How does truth sound to the one who has done the speaker wrong? I imagined it would sound a lot like anger.

What struck me while reading was how direct and uncompromising the perspective was: “An ugly thing, that is what you are when you become a tourist, an ugly, empty thing, a stupid thing, a piece of rubbish pausing here and there to gaze at this and taste that, it will never occur to you that the people who inhabit the place in which you have just paused cannot stand you.”

In the first section, she takes the tourist, as in you, on a tour of Antigua. She contrasts your perspective of your gorgeous Caribbean vacation with the complex lived experience of the natives. What you learn is that the natives don’t see you as the good and moral person you think you are.

Whenever life in the Western world becomes too mundane or the political atmosphere too unavoidable, our first instinct is to get away from it all. We plan our escape to some faraway, ever-blue island to live out an unaffected fantasy where politics can more easily be ignored. For westerners, the cure for dissatisfaction is mobility. To go or to stay is seen as a choice that anyone can make. That tug on my feet to leave everyone I love behind as I search for something greater feels distinctly American.

Yet, the “you” Kincaid refers to couldn’t mean me. I saw myself not just in the tourist but the native as well—a Black face reduced to the background. Everyone is a native of some place. But, too many of us are unable to escape. Meanwhile, those who can go participate in an industry that relies on the exploitation of the ones who can’t.

While my friends and I scrambled to secure an affordable apartment in the city, Maui was short on water. As a way to regulate water usage, officials restricted the locals from watering their lawns, imposing a $500 fine for those who disobeyed. The hotel and tourism industries experienced little to no limitations.

That specific tension between locals and tourists in Hawaii was explored in the first season of HBO’s The White Lotus which premiered that very summer. The show focuses on the staff at a luxury Hawaiian resort and the mostly white tourists vacationing there. The tourists snorkel and lounge by the pool reading Nietzsche and Ferrante while the resort staffers endure dehumanizing interactions in order to keep their paychecks.

In an interview with The New Yorker, the showrunner, Mike White, discusses his intentions behind the portrayal of the tourists when he says, “[I] didn’t feel like I could tell the story of the native Hawaiians and their struggles to fight some of their battles, but I felt like I could kind of come at it from the way I experience.”

I’m used to travel narratives that feature endless descriptions of white, sandy beaches beneath a tangerine sunrise and how foreign countries can be the backdrop for one’s self-discovery—or lack thereof. Those narratives share one common perspective: that of the traveler. The result: the native Hawaiians in The White Lotus become “hollow plot devices in service of illuminating the inner lives of the series’s mostly white protagonists,” writes Mitchell Kuga for Vox.

So subtle, and yet so violent and visible is their villainy, that it’s impossible to blame anyone other than the tourists for the suffering of the resort staffers. Any larger discussion of how tourism makes us complicit and turns us into, as Kincaid describes, “ugly things” is buried underneath one wealthy character’s declaration that imperialism is in our human nature.

After weeks of missed calls and unanswered emails, we found an available apartment that wasn’t too far out of our budget and suited our basic needs. We applied, paid the application fee, got approved, and never heard back from them again.

Another week or so passed by. We checked on our application and they had given the unit to someone else. August, in all its blazing disappointment, came to an end. I was still at home.

I’d been watching YouTube vlogs of girls in their twenties moving to New York and Hawaii and living these dreamy, idyllic lives despite the virus claiming thousands of loved ones every day. I envied them.

Talking to a friend, I joked about moving to Hawaii myself. “I might not be able to afford an apartment in Atlanta but I can afford this plane ticket.”

“Maybe,” she hesitated. “Or maybe not. Aren’t the local Hawaiians begging people not to come?”

“Oh, right,” I said. Heat flushed through my body as I realized my mistake.

I had spent the last few weeks scrolling past tweets discussing the water shortage and TikTok videos of locals breaking down how tourism has wrecked their quality of life. I had a vague awareness of what she was talking about but my perception of Hawaii came from travel vlogs of influencers on vacation. The footage they took portrayed Hawaii as an island paradise with picturesque landscapes. Looking back, that depiction was so similar to Kincaid’s description of Antigua: “Sometimes the beauty of it seems as if it were stage sets for a play, for no real sunset could look like that; no real seawater could strike that many shades of blue at once.” Later she writes, “It is as if, then, the beauty—were a prison.”

None of their videos mentioned a drought or water restrictions. But, with many travel narratives centered around the tourist experiences, that’s often the case. The natives—their worries, their economy, their reality—are a nuisance compared to the larger narrative of a white person’s self-discovery. And I went along with that erasure just as easily as the girls who made the videos.

That conversation with my friend exposed a blindspot of mine. I hadn’t yet unpacked the American exceptionalism I grew up learning in school or how other parts of the world might perceive me on the basis of nationality. I avoided content that contradicted my fantasy version of Hawaii simply because I could. I had the luxury of distance that being American afforded me. And if I’d followed that instinct to flee all the way to the airport, I’d be the tourist that Kincaid describes, despite my race or gender. Though being a Black woman comes with its own complicated feelings around American identity, how could I deny the ways my nationality has made me culpable? I’d be a part of the problem instead of the solution. Before the pandemic, I always thought that I could go wherever I wanted whenever I wanted to. But, now I can see how that feeling is closely tied to where I was born.

9 Books About Love, Loss, and Belonging Set in the Caribbean

Myriam J. A. Chancy, author of “What Storm, What Thunder,” recommends stories by Caribbean authors writing about their home islands 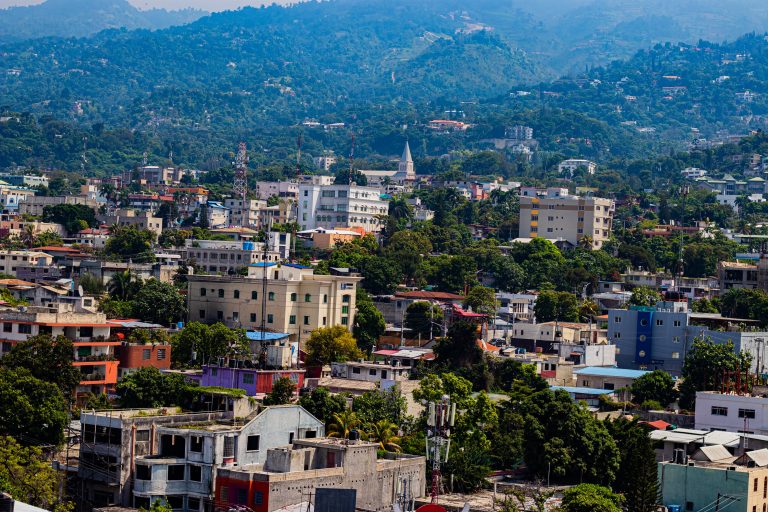 Staying still has never been a part of our American cultural identity. We’re encouraged to leave home as soon as possible because bigger lives are waiting for us far away. We pride ourselves on being rugged individualists who don’t need anyone or anything. But, all of that just makes it easier to dehumanize and violate others for our own benefit. If those early days of the pandemic taught me anything, it’s that the real privilege is choice. The choice to stay or to go.

We can ask, “Why don’t they leave?” But, maybe the better question is: why can’t we stay home?

Read Kincaid’s words long enough and her message becomes clear: “There must have been some good people among you, but they stayed home. And that is the point. That is why they are good. They stayed home.”

The Politics of Being Best of Friends

"Eat, Pray, Love" is overrated, read these books instead

How Diverse Writers Are Redefining the Berlin Novel