John Darnielle wants to get under your skin. His third book, Devil House, follows Gage Chandler, a true crime writer embarking on an obsessive downward spiral. Chandler, like Darnielle, is unbothered by the gory details of the crimes he covers. But he’s starting to be disturbed by the ethical implications of his work. Using true crime to look inwards, The Mountain Goats songwriter offers a procedural more immediately interested in the violence of the pen than it is the sword.

Speaking to Darnielle over the phone felt eerily similar to reading Devil House. He is a detailed and generous speaker, as willing to share the details of his Magic: The Gathering deck as he is to talking about the abstractions of storytelling. More than anything, Darnielle was eager to dig into the ethical questions of storytelling, and how readers might just be implicated in the true crimes they love to read.

Harry Todd: I get the sense that you’ve got some complicated feelings about true crime. Is that a fair characterization?

John Darnielle: The book is not a critique of true crime—it stands in place of storytelling generally. When you are telling stories, there are often real lives involved. There’s a sense in which any act of writing implicates people. In true crime, you’re writing about crimes that had profound effects on people. You’re doing so in order to publish your book, maybe you’re doing it to educate, but also you’re probably getting paid for it. And those are issues in play, but they’re not unique to true crime.

JD: Our need to be entertained is, I don’t want to say it’s pathological, but it is a little weird. The forms of entertainment that we have developed seem like they’re meeting some needs that we’re not getting met elsewhere. That’s sort of how I feel about storytelling.

It’s like Joan Didion’s line, “We tell ourselves stories in order to live.” That’s a big beacon for me. The side effects of that are considerable, of casting things as narratives that may or may not have a tidy narrative. When we frame a narrative around something, we’re always leaving a bunch of stuff out. Narrative is an imposition. It’s like you’re actually trying to put borders around what usually are almost always is considerably more chaotic and less tidy.

HT: You make explicit connections to our need to be entertained throughout Devil House. You often mention the movie River’s Edge, which is based off a real crime that took place in Milpitas. That’s the same town that Devil House takes place in. You frequently mention the community’s adverse reaction to that movie; what inspired that element of this story?

JD: I lived in Milpitas, briefly, as a kid. It was several years before Marcy Conrad was murdered. So much that is said [in Devil House] is true—I had a friend who would tell all these urban legends and would insist that they were all true. That’s where I became exposed to the way urban legends work, and how reality works among children.

I saw River’s Edge when it came out and when I lived there. I don’t really know anything about that place because I was seven years old. So this was the earliest contrast between the story I’m telling myself about a town I once lived in, and the story that gets told in Hollywood about the same town. When I watch the movie, I don’t see anything that I recognize. It’s all about questions of perspective. Perspective is profound. It’s like the first time you learn to draw a cube on a piece of paper.

HT: I dug up an article from the Los Angeles Times written by the reporter that broke the Marcy Renee Conrad story. It’s called “River’s Edge Not Quite As He Recalls”, which grapples with the very same questions that Devil House does. Questions of perspective and entertainment that exploits true stories.

JD: I read that story when it ran! I was living in Southern California at the time. When disaster hits someplace, everybody wants to talk about it. And I think the people who are closest to it often might have questions about whether their standing counts for something. Whether they might be justified in asking other people to tread lightly. That’s a lot of what this is about.

HT: There’s also the element of fully fictionalized characters made up for entertainment’s sake in River’s Edge, which is a point of contention in your book.

JD: The actual story is extraordinarily different from what was presented. In many ways, it’s a lot sadder. I’m not super intimate with the case, my main familiarity with it is seeing a story and then reading a story of people going, “Hey, you really portrayed our community as a place where people don’t care about their children.” It was part of the moral panic, when people would say that the kids are nihilistic and they’re not getting the values of their parents and all that.

That’s the thing that comes up reliably every seven or eight years. There’s always panic stories about whether the kids are losing their moral center. It’s practically a reflex of adulthood to fret about whether the kids have lost it when, in fact, it’s hard to be a teenager and it’s especially hard if you’re, if you don’t have the tools to deal with your friend who’s lost his mind. What is the adult’s responsibility when looking at that child? That’s where the responsibility rests.

HT: The ending of the book might be the most unsettling part, more than the more explicitly violent scenes. There’s a certain lack of finality to it that I think might be divisive. Is that where you started with the book?

JD:  I don’t begin with a premise as a general rule. I find out what I’m writing about as I write, and then I revise as I come to understand it better. The notion of sitting down and wanting to make a point here—that’s what a lot of 19th-century novelists really do. They’re programmatic, didactic. If I make up a character and once enough situations happen, the character is going to become more complex than originally envisioned. I don’t map them all out at first, I learn who they are, and what they’re doing as I write.

And that informs how I think there’s a whole process, how I think of it as the posing of the question, instead of the answering of one. Devil House asks some questions about the consequences of telling stories, about the responsibility of the author. But it also asks, “what do you mean by responsibility?”

HT: Devil House has a lot of different sections that span decades and perspectives. We start with Gage, a true crime writer, before reading a section from The White Witch of Morro Bay, his breakout success. Later, there’s medieval scripture and vignettes written from the perspectives of the suspects in the murders. It’s a lot of spinning plates.

Piper Weiss’s “You All Grow Up and Leave Me” tells a crime story from the perspective of a bystander, and showed me how I could do the same 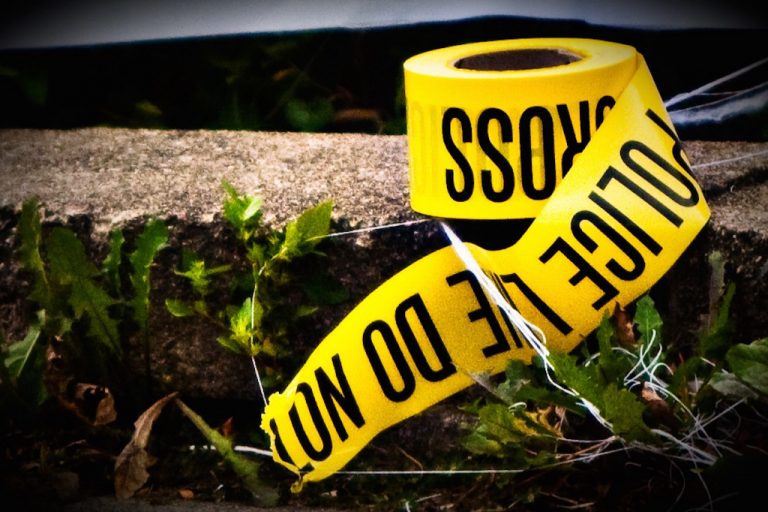 JD: I came up with this idea of seven parts that would mirror each other with something in the middle. I had the idea of things being reflected at one another, showing you the inverse of the same thing. Another way that this was distinct is that the first part is in first person, the second in second person, the third in third person, and then the fourth is something different. Then mirror that backwards.

HT: The use of second-person felt very fitting for the true crime story Gage is telling. You use it in the book-within-a-book, The White Witch of Morro Bay. What prompted this choice?

JD:The fact that it implicates the reader is neat. This is supposed to be Gage’s book that made a splash, that they made a movie out of. So I thought, how can I assert that this book made a splash? Well, one way is that it has a style that’s unique, a style that sets it apart from other things in true crime.

That would be quite a true crime to view, to get something addressed entirely to the perp. One of my favorite things that he says in the book is that the perp is the hero. And the perp is not the hero, but he is in most true crime books. That’s the epiphany Gage has: The perp is the hero of his first book, and now he’s interrogating that position.

HT: It haunts him. That certainly fits with the larger philosophy of Devil House—it doesn’t have many easy answers.

JD: What I’ve chosen to do with my writing is to sit with paradox. I resist tidy conclusions. At the same time, I’m obsessed with sonically and rhythmically ending on a note that feels like a proper stopping point. For the tonal aspect, I want it to feel that way, but from a philosophical aspect, I want every ending to feel like an opening.

Can You Be an Outsider Artist If You Crave Mainstream Recognition?

If on a Country Road a Car Crash

"The Frozen Finger" by Bora Chung, recommended by Anton Hur