Kathleen Alcott on the Lie of American Meritocracy

Kathleen Alcott’s third novel America Was Hard to Find is a multi-decade, multigenerational, national epic about arguably the three most definitive events of the second half of the 20th century—the moon landing, the Vietnam war, and the AIDS crisis. It is as broad in scope as it is limited by its small cast of characters, as lofty philosophically as it is intimate emotionally.

Alcott is a virtuoso of the significant detail. In her treatment we are not told that a rocket is faulty; we are shown the brilliant yellow lemon that one of the astronaut’s “lilac-jawed colleagues” placed upon the command module simulator, as a clever signal to his colleagues. Nor are we told that a woman is trampled by her horse; instead we are shown him galloping back toward “the line of chaparral [that] obscured the flat place where he’d lost her.” The effect is slow, elegant, cinematic, and absorbing.

Reading this novel was, for me, like panning for gold on the lip of a goldmine. Every paragraph or two I’d feel the need to stop, bend down, and examine a sentence more closely. I’d touch it. I’d weigh it in my hand. Only on standing up again, and taking in a broad view of the whole landscape, would it occur to me—first teasingly, and then in earnest—what Kathleen Alcott’s project might have been.

Rachel Lyon: Your other books are less ambitious in scope than this one (though the characters are just as deeply rendered, the stories as finely wrought). Did you know how ambitious this project would be when you started it? Was that part of the plan, from the beginning? Or did it grow larger—geographically, temporally—over the course of the writing process?

Kathleen Alcott: The concerns of the novel are always the concerns of the life, and the best answer to this question is probably more attuned to how my life changed, during the long time I spent on this book, or what understanding of that life—previously barred from my awareness—I began admitting, namely my identification with certain underclasses: that of the raised poor, that of the raised female. 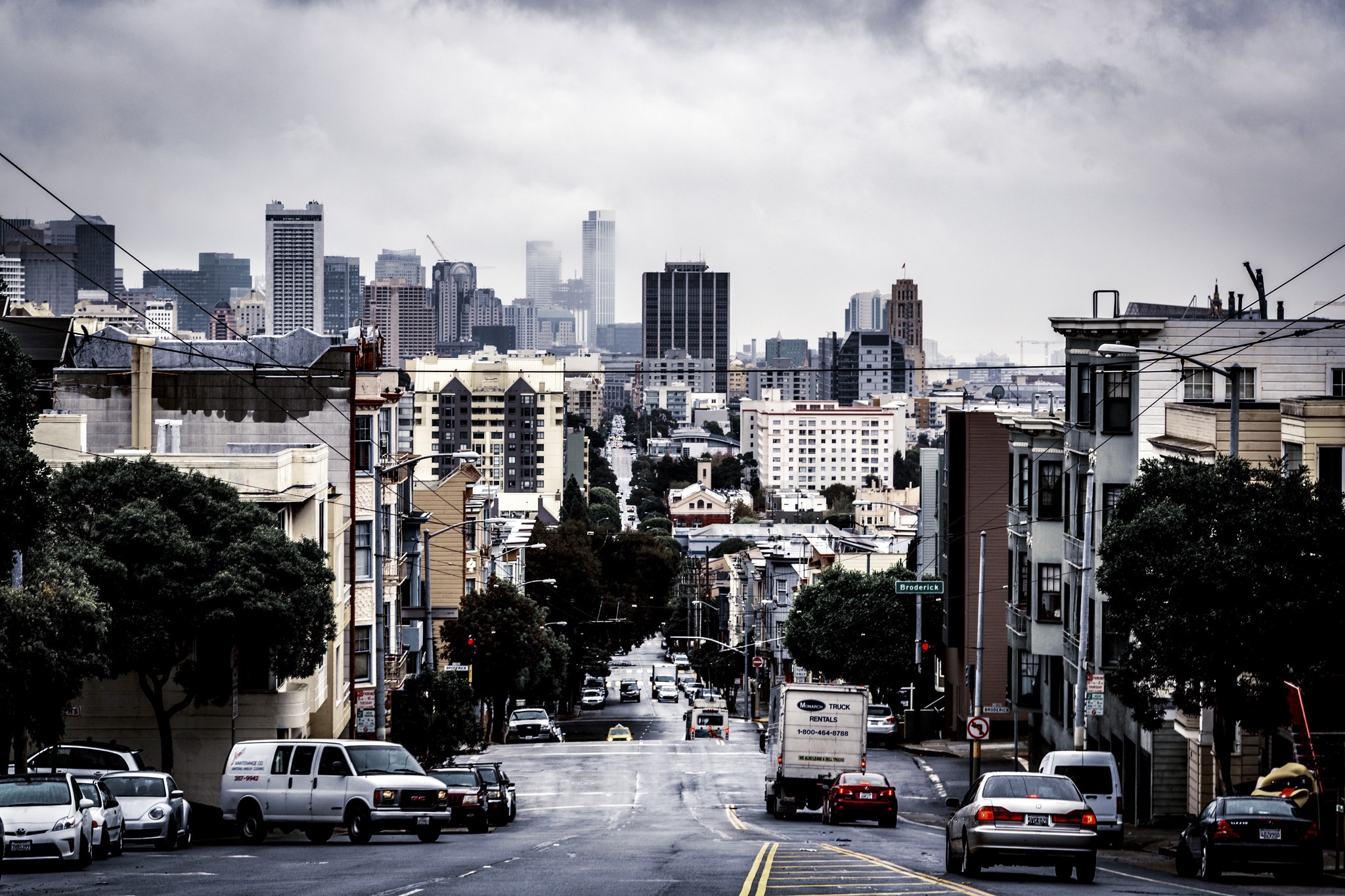 In terms of the first, and not to be too heavy-handed and with the caveat that I don’t think the poverty of my childhood is at all akin to ancient Roman slavery, something that comes to mind is this half-remembered history lesson about slaves in Rome, who were not dressed by masters in clothing that set them apart (in the way that, for instance, royalty was set apart), so that they could not, in public, identify each other, and in so doing gain any kind of power through any kind of exchange. That is money in this country! By which I mean the barriers are invisible or deceptive to a certain point, and we all do such a good job pretending about being “equal,” furthering that illusion by painful and private debt.

It took me a very long time to realize how very few people I knew in the New York intellectual circles where I spent my twenties could at all relate to certain very charged and frightening memories I had, the year my father was living out of his car, the time as a flirty toddler in a free clinic I ran toward a person nodding off mid-heroin nap in a waiting room and my mother panicked and barked at me not to bother him. That’s a particularly American conception of inequality, its late arrival I mean—it’s such a nice lie, the American one, the staircase of merit to which everybody thinks she has access. My sense of being held back as a woman came similarly late, as I think it does for many women the moment we turn about 25 (I was 24-29 as I wrote this novel), coming off the false equalization of the liberal arts classroom, realizing how much of our power is soft.

RL: I’m always curious about how novels begin. Some start with an image, some with a dynamic between two or more characters, some with an anecdote the writer heard at a party, some with her curiosity about a certain concept, etcetera. I read that one particular piece of information caught your eye, during the research phase for America Was Hard to Find: that many Americans were deeply critical of our government for redirecting public attention from the atrocities of the Vietnam war to the “bread and circus” of space travel. Was that discovery, for you, the beginning of the book? Or was there some other guiding question or story, say, that set it in motion? Did you always know you wanted to write about the moon landing, for instance?

KA: Well, it was fucking crazy to write about the moon landing, and I expect to be sued. It’s true that when I began on my research about the Apollo program (which I just thought was just reading!) I kept tagging sections where an astronaut would be pelted by tomatoes, or otherwise met with vitriol, on a goodwill tour or some such. These sections were always very brief, a passing mention of a “smaller” strain of hatred or passion than many other protest movements. So I began with an image of two people not watching the moon landing, which felt like the way to begin answering the questions I had about the worth and virtue and public opinion of the Apollo program.

RL: There is an almost myopic quality to the descriptions in this book, as if all your characters’ sensations are experienced very close to the body, and very intensely. Sifting through the book for examples of what I mean, for the sake of this interview, is overwhelming; there are half a dozen examples of stunning, closely observed descriptions on every page. I wonder if you chose a kind of sensory, claustrophobic prose style in part to counterbalance the global expanse of the novel, or if that just happened naturally?

KA: I think and teach often about John Gardner’s idea of psychic distance, how closely/fully we are brought to any given character’s thinking but also sensoria. It’s an idea I’ve enjoyed expanding upon, and in the classroom I will sometimes put these (six sense distinctions, actually, to my mind) on a left to right scale that describes increasing intimacy, starting with the sonic, ending with the “organic”—literally the experience of the organs, the shivering of intestines, etc—and ask which seem crucial/justified in our look at any character, and identify any kind of sensorial bias. In [my novel], Wright and Fay are more often granted more sensorial “space” given the less institutionally protected—but also sexually liberated—natures of their lives. I wanted the Vincent sections a bit more flattened, at least in the long nadir of his life after the program.

I do think it should be said I live more in my body than some people might, people who are very lucky to be just in their minds—exercise, sex, the tactile experience of clothing and pillows, the way my home and car smell, are a semi-impractically crucial part of my happiness. It feels ridiculous to complain in the space one interview about class inequality and then hint at your fine feeling for linen and palo santo, but there you questionably have it.

RL: The limits of any historical novel—and of any novel at all, really—have to be delineated against the backdrop of reality. Your astronaut Vincent Kahn is a fictional character. Your fictional radical leftist domestic terrorist group Shelter is loosely based on the Weather Underground—but you say in your acknowledgements that “it feels important to clarify mimesis of their actions was not my intention.” What sorts of decisions did you make, in the process of adapting certain people, places, and facts into fiction, and why was it important to fictionalize to the extent that you did?

KA: The rule I set for myself was that all the white men at the very top of American power were the same, but those under them (as well as the women who raged against both sets) could be counterfacts—when I started, some of the novelists in my life were very dubious about this choice, but my hope is it became a message of its own: that when masculinity is conceived of as it is, that when imperialism destroys as it does, etc, etc, etc, it is never the specifics of the individual that are valued. Anybody could have walked on the moon, almost anybody could have died building a bomb in Greenwich Village, and very little would have changed, because, in the first case, it was an order that came from a rarely unchecked top.

In the second, the message sent was that certain young Americans, in the face of what this country did to less powerful countries, no longer valued their own lives, and so to depart from the individual, to create a fictional sort of metonym of a character—Fay is not really only Fay, to me—felt right. The choice is an arc, and the choice is about what is ineluctable under hierarchy and American greed and American fear.

Traveling South to Understand the Soul of America 

Imani Perry examines how the history of slavery, racism, and activism in the South has shaped the entire country

Can a single nonfiction book encapsulate the grandeur, folly, ugliness, bravado, idealism, and tempestuousness of the United States?