Proving we should have more overlap between trade and academic publishing

On November 23, 2018, the U.S. government released the Fourth National Climate Assessment, a federally mandated study compiled by thirteen agencies and over 300 scientists to examine the effects of climate change. The study’s results are terrifying, pointing to a near future where climate change not only costs the U.S. economy more money than the recession, but destroys lives as extreme weather events like the recent California wildfires become the norm.

The date the report dropped was strategic. President Trump proudly refutes climate change, so it’s no coincidence that November 23 was Black Friday and most Americans were too busy relaxing in a post-Thanksgiving food coma or power purchasing holiday gifts to notice the report. The media coverage was also half-hearted; outlets sandwiched coverage between videos of crazed shoppers and tips on where to get the best deals. But some people did take notice, including Dennis Johnson, publisher and co-founder of the Brooklyn-based independent publisher Melville House. “The Climate Report was released by the government with not only no fanfare, but not even an announcement, on the afternoon of Black Friday,” he explained. “[Co-founder] Valerie Merians and I discussed it over dinner, and decided to do it then and there. It was too reminiscent of the Senate Intelligence Committee’s report on the CIA torture program — another vitally important report making our government look awful, released in a media dead zone in hopes it would just go away. We published that one, too.” Merians and Johnson acted fast, and The Climate Report: National Climate Assessment-Impacts, Risks, and Adaptation in the United States by The U.S. Global Change Research Program (USGCRP) is now available on their website for $16.

I point out the price because The Climate Report is the kind of work that is usually published by an academic publisher. As opposed to trade publishers, which target books to the masses, academic publishers aim for a small, specialized audience such as researchers and libraries. The books they sell are typically peer-reviewed, heavily footnoted monographs, and they cost more — a lot more, about $60–120 versus $12–40 for trade books. This pricing scheme makes sense for the publishers who are trying to net money from a smaller audience, though it also makes an academic book’s limited audience a self-fulfilling prophecy. Melville House is selling The Climate Report at an accessible price point because, as Johnson says, it’s a text for everyone: “It’s meant to explain the science and economics of global warming to the general citizenry, and its clear pains were taken to make it accessible. It’s concise, heavily illustrated with charts and graphs and photographs, and it’s broken down, for the most part, into regional discussion…so you can skip around between the areas you’re most interested in.”

The idea of a traditional publisher, even a politically-minded one, taking on an academic text isn’t an obvious one. When I asked a friend, a J.D.-Ph.D. from Yale, for her thoughts, her comments ranged from, “It’s rare to see a publisher throw their weight behind something unsexy” to “It’s interesting to see a publisher fight the laws of supply and demand.” I, too, was skeptical that people would want to read such a report, even at a relatively reasonable $16 a pop. After all, it’s a trying time for facts — as I write this, the literary community is agog at the New Yorker expose on Dan Mallory, the thriller writer and former editor who has apparently lied about everything from holding doctorate degrees to having cancer in pursuit of getting ahead. His faked life story is just another audacious lie in what can feel like an unending litany of them (the Fyre festival, online university scams, men exposed by the #metoo movement for a history of sexual assault, half of Trump’s tweets, etc.) and we’re getting to the point where facts induce skepticism, even the well-researched ones.

These 8 Books are Fiction, but Climate Change is Not

From Claire Vaye Watkins to Kristine Ong Muslim, these writers are realistic about the complexities and effects of climate change 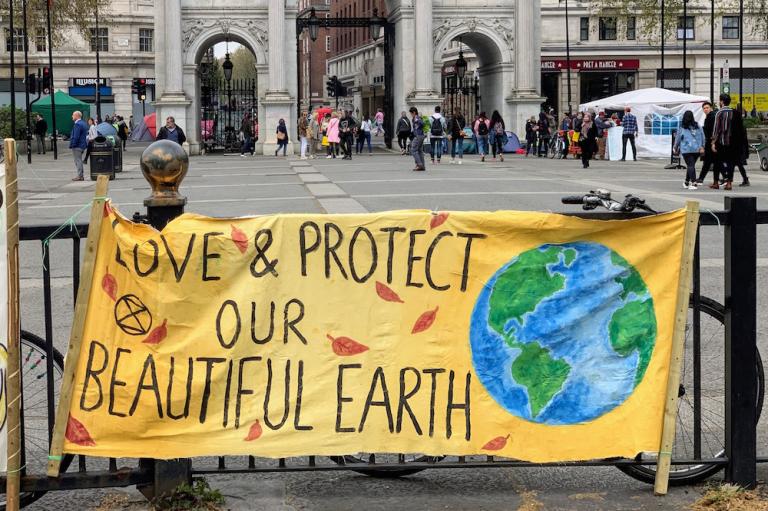 Despite all this, I think it’s time to turn to experts — actual, vetted, experts — and put them back in their place of pride. God knows we’re running out of time and options. For a phenomenon that might wipe humanity off the face of the earth, it’s ludicrously difficult to get people to engage with climate change. Al Gore tried using the box office, and though his 2006 documentary An Inconvenient Truth was successful in dollar terms, massing over $24 million in the U.S., it’s 12 years later and the EPA just made it easier for coal plants to pollute waterways. The BBC hit miniseries Blue Planet II tried to reach people through the small screen, but not even its troves of adorable and majestic sea creatures could cause a cultural commotion. (And seriously, watching the final episode, which is dedicated to the potentially irreversible damage to our oceans, requires a glass of wine and a hand to hold). According to the Yale Program on Climate Change Communication, only 58% of the people they surveyed last year believe that humans are causing climate change. Unless we want to live in a dystopian spy thriller of a world that’s besieged by the elements and where you can literally trust no one, we must start somewhere, and I choose scientists.

Unfortunately, universities aren’t called ivory towers for nothing, and their presses can be similarly siloed. But Melville House has shown that academic and trade publishers have something to offer each other—expertise on one hand, consumers on the other—and it’s the perfect time to make that connection. By offering an authoritative report to the public in a format they can enjoy and a price they can afford, it will also be harder for non-believers (including the government) to spread disinformation. Melville House’s recently launched Climate Report Project will take this idea one step further by creating reading groups to “connect families and concerned citizens with each other and with educators, scientists, politicians and policy makers.” Using a traditional trade publishing tool, reading groups, to help circulate the facts on climate change is brilliant, not in the least because it will help people synthesize what is, at 224 pages, a whopper of a report. Hopefully readers will be encouraged to contextualize the report as well as its contents: where did the scientists and policy makers get their information? How did they come to their conclusions? Despite everything that has happened in the last few years, facts can be indisputable and truth exists. It’s time to bring unsexy back.

We’re Always Connected Online, and We’ve Never Been So Lonely

9 of the Worst Jobs in Literature

Work sucks, I know: books to put your job in perspective

Corporate Censorship Is a Serious, and Mostly Invisible, Threat to Publishing

When states suppress ideas, we condemn it. What should we do when companies do the same?