In “Nightbitch,” Motherhood Turns You Feral

My partner was late coming home from work, again, and my daughter was flopped on the floor sobbing because she had asked for four grapes and I had given them to her. Then she wanted to nurse. I complied; she bit my nipple and laughed. I had the thought, She doesn’t need sustenance, or even comfort; she just wants to own me. When my partner got home I stood and said, “Your turn,” and he said “Can I just use the bathroom first” and I summoned the power of a hundred suns and told him calmly that he’d had all day to shit in peace at work. Then I sat in my car and read Nightbitch.

“In such moments, she could almost touch her loneliness, as if it were her second child.” Underline.

“Womanhood and motherhood are perhaps the most potent forces in human society, which of course men have been hasty to quash, for they are right to fear these forces.” Underline.

“Her problem was that she thought too much— “toxic thinking” and so forth—so she tried to stop, but a physical sensation of exertion remained.” Underline.

I began to feel better.

Rachel Yoder’s debut novel Nightbitch has teeth. And by that I mean it has authority, but also that it bites in a way beyond playful; it bites with anger, in a way that sucks out your breath. It’s about an artist, a mom, who hasn’t made art since her son was born two years before, and she hates having lost this part of herself. The boy’s father travels for work all week, so most of the time it’s just her and the kid. She is sick of playing trains. And don’t get her started on the perfect mommies who attend storytime at the library. Something has to give, and it does: She turns into a dog.

This is a novel about so many things: motherhood and womanhood and the clever cage of patriarchy; how, despite hard work and steady, hyper-rational intentionality, one may find oneself living a life that is unrecognizable. Yoder doesn’t shy away from anger, or loneliness, or confusion. She dives into them so deep, she transforms, and so does her main character, and so, too, does the reader. Did I mention it’s funny? Oh god, it’s really funny, and smart, like the writer herself.

I talked to Yoder about Nightbitch over email.

Kelly Luce: The novel reads like it poured straight out of you, like it was one of those books that an author channels. Is that at all accurate? What was the hardest thing about Nightbitch in terms of the writing process?

Motherhood Made Her a Literal Dog

An excerpt from “Nightbitch” by Rachel Yoder 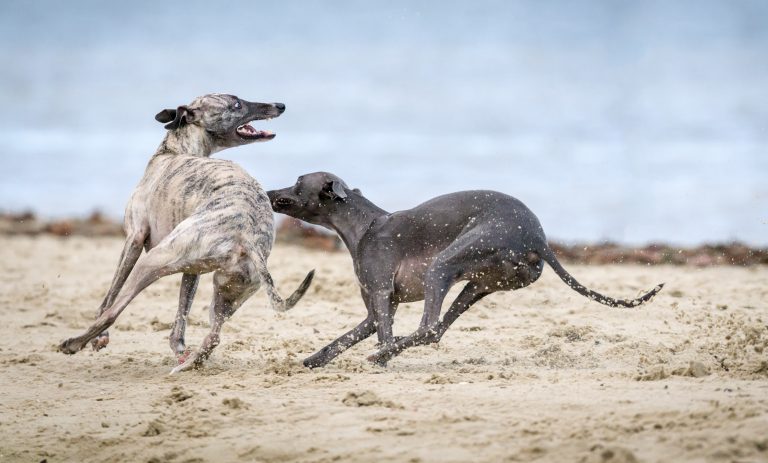 Rachel Yoder: I hadn’t written for two years when I sat down to write Nightbitch and, yes, it was that experience of having the words spill from me, as if I were channeling something that had been waiting very long to speak. The hardest part of writing a novel was the logistical keeping track of narrative arcs and so on. I didn’t have a system for plotting, so I sort of muddled my way through. A novel is so big it’s hard to keep the whole thing in your head. I definitely don’t know what’s in the book at this point. I should probably re-read it.

KL: I love how bluntly absurd the elevator pitch for this novel is. How can one not pick up a book that’s like, “hello I am about a burned-out pissed-off mom who turns into a dog”? That wtf-absurdity strikes me as a hallmark of your short stories, too. Everything you write feels so different from anything else that’s out there. Is that something you’ve consciously cultivated? Do you have an artistic philosophy?

RY: This absurdist vibe is something I’ve come into after writing a lot in more traditional modes and tones. And after getting two MFAs, I got antsy, I guess, and annoyed, and wanted to write things that went against all of the MFA propriety and seriousness and convention. I think Nightbitch and other recent-ish stuff I’ve written arises out of that, at least in part. I guess do have an artistic philosophy of sorts. For me, to write work that is perfect and everyone will like and is very safe would be a disappointment. I want to make big bold choices and see if I can make them work. I embrace bad ideas and see if I can make them work. I’m very much interested in impossible artistic experiments. Nightbitch feels like an impossible artistic experiment to me.

KL:  I love the idea—and it makes total sense to me—that the more experience one has with MFA programs, the more one might want to write stuff that would make people in MFA workshops uncomfortable.

RY: I got my first MFA when I was 25. I had taken 1 creative writing class before I entered the program and written maybe 3 short stories. I loved reading and I wanted to write, but I knew nothing. I was very green. Only after those two years did I even know what I had gotten myself into, this writing culture and all that entailed, and I was only at the very beginning of knowing what I wanted to write. I worked for a little college after that MFA as the Managing Editor of their lit mag and I taught comp. I could barely afford rent on the salary I made. I was really lonely. I wrote a bit, but I had no community other than the indie lit folks I found online, who were a godsend. And I wanted to write more. So I told myself, if I could get into the best writing program in the country, on a full fellowship so that I would have tons of time to write, then I could indulge myself and get 2 MFAs. I only applied to Iowa, to the nonfiction program, and in my application I said, I can’t come unless you give me fellowship, and somehow this worked.

KL:  What were your expectations around continuing your writing career when you were pregnant? Do you have any advice for writers who are soon to be parents, or are considering becoming parents?

RY: Oh, I thought not much would change about my writing after I had the baby. I could find the time for sure. And I really could have found the time, but every urge I had to write went right out the window when I had my son. I didn’t care about writing anymore, and this really terrified me. I wish someone would have told me, you should write even though you don’t want to. Just sit down and make yourself for a bit every day. I think it’s so important to hold tight to the most essential part or parts of yourself in parenthood, even if it’s hard. It will make you more sane in the long run.

KL: What other works (literary or otherwise) do you think of Nightbitch as being in conversation with?

RY: Normally when I write something, there’s a fairly clear inspiration that’s come from an author or book or style that I want to explore and expand. With Nightbitch, I just started writing without my usual “let’s try this formal experiment” or “I want to write something like X,” and now have to go back and think, ok, where did this bad bitch come from? So looking back, I see that a number of films were in the ether as I wrote: John Waters’s Serial Mom, Cassavetes’s  A Woman Under the Influence, and Raw by Julia Ducournau. And in terms of books, Carmen Maria Machado’s Her Body and Other Parties was definitely an inspiration in that it gave me permission to write something that was slipstream with a bit more confidence than I had before. I also think Nightbitch is, if not in conversation with, then in psychic meditation with, The Vegetarian by Han Kang and Wild Milk by Sabrina Orah Mark and Dept. of Speculation by Jenny Offill.

KL: Did you toy with the idea of the main character transforming into anything else, anything other than a dog?

RY: Nope. It was dog all the way, from the very start.

"Shells I" by Savannah Johnston, recommended by Erika T. Wurth

My Pregnancy Didn’t Include a Prenatal Glow

A Novel About the Pregnancy Industrial Complex

Mothering as a Radical Path Towards Social Change