It starts like this: there’s a late-night radio show where nervous listeners call in with questions about sex and relationships: Is this weird? Is this okay? Am I okay? The psychologist, who’s heard it all before, reassures them that as long as what they want is safe, sane and consensual, it’s absolutely fine.

“There was one thing he’d ask that made me bristle. Whenever a girl called in with a problem, he’d start off by asking, ‘Where’s Dad?’ Where’s Dad? As if that were the key to it all.”

In language that’s as beautiful as it is precise, Vogel’s sparse narrative takes readers on a journey that shifts beneath our feet, featuring a cast of characters who resist easy definition: Orly, who holds space for so many people; Piggy, her submissive, who has spent his life searching for that space; Echo’s mother, caught between grief and resentment; and Echo herself, constantly renegotiating desire, memory and consent.

There’s a moment in the novel when Orly tells Echo: “The hard part is that most people don’t know how to ask for what they want. They don’t think they’re allowed.” Without ever spelling it out, Vogel’s book ultimately gives us, its readers, permission.

I spoke to Vogel over the internet about desire, shame, sex, consent, and Britney Spears.

RKP: There are so many things I love about Permission, but my favorite is that Britney Spears makes an appearance! You position her song (anthem, imo) “I’m Not A Girl, Not Yet A Woman” as an expression of transition, which is a thread that winds its way through the novel: the characters are all in the process of becoming. For Britney, this journey seems complete only when she “turn[s] her back on the world that shaped her.”

But the narrator, Echo, often appears to seek being shaped—and I totally see her point too. She works as a life model, telling us: “The artists tried to find me in their clay…[and] I emerged, radiant in the logic of their architecture.” Is being molded by others as important to the process of becoming as molding ourselves?

SV: I’m so glad you liked the Britney reference (and so much else!). That section went through a number of drafts, but I really needed to get it right. It roots the book for me in an exploration of power, patriarchy and the ever-shifting concept of womanhood.

7 Books about the Power Dynamics of Sex 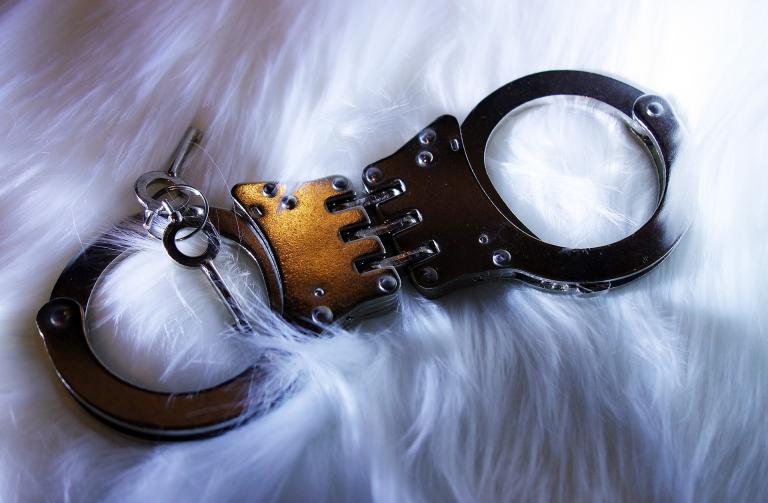 Something I think about often is a YA book by Jessica Schiefauer that I’ve been lucky enough to translate. It’s coming out in 2020 and I think it will be called “Girls Lost”; in Swedish, it’s called “The Boys.” It’s about a magical flower that turns three bullied teen girls into boys for one night at a time, allowing Schiefauer to explore how the gaze shapes us. Her idea of the gaze became part of my inquiry in Permission, and also helped me make sense of my own experiences. I remember how confusing it was to suddenly have breasts as a young teen. They brought a different kind of attention that I had no interest in or use for, but also the awareness that something was wanted of me. This fact impacted how I dressed and behaved, it required me to navigate the world differently. How people see us does indeed impact how we take shape as people.

RKP: Piggy is a middle-aged man who has lived most of his life terribly lonely, afraid of his own desires. You write, “He had an idea of, but not a language for, what he meant when he said he was looking for sex…[P]ervs, he concluded, borrowing a word. It made him feel uncomfortable and ashamed, but at least…there was somewhere he fit in.”

I feel like this idea is intricately linked to what you name elsewhere in the book as “the science that makes sense of sex through pathology.” On the one hand, there are (scientific) words that demonize desires, but on the other hand, there are kinder words that give these desires space to breathe. What does it mean for Piggy to have access only to that first set of words; what does it mean for all of us?

SV: What you’re saying recalls something that resonated with me in Lisa Taddeo’s recent reportage on female desire, Three Women. In it, there’s a woman whose husband likes to see her have sex with other people, so they have an open sort of marriage. But the woman herself only started to understand that her sexual life had a wider context when she read 50 Shades of Grey. It hadn’t even occurred to me that this character had felt isolated until then. I assumed that she was at least aware of an alternative erotic community because of the people they were bringing into their marital bed. But Taddeo writes: “Revolutions take a long time to reach places where people share more Country Living recipes than articles about ending female subjugation.” And I think that’s important to remember.

We are living in a time where lexicons of desire and countless communities are at our fingertips…but also not. One might not think to go looking for them, not know how, not want to, not feel that we belong there — there are a million reasons why not. Part of the fear you identify is Piggy’s awareness of the risk he associates with trying to connect with people erotically the way he wishes to. He knows he might be shamed for his desires or thought aberrant. Nobody wants to feel that way. What I would like this to mean for all of us is an increase in compassion and understanding, and a willingness to embrace the complexities of our beings – a thinking of desire as part of us and our everyday lives, rather than something separate or as an aside. Imagine if we were all able to give our sexual selves the same consideration we give our sartorial, dietary, or career choices, you know?

RKP: You develop a really great interplay between stillness and action in the narrative. For example, during play sessions, the hovering of a hand or the beating of a heart feel deeply charged with motion. But then there’s this moment between Echo and celebrity agent Van, where he thrusts his dick in her face. She tells us: “I felt cornered, so I opened my mouth and gave it a suck. A reflex parallel to inaction. The thought that follows: it’s already done.”

SV: Thank you for this observation, and I’m so sorry that scene with Van feels familiar. Unfortunately, it’s familiar to a lot of readers. For instance, the calculations one might make when in a situation like that: am I more at risk staying and just letting it happen, or might I face violence or other unwanted experiences if I decide to say no and end this right now? But to answer your question, sometimes that good, charged stillness is about being in a certain headspace. When you’re both on the same wavelength. Yes, consent is part of it. Respect is also part of it. I think Echo might have imagined that her and Van were meeting somewhat eye-to-eye, because each of them were at the dinner table with their own set of assets. But then the blowjob is such an act of dominance that I think Echo feels like the balance of power has unexpectedly shifted. The rug gets pulled out from under her. And suddenly she knows, but also does not know, where she stands.

RKP: Permission can be read as a book about sex, but for me, it was ultimately a book about care: about seeking the care we need, no matter how strange and unlikely its form. From Piggy’s home-blended salve to the soft love of Echo’s housekeeper to the deep attention required during play sessions, I came away from Permission feeling that “being receptive to an act of care” can be redemptive. Can it?

SV: I’ve thought a lot about how we give and receive love. And how sometimes they way a person offers us love might not feel like love to us. We might not be able to see it, and vice versa. Care falls into the category of “love,” but it isn’t just about loving in the way you know how; it’s about being attentive to the needs of others, understanding how they want to be loved, and also learning to see different forms of love. For instance, the dad expresses his love through labor — providing for the family — and the mom has a hard time seeing that as an expression of love. She wants him to be more present in the home. But they’re not really able to have a productive conversation about it, and this leads to conflict within the family. Opening yourself up to seeing and understanding different forms of loving can be redemptive, I think. At the very least, it helps us see and understand the people around us. And isn’t that what so many of us want? To be seen for who we are.

A Story Submerged in Sleaze, Told by a Creep

In Rebecca Rukeyser's debut novel, voyeurism is the galvanizing force for a teen's conclusions about life and love

Becoming a Woman at the Paradise Budget Hotel and Gardens

"The First Virginity of Gigi Kaisara" from Call and Response by Gothataone Moeng, recommended by Yoon Choi