Shelly Oria’s new collection, I Know What’s Best for You: Stories on Reproductive Freedom, is the latest in a string of new anthologies that reclaim and challenge the conversation surrounding reproduction. The collection deals with the choice of whether or not to have children, and also explores surrogacy, trans pregnancy, a medical establishment rooted in misogyny and racism, and much more. It’s the kind of book we need badly right now, as it shows us the full richness and complexity of such stories. And of course it comes at a time when lawmakers continue to strip away freedoms surrounding reproduction.

In this book, writers of various backgrounds, sexualities, and genres come together to ask big questions, such as “In a country marked by massive individual debt, inequality, and a profound lack of support and safety nets for women, what does ‘choice’ actually mean?” The collection doesn’t center around abortion, but at a time when the Supreme Court is leaning towards striking down Roe v. Wade, it reminds us that the choice to be pregnant is a personal one.

Sarah Gerard writes in one of the last pieces of the book: “I don’t need to tell you what happens to women who are denied the right to safe abortion, or what happens to their children.” But unfortunately our country does need a reminder, it seems. Timely, important, and rich in nuance, this anthology is a valuable contribution, one that gives voice to the realities of reproduction, and its subtleties, pains, and joys.

Emily Heiden: The collection features the work of Black writers, queer writers, and other traditionally marginalized voices. Was this a primary aim of the book, to help right the wrong of the historical silencing of such writers’ reproductive stories?

Shelly Oria: It was what I knew about this book before I knew anything else—that the majority of voices featured would be from marginalized groups. But to get a bit more specific: as you point out, historically, when it comes to reproductive freedom, POC and queer people and other traditionally marginalized voices were silenced. That kind of silencing is of course tied to deeper questions about whose humanity our culture recognizes. And in the case of people living with disabilities, they were often discouraged from procreating: Cade Leebron’s essay in the book addresses that briefly, and Riva Lehrer’s unpacks a traumatic experience she suffered in this context as a teenager. And yet it’s not just about an awareness of the past, or about the moral and artistic commitment to take corrective action when possible. The need to spotlight all these voices is also entirely grounded in the here-and-now: in this new landscape where people often have to travel to another state for an abortion, miss days of work, figure out childcare for that time if they’re parents—who bears the brunt? We know that’s lower income folx. And we know this type of burden always falls disproportionately on POC.

I’m answering in this sort of analytical way, but this is also very personal to me. As a queer woman, as a person who immigrated to this country in her 20s, as a writer writing in her second language—and of course as a thinking-feeling-reading-listening human in this moment in time, in this country—I wouldn’t buy or read an anthology that wasn’t radically inclusive and loudly intersectional. So certainly I wouldn’t make one any other way.

EH: In the book’s introduction, you write that:

“One could put together a powerful book—ten powerful books—filled with stories of abortion or the lack of access to one in today’s America. But I felt drawn to a broader approach and invited writers and artists to respond to any aspect of reproductive freedom with which they connected…”

Given the fact that Roe could potentially be reversed by SCOTUS in June, can you talk about what specifically drew you to a broader approach?

SO: I’ll say first that I think we need way more art that responds to our reproductive freedom crisis, and specifically more books on this topic. Some of these books are likely to choose that more specific focus you mention, and as a reader that thought is exciting to me. But as an editor, I wanted to do something else: I wanted this book to do its tiny part to shape the kind of cultural conversation I’m wishing for, one in which as a society, we recognize how insidious gender-based violence is, and start seeing the various manifestations of that violence as interlinked. If we think, for instance, of sexual harassment and assault against womxn as entirely distinct from the attempts to restrict and outlaw abortion, and of both those issues as distinct from the problem of domestic violence, or even that of pay disparity, then, well, I believe we’re ultimately failing. When we keep the scope of our conversation too narrow, we’re failing to imagine a true alternative to a reality in which the subjugation of womxn and their bodies is the norm. At best, we’re improving whatever symptom we’re focused on in that particular cultural moment. And that’s not nothing. But I want more. I think we should all want more.

EH: As someone interested in exposing Crisis Pregnancy Centers for the insidious work they do, as I read your story “We Bled All Winter,” I found myself wondering about in particular about the section in which the narrator is a volunteer trained to connect with women. Is this passage rooted in research? I’m genuinely curious. The Pregnancy Verification Form–is that something you saw at such a center, or read about? I unwittingly visited a CPC in Northern Virginia years ago, so am versed firsthand in some of their practices, but not all.

SO: CPCs are terrifying, aren’t they? I had nightmares when I was writing that section of the story. I do this to myself sometimes—write from the POV of someone I find scary or creepy, or in this case, someone who’s part of a system that’s scary and creepy. And the experience of embodying that consciousness for a time can be pretty intense. Though really what surprised me about “We Bled All Winter” is that all three narrators turned out to be a lot more well-meaning than I initially assumed or intended for them to be. In some ways I think the piece ended up being this tale about the inevitable tragedy of being human.

“Sure, he was right, but pregnancy…pregnancy also meant poking the elbow of a fetus inside only to feel it jab right back at me as if to say hello. It meant unlimited milkshakes, second dinner, and cute maternity clothes with the greatest accessory ever sitting right there at my midsection.”

These lines paint pregnancy in a more positive light than many of the others in the book. In a time of climate change, pandemic, student debt, and so on, it’s understandable that reproduction would likewise be fraught. Is it also perhaps important to hear from those who delight in pregnancy—yet who, too, are thought not to know what’s best for them?

SO: I think it is. Surrogacy is one of those polarizing topics; people who otherwise agree on so much might have profoundly different takes on this issue. I don’t presume to have any answers, but I was so moved by Bornstein’s essay, and it offered a perspective the book otherwise lacked, not only in that it’s the sole piece on surrogacy, but in the particular way the essay celebrates pregnancy—without ignoring any of the challenges she faced. So my thought was pretty much exactly what you said: that we should listen to these stories as well. That’s a good place to start most of the time, listening.

EH: Can you talk about the decision to include multiple genres in the book? (Graphic memoir, poetry, creative nonfiction, fiction, etc.) In what ways do you see each contributing to the collective voice of the book? How do you think it would have been different, had it been, say, straight memoir?

SO: With I Know What’s Best For You, one of the first things I knew was that I wanted to take the notion of a multi-genre anthology to the next level, which is why this time we included—in addition to the stories, essays, and poems—a graphic memoir, three short plays, and photographs (by Rachel Eliza Griffiths—these gorgeous photographs that just absolutely wrecked me, and an equally gorgeous essay she wrote to accompany the images).

Where Are All the Memoirs About Abortion?

Hundreds of thousands of us have them every year, and more consider it—so why aren’t we writing about them? 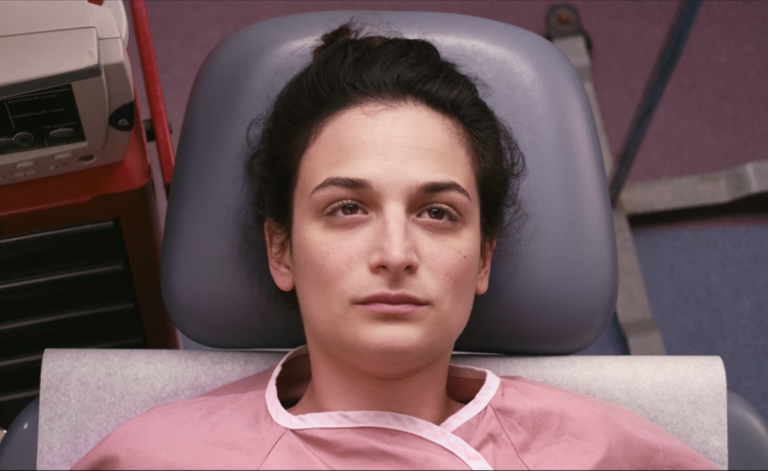 Part of this is about inclusivity: if I put together an anthology of, say, essays, then the voices featured can only be of creative nonfiction writers, and ones who feel comfortable writing about this particular (and highly sensitive) topic in essay form. The decision to make a multi-genre book meant that I could invite so many different types of writers, and I could tell them they had the freedom to respond to the topic in whichever genre they wished.

Another part of this, perhaps, is that I feel very multigenre myself, not only as a writer but as a human—maybe it’s my bi-national, bi-lingual existence, or my queerness, but whatever the source, I feel inspired by spaces that are “both and,” that bring together different worlds. Which is maybe a good moment in our conversation to mention that there’s also an international supplement to this book, I Know What’s Best For You All Over the World, on the McSweeney’s website and also as an ebook, featuring writers and artists from sixteen countries—Argentina, China, India, Cameroon, Saudi Arabia, Greece, Poland, Brazil, many others!—responding to aspects of reproductive freedom in their locale. And the supplement follows the same multigenre format.

Art in general and books in particular are being called to meet impossible challenges at this moment in time when the world is such a dumpster fire—a point of view which is arguably naive, in that it presupposes that art and literature actually matter in some fundamental way… but I wouldn’t get out of bed in the morning if I didn’t believe that, so I do, vehemently. For some reason, when we respond to current events and political developments with books, those books tend to be nonfiction or creative nonfiction. There’s something so limiting and limited about that, I believe we can do a better job as a society and as artists responding to anything of importance when we don’t limit the scope of our response to any one genre.

To me, something about the challenges we’re all living through, that end-of-times vibe, seems very compatible with a multigenre approach, with shaping multigenre spaces. It’s like: who knows what new madness tomorrow brings, but today, if we can all get together, across artistic disciplines, and make our loud, weird, beautiful selves sing in a choir, doesn’t that sound like just the thing to do?

In “This Is Us,” the Sentimentality Makes the Art

Dancing at the Altar of MUNA’s Queer Church

In “Wayward,” A White Woman’s Midlife Crisis Gentrifies the Neighborhood

How Women Prop Up the White Nationalist Movement