How Do We Make a Life With Art at the Center?

In Shruti Swamy’s lyrical debut novel, The Archer—a coming of age narrative set in 1960s and 1970s Bombay—Vidya’s formative years are upended when her mother disappears. However, once Vidya discovers the classical dance form Kathak, it becomes her life’s focus, an obsession that lasts even after she leaves for college and falls in love. In The Archer, Vidya grapples with universal questions—can one be devoted to both art and family? Can one transcend a flawed family legacy?

Author Shruti Swamy is a Kundiman fiction fellow, a Steinbeck Fellow at San Jose State University, the winner of two O. Henry awards, and the recipient of numerous residencies and grants. Her debut short story collection, A House Is a Body, was shortlisted for the PEN/Robert W. Bingham Prize.

Swamy and I spoke recently by phone and discussed writing about motherhood, publishing during the pandemic, and Swamy’s lifelong love of libraries. This conversation has been edited and condensed.

Deirdre Sugiuchi: In The Archer, Vidya becomes obsessed with Kathak, a dance form that had a rebirth in post-colonial India. How did you become interested in Kathak? What made you focus on this time period? The world you built feels seamless. How did you conduct research?

Stories by women writers about the body’s capacity for ruin, decay, and transformation 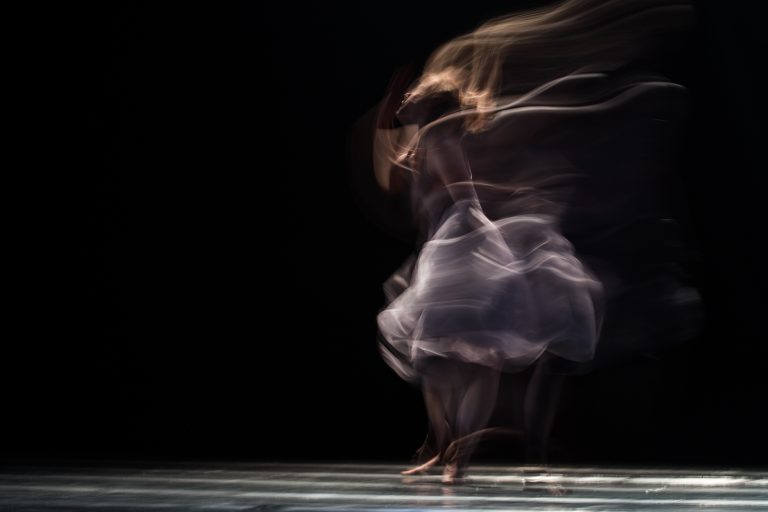 Shruti Swamy: I was born and raised in America. My parents both grew up in Bombay in the 1960s and ’70s, and they left at the end of the ’70s for America. The time and place have been fomenting in my imagination since I was born.

I watched Hindi movies that were set in Bombay and made in the ’60s and ’70s—there were real city streets in the background. I heard stories from my parents, from my relatives. I visited Bombay, Mumbai now. It’s really different from the time I was writing about but it felt mythical and beautiful and romantic and familiar in a way that I wanted to keep exploring.

My mom is a classically trained Kathak dancer. She stopped performing by the time that I entered the age of memory. I’ve never really seen her dance. But there was always that kind of ambient in my household, beautiful pictures of my mother performing, books, and Indian classical music around the house.  My dad is an Indian classical musician, trained in both North Indian and South Indian music. He plays the Bansuri, which is a bamboo flute, and he also sings. I grew up in, in retrospect, a beautiful, very rich environment of classical music and dance.

I find Kathak thrilling because, while there are narrative aspects to the dance, there’s also parts that are completely non-narrative, focused on the really rhythmic, intense, precise footwork and really fast, sharp, beautiful turns that felt kind of modernist, pre-narrative, pre-language. As a writer who’s always grappling with language and narrative, it was thrilling to be able to be in another art form that could transcend those limitations.

DS: The legend of Eklavya (a master archer who cuts off his own thumb to please his Guru Drona) is central to The Archer. Did you grow up hearing that story?

SS: There are these comic books called Amar Chitra Katha— my dad would stock up on them when we went to India—that depict these stories from Hindu mythology and Indian history. Some are plainly didactic stories, like Dharma trumps all. But even within that, there’s so much complexity, moral ambiguity.

Eklavya was always a story that I grappled with. I couldn’t understand how if you were a teacher, if you were a guru, that you would not respect your student. Many of the Hindu myths that have been troubling to me, I’ve had long conversations about with my mom, who is a feminist. She’s offered me a different reading on them. I got the ability to look at different angles of the story in part through those conversations.

DS: One of the themes you address is being a woman and a mother in a world which is rapidly changing.

SS: The beginnings of this book came from these stories I was hearing about my family and just imagining that world, but as I went deeper in, I realized what was sustaining my interest in the story was that it was a way of looking at questions that were pertinent to my own life, though the pressures on Vidya are different than the pressures on me.

Vidya’s very passionate about dance, but she’s not quite sure of how to make a life of art and what that looks like. Not even just in a way that’s fulfilling societal expectations of herself, but how to be a person in the world and make a life of art? How to be a woman in the world? How to lead a good life and have art at the center of your life? These are questions that I was grappling with as I was writing the book and still am, as I think about what our obligations are to each other. To me, that’s really what this book is about, and it explores it in a really specific time and place, and specific cultural expectations and demands, but also it feels, in some ways, close to my experiences in this other time and place.

SS: Early on when I was writing, I read a really sad New York Times article about a mother who committed suicide by jumping off the top of her building with her child in her arms. Studies show that you’re more likely to experience postpartum depression if you don’t have any child care, if you’re the only parent taking care of a newborn, and you don’t feel like you have a lot of emotional or physical labor support, that that really predisposes you to experience postpartum depression. I think of (postpartum depression) as a societal failure rather than an individual problem. It seems to me, if you were taking care of a child, a newborn baby, and you’ve just given birth, it’s very easy to imagine how somebody could quickly lose all sense of self and perspective and maybe even joy.

There’s other things going on with Vidya’s mother. This whole book, in some ways, is an acknowledgement about the complexity of motherhood and the things that are harder to talk about. This is also a book about a child who has been profoundly failed by both her parents and how that impacts her. I was thinking about it more broadly as what it means to be a mother and what it means to fail as a mother.

DS: I grew up in the Mississippi Delta and early on recognized how the caste structure of India and the deep South are similar. Can you discuss writing about caste and class structure?

SS: Yeah, it was totally terrifying, but I wanted to tell the truth as I have observed and read about and researched. I also have to acknowledge that I’m American, and I wanted to be sensitive to my position.

I’ve had conversations with people where they’ve been like, “Oh, I didn’t know somebody could be poor and Brahmin,” about Vidya. At the beginning of the book, Vidya’s family is pretty much on the brink of poverty but she is in a position of privilege because she’s Brahmin, and that is something that is invisible to her.

DS: With the opening, you use language to convey a distance between Vidya and her mother. What were your decisions coming into that?

SS: One of the things that this book is about is how even before you form memories your parents kind of create this little protective structure around you, that you can build a self into, which, in a healthy situation, they take the structure away and then there’s the self, shining there that has been able to just grow in this way, protected. So much of what I feel like a parent does is just looking at that child and saying, “I see you, I still see you.”

If you don’t have that, how do you make a self? Vidya does it through dance.

That she/I switch is really important to me. I was trying to explore where you come into a sense of self. If we’ve been lucky, we come into it gradually, because we’ve had our parents, our caregivers, giving us this story of ourselves. But if you come into it yourself, you come into it all weird, almost violently. Maybe it’s scary, or exhilarating.

DS: I used to be a librarian. I heard on this podcast (with Daniel Handler) that you were once described on a news segment as a “library user” and you loved that, that being a library user was the first way you viewed yourself. Can you talk about libraries?

SS: How much time do you have? I could spend hours talking about how much I love libraries.

I was actually just thinking back to the beginning of the pandemic when I was like, “What did I do?” They’d sent an email in March 2020 saying, “The libraries are closing for two weeks.”

I literally ran to the library.

SS: I was just supermarket spreeing, grabbing books off the shelves… And then they closed and you couldn’t even return books, which was so wild. I was just living with these random books that I had panic-checked out for eight months or a year or something.

Now I have a horrible sense of what my life would be like without a functioning library system. This is the longest that I’d ever gone without having access to a library. If I bought all the books that I read, I would not have any money for anything else. I’m a voracious reader.

The library is the aspect of American society that brings me the most hope and the most feeling of real patriotism. My parents didn’t grow up with public library systems. They didn’t have those in India. I think they had lending libraries. My mom always talks about crouching down to read, frantically reading for a little while, a book in this lending library, but she couldn’t take the books home with her. When my parents got to America, they were both avid library users. Some of my earliest memories are at the library.

It’s beautiful to me that a governmental institution exists to say that, “Books matter, art matters. That everybody should have access.” If somebody wants to learn how to play the guitar, they should be able to teach themselves for free. If somebody wants to read James Baldwin, or work on their resume, or read a poem, or whatever, we agree this is a public good and that this information and knowledge and pleasure should be accessible to all of us.

It’s so precious to me, and I can’t even, sometimes, believe libraries still exist. Just. I can’t. Words fail me.

A Young Dancer’s First Glimpse of Her Future

An excerpt from "The Archer" by Shruti Swamy, recommended by Alexandra Chang

12 Books that Illuminate the Long Road to Becoming an Artist