Love and Intrigue Amidst the 1970s Student Protests in Mexico

Silvia Moreno Garcia’s latest novel Velvet Was the Night takes us to Mexico City in the ’70s where we meet Maite, a secretary oblivious of the political unrest and student protests surrounding the city. For Maite, what matters are the romance comics she buys every week and the rock’n’roll vinyl she collects. Her simple life changes when Leonora, the beautiful art student living in her building, appears with the keys to her apartment asking Maite to watch her cat for a few days. When Leonora doesn’t return, Maite sets out to find her and involuntarily entangles herself with a group of dissidents.

Author of the acclaimed novel Mexican Gothic, Moreno-Garcia breaks the Latinx stereotypes of the poor immigrant, the sexy Latina, or the delinquent in the media by providing a microscopic examination of the characters in this noir novel. The novel describes in great detail the flaws and insecurities that make the two main characters, Leonora and Maite, human, while juxtaposing the gulf between their lives as members of different social classes of the stratified Mexican society. Maite, despite her lower-middle-class status, manages to live independently during a time when women were expected to stay at home with their parents or get married. Then there is Leonora who gets involved in the student movement through her university, but her wealth enables her to get out of tricky situations, like being followed by government agents.

At its core, Velvet Was the Night is a novel about the clashes of Mexico’s political and cultural landscape of the ’70s. Moreno-Garcia uses the tropes of a romance novel juxtaposed with noir to create dissonance, just like how the student protests created ripples in Mexico that still reverberate to this very day.

Selene Lacayo: What inspired you to make your protagonist, Maite, so human and such a strong female character?

Joseph Scapellato, author of “The Made Up Man,” recommends existential crime novels 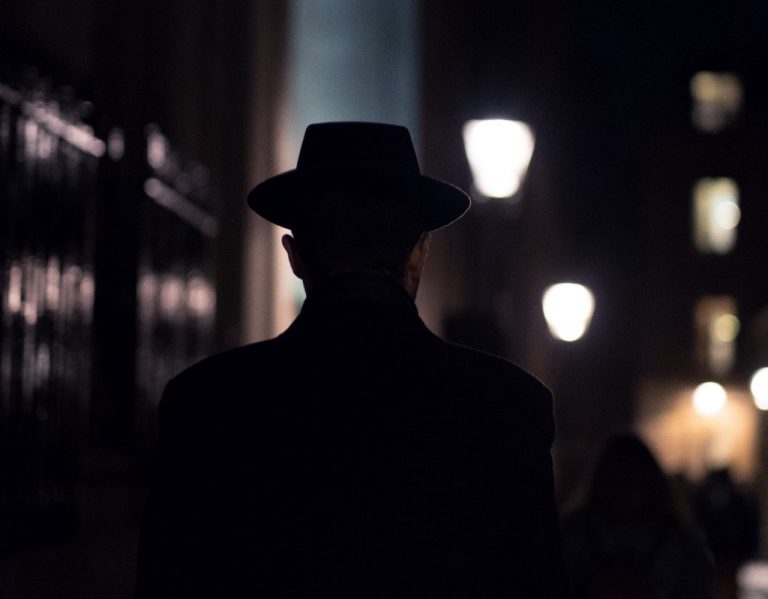 Silvia Moreno-Garcia: There are not many spaces for characters to be dislikeable nowadays in fiction, except for noir where you find these less likable characters. But it’s even harder to find characters that are, I think, more complex, and a little bit more polarizing when it’s women characters. For that reason, I wanted to create a character like Maite. I got a lot of pushback from editors because what they wanted to see was a domestic noir, which is populated by upper class or upper-middle-class white women and is centered around the home and their relationships, not a noir in the traditional sense, because they said people don’t read that anymore. To me, that seemed like saying that people only want the experiences of white women from a certain class, and I wanted to go in a different direction.

SL: Let’s talk about how you subvert the Latina stereotypes that we see all over: the sexy Latina, the poor immigrant, or the delinquent. Who inspired these two characters, Leonora and Maite? Anyone close to you?

SMG: For Maite, my grandmother was a secretary, so I know what it’s like to be a secretary. She started vocational school at age 12 and when she was 15, she began working until she got married in her early 20s to then live the life of a housewife. That was very typical of her generation. And for Leonora, I am aware of what some of the activist circles looked like and the difference in classes that existed in that time period. There were definitely wealthy students involved in the movement who could get out of a bad situation rather easily versus people who could find themselves in a real jam if the authorities zeroed in on them.

One of the things that people don’t realize, when they’re thinking about Mexico from the outside in, is that Mexican society is very stratified. One of the problems of flattening experiences is that you only see one. When people think about Mexican culture, they don’t think about the stories of women like Maite and Leonora, focusing on the stereotypes of the undocumented immigrant in the media, and that’s a problem because it would be like saying that everybody in the United States is a cowboy.

SL: I talked to my mom who was a teen in Mexico when the events of ‘68 and ‘71 happened. She knew about the student movement and protests, but in her little bubble, there was never this closeness to the activism of her time. I wonder if in writing this book, did you interview anybody close to you, anybody in your family who was an activist at that time?

SMG: No, people in my family were not activists, and that was one of the things that I wanted to get across. Because when you look at the newspapers and magazines of the time period, the news coverage is very negative against students. Most people tend to have stayed home. Activism is something that is happening, but it’s happening also in certain isolated clusters, so I wanted to give that sense with Maite, that the movement and the retaliation by the government is something that is happening and yet, society continues to go on as usual. I wanted to get this very unheroic view of what it’s like. So no, I didn’t interview activists. I read widely about what some people were facing, but I was also very interested in this other side, in exploring how life goes on.

SMG: When any kind of disruptive force is taking place in society, there is this conflict between local and foreign values that takes place. There’s the idea that this way of thinking is being imported by a foreign power, which is trying to culturally oppress you in new and different ways. You have people saying well, you know, our women were happy and nice before they got all these feminist ideas from these white Americans, or these forums, who now are trying to invade us culturally in this kind of way. And there is some truth to that.

We know that the United States does have an overwhelming power over other cultures, and in Latin America we have grown up consuming and living in a world that is defined by the United States, both at the political and the cultural levels. A country like the US casts a great shadow that goes everywhere, so when activists do look at other nations and adopt certain ideas, mannerisms, and ways of thinking, the idea of cultural infiltration is not a lie. However, there are definitely real and tangible concerns at the local level about women’s rights in Mexico. This is not a case of Mexicans blindly imitating Americans.

SL: Do you have anything to add?

SMG: I think most people are not familiar with the noir genre so it’s a bit of a gamble, because readers either know thrillers, which are the ones where somebody is disarming a bomb or saving the world from something, or they know the domestic noir, which is the category I mentioned before with a woman whose husband is trying to kill her and she’s very wealthy and she’s very white and lives in a very fancy apartment. As a result, this novel is a bit of a gamble.

I wanted to juxtapose two different genres that seem opposites and one of them is the romance represented by the comic books, the literature of the masses. Romance was king. Romance comic books were extremely popular in Mexico at that time. They were very cheap. Housewives and young women bought an issue each week of these basically long soap operas on paper.

What I wanted to do was to make those two genres collide, to have characters and ideals from a romance novel clash against noir, and to see what happens when you get that kind of clash of forces, as you’re getting also a clash of different cultural forces going on within the story. I’m dropping somebody who wants to be in a romance novel into a noir, into the wrong genre. Maite would like to be dropped into a soap opera, and she ends up in a crime film that’s being shown late at night. But I also have these displaced characters, like Elvis, that don’t seem to quite belong in noir and also would like to be in a different movie with a different soundtrack.

That’s not what you get in life sometimes.

7 Thrillers About the Dark Side of Academia

Noir is Protest Literature: That’s Why It’s Having a Renaissance