There is something sketchy about the the story of Cinderella. Maybe it’s the fact that if I tried to run in high heels made of glass, I’d end up in the ER with Frankenstein-style stitches on my feet. Or perhaps it’s the idea of getting married after a single night of dancing (or three if that’s your version of this childhood tale). No, wait, it has the be the centuries-old indoctrination promising lifelong happiness through external validation according to absolute and unattainable beauty standards! There is just something about that that rubs me the wrong way.

Cinderella isn’t my least favorite fairy tale—no one should forget the implications of Sleeping Beauty waking up pregnant in pre-Disney versions of the story—but it is one of the most enduring and reiterated of the lot. Countless novels rehash her transformation from pauper to princess. She’s the model for every ugly duckling turned swan, every girl who pulls off her glasses to reveal a hottie, every success story designed to be rubbed in the face of all the hating relatives. In essence, Cinderella is the poster child of makeover fiction. 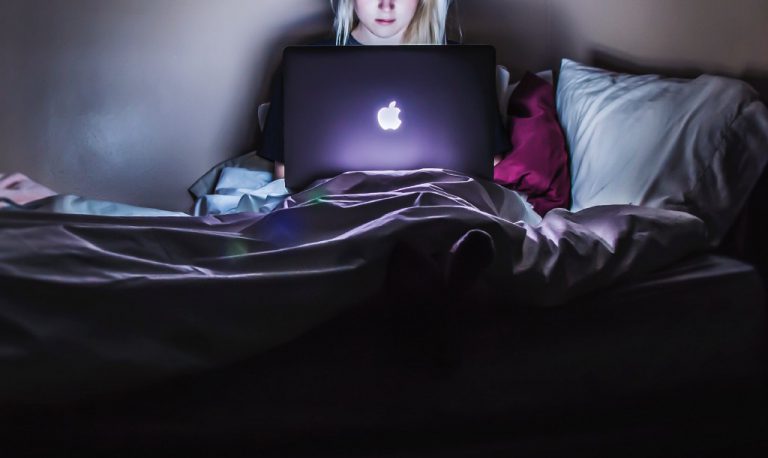 We are in love with makeovers, and it’s not limited to novels either. She’s All That is a ‘90s classic, and what about Grease? Along with that catchy song, the grand finale reveals Sandy’s transformation from goody two shoes to top-notch leather-clad babe, and it is beyond satisfying. That big reveal makes me want to applaud and completely forget about the significant portion of the musical spent shaming the teenager courtesy of her supposed friends and peer-pressured love interest.

That memory-erasing burst of satisfaction is the crux of it all. Longstanding media — film, books, television, and commercials — have made an art of triggering makeover highs: skin care before and afters, fad diets, What Not to Wear, Queer Eye, Extreme Makeovers Home Edition. It is tempting to fast forward through entire episodes or speed read the last fifty pages of a novel to get to the big curtain draw at the end. That moment is the culmination of invested time, effort, and advice shouted at characters who can’t hear me anyway. It cues the rolling credits with a big Happily Ever After on the final page.

So what’s the problem?

As fun as these makeovers are, they rely on the implicit assumption that said makeover is necessary. Who would would watch an extreme home makeover if the house weren’t badly in need of repair? There’s mold in the basement and termites in the attic. The paint is peeling, and no one likes a popcorn ceiling. Some buildings need an aesthetic pick-me-up. Makeover fiction delivers on this concept, but only when we ignore the fact that people are not houses. We don’t need new paint jobs to raise our market value.

Makeover fiction idolizes physical change while giving lip-service to the be yourself ideology: “You’re still you, just a better you!” There is nothing wrong with people wanting to doll themselves up, but the examples given for what constitutes a “better you” leaves a lot to be desired. These fictions, whether YA novels or reality television, play into ridiculous beauty standard biases.

Let’s look at an obvious one: the main character works hard, quits sugar, gets in shape, and suddenly their life turns around! We’ve all read this book or seen this movie. Virgie Tovar did a fantastic job at debunking this myth of weight loss. If the numbers on the scale finally reach good enough, then there is still a tape measure heckling you, or the calories per serving, or size tag on the clothing rack. The digits never add up to the imagined ideal you. To rub salt in the wound, someone will inevitably chime in with the healthy living argument: too fat to eat, too fat to drink, too fat to sit, shame on you. All of it amounts to fatphobia, a socially accepted condemnation and theft of bodily autonomy.

Weight-loss-based makeover fiction praises such body-conscious behavior. It congratulates those who earn social approval through glamorized self-deprivation. All behavior of indulging in sweets and (gasp) carbs are perceived as character flaws or symptoms of discontent that the main character is obligated to triumph over.

Aside from weight, makeover transformations put emphasis on wardrobe, which verges into bleak territory for class divides. Not everyone has a fairy godmother to magic them up a new dress. Privilege is the key word here. Makeover stories come with a near obligatory shopping sprees. Hair, makeup, tighter shirts, and shinier accessories. Makeover fiction looks with disdain at old-Cinderella’s work clothes and plays into the belief that a lifestyle upgrade (capitalism!) is the route to happiness. The custom-made glass pumps bring back Prince Charming, not your dazzling personality. Those without magic or monetary access to those pumps don’t make it past “once upon a time.”

Surprisingly, The Hunger Games has one of the best debunkings of glam Makeovers I’ve ever read. With the disturbing wealth-poverty disparity in the Capitol, Katniss’ high fashion upgrades occurs for the sole purpose of commodification. She makes herself palatable to the upper class for the sake of survival, and they in turn are fascinated with her as their new toy. Cinderella, Katniss, and Eliza Doolittle of My Fair Lady all put on fancy dresses for acceptance into an idolized social sphere. Makeover fiction glorifies this social mobility, and while I am sure being rich is great, there is the implication that the the poor and plain lead miserable lives and will continue to do so. The un-made up character is by situation inferior.

Operating within preset frameworks, makeover fictions are strict in the ways they allow their characters to “improve” themselves. The tomboy must become the prom queen, the geek has to get abs, and the frumpy grow into elegance. There is no room to diverge from ideals of femininity and masculinity when the entire point is to transform oneself with outside aid according to that preset standard.

Then again, a lot of this is old news. Of course makeover fiction is problematic. That’s what brought about the wonderful wave of “real beauty is on the inside” and Oz-esque “they were beautiful all along” themes. Who can’t appreciate Anne Hathaway’s transformation from comfy sweater to high fashionista and back again in Devil Wears Prada? And what about Mean Girls where a new girl purges the pink from her system by rejoining a team of mathletes and forfeiting her Spring Fling Queen crown. These stories seem to defy the makeover progression by circling back to the start, but do they?

The problem lies deep within the narrative structure of the makeover as a trope. It is unavoidable. Physical alteration, even if later reversed, operates as the chief driving force behind character agency. The stories open up with a sense of insufficiency as the premise while a sudden necessity for change acts as the impetus that gets the ball rolling. The protagonist grows or falters in conjunction with their steadily altering appearance. At its peak, beautification grants confidence. It creates opportunities otherwise unavailable and rewards character with praise or character-building critique.

The journey of transformation inextricably weaves itself into the narrative formula. Even if the makeover undoes itself for an inner beauty ending, it is only by first internalizing societal discriminations then later rejecting them that the characters settle into their own skin. In essence, growth means you have to hate yourself before earning the right to love yourself.

That sucks. We need to stop writing makeovers as vehicles for character development. They are not meant to be. In the beginning Cinderella wasn’t a social climber who celebrated superficiality, nor was she trying to turn her whole life around. She was just a hard working girl in the mood for a party. Dressing up isn’t meant to be a life altering process but a moment of self indulgent play. Sometimes it lasts, sometimes it reverts at midnight, but it doesn’t matter either way because there is more to a person than what lies on the surface.

How about instead of makeover fiction, we get more novels on self-love? There are plenty of struggles in the world to spin into stories, so let’s stop normalizing cripplingly low self-esteem. Only by dreaming up characters who love themselves from start to end, can we teach ourselves to do the same.

A Master Class in Women’s Rage

Want to understand what all the women you know are so angry about? Here’s a syllabus

Were We Too Harsh on Penny Lane?

7 years before we had Manic Pixie Dream Girls, “Almost Famous” introduced us to Penny Lane

Who Gets to Have Gut Instinct in Big Screen Action Movies?

On the troubling depictions of competence, gender, and leadership in our stories

From "Wicked" to "Cruella," rehabilitated villainesses rely on outdated ideas of women's virtue