The Acknowledgments Are My Favorite Part of a Book

I’ve never read the ending of a book first, though I do have a habit of flipping to the back before I begin, turning instead to the acknowledgments page. There are stories embedded here. Acknowledgments capture the real-life intimacies of the literary world and lay bare the backdrop of the writing process.

The acknowledgments remind me of a playwright’s list of characters that come before the first act, a glance into the cast of a life and how a book is made. There are lovers, chosen families and birth families, friendships cascading from childhood into adulthood. There are teachers and classmates, the traces of the classroom where books sometimes begin. The agents and publishers and editors who have ushered forth the words between the covers. There are the institutions and residencies that, stitched together, create a map of where the book was written. And of course, there are the fellow artists, the writing groups, the people a writer thinks alongside, the strange blending of heroes become friends, of friends who are our teachers and most honest critics. The ones who saw the early scaffolding of a book and coaxed it along, staking it up like a tomato plant. In the white space around the black ink, I see the fury and exhaustion and hunger and mourning and delight of comradery in the process of making a book.

Some have bristled against all this gratitude. In The New Yorker, Sam Sacks claims the acknowledgments are incestuous backscratching, full of “humblebragging” and formulaic thanks that are really just an “extension of the book’s publicity.” Noreen Malone agrees, in particular taking Sheryl Sandberg to task for seven and a half pages of thanks when her book is less than 200 pages long. While it’s easy to get grumpy about namedropping that seems obligatory rather than earnest, it’s also not difficult to feel the tonal difference between the two. Not to mention that many writers, especially when beginning their careers, are advised to treat acknowledgments strategically, using them to glean which journals, residencies, and agents might be a good fit for their own work. All these thanks (whether humblebrags or earnest appreciation about going to Yaddo or MacDowell) light up professional pathways, which, in a world where many debate the need for an MFA in order to professionalize, is an act of democratization. The end pages of a book offer breadcrumbs along paths that circumvent academic institutions.

Personally, I’m tickled when the thanks feel like a group huddle, or a series of toasts, full of inside jokes, private nods and allusions tucked into this public arena of gratitude. It’s charming, and very human, that when faced with finality of publication we have an urge to capture the immensity of the creative process. In her debut collection Her Body and Other Parties, Carmen Maria Machado, well, acknowledges, that when publishing a first book the list of thanks can get quite long since you have to thank all those who have supported your career thus far, not just those who have shaped this book in particular. (Her acknowledgments did get briefer for her second book, In the Dream House.) Ocean Vuong takes this sentiment further: He elected to thank not just his mentors, family, and friends, but also artists living and deceased who had influenced him when crafting On Earth We’re Briefly Gorgeous. He nods to literary greats like Baldwin, Barthes, Duras, O’Hara, Siken, as well as Whitney Houston, Etta James, Nina Simone, Frank Ocean, and Charles Bradley. I picture him dancing, swooning, swaying to them. His gesture implies that even if they aren’t reading this book, they are very much still worth thanking, that acknowledgments aren’t just written to the people they address, they are meant to create a fuller picture for readers about the other art that bleeds into the work and keeps it company. Acknowledgments are a commentary about how the work is made, a small resistance to the capitalist illusion that this is just a product you bought, a reminder that the work still exists outside the market, that the making itself matters.

I have a voyeuristic interest in studying the acknowledgments as paratext of a book, to look in on the intimacies writers choose to share with readers. In my mind, they are not subordinate or tangential to the work but exist alongside the prose, especially in the case of nonfiction when the beloveds described in the book are also those who are thanked. I scrutinize how the authors address their subjects differently in this semi-epistolary mode. When Maggie Nelson writes, “This book would not exist without Harry Dodge, whose intelligence, foxiness, vision, fortitude, and willingness to be represented have made this project, along with so much else possible,” we are seeing both within The Argonauts (which chronicles the dual metamorphoses of Nelson’s and Dodge’s bodies: her pregnancy and his transition) and outside of it. It’s impossible to ignore that Dodge has taken her author photo, too, just as it’s impossible not to have her thanks colored by her description of Dodge’s reactions to her first draft: “At lunch he tells me he feels unbeheld—unheld, even…We go through the draft page by page, mechanical pencils in hand, with him suggesting ways I might facet my representation of him, of us…he is, after all, a very private person.”

These acknowledgments reiterate how complex it is to represent another person. After all, the book begins with Nelson uttering “I love you” to Harry for the first time while being penetrated in the ass by him, and the tenderness, urgency, and pleasure of this description juxtaposed with her direct thanks to him remind us how a text can’t encapsulate an entire reality. In nonfiction, writers are always deciding what not to include from life and it’s clear there’s vulnerability and omission both here. She ends with, “Thank you for showing me what a nuptial might be—an infinite conversation, an endless becoming.” Her thanks is expertly crafted, and undeniably a different tone than the fragments that precede it. Likely this was not something that an agent or editors commented on or pushed her to revise. This poignant sentence offered in the acknowledgments has more weight when put into the context of all Nelson has let us witness between them.

How to Write Your Debut Book’s Acknowledgments Section

Start with “Aren’t we all essentially alone?” 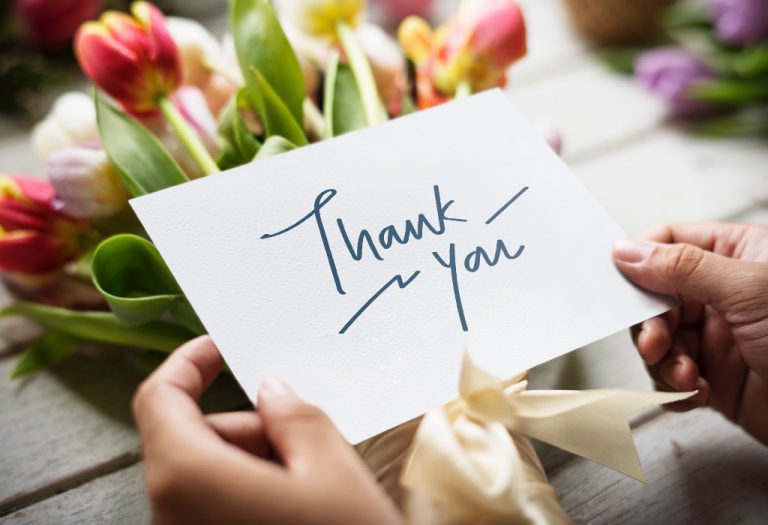 In a much different tone and approach, Anne Boyer’s acknowledgments in her Pulitzer Prize-winning The Undying extend a simple gratitude for those “whose care, conversation, encouragement, feedback, and example” aided in the creation of her book, which is an account of her experience with breast cancer and an excoriating critique of the medical industrial complex. She lists 45 people and the myriad workers who were part of her ongoing care, without indulging in further elaboration on the roles they played in the book or her care. I can’t help but think about how later in her memoir, Boyer (much like Nelson) shares a meta-narrative about the revision process of the book. “A friend wrote about what is missing from an early draft: ‘There is only intermittently any Us.’ My response to him is, at first, I can’t lie….What I meant was that I can’t pretend to have felt less alone.” When I read this, the sparseness of her thanks struck me again because it communicates that both can be true: She was alone in the pain and the wreckage of her body yet surrounded by people who cared for her. In the case of both Boyer and Nelson, it’s as if to say, this naming can never be enough, because the nature of memoir is one person’s perspective.

Writing is both a singular and communal act, because, as my university department wants us to impress upon our students, “Thinking is writing and writing is thinking.” To write is to be in conversation with others, to be influenced by and entangled with others (which Catherine Lacey and Forsyth Harmon map out beautifully in The Art of the Affair). Writing is reading and researching, walking and thinking, speaking and silence, listening and questioning. Writing needs pleasure and relaxation, just as it requires the drudgery of the daily: emails, groceries, laundry, calendars. Writing needs the ache and élan of living that teaches us our own capacities and breaking points. Acknowledgments have the ability to expose that living. They allow us to witness the palimpsest of influence these acknowledgments, these elegies, these testaments, these toasts, these praises, these honors and recognitions. I turn to the back of the book because I am compelled to witness these gratitudes, to the pages that are built into a book’s form to say thank you.

Let’s Toast the Bride and Groom (over Zoom)

"Prothalamion in a Pandemic" and "Antenna," two poems by Nan Cohen

9 Books About the Beauty and Complexities of Chosen Families

Gabe Montesanti, author of "Brace For Impact," recommends memoirs and novels about friendships that become a life-long bond

In Tomi Obaro's novel "Dele Weds Destiny," three women reflect on the choices they've made under the pressure of Nigerian societal norms

In "Fellowship Point," buried secrets come to light as two lifelong friends fight to preserve their sanctuary in Maine