On November 9th, at the 6th Annual Book Sorting Contest against Seattle, New York City’s book sorting team gathered together to take back the title of champion sorters in the United States. The race took place on both coasts, beginning with New York’s course at the Library Service Center in Long Island City and then the King County Library System’s course, several hours later, outside Seattle. Each machine would run for exactly one hour, zealously sorting books, getting them out to the numerous libraries in the area and ultimately into the hands of the patrons.

New York had been training all year for this day, the results of which would determine whether New York would receive Seattle’s Best Coffee, a prize worth fighting for. (In the event of a Seattle victory, New York would be required to provide the winning team with New York cheesecakes.) As one of the largest and busiest library systems in the United States, serving over 700,000 cardholders, the King County sorting system may be the only one in the country that holds a candle to that of New York’s. The outcome was nearly impossible to predict, given the comparable stats of all the key players.

The King County Library System’s machine, nicknamed “Tin Man,” serves all 49 libraries in the county. At the last competition, it came in first place with a record of 12,572 items sorted in one hour. Installed in 2005, the “Tin Man” is the first of its kind and has influenced library systems around the globe to imitate its groundbreaking technology, including our very own library system in New York City. The New York sorter reached 12,371 items at the last competition, a reputable performance, though not enough to gain national bragging rights. Installed in 2010, the New York sorter now serves 150 locations in Brooklyn, Manhattan, Bronx and Staten Island, and sorts an average of 620,000 items every month.

If you think all they do is shush you, you’re in for a treat 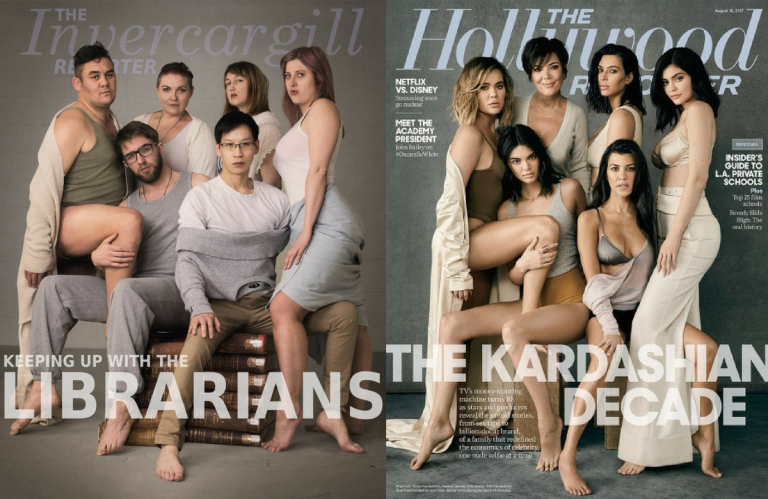 Seattle was the first to install a sorter, and since then has updated and upgraded its system, fearing that New York would sneak up from out of the dust to reign over United States’ library systems as the fastest in the country. Having lost the last competition by only 201 books, New York was holding its breath for this race. We had won two competitions to Seattle’s three, meaning this one would bring the two champions to a tie.

At 10 a.m. on November 9th, librarians and book lovers alike gathered around the New York sorter to watch the events unfold. To get to the sorting machine, we were led down to the lower level of the Library Service Center, to the 238-foot conveyor belt that sorts an average of 9,000 items every hour with the help of the sorting staff.

The morning began at 9:45 a.m., just fifteen minutes before the competition was to take place. The team of book sorters huddled around Salvatore Magaddino, the director of BookOps, a technical services collaboration between Brooklyn Public Library and New York Public Library. After introducing the spectators to the event — making the bold claim that every other sorting system “pales in comparison” to that of New York’s — Magaddino began psyching up the team.

“We’re down 3 to 2,” he said, referring to Seattle’s wins. “We’re better than that, we’ve got a stronger team than that.” The team nodded in agreement. The spectators shuffled around, glancing at the piles upon piles of books, both new and old — Crazy Rich Asians stacked on top of The Great Gatsby.

“Half of the team has never participated in this event before — I was a little worried about it,” Magaddino continued. “But once we started practicing and I’d seen you guys coming together, I saw you guys gel. I am proud to be a part of this team.”

It was 9:55 a.m.; cheers erupted and Kanye’s “Stronger” began blaring through the speakers as the team members made their way to their starting positions — hands hovering over the piles of books, Gatorade within reach. One sorter pulled his hair into a ponytail, another rolled his shoulders and cracked his knuckles. “If your fingers get sore, keep going,” Magaddino had warned them.

At 10:00, the machine sprang to life, the conveyor belt cruised before them, and for the next hour they sorted books amid applause from the spectators and a succession of out-of-date pop songs. At the end of the hour, the belt came to an abrupt stop towards the end of Alicia Keys’ “Empire State of Mind” and the sorters, T-shirts drenched in sweat, made their way back to the coach to hear the results: 12,330 books sorted in one hour, to King County’s 10,007. New York will be getting Seattle’s Best Coffee after all.

How Kareem Abdul-Jabbar Is Reinventing the Sherlock Holmes Story

Job Counseling Sessions Gave Me Space to Tell My Story

After a 2-Year Hiatus, the Masquerade of the Red Death Returns to Brooklyn

10 reasons why you should party with Electric Literature

Girls with unhealthy work-life balance, toxic romances and terrible vices, claiming the city as their own, one subway cry at a time