There Is No Singular Immigrant Experience

There is no one immigrant experience. Nor is there only a handful to draw from, and yet, at a time when the immigration debate is inescapable in American politics, both sides still reach for their handful of tired narratives to argue either for or against the humanity of people without U.S. citizenship (and even then, the goal post can always shift). On both sides, immigrant stories are marionetted and exploited in ways that not only flatten real experiences but also flatten the real people who lived through them.

Enter A Map Is Only One Story, with twenty writers who assert the seemingly unfathomable truth that there can be as many experiences as there are people who experience them. In this stunning collection, the debut anthology from Catapult Magazine, each writer invites you alongside them as they contend with unnatural borders and their devastating consequences, which hide in plain sight in our daily lives in America.

Without the necessity of an outside voice to translate their experiences for the public, the writers let their stories be complex, but even that word seems to do a disservice to their work. Refusing clean narratives, these stories dig deep and entangle themselves in ways that, once you walk through the mist of otherness that words like “immigrant” and “undocumented” inspire, you will find are deeply human, deeply relatable, and merely circumstantial.

I spoke with editors Nicole Chung and Mensah Demary about the necessity and achievement of nuance in stories about immigration, and how these writers prove that the idea of the faceless, voiceless brown mass is the biggest lie yet.

Frances Nguyen: This is the first published anthology of writing from Catapult. Why did you choose immigration? 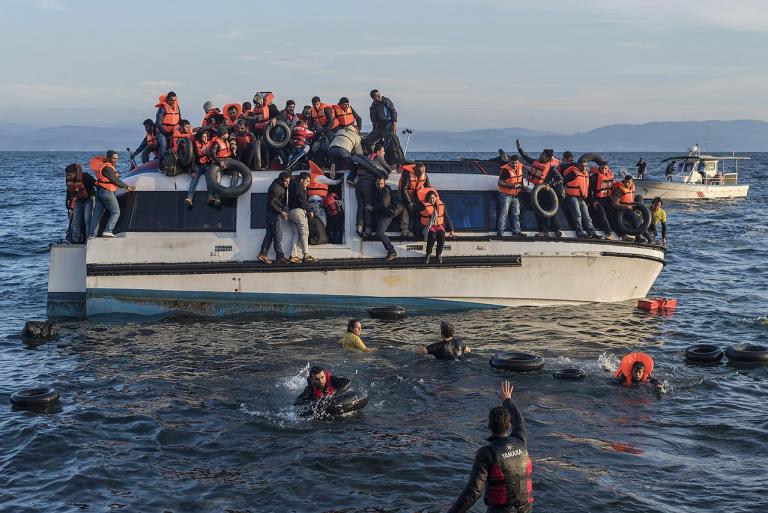 Mensah Demary: Since 2015, Catapult Magazine has published a wide-ranging collection of narrative nonfiction from writers all over the world. When we considered the possibility of a print anthology, we realized [it] should have a narrow focus, and it quickly became clear that immigration as a topic seemed, to us, one of extreme importance and urgency.

Nicole Chung: Right, I remember we talked about a lot of different ideas, but migration was the one we kept coming back to. We knew we had a deep well of immigration stories to draw from, and we had them precisely because the subject is one of such pressing and ongoing importance that intersects with so many others.

FN: In the introduction to the anthology, you describe the intent to explore “the human side of immigration.” What does that look like? Is it exploring the consequences of policy, or the idea of borders and belonging—or, maybe, just the normalcy of movement to the human experience?

NC: All three, I think. I’m glad you raised the point about migration and movement being part of the human experience; these things are inevitable and always have been. Everyone should be able to recognize this as the most natural and human of motivations, to go where you think you can work and live and seek greater safety and security for your family.

Early on, when Mensah and I were reading through the archives and considering pieces to add to this anthology, I was particularly struck by a paragraph from Jamila Osman’s beautiful essay “A Map of Lost Things”:

Obviously we took the title of the anthology from this passage, but for me, personally, it also feels like a distillation of what we hoped this collection would do: focus (or refocus) readers on the fact that migration is always the story of people—of individuals, families, and communities—before it is anything else, and then let the writers in this collection speak to those truths and experiences with honesty and authority and nuance.

FN: What did you find most striking about this collection?

MD: The collection brings up the complicated nature of immigration, which might appear as a simple truism to shrug off but in actuality results in stories that upend any would-be assumptions and refuse to cater to easy, stereotypical labels. The contributors speak for themselves, sharing with readers deeply personal stories that refuse clean, simple resolutions.

NC: I agree with Mensah. I think one of the strengths of this collection (and good narrative nonfiction in general) can be found in that tension or gray area, and for many of the writers in this anthology, that’s actually where some sense of belonging comes from, when it does. You see them resisting the pressure to go along with uncomplicated definitions or ideas—that you can only have one home, or that belonging is best defined or gate-kept by people who hate or fear you.

FN: Many of the essays seem to encircle themes of shipwreck, the politics of their very bodies, and the trauma of not just code-switching but almost dismembering oneself to assimilate. Did you find the same?

NC: You do see plenty of writers grappling with the insidious pressure to assimilate, but I think what has stayed with me, after repeat reads of all these pieces, is not just the fragility of our bodies but the fluidity and flexibility of our identities. Each one [of these twenty different writers] is trying to define self, home, and family in their own way, because in the end, they’re the only [ones] who can do that. But I don’t think any of them are looking for a better understanding of themselves completely independent of that experience.

MD: I would just point to how immigration politics provoke and fuel objectification of people and their complicated lives, made all the more fluid by their living and working in a foreign country. The awareness to this objectification stands out in my mind when I think about some of the writers’ works.

FN: I found that a deep, relational connection (or lack thereof) threads through the entire collection. What have these stories taught you about love, by its most expansive definition?

MD: Love contains an element of visibility, of being seen, and it’s this visibility as a question and source of tension that cuts through each of the pieces, I think. Whether or not you’re sure if you’re seen fully for who you are, love, in this way, further complicates the meaning of home as a way of being and feeling rooted.

Danny Lavery Wants to Be Your Goth Boyfriend

7 Novels About Being a Queer Immigrant

Karen Jennings, author of "An Island," on living in isolation and the universal trend towards far-right conservatism