The author of "Want Me" on the meaning of desire and the problems with how we discuss, teach, and understand sex

Without want, there is no personhood. Whether the flush thrill of sex, or the gratification of a good meal (or both, and then some!), our desires constitute and catalyze us. But while the act of desiring might seem automatic—something both feral and essential—understanding why we want what we want can be a fraught endeavor.

Sex writer Tracy Clark-Flory is both a student and a philosopher of want. It is the province of her intellectual enthusiasm and, most recently, it is the organizing concept for Want Me, a memoir of her sexual desires and a topography of straight women’s erotic culture. Clark-Flory understands sexual want as an exquisite conundrum. On the one hand, it is a site of possibility: for pleasure, for play, and for the enduring work of self-knowledge. But it is, simultaneously, territory occupied by culture. As Clark-Flory argues in her book, it is impossible to detach our desire from the influences of our milieu, thick as it is with normalized ideologies, all of which tell us stories about how we ought to engage our libido. As she sifts through the archive of her own sexual coming-of-age—comprised of naively salacious internet chats, Baz Luhrmann’s Romeo and Juliet, and of course, grainy internet porn—Clark-Flory considers her personal history with the compassion of an elder sister, the intellectual curiosity of a social critic, and the ethical rigor of someone pushing towards progressive clarity.

I recently caught up with Clark-Flory about Want Me, self-disclosure in internet writing, and the various pernicious impacts of normative sexual culture.

You’ve been writing about sex on the internet for over a decade, a beat that entails a significant amount of self-disclosure. The internet has also shaped our respective careers—we’ve both even blogged for Jezebel! So, we are both familiar with the tricky negotiation between personal boundaries (what am I comfortable sharing about myself?) and the awareness of certain mercantile realities endemic to internet writing (will sharing intimate details help my career?). And we are familiar with the frequently-relitigated debate about the Personal Essay Industrial Complex: women-identified persons are so often asked to bleed onto the page, to narrate our traumas.

I am curious to know how this context has shaped the way you write about sex, particularly when it comes to personal testimony. How do you make decisions about what stories to tell?

They Canceled the Bad Sex in Fiction Awards, so We Made Our Own 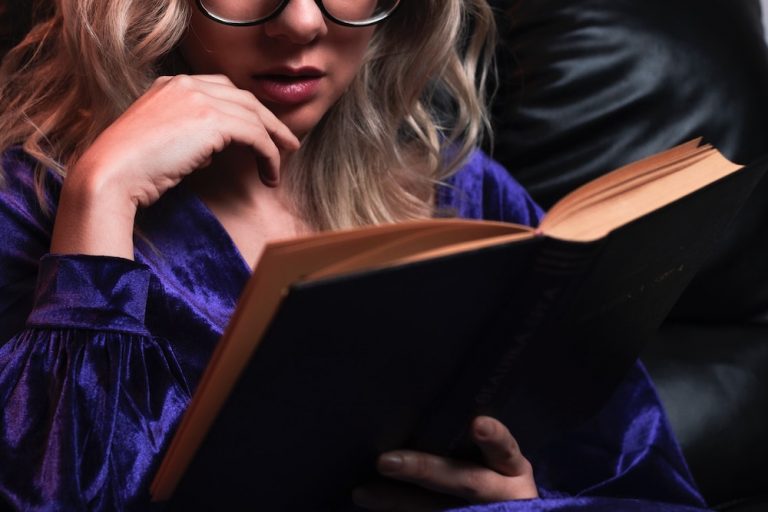 Tracy Clark-Flory: Early on, I had a mentor of sorts tell me, “I know you’re capable of so much more” with regard to my covering the sex beat, as well as writing about “women’s stuff.” Meaning, as I interpreted it, you could be writing about important topics. I’ve long resented the idea that sex, and “women’s stuff,” are not important topics. At the same time, I think the media’s devaluing of sex writing places an overemphasis on quick turnaround personal writing that is either clickbait or service-oriented. I was well into my career before I was given the support to develop my reporting skills and approach sex as the important topic that it is.

That shift gave me greater power to decide when, and how, to publish personal writing. So far, it seems I’ve decided to mostly save the personal writing for longer, bigger projects—like this book.

RVC: Towards the end of Want Me, you recount a conversation with your husband in which you share a deep-seated wish: “Sometimes…I want to step outside of our culture, or to pretend for a few moments that I can.” I’m sure that yearning resonates with many readers; after all, it’s noisy out here! In fact, one of the many things your book does is make manifest the work—the exhaustion!—involved in cultivating and holding fast to one’s sexual subjectivity, especially in a world that flagrantly caters to straight white cisgender men. How do we learn to differentiate ourselves from our context, which so often annihilates sexual nuance, rendering it, as you say “one size fits all”?

TCF: This question speaks to the conundrum of sexual authenticity, which I wrestle with throughout the book. Sociologists like Erving Goffman argue that basically everything in social life is a performance, that we’re always gauging other people’s reactions to ourselves and managing impressions within cultural norms. He would say that there is no authentic self, really—the self only exists through these unending performances. Of course, Judith Butler has made related arguments around gender. If all of social life is a performance, if sexual scripts are adapted from cultural norms, then what the heck is authenticity?

I don’t think that there is a pre-cultural self. We’re all the result of cultural and social influence, and our sexual fantasies in particular so often draw upon cultural and social meaning and symbolism. I spent a lot of time interrogating my fantasies for authenticity, but ultimately I arrived at an interest in my own bodily feeling and pleasure as being an important measure of authenticity. The most basic measure being: Does it feel good? Are you in your body? Feminist scholars like the developmental psychologist Deborah Tolman talk about subjectivity in terms of girls being in touch with their own embodied sexual feelings, even as “a variety of contexts constrain or make their expression dangerous, difficult or even impossible for girls themselves to discern.”

Unfortunately, I think sexual subjectivity and authenticity, whatever you want to call it, requires sitting in that ambiguity.

RVC: Public discourse about sex and sexuality is generally pinned to cisgender, able-bodied experiences, thereby excluding the myriad genders and bodies that exist in the world. How can we effectively chisel away at these normative structures, and—once and for all—unhook our understanding of sexuality from an illusory gender binary, with its tethered assumptions about what all bodies should and can do?

TCF: So much of my book depicts my struggling against normative assumptions about sexuality within the gender binary. There are my assumptions about “straight men’s desire,” which are incorrect, because there is no “straight men’s desire,” there are just men and desires, emphatically plural. There are my own insecurities and uncertainties around my own desires and whether they are “normal” for a woman. Normative assumptions are most of what we’re fed around sex—and those assumptions are almost always a tragic misdirection. I don’t exactly know how we unhook from that, but I do know that over the years the best sex advice I’ve encountered has nothing at all to do with gender, and everything to do with context, connection, and creativity. It has to do with letting go of those normative injunctions and reaching for unscripted territory.

RVC: As a teenager, I watched porn every now and again, but more often than not, I turned to Cosmopolitan’s famous listsicles—10 Ways to Suck His Toes, or whatever—in order to learn about straight male desire. Seemingly, we are inundated with this sort of information from the moment we’re aware sex exists until the day we die. It’s the ultimate quest—to learn what men desire, what women desire. But oftentimes, this information says so little: for all my poring over Cosmo, I don’t think I retained one useful lesson. What if we just didn’t worry about it? Is it possible to reach a place in the realm of human sexuality where we no longer treat desire like the conclusion to a detective story, or a fossil to be excavated?

TCF: Those questions around what men or women desire are so endlessly fruitful because they don’t have a real answer. It’s incredibly appealing to imagine that you can master desire, just grab the key and unlock the secret. We want to believe that desirability is something that can be bought and sold, learned and taught. Ironically, that grasping for generalizable expertise takes us away from the vulnerability of exploration. It forecloses intimacy and discovery.

RVC: In Want Me, you refer to the shameful state of American public schools’ sex education programs, and it occurred to me that you are the sort of person who should be designing these curriculums. Please humor me: what does a robust, progressive sexual education program look like? What age does it begin? What are the most important things for kids to learn about this unwieldy realm of human experience?

TCF: This would make for quite the clickbait headline but: Sex education should begin at birth—but not in the way we usually think about it. I’m borrowing here from countless feminist academics and sex educators whose ideas I have absorbed over the years, but: sex education should begin with age-appropriate lessons about bodily autonomy, boundaries, consent, and biology. I have a 3-year-old, so at that age it can mean everything from naming body parts accurately to never instructing him to hug or kiss such-and-such relative.

As for adolescents and teenagers, the feminist academic Michelle Fine noted the “missing discourse of desire” in sex education, in which an emphasis is placed on avoiding risk. We have to talk with young people about desire and pleasure, too. Adults discredit themselves not just by overemphasizing the dangers of sex, but also by oversimplifying the act into a biological event. There is a whole wide world of sex beyond basic anatomy diagrams—one that encompasses fantasy and community, play and experimentation.

I want to see adults talking with kids about sex with… excitement and wonder. Can you even imagine? We’re so afraid that young people will have sex that we drain all the good from it in our telling. We turn ourselves into unreliable narrators. Kids know when they’re being lied to—and they will seek their information out elsewhere.

RVC: Writing about sex means writing sex. How did you learn to narrate the experiences of desire and pleasure? What writers or books have served as models or inspirations for what sex writing can be and what it can achieve?

TCF: I cherish Sallie Tisdale’s Talk Dirty to Me and Lisa Palac’s The Edge of the Bed for numerous reasons, including their poetic and unflinching honesty about their own desires, as well as their feminist sense of conflict around those desires. I like sex writing that allows for a sense of turmoil and conflict. This also more generally makes for good personal writing—Mary Karr writes of the importance of depicting the “inner enemy.” I’ve also been deeply inspired by Cheryl Strayed’s treatment of sex as a vital part of emotional life, especially in her essay, “Love Of My Life.” More recently, Garth Greenwell’s Cleanness—well, I bought the e-book, and then immediately after finishing, I rush-ordered the physical copy because I needed to hold this beautiful piece of art in my hands.

The work of resisting normative injunctions, the reaching for unscripted territory, doesn’t just impact our sex lives. As Melissa Febos wrote, “I suspect that to write an awakened sex scene, one may need to be awake to their own sex. “

"Kristin Lavransdatter" is a hundred-year-old book about medieval Norway, but it felt more real than the present

10 Books About Women Who Want to Have Sex