We Are Not Going Back to Normal

How reading "Gold, Fame, Citrus" by Claire Vaye Watkins can help us prepare for a changed world

I’ve always had a thing for disaster novels. When Gold, Fame Citrus—a drought apocalypse novel set in Los Angeles—was published in the fall of 2015, I immediately knew it was for me. I tore through it on flights between Los Angeles and San Francisco, while the water was running out and the dry brush around both cities was begging to be lit up. We seemed to be on the precipice of disaster then, but ultimately never fell off. Even when the wild fires burned in subsequent years and we made a run on N95 masks, we (in the cities) largely kept our innocence.

I often reflect on Gold, Fame, Citrus. The way in which Claire Vaye Watkins envisioned a starkly changed world has stuck with me over the years. Now that we are faced with a disaster—albeit one of a different nature—that is irrevocably altering the way we live, I find myself returning to it again, looking for solace as I watch my old existence of health and restaurants and meetings over coffee and gleefully dancing in crowds crumble around me.

While the shape of the particular disaster that the novel images may be different from our own, the details and logistics of it are ultimately irrelevant. Disaster is disaster, and the result is the same: our lives are upended, and we must navigate the wreckage. The emotional experience of finding our way through is what Vaye Watkins captures so compellingly, and it eerily mirrors the arc of what we are experiencing now:

Today, we’re deep into phase one, and beginning to enter phase two. But waiting at the end of this crisis—whenever that may be—is phase three.

The novel opens in Los Angeles, which has become a skeletal, abandoned city. The protagonist, an ex-model named Luz Dunn, and her boyfriend Ray are squatting in a movie star’s vacant home in the Hollywood Hills. Having decided to hunker down in the city after most of its other residents decided to abandon ship, they are essentially sheltering in place, doing their best to fend off boredom with an array of time-killing projects.

It was important to have a project, Ray said, no matter how frivolous. The Santa Anas winged through the canyon now, bearing their invisible crazy-making particulate, and Ray said she should try to keep her hands busy. She should try not to sleep so much. Some of Ray’s projects included digging out the shitting hole and siphoning gasoline from the luxury cars abandoned throughout the canyon.

Our self-quarantine began in earnest on Wednesday, March 11th. That was the day my partner stopped going into his office, in favor of working from home. The next day, rumors of a complete lockdown of New York City—no one in or out—circulated like a wildfire over text. Thankfully, it was debunked as a hoax. But it was enough to push us over the edge to leave the city that weekend. We decamped for rural Connecticut, where two friends are renovating a house.

Ted Chiang Explains the Disaster Novel We All Suddenly Live In 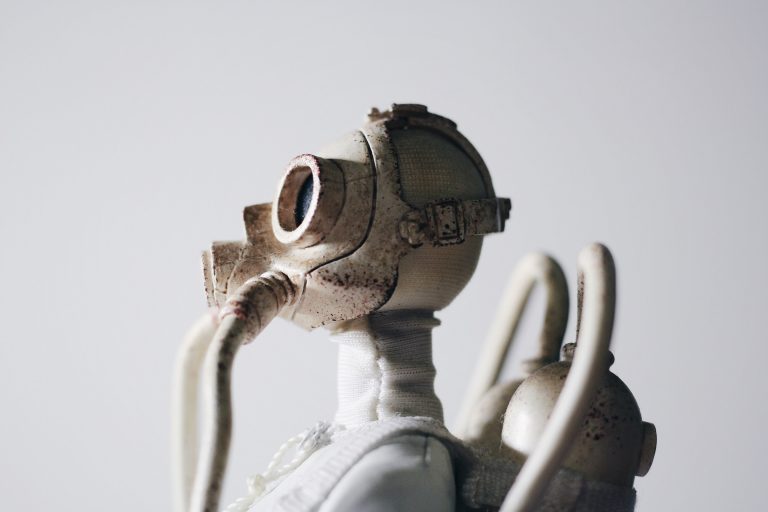 Our friends are good at projects: tiling the kitchen, building furniture, hunting down toilet paper. I still struggle against the desire to sleep in. The first week of our quarantine here, I’d sleep until 10 am. I found it nearly impossible to apply myself to my work, which proved to be fine, because my work was dwindling. Clients put work on “pause.” Editors went dark. New business prospects put proposals on ice. Projects were evaporating and everything felt frivolous.

Things started getting better when I started forcing myself out of bed early enough to have breakfast with the rest of the house. When I didn’t have work to do, I occupied myself with the pantry: taking inventory of what we had, what we were running low on, and what we needed to make whatever it was I wanted to make. I kept a meticulous grocery list and volunteered to do the shopping.

“Tomorrow they would eat berries.”

To console Luz after a particularly rough day, Ray offers to take Luz to the “raindance”: a grotesque, moonshine-fueled party and makeshift illegal swap meet in the dried up, trashed Venice Canals, which feels like the Tenderloin in San Francisco, if the Tenderloin were transformed into Burning Man. Fresh berries, he suggests. Rumor has it that someone has brought a batch of fresh blueberries down from Seattle, where things still grow.

Now, dusk was coming to the dry rills of raindance. Luz followed Ray along the berm and, though it scared her, into a man-high rusty corrugated drainage culvert, where the berry man was supposed to be. […] From the darkness materialized a shirtless, ashy-skinned daddy-o, bald head glistening, tiny mouth gnawing on a black plastic stir straw. […] [He] held a drained cola can aloft in the darkness. “King County blues. One-fifty.”

Ray tries to negotiate the price down, but Luz is a dead giveaway that they have money—she’s wearing jewelry pilfered from the movie star’s house—and the berry man instead ups the price to $200. They pay it.

If you had an abundance of cash and nothing to spend it on, wouldn’t you too pay an exorbitant price for a taste of your old life? To moisten your dry, bored tongue with a few drops of familiar luxuries?

Ray took the can and examined it. He handed it to Luz. A handful of berries padded inside the aluminum. She put the can to her nose and thought she smelled the dulcet tang of them.

But the smell—or her belief in the smell—is a false promise. It’s only a projection of her desire. When she puts a berry in her mouth, she is dismayed to find it “a tasteless mucus.”

I have a Californian sentimentality about things like fresh produce. When I lived in San Francisco, I used to pay about $8 for a half a pint of fresh blueberries at the midsummer farmers markets. They were firm and delightfully sweet. I don’t think I savored them enough.

Have we savored anything enough? Restaurant meals—even the mediocre ones. Expertly made espresso drinks. Picnics in public parks. Bread from the local bakery. A leisurely walk down the street to buy fresh produce. This year, I’ll miss the first ramps of the season at the farmers market. We might all miss the entire growing season. There are much greater things to be sad about in this pandemic, but these are the things I’m sad about right now. Desirous, impractical: I am Luz.

“This was no forest but a cemetery.”

Luz and Ray load into their car and flee the city. Some distance outside, they approach a forest of trees: yuccas, date palms. They stop to explore it.

The yuccas were white in the moonlight and some had holes bored into their shaggy trunks, holes so perfect the wind would have whistled through them, except there was no wind. […] “These are ancient,” said Luz. “They must be.”

They reach out and touch one, hold the leaf in between their fingers. Things are not as they seem.

There was a sound then, an incongruous sound, like the tearing of very delicate fabric. Gossamer, or cheesecloth. A crepe-ish rip, and the massive hairy yucca swayed, somehow. Luz and Ray staggered back and the tree fell between them, sending up a dry veil of dust. […] They investigated the broken stump and found it completely hollow, save for some dry, twiny marrow inside. […] “They’re dead,” Luz said. “All of them.” Dead, without moisture enough to rot.

A forest; a city. A hollow tree; a vacant building. What will our cities look like when the curve is flattened, the virus abated? Some estimate that 75% of independently-owned restaurants may never reopen. It has also been suggested that one-third of American museums may never reopen. Imagine: summer comes, restrictions are slowly lifted, but the fabric of our cities is irreparably ripped. The restaurants, bars, galleries, museums—all of the institutions we love—are but shadows in our memories, ghostly figments of our imagination as we walk through cemetery streets.

Recession hits; unemployment skyrockets; even those who still have jobs take pay cuts. Will we continue to pay the price to live in the city? If the culture and lifestyle we fell in love with dies with this virus, can we justify the rent? Is home still home if it’s disfigured beyond belief?

There’s a new word for this: solastalgia. It refers to the emotional distress that we feel when the environment around us is being changed for the worse. It’s mostly been used in the discussion of climate change, but as the virus reshapes our urban landscape, it takes on a broader application. “[Solastalgia] is connected to ‘dis-ease,’ or a lack of ease due to a hostile environment that a person is powerless to do anything about,” medical journal The Lancet reports.

Ray and Luz trample the petrified forest. “Desiccation vibrated in their sinews, destruction tingled in their molars.” They are delirious with fear. For them, it’s a terrible omen of what awaits them on the coming pages.

Finally, they stood breathing in a clearing of their own gleeful debris, no night breeze chilling them in their sweat. A supernatural stillness overtook them, the fear they had tried to laugh away.

The next chapter hasn’t been written for us. Here, in quarantine, we’re in a prolonged moment of stillness, watching, waiting, hoping for the best. Maybe we daydream about all the things we’ll do when this is all over. But Ray and Luz’s misadventures in their radically altered world are a reminder: the world will not be normal when we finally return to it.

Luz believed only the most absurd Disney fantasies—the canyon menagerie, the Hollywood escape—so that their failure to materialize was proof that all things would always fail to materialize. […] The ultimate project: to believe.

There will be no Hollywood escape. The best we can do is obey the rules, offer whatever support we can to those who need it most, and hope that the rain comes to our cities before they completely dry up. That way, when the day comes—though some fermentation of will and time and miracle—that we emerge from this desert, we are able to find our way through the wreckage, having learned new depths of our humanity along the way.

Emily St. John Mandel Did Not Predict the Pandemic

7 Books About Navigating A Post-Pandemic World

How do we, as individuals and as a society, use a difficult moment to reimagine our future?

As the Pandemic Drags On, “Zone One” Warns Us Not to Hope