We’re All Terrified of Turning Into Our Parents

Few are able to plunge the depths of familial complexity like Jami Attenberg, and even fewer are able to reflect the nesting doll of desires, secrets, and contradictions the individual becomes when put into the context of family. In her seventh novel, All This Could Be Yours, the New York Times bestselling author delivers her signature wit and emotionally powerful prose in a family saga set against the backdrop of a sweltering New Orleans summer.

Victor Tuchman is, unequivocally, from the get-go, a bad man. The power-hungry real estate developer is also the nucleus of a family irrevocably altered from standing his imperious shadow. As his condition deteriorates in a hospital from a heart attack, his family is forced to reckon with the legacy he leaves behind. His daughter, Alex Tuchman, comes to New Orleans seeking answers about who her father was. Her mother, Barbara, who nurtures a perpetual need bordering on obsession for the material, remains tight-lipped as Alex tries to learn the truth about her father. Victor’s son, Gary, misses flight after flight, remaining in Los Angeles as his wife, Victor’s daughter-in-law, Twyla, is forced to contend with her own secret born directly from the misdeeds of Victor Tuchman. Attenberg charts what one man leaves behind, and questions if a family can rebuild, find forgiveness, and, ultimately, move on.

I hopped on the phone with Jami Attenberg to discuss her latest opus, toxic masculinity, legacy and how it’s passed down.

Greg Mania: I’m very much interested in talking about how family relates to identity, something you examine in your work, especially in The Middlesteins and All Grown Up. What is some new territory you explore in that regard in this book?

Jami Attenberg: Well, it comes down to physical proximity. In All Grown Up, [Andrea] lives in New York and sees her mother once every few weeks. In The Middlesteins, they all live within driving distance of each other. The kids in this book, Alex and Gary, have made a series of conscious choices in their life to physically move as far away from their parents as possible. They didn’t want to connect their adulthood to their childhood. Over the course of the book, they’re forced to contemplate their parents—their father is in the hospital, on the verge of death—and I was interested in seeing how these two characters, who have done everything they can to walk away from their family, consider their parents, again, and see if they’re anything like them.

GM: Even though Victor is in the hospital, unconscious, for the majority of the book, he is very much present, especially in the scenes that take place in the past. But it’s almost as though he’s more of an ominous presence rather than an explicit voice. Was this intentional?

JA: Yeah, that was a specific choice on my part. He appears in the first couple of pages, and that’s the only time you see a close third person. He wasn’t originally going to appear in the book. In the first three drafts, I just had no interest in him having his say. I just felt like men like him have had their chance. We’ve heard from that perspective many-a-time, and I’m tired of it. I just wasn’t interested in who he is. The book was only going to be these, at least, four strong female voices. But on the fourth draft, I realized I needed to put him in there, because his perspective was necessary to the book. I created him as a whole character, but from a sort of removed perspective.

GM:The city of New Orleans is almost a character itself in this book. How has being a full-time resident influenced this story?

The Girl is Always Eaten At the End 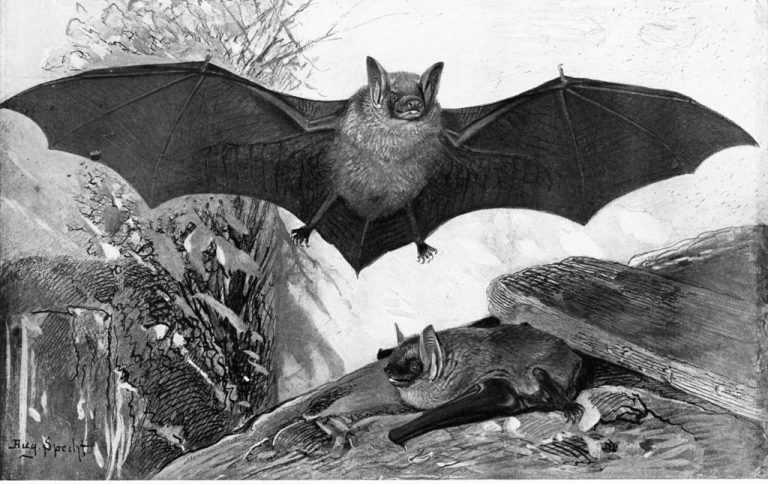 JA: I was nervous about writing a book set [in New Orleans], because I’ve only lived here for two years. I sort of had to give myself permission to write about New Orleans. I’m just very protective of it. I didn’t want to screw it up. The other thing was that I didn’t want it to be a love letter, like some sort of starry-eyed interpretation. This city is complicated. It has problems. It’s an incredible place, but it also has a crumbling infrastructure. But it’s also special. I feel happier here than anywhere else I’ve lived. I tried to write about it in a clear-eyed way, and I tried to make sure I didn’t talk about the clichés. And my trick was that, if I did mention a cliché, I had a character who didn’t really like it there. So Barbara was sort of forced to move down there, and it’s not really her scene. She’s sort of this cold, New England ice queen who isn’t interested in what New Orleans has to offer her.

GM: She misses the sweater tied around her neck.

JA: [Laughs.] Yes, exactly. But there are plenty of love notes to the city tucked inside throughout the whole book.

GM: I noticed that! You talk about the different types of flora in people’s gardens, the way Spanish moss drips from the old trees. I love your attention to detail, specifically how you also include the perspective of passers-by, like the CVS employee and the ferry operator. What was your intention with including these brief glimpses into other people’s lives?

JA: They just kind of showed up. My intention starting out was to write about these outsiders, in this case, the Tuchmans. That was my entry point. And then, as I was writing these voices, the ones of the native New Orleanians, they were insistent that they be heard. My first draft, as messy as it was, was this kaleidoscopic view. I just let these passing characters grow.

GM: This novel is very much set in the present. Even though you don’t explicitly mention Trump, we know who the president is. Why was it important to note the current political climate in this book?

JA: I just think it was impossible not to. I have thought a lot about how once Trump became president, someone could say he or him, and you’d know who they were talking about, which is just incredibly powerful. I hate to give him that power, but it’s true. And it’s not just him. He represents this existential threat overall, and I didn’t really have to do very much work to let the reader know what’s going on outside of the characters’ world. It’s really a way of inviting the reader into the conversation of the book.

GM: There’s also an intergenerational perspective—we meet Victor’s grandchildren, Sadie and Avery. If this book were to continue, do you think Victor would have any influence on their lives? Would he loom over them like he’s loomed over their parents?

JA: I think the trail Victor leaves behind is one of the points of the book, which is that we have a fucked-up system, called the patriarchy, a system that is both broken and functioning at the same time, and I wanted to demonstrate and investigate what this kind of toxic male behavior can do to a family. I wanted to examine what Victor leaves behind, what his legacy is, and what it means. But, for the most part, I invite the reader to consider what kind of impact this man has on his family.

GM: What came first: the character of Victor or what Victor represents? What it means to be abusive, powerful, manipulative?

GM: You put mortality through a humorous prism, which, to me, makes it more palatable. Is this how you’re able to navigate mortality on the whole?

JA: For sure. I used to be so freaked out about mortality. When I turned 40, all of a sudden I was like, “oh, I could die.” It just didn’t register for me up until that point. I thought about it for a lot for a few years. I have a friend who’s about six years older than me, and she told me that one day you’ll wake up and you just won’t be worried about it anymore. That’s just what happened. It’s like when you break up with somebody, and for a while you think that it’s the worst break-up ever, that you’ll never get over it, then comes a day you find out you’re just fine. You got over it.

GM: Kirkus Reviews called you the “poet laureate of difficult families,” what about the family dynamic do you hope to examine next?

JA: Well, my next book is going to be a memoir. And even though my mom is a reader for me—she’ll read a draft of a work-in-progress—I don’t always necessarily tell her what I’m working on in advance. I’ve been tweeting about it a little bit, and my mom, who follows me on social media, messaged me to tell me she’s seen my tweets about writing a memoir, and then proceeded to ask me if there wasn’t anything I wanted to talk about. [Laughs.] She was like, “am I going to be in it?” My mom and I really close, so this isn’t going to be Mommie Dearest. I’m writing about being a writer and a woman, so it’s less about family. But I have about three different ideas for the novel following this one. I think that it’s good for me to store up my feelings, innovate, and meet new characters.

The Children of Latinx Immigrants Need a New American Dream

A Portrait of an Angry Young Woman Set in Contemporary India

My Gender Won’t Fit in the Family Car

Can You Care for Others Without Destroying Yourself?

Lynn Coady, author of "Watching You Without Me," on martyrdom, middle-aged women, and caregiving