What Does It Mean That Woody Allen Couldn’t Sell His Memoir?

Last week the New York Times reported that Woody Allen tried and failed to sell his memoir to four of the big five publishing houses. In the past, Allen’s book would have been an obvious sale; celebrity memoirs are one of the more robust genres of publishing, providing reliable and occasionally gargantuan sales, and most celebrities of Allen’s renown receive at least six-figure deals for their memoirs. On top of that, Allen has experience as a writer—he started his career as a magazine writer and has authored multiple humor works—and apparently had a full manuscript ready, which is more than a lot of celebrities can offer. And yet he’s now poison to publishers. Executives who spoke anonymously to the paper acknowledged that publishing Allen’s personal account in the #MeToo era would be daunting if not outright “toxic.” In other words, the story of his rejection isn’t just a salacious bit of schadenfreude. It introduces a bigger question: has the publishing industry finally changed?

What to Watch Instead of Woody Allen

If you’re struggling with an attachment to someone you now find loathsome, rest assured: his stories aren’t unique 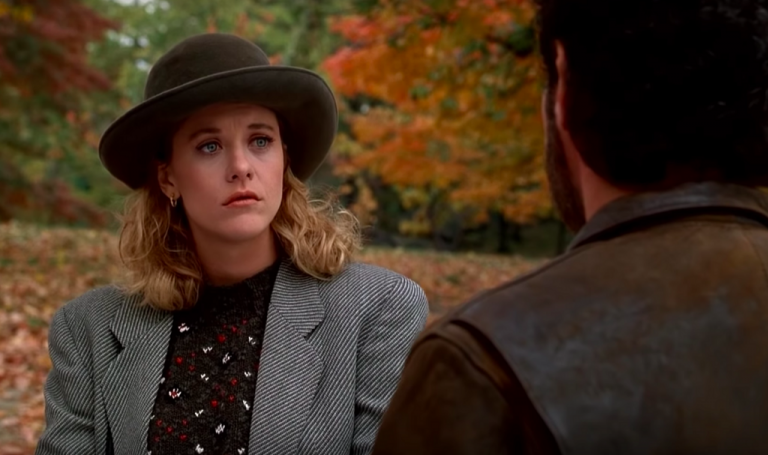 Allen has been subject to abuse allegations for a long time without damage to his career. The accusations first came in 1992 when his daughter Dylan Farrow, then seven, claimed that he molested her at her mother’s home in Connecticut. Allen denied there was any truth to the story, but Dylan repeated her claim over the intervening years, during which time Allen married his own adopted daughter, Soon-Yi Previn, and continued to be a box office draw, making dozens of movies and working with a raft of famous actors. Publishers courted him, too; in 2003, Allen turned down a $3 million advance from Penguin because it was too low. Real pushback only came after the start of the #MeToo era, most notably in December 2017 when, following revelations about Harvey Weinstein, Dylan wrote an op-ed for the Los Angeles Times titled “Why has the #MeToo revolution spared Woody Allen?” After that piece, celebrities from Greta Gerwig to Colin Firth publicly regretted having worked with Allen, while others from his just-shot film A Rainy Day in New York, such as Rebecca Hall and Timothée Chalamet, pledged their salaries to charity.

Generally speaking, when it comes to writers, personal conduct has never mattered much to either publishing houses or the consumer. Ezra Pound and T.S. Eliot were notorious anti-semites; Herman Melville beat his wife; William S. Burroughs murdered his wife; David Foster Wallace stalked, abused, and tried to push his girlfriend Mary Karr out of a moving car. In fact, being a badly behaved (male, usually white) writer has long been seen as attractive. I recently came across a 2012 Flavorwire list of “Bad Boys in Literature,” which includes the controversial and racist French author Michel Houellebecq and literal wife-stabber Norman Mailer. What was clearly written as a harmless piece of click-bait now feels like an artifact from another era. The term “bad boy” itself reflects a culture which supported abusive men and excused their behavior.

The publishing industry has historically rejected any responsibility for not giving abusers a platform—and readers have, for the most part, not made this into a liability. For example, Stephen Rubin, the president and publisher of Holt, told The New York Times that “the corporate stance is that it’s not our job to judge our authors”—especially when those authors are best-sellers like Bill O’Reilly. O’Reilly was fired from Fox News and dropped by his agency, WME, following his admission that he’d paid off women to cover up years of sexual harassment, but Holt continues to publish his books, presumably because his Killing series has over 17 million copies in circulation. Similarly, Grove Atlantic and Hachette Book Group said they were “surprised and troubled” by the allegations of sexual harassment against author Sherman Alexie, but they will continue to publish his earlier books. (An additional example is Dan Mallory aka A.J. Finn, who didn’t sexually harass anyone but was revealed by The New Yorker to be as gross a liar and manipulator as you can find outside fiction. HarperCollins will still publish the follow-up to his best-seller, The Woman in the Window.)

Only recently have we begun to seriously consider if an author’s behavior should affect their career, either through a self-directed consumer boycott or the industry formally cutting ties. So far, the former seems to be driving the latter; the publishing houses who rejected Allen likely did so at least in part out of self-protection. Investing in an author accused of sexual harassment has become a gamble; authors have been pulled from shelves, had their literary awards revoked, or been dropped by their agents. Online protests and boycotts can become a real thorn in the publisher’s side and a bad reputation can damage profits: Allen is currently locked in a battle with Amazon, who he is suing for $68 million after they canceled a four movie deal claiming that his reputation and actions, such as dismissive comments about the #MeToo movement, would make it “impossible to profit from Allen’s work.” If Amazon worries about being able to recoup its investment in Allen, then publishers have a legitimate reason to be wary.

Exactly how legitimate? It’s hard to say, as individual consumers are still grappling with the question of how to treat the work of an artist whose personal conduct is ethically objectionable. The trend in book sales seems to be that allegations of sexual harassment or assault hurt an author’s sales immediately after they break, but the books often rebound when it becomes old news.  Look at Publishers Weekly’s 2018 review of the sales numbers for three children’s books authors who had been accused of sexual harassment. Only one, Sherman Alexie, author of The Absolutely True Diary of a Part-Time Indian, saw his book sales steadily decline after the news broke. Sales for James Dashner, the author of the extremely popular children books series Maze Runner, immediately dropped but have since picked back up, whereas sales of Jay Asher’s popular YA novel Thirteen Reasons Why actually spiked following the news, although it’s important to note that the Netflix series of the novel launched at the same time as the allegations of sexual harassment broke, and it’s likely that many people who found the book through the series weren’t aware of the accusations against the author. The same goes for the trend towards a rebound in sales; if a book isn’t pulled from the shelves or marked with some kind of warning sign, prospective readers (especially children or teens) likely don’t know the author’s history. The case of Bill O’Reilly actually sums up much of the situation for the publishers. His books did take a serious hit; the first installment in the Killing series published after his scandal sold less than half the number of copies in the first week than its predecessor.  But at 65,000 copies versus 144,000 copies, it was still enough to put him in the number two slot of BookScan hardcover adult nonfiction list. Holt made a lot of money by its decision to stick by him, even if it was less than they’d hoped.

Dan Mallory Is the Oldest Story in Publishing

Given the money still to be made by selling Woody Allen’s memoir, publishers must be acting on ethical concerns, too—or at least acting out of a different kind of self-protection, less about their investments and more about their reputations. I think it goes back to 2017, when Milo Yiannopoulos, a writer for Breitbart and an established alt-right troll, was signed for a six-figure book deal with Simon and Schuster. Author Roxane Gay pulled her book from S&S, saying she wouldn’t be published by the same company that was putting hate speech into the world. S&S was forced to publicly grapple with the ethics of publishing Yiannopoulos, and in the end it dropped him. The conversation around the ethical side of publishing is ongoing, a crucial question that can no longer be ignored.

I don’t think publishers are going to suddenly become watchdogs for progressive values (and arguably, they shouldn’t). But thanks to financial and public pressure, we do seem to be entering a moment when it’s not worth a publisher’s time and effort to give hateful ideas or abusive people an uncontested platform and hundreds of thousands (or millions) of dollars. I see this as a heartening sign that publishing, by no means flawless, is working to be an industry that values ethical consciousness at least a fraction as much as it values profits.

An earlier version of this article mistakenly said that Allen is suing Netflix rather than Amazon.

Through the power of Photoshop, the author is getting her book into the hands of celebs from Oprah to Jon Snow

The Best Thing About Celebrity Novels Is Scathingly Bad Reviews

We’ve rounded up the most blistering pans of actors, singers, and models who moonlight as novelists