The highest compliment I’ve ever received came to me on the University of Chicago campus. Late for a panel at a graduate conference, I was rushing around in a long floral dress and big wool coat, tote bag of books swinging at my side. My hair was frizzy and my makeup almost certainly smudged in the light autumn rain. In my hurry, I nearly ran into an undergrad, who turned around to fix me with a searching look. I assumed he would say something rude—tell me to watch where I was going—but instead he said, “You look just like Meg Ryan,” and walked away.

I don’t really look like Meg Ryan, aside from being blonde, but I love Meg Ryan. So all weekend long I thought about that compliment, which made my frazzled state feel sort of special. Meg Ryan is the original disheveled-chic romantic comedy heroine, the patron saint of the high maintenance white woman. And: she’s impeccably dressed. After all, who is a bigger icon of fall fashion than Meg Ryan as Sally Albright in When Harry Met Sally? Against the background of orange leaves in Central Park, it’s widely acknowledged that Meg-as-Sally is a blueprint for fall fashion: bowler hats and chunky sweaters, mom jeans and plaid blazers.

And I love When Harry Met Sally—it was the first R-rated movie I ever watched. It’s a clear memory in my sheltered Midwestern childhood: at a middle school sleepover with my sister and our best friend, someone (no one can remember who) picked it off the DVD shelf and shockingly, no one stopped us from pushing play. Sally’s fake orgasm in Katz’s Deli was the dirtiest movie scene I knew, and like a women’s magazine in the checkout line, I was fascinated by the question of whether men and women could ever be friends. But more than that, the film painted a picture of a life I wanted. Would I ever spend my autumns in a big city, wandering around and having witty conversations with my friends? To me, When Harry Met Sally isn’t about fall at all—it’s not even about whether men and women can be platonic friends. When Harry Met Sally is really about what adults do over the weekend.

This question has haunted me for years: what do adults do all weekend? I grew up in a house where Saturdays were for chores and Sundays were for church. Weekends were a time for productivity, time to get ahead on all the housework and small projects that went neglected through the work week, time to sit through hours of my sibling’s soccer games. Then I went to college, where my weekends were for parties, for long late night talks with a guy from philosophy class, for piles of homework saved just for Sunday. Weekends were easy in my youth—other people told me what to do and I did it. The influence of my parents felt much like the influence of my college roommates and friend groups: they told me what we were up to over the weekend and we did it, together. Party with a theme, pregame, party with no theme, homework, go see a friend in her play, get up early and do homework in the library. Rinse and repeat.

The predictability of my weekends meant that I had no real thoughts about them. Weekends happened to me—I exercised little agency in putting them together. But then I graduated college. I moved to Budapest, Hungary with one close friend, a city where I had almost no other friends. I missed the predictability of my friend group, the easy role I had, the plans other people made for me. In Budapest, I was a primary school English teacher—a job that I loved but didn’t require all of my free time like being a student had. I worked barely 30 hours a week, an amount that my fellow teachers considered quite busy. “You shouldn’t have to work over the weekend at all,” they’d tell me. “Go enjoy your free time!”

But I couldn’t enjoy my free time. What the hell was I supposed to do with it?! Weekends were amorphous and depressing. I felt that I should do things that would be productive—laundry, grocery shopping, or jogging—but I couldn’t bring myself to do them. I wanted to have weekends that appeared wildly fun and full of European adventure, but at the same time, I wanted weekends that felt restful. Should I make plans? Should I relax? The only times I ever left the apartment were times my roommate Kate came up with plans for us, bringing me to wine bars and art festivals. Left to my own devices, I barely left my bed. I watched TV and read voraciously, often waiting until Monday and its predictable routine to roll around. When I got to school on Monday morning, other teachers would ask me what I did all weekend. What kind of young person mischief did I get up to? Had I visited any new restaurants? Did I go to any clubs? “No,” I’d always say. “I really just stayed around here.”

It was colored by these questions—by my depressive and depressing weekends—that I rewatched When Harry Met Sally for the first time in years. On a particularly gray November Sunday night, Kate found it on Netflix and suggested that we watch it together; the perfect fall movie. And as we watched, I realized that When Harry Met Sally was as preoccupied with the wide, free, and lightly depressing expanse of weekends as I was.

After all, once they reconnect, Harry and Sally spend most of their friendship hanging out in broad daylight. These scenes are not work lunches, happy hours, or dinners in the middle of the week. They spend very few nights out together. When Harry and Sally are together, time stretches on in scenes full of a wide slant of sunlight, never the rush that comes with meeting up during the workday. No—their friendship is one that takes place over the weekend, one of strolling and chatting, never hurrying. And Harry and Sally do the kinds of activities that adults in a city do on the weekend. They do cultural activities, wandering through the Met. They go out to lunch, help their friends move, go shopping, run errands. They catch up.

What Andre Aciman, Jasmine Guillory, and Sally Rooney have to teach us about finding freedom in a good undefinable romantic relationship 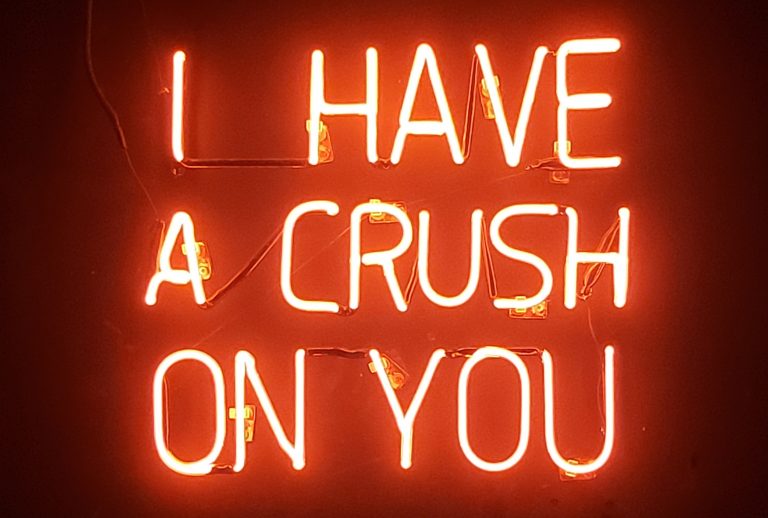 Weekends might be the background for the film, but they’re also what makes the relationship possible. Sure, When Harry Met Sally wants us to think that a scene at the Met is important because it’s the first time Harry asks Sally out. But if we can look past the plot of the film, we’ll see a relationship that unfolds over weekends. With Harry and Sally, weekends are an opportunity for connection, for catching up. I realized, in my tiny apartment in Budapest, holed up and lonely without the crush of schoolwork, that When Harry Met Sally was just as concerned with how to fill free time as I was. What would be a worthwhile way to spend a Saturday and Sunday was always changing for both Harry and Sally: after all, in the Met, their midday moment is the highlight of Harry’s weekend. But for Sally, it’s merely a quick stop on the way to bigger things. She has a date that night—and Harry spent their whole afternoon together trying to ask her out. They both leave that afternoon feeling differently.

That year in Budapest, When Harry Met Sally gave me a framework for how to spend weekends, for getting out of my own head. What the film suggests is that it doesn’t matter what you do, really—it doesn’t even matter how good your fall fashion is. What can make your weekend meaningful is who you’re with. It’s not that Harry and Sally are models of how to spend a weekend, though their activities sometimes ring true with my plans. Rather, they let weekends happen—together. I find it oddly comforting that even movie characters look at the weekend and spend time coming up with plans that look awfully similar to mine.

But here’s my disclaimer: I still kind of hate weekends. As a graduate student and writing instructor, it’s so easy to let my weekends fill to the brim with grading papers, revising my own work, meeting with students, prepping my classes for the next week. It’s comforting to be busy, to cross items off a to-do list instead of making plans. After all, there’s less to feel when you’re crushed with work. There’s predictability in not letting yourself decide. But contrast is what makes our lives—and work—meaningful. When Harry Met Sally looks at weekends and their long hours that are still somehow too short and wonders, just like I do, how to take a break and whom to take it with.

Here’s Your First Look at ‘The Wife’

Here’s Your First Look at ‘The Wife,’ The Glenn Close Movie Based on Meg Wolitzer’s Novel Close plays a woman whose literary ambitions have come second to her husband’s for 40 years