Job Counseling Sessions Gave Me Space to Tell My Story

Angie Cruz’s latest novel How Not to Drown in a Glass of Water is a study of a class of forgotten women: the 55 to 65-year-olds who lost their jobs during the Great Recession and were never able to regain long-term employment.

Cara Romero is one of these women. When the factory where Cara has worked for decades closes in 2007, she participates in a Senior Workforce Program through which participants receive unemployment benefits to subsidize prevocational training. Cara, nervous about the unfamiliar interview processes and concerned about her precarious financial circumstances, appropriates her job counseling sessions (12 of them in total) to talk about her life in Washington Heights. She touches on every aspect of her life, from gentrification’s effects on the residents in her building, to her estranged son and her relationships with her sister, mother, and neighbors. While the entire novel takes place in the offices of the job placement agency, Cara’s voice is the only one that readers hear.

Cruz deftly uses the artifacts of Cara’s life—job and citizen application forms, debt collection notices, rental agreements and invoices—to highlight the issues an immigrant like Cara must navigate and how documents like these can also hinder progress.

Cruz, who played the role of language and cultural translator for her family, spoke to me about these cultural barriers and the impact of the Great Recession on immigrant communities.

Angie Cruz: When I started this book, we weren’t in a recession and now it seems like everyone’s talking about a possible recession and inflation. With COVID, it was the high job unemployment. It’s funny how a book suddenly falls into its time.

A lot of women in my life, like my mother, my grandmother, my aunt, all lost their jobs in 2007, 2008 during the Great Recession. And they all had jobs for over 25 years. The economy did have a big boost after the recession and when Obama was president, but a huge percentage of working-class immigrant women in New York City who were between the age of 55 and 65 and who lost their jobs during the Great Recession never returned to long-term employment. And this is probably because of language, the digital divide, but it was interesting.

DH: Reading your novel in the midst of conversations in the media about student loan forgiveness, the predatory nature of student loans and rental agreements was quite interesting. There were so many parallels, so many systems that prevented Cara and the other immigrant women from getting ahead. Were you drawing from your own experiences, stories you heard?

9 Books About Being Unemployed and Underemployed 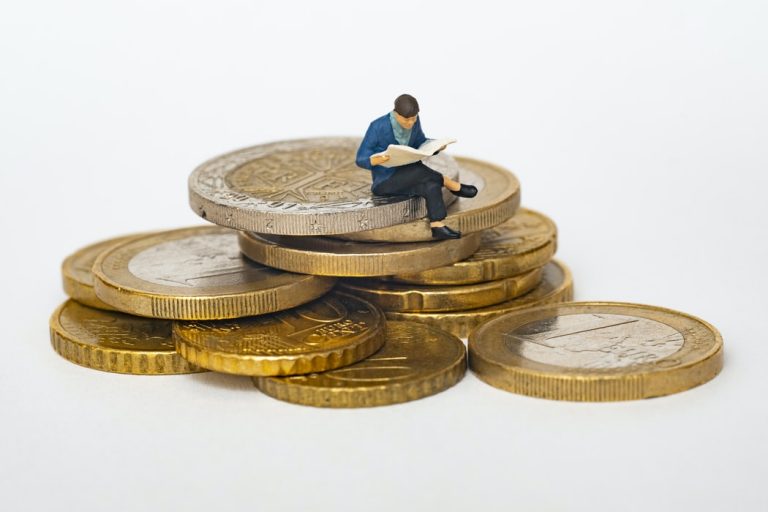 AC: As a daughter of an immigrant who was born in a working class family, some times with a mixed documentation status family, moving through the system and trying to understand what our rights are, getting an apartment or getting a passport or citizenship or green card or workers’ rights—I was the translator for a lot of my family members. Not only a translator of language but cultural translator. I would say that, yes, this book is greatly informed by that experience and how difficult it is to move through these systems that are difficult to understand, even for those that are educated in this country.

There is an expression by Toni Morrison where she says something about the galaxy of a woman. She’s speaking about one of her characters; I think it’s Sula: how you get the galaxy of a Black woman is by adding all the different facets of their lives that are often unseen.

While Cara was telling her story, these forms and the documents work also as a counter narrative to some of the things she’s saying to show the complexity of the situation she is in. So even if she’s really optimistic, we understand that the system is not always generous.

DH: And there was also the language barrier as well reflected in the way Cara answers some of the security questions.

AC: Well, language is always a way in and a way that also keeps you out. In the book, I was making fun also of the system itself and these security questions that ask you something that is impossible to answer because you didn’t grow up in this culture. I thought that it would be satirical to have a character address these questions candidly and playfully. Also to show that you’ve lost even before you’ve begun the process.

DH: I read recently that conversations about debt are always about more than money. And I think that’s the case here, isn’t it?

AC: James Baldwin says it’s expensive to be poor. And this has always felt true to me. When you don’t have any generational wealth, or cultural capital, or anyone in your family to lean on, even if it seems like you’re progressing in a certain way, you’re always in some kind of debt. And I wanted to show that regardless of how hard working so many of these characters are in the book, the hustle is forever because there’s no real way to get out of poverty or money insecurity or housing insecurity when you’re in an extended network of people that are also in trouble in that way. Unless you turn your back on them, maybe. But it’s also an impossible thing, because then you would have familial poverty, emotional poverty and spiritual poverty. And I guess the wealth that I’m trying to center is that even if one is in financial debt, there’s an incredible wealth in having a community that’s taking care of you.

DH: Right. There was so much of that in the way in which Cara was devoted to her neighbors, even rejecting certain jobs because those would interfere with her taking care of the elderly people in her neighborhood. Cara takes care of everyone. Underneath all of her devotion to others is the burning question: who will take care of me? I thought that was a pointed question because it speaks to the unique experience of immigrants or people who have moved away from home. Is that the way you look at it?

AC: Exactly. I grew up in a home where the strong women, despite all the microaggressions they were experiencing, despite all the challenges, still showed up to work. You could put so much on a person and still they get up in the morning and they do this impossible thing every day.

I feel like that is actually quite detrimental. Not that it shouldn’t be celebrated, that someone is able to feed their family and pay their rent, but to think always that the strength is one of resilience is also debilitating for so many women that I know and I wanted to kind of show the heaviness of that work, and that it shouldn’t be just one person’s work. It should be everybody’s work to take care of everyone. Cara Romero is “I am strong, I am able to do all these things. I don’t even need anyone to come with me to the doctor when I have surgery. I will never ask for help.” What are we teaching our daughters or sisters or cousins if we always pretend that we don’t need anybody? The truth is we all need somebody and I wanted to illustrate that too. Like, even if there is strength in doing certain kinds of things the celebration of resilience is also killing us.

DH: Talking about relationships, Cara says that she’s learned the difficult way that you have to be gentle with your children or you can lose them forever. In part, it’s an extension of her continuing again to try to do too much. But tell us about her relationship with her son and how you see that relationship fitting in with all the other things that are going on in her life.

AC: Cara loves her son deeply but is estranged from him because he’s not the son that she had hoped to have or doesn’t really understand what’s possible with a son who is not performing the patriarchal macho culture that she understands is masculinity. Because she wants him to survive, she disciplines him in a way that actually pushes him away, possibly forever, we don’t know. I’m really interested in talking about the ways that corporal punishment plays into the family. These kinds of abuses are intergenerational and often socially accepted. I want to show the kind of tension between her sister, Angela, and Cara and how to raise a child without that kind of violence.

I also wanted to show that even though she rejects her son, because he may be queer—it’s not said explicitly in the book—the contradiction is that she’s taking care of her queer neighbors. So you have this contradiction of a mother who is saying one thing, but in truth, she’s still generously taking care of the people around her despite their lifestyles.

DH: The entire story takes place in the offices of a job placement agency, but it’s as much about personal relationships—both community and familial—as it is about gentrification and way systems are sometimes stacked against people. Were you playing with the differences between being in community with people and just being part of a larger community of services and systems.

AC: I see this as a common thread among a lot of different immigrant groups where we come from cultures that celebrate and lean into interdependence. But then we enter a system in the United States that supports largely the culture of the nuclear family and the individual. In some ways, what’s happening between these characters is that they come in to a culture that is all about you first. If you don’t succeed, you’re totally responsible for your failure. And if you win, you celebrate because you are an exception and wonderful and brilliant. But in a culture of interdependence, when one person wins, everybody wins.

The statistics show that it’s almost impossible to go from working class to middle class to upper class. But there are exceptions. So when I think about the bigger community, the nation and the systems and the laws and the Constitution and the way all that works, and then our interpersonal communities, there is a real tension between the way we move in the world.

DH: Is the outcome for Cara a positive one?

AC: What is an optimistic, positive outcome has so much to do with what you value. Realistically if you think success is that Cara finds a job, statistically that wasn’t what happened for many women. Many women ended up doing gigs like babysitting or moving back to their home countries trying to figure out a way to survive. But if you think optimistically about what is the richness of a life, what I continue to believe is Cara continues to do what she is doing. Even if she is unemployed, she has been employed by the community.

No One Knows if Joan is Okay

The Horror of Being the Other Black Girl in the Workplace

Zakiya Dalila Harris, author of "The Other Black Girl," on what it means when Black labor is overlooked

Mahir Guven, author of "Older Brother," on the gig economy and Hitler's grandchildren