The gloomy moors of Wuthering Heights are famously vulnerable to the wind—so, too, are the unfortunate families who call them “home.” It’s basically Emily Brontë’s whole deal, right? From the first pages of her only novel, we’re introduced to a home beleaguered by “pure, bracing ventilation … at all times.” And it shows! Trees slant against the titular homestead, contributing to a super moody landscape. Characters get sick—and sometimes die—after bouts of bad weather. All the while, they mirror the violent weather in impulsive, lashing actions against each other.

Naturally, this kind of gusty, Gothic setup is good terrain for dramatic angst. So it’s no wonder that shades of Wuthering Heights can be seen in contemporary media, from music (“There were nights when the wind was so cold,” croons Celine Dion) to film (hi, Crimson Peak). Though the creators of both works have acknowledged a direct Wuthering influence, one of the novel’s more surprising scions is a little less direct (and, OK, maybe completely accidental): Crazy Ex-Girlfriend. Specifically, Season 2, Episode 11—“Josh is the Man of My Dreams, Right?”

If you haven’t watched the CW musical dramedy—co-created by Rachel Bloom (who also stars) and Aline Brosh McKenna—this episode follows protagonist Rebecca Bunch as she fends off intense feelings for her too-hot, too-tall, too-corporate snob of a new boss, Nathaniel. She’s newly engaged to Josh, the very sweet guy she’s liked since they were teenagers—and finally, for once, her life seems perfect. So the new crush is pretty inconvenient, to say the least.

Rebecca’s attraction to Nathaniel is so wrong that she can’t even admit it’s happening, much less that she’s behind it. How convenient, then, that the Santa Ana winds roll in and provide the perfect scapegoat for her ill-placed passion? After all, as relayed by a Frankie Valli-esque meteorologist (who also plays the literal wind), the Santa Anas “make things weeeeird.”

The Santa Anas’ power has been documented throughout pop culture—I’m thinking of The Holiday, where Jack Black’s lovable Miles says that “all bets are off” when the winds blow into town every winter. Joan Didion also wrote about the Santa Anas’ “violent extremes,” and how the winds “show us how close to the edge we are.” These are definitely not the same winds that plague Brontë’s moors (the Santa Anas are hot and SoCal-specific, for starter) but they serve a similar purpose: chaos.

First, there’s the physical impact of the wind blowing events into place. In Crazy Ex-Girlfriend, a gust of wind cracks Rebecca’s shirt open, revealing her bra underneath, and Nathaniel’s interest in her spikes. She rushes home for a desperate attempt to rekindle her passion with Josh, but he’s knocked out on allergy meds, at which point she delivers a particularly Brontë-ish line: “Damn you, winds of the devil.” The Santa Anas cause a power outage that traps Rebecca and Nathaniel in an elevator, forcing them to spend time together and realize they actually have a lot in common. And chemistry—they share a pretty passionate kiss, too.

It’s like nature is conspiring to make this very wrong relationship happen, a point driven home by the fact that this personified iteration of the wind laughs as he wreaks his havoc:

But I’m a prankster

In Wuthering Heights, bad, blustery weather manifests its own brand of misfortune. The night that Heathcliff runs away after overhearing Nelly and Catherine talk about him, “there was a violent wind … a huge bough fell across the roof, and knocked down a portion of the east chimney-stack.” To further complicate things, Catherine gets sick from spending all that time outside looking for Heathcliff—so sick that she’s sent to recuperate at Thrushcross Grange, and infects the Lintons with her fever, killing both of her future in-laws. She marries Edgar three years later, permanently ruling out any future with Heathcliff.

Sure, the wind here is not a gleeful, anthropomorphic trickster. But all the same, the people in its path are powerless—victims of forces they can’t control. Or at least, maybe it’s easier to see things that way.

In addition to using wind as a physical plot device—the way it damages people and things—the women behind Wuthering Heights and Crazy Ex-Girlfriend both play it as a sort of stand-in for emotions too thorny to own up to. Those stormy winds from the night Heathcliff leaves? They happen at the height of Catherine’s heartbreak. Her love for Heathcliff is so complicated that she can’t extricate him from her own identity—so the wind has to take on some of the work of expressing that pent-up passion.

Sure, 170 years later, fictional heroines are a little freer to make questionable choices in their love lives—but Rebecca still faces her share of inhibitions. She’s spent most of her life believing she was not normal, and desperately wishing she were (Bloom’s debut essay collection, I Want to Be Where the Normal People Are, further explores the concern). And by this point in the show, Rebecca’s still one season away from receiving a diagnosis for borderline personality disorder, and the tools to help manage it. So right now, her feelings for Nathaniel represent something worse than a workplace crush. Rather, it’s a perceived moral failing she takes as yet another confirmation of her not-normalcy. It’s easier for her to blame the wind when she kisses Nathaniel in that tiny elevator, than confront the ambivalence of her current relationship. But the windy metaphor isn’t having any of it. “I just reveal your deepest wishes and fears,” he reminds her after the smooch. “So it’s you, Rebecca, it’s not me / Who is super weird.” 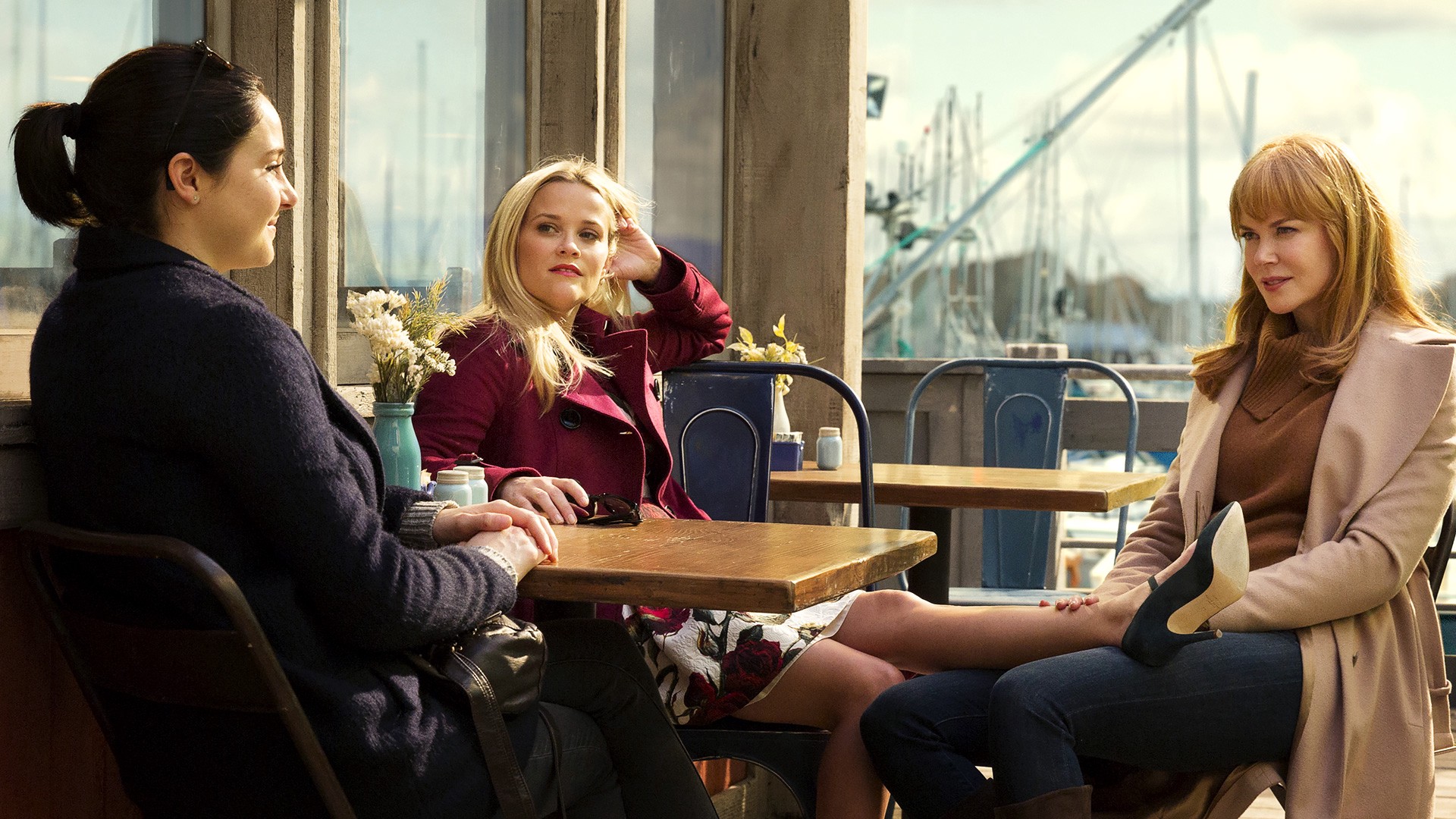 In both Crazy Ex-Girlfriend and Wuthering Heights, the windy weather kicks up at times of great personal turbulence for each woman—as much as they might like to think otherwise, the violent wind isn’t really happening to them. It is them. Lord David Cecil, who approached Wuthering Heights as an exploration into the principles of “storm” and “calm,” said that for Brontë, “an angry man and angry sky are not just metaphorically alike, they are actually alike in kind; different manifestations of a single spiritual reality.” Sure enough, when Rebecca’s wind tells her “You ruined everything, you stupid bitch,” he’s not being excessively harsh for no reason—he’s simply parroting her own self-talk from Season 1 back at her. Like Cecil said, Catherine and Heathcliff weren’t hapless victims of the wind. Neither is Rebecca. They’re all agents in their own undoing.

But hey, it’s not all gloom! Even within the rigors of network TV standards and practices, Crazy Ex-Girlfriend makes explicit something Wuthering Heights could only ever gesture at: horniness. Specifically, the kind when you’re attracted to someone you have zero business being attracted to. As Mark Kinkead-Weekes said of Brontë’s novel, Catherine and Heathcliff’s relationship “looks as much like hate as love,”—an observation that just as easily fits Rebecca and Nathaniel nearly two centuries later. As the couple dances to an Ed Sheeran-y “Let’s Have Intercourse,” the lyrics speak to that exact kind of confused crush: “Sometimes my body wants things that my mind does not / My body wants things that make my mind go, ‘uh, body what?’”

For Kinkead-Weekes, the tension between Catherine and Heathcliff goes beyond mere physical lust. It’s a matter of “breaking beyond the self, metaphysical and impersonal.” Now, Nathaniel and Heathcliff both give their respective love interests plenty of reason to run away. But as Catherine says, “Whatever our souls are made of, his and mine are the same.” He gets her on a fundamental level. Is it really that different from Rebecca finding out her mean boss has a soft spot for Harry Potter, too, and considers the books modern classics?

None of this is to say that Crazy Ex-Girlfriend is directly inspired by Wuthering Heights— although, why not? In an earlier episode, Rebecca lists a hardcover copy of the book as one of the many things that can fit under her breasts (in a song aptly named “Heavy Boobs”). And Brosh McKenna also penned Jane, a modern graphic-novel retelling of the elder Brontë’s Jane Eyre. So even if the pair weren’t actively thinking about Gothic romance when writing this episode, we know Brontë could have been floating around somewhere in their collective, creative psyche. As she does.

Even beyond this one very windy entry, Crazy Ex-Girlfriend sometimes feels like a modern, musical companion to Wuthering Heights. In an earlier episode, Rebecca reflects on scratch marks she left on a living room table as a kid—and though they were born from a place of anxiety, she acknowledges them with a small kind of pride. “I was a strong, feral little girl,” she says. In Wuthering Heights, Catherine has her own reminiscence. “I wish I were a girl again, half savage and hardy, and free,” she says on her sickbed, “and laughing at injuries, not maddening under them! Why am I so changed? why does my blood rush into a hell of tumult at a few words?”

Like her literary predecessor, Rebecca spends a lot of Crazy Ex-Girlfriend preoccupied with that kind of question. Fortunately, over the course of four seasons and more than 150 original songs, she starts to figure it out.

What You Lose as a Daughter of the Iranian Revolution

8 Books to Feed Your “Love Is Blind” Obsession

The Very Best Episodes of Girls Are Perfect Short Stories