On the "Death, Sex & Money" podcast, the two memoir authors also talked about body image and what it means to be a "good dude"

The following transcript, which has been edited for clarity, is excerpted from an episode of the WNYC podcast “Death, Sex & Money.” It features Damon Young, author of What Doesn’t Kill You Makes You Blacker, interviewing Kiese Laymon, author of Heavy. To quote Young’s caveat on the show, it includes “quite a bit of bleep-worthy language, including frequent use of a colloquial version of a racial slur that Kiese and I use pretty often.” The transcript has been reprinted with the permission of WNYC.

Kiese Laymon: I had eating issues so I’d weigh myself before I played [basketball] to see if I could lose like 10, 15 pounds in sweat. But to lose all that weight in sweat you had to bring lots of shirts so you could lose more weight if you put on a dry shirt. So like when I could still ball—you know, I could ball out of college—I became like the dude, I was the motherfucker who would bring five shirts. And to bring five shirts you got to be able to play a little bit.

KL: Sweat a little bit more from the shower.

DY: Sweat a little bit more from the shower. I’m butt-ass naked. This is what I weigh.

KL: I ain’t gonna try and diagnose you, but that was me in a bad way. But I had to weigh myself before so I could know the difference. At my worst too, fam, I used to love to take pictures only after I balled because then your cheeks get sunken in and shit. Your veins are popping out more.

On boys being boys:

Is It Possible to Write a Truthful Memoir?

Kiese Laymon on figuring out how to write honestly about family, trauma, and race 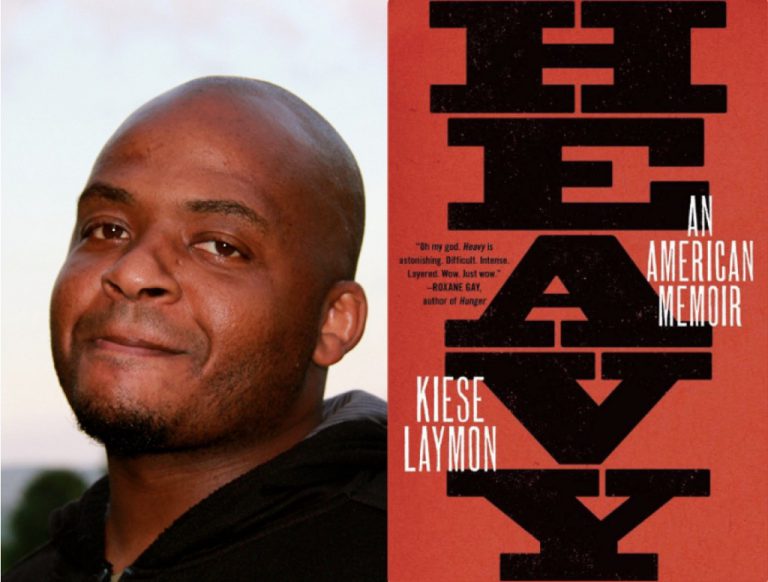 KL: I’m often trying to think about why did I not take part in like train running, gang rapes and shit that a lot of my other friends did. But I know I didn’t. And I know one of the reasons I didn’t is because I was afraid. But I don’t think the fear of doing that kind of stuff necessarily made me not harmful. And that’s why I started that book with the way these dudes ran this train on my friend. And you know I was complicit in that, I didn’t stop it from happening, and when she asked me to help her I said no. So, I’m just starting to understand now, 20 years too late, that there’s so many different ways to be complicit in the abuse of real fuckin’ people, right? And this is what black people always are asking white folks to do. Like, “See how y’all are complicit when you’re not actually calling us niggers” and all of that kind of shit. But I think even from even 15 to 16 people saw me as a good dude meaning that I wasn’t going to try to like slap a girl. I wasn’t ever going to try to make a move on a woman at all, right? And that made people put their guards down with me, and I—you know, I can say like I never physically did anything to anybody, because I was just afraid. But I wasn’t afraid to be emotionally manipulative. You know what I’m saying? I wasn’t afraid to be like, tell somebody something I knew wasn’t true.

DY: Yeah, I mean. You know you hear people refer to themselves as good. As decent. And usually what qualifies as goodness and as decency is, well, I haven’t done this thing or I haven’t done this thing. And, you know for a long time I’ve used that as like some sorta fuel to be like, oh yeah, I didn’t do these things so that makes me a good dude. But I didn’t do these things because of fear.

DY: You know, even when adult men think of themselves as being good or being decent, it’s just very—it’s hard, it’s difficult, but it’s crucial to interrogate intent.

DY: And thinking about that is messy.

DY: And scary. Even saying some of that shit out loud. But, you know, if we really want to change this, then those are the sorts of things that we need to talk about with each other, you know. Instead of just, I don’t know, going back into that good dude closet.

DY: So which is the hardest to talk about? Death, sex, or money?

KL: Sex. My fear with sex too is like, I just equate so much with sports and basketball. And I’m like, damn, I was so much better at basketball when I was 19. Does that mean I’m—is that the same—does that apply to sex? Surely you gotta get some points for knowledge or some shit, right?

DY: You know, it’s funny that you talk about fear, particularly in regards to engaging women, because that was like the primary emotion that kind of colored my interactions with women and girls for the first 20 years of my life. Maybe the first 25 years. I was much more comfortable with the basketball, I was much more comfortable being myself around dudes and when I was with young girls, particularly ones I was attracted to, I would just dive, just basically compress inside myself. I’d be like one of them collapsible suitcases, like, “How’d all this shit fit into this little bag?” And that was me because I was just so governed by anxiety. I was scared of being inadequate. Of saying the wrong thing, of being naked. Of possibly a woman being into me and me not being able to satisfy her or please her. But it how much of that is just about ego?

KL: Yeah. Which is about amazing amounts of fragility, right?

DY: It’s manipulative. It is.

KL: Completely manipulative. And again, what I think is important is that I just don’t—and this is not to take any responsibility off of us—but I think these are conversations not only that we needed to have, but that we still need to have, as grown ass men. I’ve never honestly had those conversations until right now.  I try to do it in my work, but in public it’s a little harder.

On death, and money:

KL: Do you worry that you could ever be in that place again where you’re making $32,000 or less and feel embarrassed about how much you are quote unquote worth in this culture?

DY: You know what, I think that’s one of the things that scare me so much that I don’t even think about it. it’s a fear like, I don’t know, like aliens attacking or…it hits me on such a primal level that I don’t even bother. Or even worse than aliens. Like hell.

KL: Since you started making money.

DY: Since I started making money, since I have a family— I’m in a constant state of just hoping bad shit doesn’t happen.

KL: Wow. I feel like I’m in a perpetual state of just assuming it is gonna.

KL: I mean, I don’t have kids either, but the money, I feel like I’m black people rich. But I feel like I could lose it—but I feel like I could get it back. You know what I’m saying? I could lose it because everybody around me needs money. One of the things I’m good at is giving people money (laughs). But yeah, like the death thing, I definitely anticipate dying every single day. I feel like I’m gonna die soon as I leave here, go get on this plane to Pittsburgh. And I assume at some point I’m gonna lose every dime, again. But I think I’ll make it back, that’s the weird part. But part of that is I think, because I have a tenure-track job, so technically I have a job for life. But I actually don’t think that’s true. I think they’re going to find some way to get rid of me. So anyway, I just—I think white folk will take my money away from me somehow, and/or the black people around me who need my money, I’m’a give it all away.

DY: But someone’s going to take it.

KL: But somebody’s gonna take it. But I feel like, I feel like, if I don’t die (laughs), I feel like I could make it all back, which is a silly-ass way to live in the world.

To hear the full episode, listen to Death, Sex & Money below, or find the episode in your favorite podcast player or at deathsexmoney.org.

Ayşegül Savaş, author of "Walking on the Ceiling," recommends fiction about eccentric pairings

Abhigna Mooraka Says We Should Show, Tell, Scream, and Sing

7 Newsletters That Will Improve Your Writing

A Young Academic Ponders Her Failures in an Insomniatic Haze

Martin Riker, author of "The Guest Lecture" and publisher at Dorothy, on the flip between insecurity and possibility