Poetry About Finding Power in the Grotesque

francine j. harris, author of "Here is the Sweet Hand" on Kanye West and guttural beauty

francine j. harris’s newest collection, Here is the Sweet Hand, asks what it means to be alone and how that solitude frames our ways of seeing. harris uses observation and loneliness—or the myth of loneliness—to examine being a Black woman, critique and rework musical traditions, and consider current and former political issues. The speakers in the poems question where power lies or where power might not, where the individual is influential or where the collective is.

francine j. harris is the author of play dead, winner of the Lambda Literary and Audre Lorde Awards and a finalist for the Hurston/Wright Legacy Award, and allegiance, a finalist for the Kate Tufts Discovery and PEN Open Book Awards. An associate professor of English at the University of Houston, she has received fellowships from the National Endowment for the Arts, the MacDowell Colony, and the Cullman Center for Scholars and Writers at the New York Public Library.

Arriel Vinson: Throughout Here is the Sweet Hand, there is an ongoing theme of harboring, hiding, and holding onto burdens—and immediately I thought of the current moment and what Black women have to deal with. Why was this important to weave throughout the collection?

“The Meek” and “I cleaned the house” 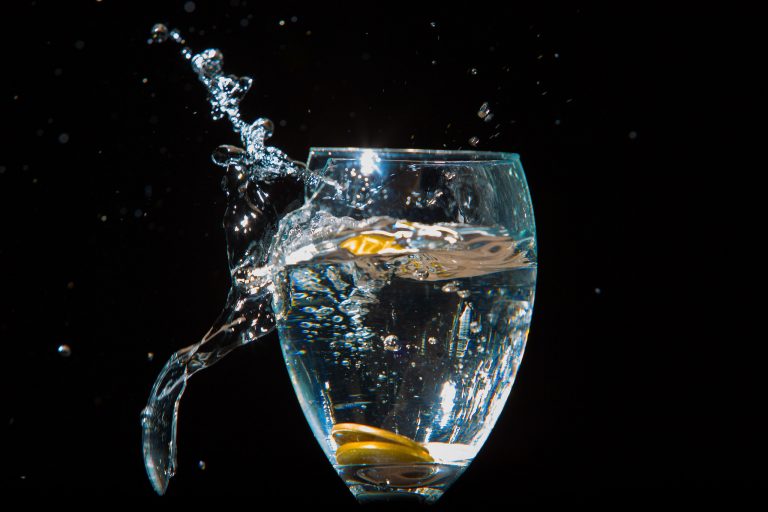 francine j. harris: I’m not sure these motifs were wholly intentional. It seems like one of those things that is pretty universal, right? Like everyone thinks of shelter and harbor as protection. Though, I will say that I see myself going for agency in these poems with some of that “stuff of burden.” I’m interested in how things get tucked into amber and spooned into glacial ice. I really love the umbrella in the poem “Against Storm, Against Glib Thunder,” as a mode of queer protection. So perhaps what is intentional for me here is agency the speakers take with burdens. Standing on the frozen ice, turning your hand back on yourself. I’m interested in objectification (the making of objects) and how that allows us to wield power in our poems —maybe in our lives.

AV: A few poems in the collection, such as “Ask me now and I would say” and “It is a Choice (because Kanye)” question truth-telling and memory. How did the retelling of stories/changing narratives find space in your poems, and what does that say about truth for the collection as a whole?

fjh: This is maybe an example of what I mean. In “Ask me now…” I find incredible power in the line “I get beneath her in the greased grass.” It’s probably a direct result of the demands I make on myself about self-implication. One of the things I really wrestle with and find emotional and creative power in is deliberating the degrees of mental agency someone has in violent situations. It’s a very long conversation, of course. But I’ve thought a lot about mental position despite situation. It’s different, of course, than the notion of fault. (Was it the speaker’s fault in this poem that another girl decided to attack her and wrestle her to the ground? No…but there is, nonetheless, a consciousness that the girl being attacked has in that situation. A character. A position).

I have found a lot of healing and strength in thinking about the extent to which that character, and that role has its own parameters of imagination and consciousness. It’s probably a natural transition then to be able to wrestle with the absurdity of West’s suggestion that slavery was a choice for Black Americans. Like…maybe that’s some of what he was thinking about—the mindset of an individual human being in the face of forced chattel slavery, and the fact that consciousness does not go away because of enslavement. But I think West came to a horrendous conclusion in thinking that way. To consider the expansiveness of someone’s mindset while they are being enslaved is to take their whole humanity into account—but to blame them for that circumstance is truly to confuse consciousness and awareness, with power. They are not the same thing. And so I wrestle with that a lot. There’s a lot of creative power for me in those working through those unanswerable questions. So I don’t even know that it’s “retelling” as much as it is about re-framing, perhaps to the extent of hyper reality. At least that’s how I think about it.

AV: A few of the poems examine women in relation to men, challenging the mystique of female loneliness and what loneliness even means. What is the function of loneliness in this collection?

fjh: My hope is that you will make this decision as a reader.

AV: The use of music in Here is the Sweet Hand is so interesting. Speakers use operas to observe loneliness or Ty Dolla $ign to observe desire. Tell me more about examining artistic tradition and these themes in the second section of the collection.

fjh: I rewrote “Or Nah” because of how much I loved the beat but hated the lyrics when I thought about them for too long. It’s this really catchy beat made of this sinister notion that someone is only interested in your company insofar as what you can do for them, and specifically in this case, if a woman is gonna’ fuck and suck off and die for some dude. There aren’t a ton of songs that crawl up under my skin like this one—and yet, I’ve got that beat in the canvas of my brain at this point. So yeah, I wanted to diffuse all that bullshit. The poem is difficult to read aloud; I’ve tried. So maybe it’s not supposed to be read. But I love how it looks in its moments. I think I like it—in beats. In snatches. To my mind, there is much more loneliness in that poem than there is in the classical suite. Though perhaps what they share in common is the desire to recast art that may not have been intended for my speakers in the language of their own daily reality.

AV: In Here is the Sweet Hand, there are mentions of meat—the bad smells, the rot, things eating each other, etc. But there are also mentions of seeds and the idea of growing or replanting oneself. Why are both of these so present in the collection, and how does it relate to Blackness?

fjh: What’s interesting about your questions is that I think you are making connections beyond what I was even really intending. I want to be smart enough to answer this question, but I’m not sure I know the answer. Oddly, and I’m not sure I can explain this, but when I used to worry about whether my poems came across as morose or not, I mostly worried that Black folks would think I was weird for all my bugs and meat and cemeteries and other morbid stuff. I don’t worry about that so much anymore.

But I think part of my relief is connected to how excited I got when Black poets would come up to me after readings, usually with a kind of wide toothy grin, giddy about the gore and darkness and grotesque elements in my poems. Maybe what it has to do with Blackness is the kind of private revelry I take with other poets about how much power we get from the grotesque. How much fearlessness is in being able to look the world raw in the face and see how ugly it can be and still love it despite itself. It’s a bit of duende. It’s anti-respectability. It’s grounded and honest and eager—for a kind of guttural beauty. It’s joy in the mess of circumstance. A reverence for a willingness to admit to the hideous. Truth be told, Black folks know that better than just about anyone. I think the poet Ai taught me about this, as well as Amiri Baraka and Larry Neal and Wanda Coleman. Poets like Tommye Blount, Justin Phillip Reed, Ashaki Jackson, and Ruth Ellen Kocher carry on in that tradition. And I like to think I live in that tradition as well.

Caroline Kim recommends stories from a thriller about the L.A. riots to a magical realist novel about a doppelgänger

Books by Chen Chen, Ada Limón, and Ocean Vuong are standouts among the year’s best poetry

Poems that celebrate diasporic identity and rage against oppression