When I read Maggie Nelson’s memoir-in-fragments, Bluets, for the first time, I felt like someone had taken my singular experience of heartbreak and exposed it to the world — that is, until I realized it was written about a man.

The way the book is constructed, it feels as if the reader has control over who the “you” is, and I felt deceived when I came to understand that the departed lover was male — that, in other words, it was about a heterosexual relationship. But I wasn’t the only queer reader to understand Bluets as queer — not the story, perhaps, but the book itself. Bluets quickly rose into a prominent position as a queer cult classic despite its heterosexual gaze, perhaps because of its fragmented form. For queer readers, the book’s disjointed structure and indefinable genre were immediately recognizable as reflections of our own experience.

There has been a recent trend in literary fiction and memoir toward fragmented structure. In some cases, this means chunks of text separated by blank space, which visibly split the story; in others, the fragmentation is approached in more subtle ways — for example, trisecting a narrative into three parts, leaving gaps in time and perspective, fracturing the identity of a character by only referring to them by their first initial. This could simply be a shift away from the Novel in its traditional sense, but there is also something inherently queer — both strange or unexpected and homosexual — about a form that subverts the established narrative tradition.

When Brian Blanchfield’s tightly assembled collection of essays, Proxies, came out in 2015, he cited Maggie Nelson as an inspiration for his writing. Like Nelson, Blanchfield began writing as a poet and followed his book of poetry with essays. I searched for nods to her writing in his and couldn’t find echoes of her fragmented form anywhere in the collection; each of the essays is titled “On ______,” with different nouns completing the title but the same subheader repeating unchanged under each: “Permitting Shame, Error and Guilt, Myself the Single Source.” But in thinking more deeply about Blanchfield’s work in the context of Nelson’s, it dawned on me that there are less obvious ways to alter form, to queer the structure of a work. This repetition of the header creates an effect of imploring the reader to listen to it and to digest and understand it. At the top of each essay, Blanchfield reminds us that he has the power and authority to impose or claim an identity himself, which, in turn, makes one think of the complicated notion of an identity that is imposed on us by another. Further, this repetition gives a strong voice to a phrase that could be forgotten easily if it only appeared once. It is reminding the reader of a state being that the reader must understand as the pretext for each essay. As queer people, everywhere we turn, we must reassert ourselves and take up space, over and over again.

Blanchfield is playing with the form of his essays in a way that the reader only has the satisfaction of understanding once they reach the end, where there is a section called “Correction.” In “Correction,” Blanchfield fact-checks himself. He admits that all of the information presented as facts in the essays were according to him — “Permitting Shame, Error and Guilt, [him]self the Single Source.” It was with this collection of essays that I realized the interplay between the gay content of Blanchfield’s essays and the queerness of their form. He gives himself permission, but with each header reminds the reader that there is potential for him to make a mistake both as a writer and as a person. He carves out a space for his words and notions to resonate before correcting, providing a delayed unease when the reader realizes the truths in the book are simply his truths through his queer gaze.

Queer authors are doing something complicated with form, something inseparable from our history of being told that we cannot — and thus, do not — exist in certain physical and ideological capacities. While operating in a culture that necessarily subverts what is “traditional,” queer authors must find forms other than the perfectly resolved traditional novel, other than the narrative memoir, to tell their stories. These fragmented forms and unique structures allow queer authors to replicate what it’s like to exist outside of the “traditional narrative.” Much in the way that queer people have been forced to create spaces for themselves and codes of behavior when out in the world, queer authors have similarly carved out and utilized new forms for their work, perhaps not by choice, but out of necessity, in order to tell their stories and reflect worldviews that have been informed by their queerness.

In Anne Garréta’s two books that have been translated from French to English, she segments her narratives, jumping around in time, which creates a disorienting effect, but also helps establish a dimension for the queer bodies in her stories to freely operate. In Sphinx, the story begins at the end, briefly, before launching the reader into the hazy infatuation that pulses between The Eden — a club where the love interest, A***, is a dancer, and the narrator is a DJ — and the streets and spaces the two occupy. Garréta’s writing enables the characters to feel as if they’re alone, even when they are surrounded by others:

“Basking in a renewal of passion for the world, for life, and for our love, we shared secrets, words, and caresses profusely, allowing ourselves to forget all past hurts and to believe for a moment in an idyll whose state of grace lingered even after we had left its source, that city.”

In beginning with the end, Garréta hints at later doom, but we are quickly wrapped up in a dream-like, intoxicating world and the narrator’s relentless longing for a character only ever referred to as A***. The absence of a name — and even a gender — enables the reader to project a likeness into the character of their own lover or of someone they know. In Not One Day, Garréta employs similar tricks; the book is a catalogue of lovers, broken into short, stand-alone sections. Each is titled with an initial and is simply a list of memories and moments with past loves.

There are two ways of looking at Garréta’s use of a first initial. Yes, it does create an anonymity for these individuals, never letting the reader get close enough to even learn their full name — but in that anonymity to the reader, there is a tenderness and intimacy with the narrator. This way of naming appears in other recently published books, such as Ely Shipley’s Some Animal and Stacy Szymaszek’s Journal of Ugly Sites & Other Journals. The friends and lovers are called “D” and “J” and “K.” I have to imagine that it has something to do with the desire queer authors have to protect their lovers, to keep from outing them. But this is also a way that I have referred to people in my life for years. The better you know someone, the less you need to use their full name.

Books and films about LGBTQ characters often focus on trauma. Shouldn’t we get a happy ending too? 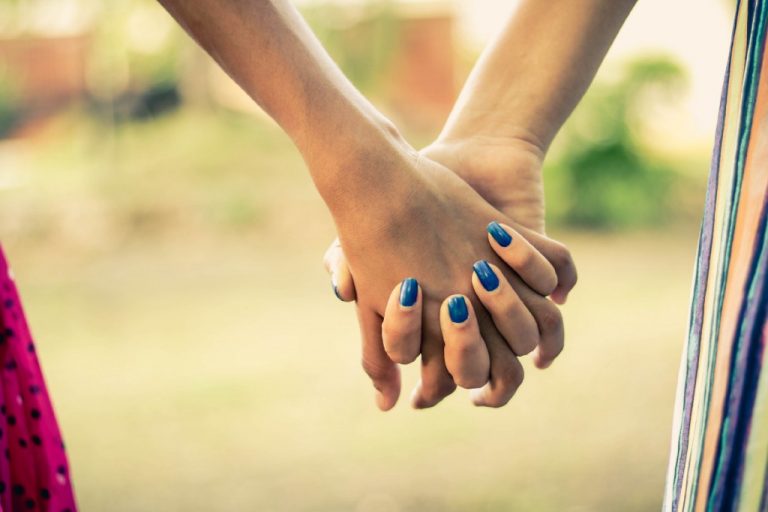 It is not such a revelatory idea that spaces for queers are limited and hidden, while gay clubs and bars are also commodified by straight people. There’s a prevailing heterosexual idea that the gays know how to party best, but this does not come without a torrid history of erasure and violence. During Pride month, I find myself accosted by spaces and brands that are commodifying queerness; it is everywhere, and yet, as queerness becomes less of a radical idea, the spaces, both literal and figurative, morph. As the space that queer authors take up in their subversive forms becomes more widespread and intriguing — to not only a queer reader, but a straight audience — the formal experiments and implementations are adopted by non-queer authors, commodifying in a similar way that corners we strive to carve out for ourselves.

As queer authors find new forms that enhance the stories they’re telling and find forms that resonate with audiences, there becomes the same danger for these elements of style: the potential that they will slip away from the queer minds that have nurtured and developed them into a place of commodification that erases these queer traits.

In Patrick Cottrell’s debut novel, Sorry to Disrupt the Peace, there is also a focus on claustrophobic space as the narrator, Helen, returns to the home she grew up in, following her brother’s suicide. She is there to find the answers — what happened to him, what was he thinking — that nobody is seemingly able to provide. Through her journey to discover more about her brother, the reader begins to uncover a likeness between the two, or a doubling; this notion of the queer double, Lee Edelman theorizes, represents the return of the repressed or unseen self and serves to destabilize a narrative.

Further, while Helen is not explicitly a lesbian, she makes comments, throughout the novel, about the fact that everyone thinks she is. This subtle inclusion seems second nature for this queer author and adds a feeling of being on the inside of a queer feeling. The form of the novel itself is actually fairly linear and cohesive. It follows the narrator’s search for belonging and a space to occupy, but while she increasingly identifies with the brother she has lost, Cottrell brings the reader into a queer mind.

As Dale Peck says in Visions and Revisions:

“Queers will always be defined (at least from the outside) not by their sexual desire but by whether and how they act on it. It’s sex that makes you gay, at least in the eyes of the straight world, and it’s gay sex that made gay culture, not the other way around.”

Similarly, queer authors are not defined by their use of fragmentation — rather, the subversive forms they use are a symptom of being queer in the world. Just as queerness has become increasingly inclusive and expansive, there are countless ways to queer a form and make space for these voices. Queer forms in writing express not only the urge to but the necessity of fracturing the traditional narrative structure or genre in order for queer authors or queer characters to express their world and make space for their stories — and in both the ordinary and extraordinary we find these queernesses of form.

The English Language Debut of One of Colombia’s Premier Authors

Mariana Enriquez recommends “Like a Pariah” by Margarita García Robayo

How To Write About Trans People

Our lives are often important tools for the plot, but agency is nowhere to be found

“The Kids Are Alright” Illustrates the Privilege In Mainstream Queer Stories

When neighbors and communities are erased from LGBTQIA narratives, queer stories often lose their real-world relevance