How to Arrange a Poetry Collection Using Mix Tape Rules

I was at a loss for how to order my collection until I turned to an older, more instinctive art form: the music mix

Nearly a hundred pages arranged in 22 stacks of varying thickness reached from one wall of my apartment to the other. Lorde’s “Hard Feelings / Loveless” played from the bluetooth speaker on my bookshelf. I tried to pinch back tears—mostly of frustration and doubt—and failed.

It was late 2019, and I was finishing up edits on my debut poetry collection, due out from Big Lucks Books the following summer. I had the content: thirty-some poems in varying conditions, some complete or near-final drafts, others mere placeholder pages. I had a subject: love, including the desire, conflict, heartbreak, bitterness, and spectacle that accompany it. I had a name: That Ex, the charged eponym of the book’s speaker. But the manuscript held shape in only two dimensions: length, mass. It didn’t exist in that third dimension that makes a manuscript a book: It had no arc, that yearning of meaning against the gravity of language itself.

I had ordered the manuscript chronologically by the approximate date of each poem’s completion, and this arrangement reflected nothing but the chaos of those years. These were the poems of my twenties; I had written them over the course of many relationships, crushes, and flings. But I wasn’t interested in writing a memoir-in-verse. (Worse, I knew readers wouldn’t be interested, either.) I shuffled the pages around the hardwood floor like enormous cards in a game of solitaire. I needed to bring order to the disparate experiences that produced these poems, but the possible plays seemed endless.

I tried grouping the poems together by form, but quickly discovered that no form appeared more than twice. This failed experiment offered an unexpected insight, at least: The shifts from monostiches to couplets to zig-zags to lines swimming in open space reflected the experience of the speaker trying out different inherited models for how a woman can navigate her world in the widening wake of a breakup.

I thought I could lean into this by dividing the book more explicitly into two parts, with poems twinned in form mirroring one another’s placements in the opposite half. It was fun to play with point and counterpoint in form—before and after, cause and effect, exterior and interior, conscious and subconscious, public and private—but I ultimately didn’t want to risk the oversimplification of obvious binaries.

I tried approaching the sequence like a scavenger hunt, with a word or phrase in each poem determining which one came next, a playful gesture toward the traditions of the ghazal, pantoum, or villanelle. This was interesting on a poem-to-poem level, but once I stepped back, I saw it as a purely formal exercise: The book still had no arc, no story. What I wanted was an emergent meaning. I wanted to mimic the setup and payoff of an individual poem within the expansive space of a book.

Following themes, I stacked the poems into four piles: crush, love, conflict, and heartbreak. I began to give in to a subtle narrative arc—I did want my little brat of a speaker to come out on the other side of something—but I thought it would be boring to tell the story of a woman who falls in love and gets her heart broken, or who gets her heart broken and then falls in love again. I had to be careful about what I centered as the book’s climactic feeling—and how it would leave the speaker transformed in the denouement.

Sometimes when I’m stuck on something I’m writing I’ll try translating it into another art form to see if it’ll help me identify a resolution. I’ve reordered the images in a poem by thinking of them as clips in a film montage; I’ve reformatted a poem by imagining it as a building.

Most often I turn to music. So many of my poems begin with a realization: I like the way that sounds. I know I have to follow that first feeling to finish the poem. While this isn’t true for all poets, I’ve found that I can’t successfully access the abstractions available in poetry—metaphor, allusion, etc.—without grounding them in rhythm, harmony, and the play of assonance and consonance—all fundamental elements in music.

And if poems have always sung to me, then a well-ordered book of poems can feel like a pop album. Looking at the pages still spread across the floor, arranged and rearranged unsuccessfully, I thought of the albums from my twenties that I considered expertly ordered—In Colour by Jamie xx, Lemonade by Beyoncé—and I decided to turn—or rather, return—to music. I thought that if I could reflect on how the best albums work, I’d be able to use those same principles to bring structure to That Ex.

The first song of any great album is an invitation. A voice—that we can trust, or that echoes with something of ourselves—piques our curiosity, offers a wager, shows us that something is at stake.

After we’re hooked, the early tracks establish a range in mood, tone, and theme, which surprises and delights us; each one advances the musical and narrative ideas of the album and leaves us eager to discover what the artist will try next. The listener’s experience of this range requires thoughtful transitions: In Colour, for example, segues the end of each song into the beginning of the next, while the stark transitions of Lemonade, in contrast, emphasizes the nonlinear quality of stages of grief.

Also critical: The hits, bangers, and singles are spread out. Albums that fail to do this are top-heavy, clustered, and inevitably forgettable. Artists want the listener to experience tension and release, so they intersperse the album’s standout anthems with longer, mood-establishing pieces and short tracks to slow us down and offer moments of relief: Think of Beyoncé preceding “Freedom (ft. Kendrick Lamar)” with “Forward (ft. James Blake).”

The Secret Writing Tips I Learned from Kendrick Lamar

Before he was a Pulitzer winner, his music taught me things about writing short stories that I hadn’t learned anywhere else 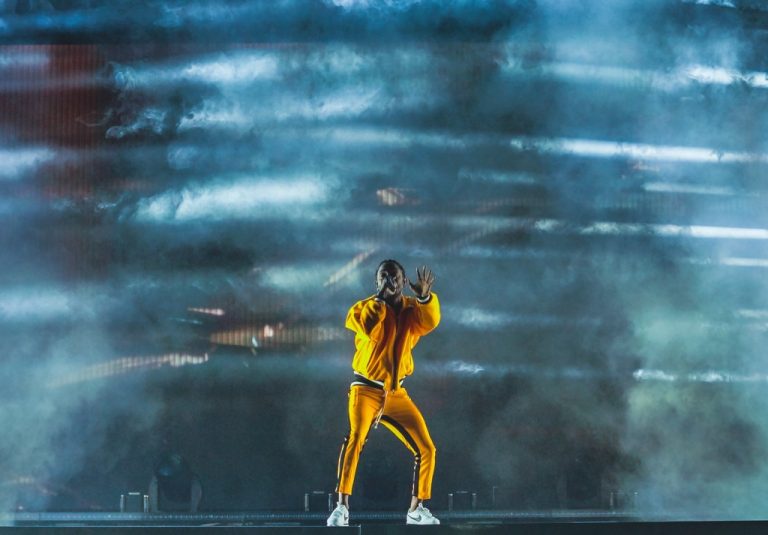 Toward the end, most great albums offer an unexpected complication: a change in tone like Jamie xx’s “I Know There’s Gonna Be (Good Times)” or a narrative surprise like Beyoncé’s “All Night.” In this way, they evade narrative cliché and the boredom of expected resolutions. Then there’s the outro: loose ends are either tied up or left playfully unresolved, and musical ideas from earlier in the album are reintroduced, a roll call of favorites and familiars before the final curtain. And, if we’re lucky, there’s a bonus track—a tonal coda, a narrative epilogue, or a flirtatious gesture in an entirely new direction.

With these principles in mind, I jumped back into the poems. I went through my music library and assigned a song to each poem to match its harmonies, and then, leaving the paper on the floor, I turned to my computer to pick up an effort that had been familiar to me since junior high: I started making a mixtape. (Instead of addressing a crush, I addressed my speaker: from one ex to another.) I arranged the tracks until I arrived at a playlist that felt complete and coherent—and then I returned to the floor of my apartment to reorder the poems accordingly.

Making the playlist took several tries, but none was frustrating; the experience of momentarily stepping out of the poems to look back at them through another form—in this case, music—was fun. Thinking of the book as a mixtape for my readers refreshed and reconnected the project with some of the feelings I had set out, years before, to capture: intimacy, candor, vulnerability, mischief, and play.

Turning the Weirdest Poems of the 20th Century Into Opera

Composer Matthew Aucoin on adapting a three-volume epic verse about cute gay ghosts, and where he's going from there

Poetry Can Give You What You’re Hungry For

The Towering Influence of Leonard Cohen

Almost three years after his death, the singer-songwriter can still teach us something about what writing is for