How to Help Prisoners Get Books

From 2017 to 2018, Turkish novelist Ahmet Altan was sitting in a prison outside of Istanbul and writing his critically acclaimed memoir, I Will Never See the World Again. Serving a life sentence on charges of anti-government propaganda, Altan had little hope of being freed, but he yet managed to find solace in reading. “I wasn’t helpless, I wasn’t alone, I wasn’t lost,” he writes after a prison guard drops The Cossacks by Leo Tolstoy into his cell. “I had a book in my hands.”

Since 1996, NYC Books Through Bars has helped prisoners feel less helpless, alone, and lost. Each year, the all-volunteer organization collects tens of thousands of donated books and distributes them to prisoners across 40 states, relying on fundraising only for postage. I recently had the pleasure of speaking with volunteer Rachel Casiano about how supporters can help get more books to prisoners in their area.

Step One: Connect with Prisoners

Restricting Books for Prisoners Harms Everyone, Even the Non-Incarcerated 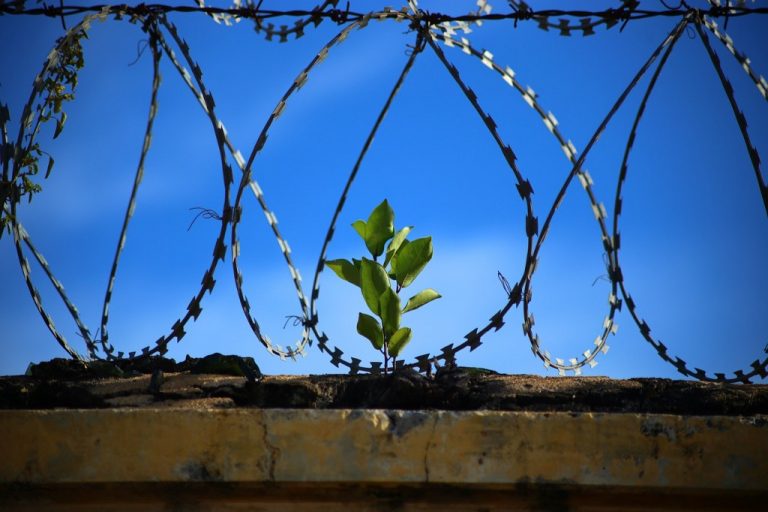 “Getting in touch with local prisoner support groups first is a good idea,” says Casiano, “because it incorporates the experience and perspectives of people who have been doing this work for decades and connections to people in prison.” Connecting with prisoner support groups, as she suggests, ensures that you’re sending books that prisoners are actually interested in and that administrators will actually let them receive. (More on the latter below.) Reach out to local independent bookstores to find out if there isn’t already a prison books project in your area. If there isn’t, try to contact more general prison support groups. Casiano herself became involved in NYC Books Through Bars through Black and Pink, which supports LGTBQ prisoners as well as those living with HIV, and Tenacious, a zine of art and writing by incarcerated women. Other nation-wide prison support groups with local chapters are the Anarchist Black Cross Federation and the Incarcerated Workers Organizing Committee. These organizations can help connect you with prisoners, but Casiano suggests reaching out to them with an open mind. “Maybe local prisoners are good with books,” she posits, “but need a visit transportation service instead.”

While collecting books may seem like the most difficult part of the process, Casiano says it’s easier than it seems. “The easiest way to get reading materials is just to ask for them, especially on social media where you can get a wide reach,” she says. “People like knowing the stuff they don’t need is going to a good cause, so it’s a win-win.” NYC Books Through Bars requests that donations be left at Freebird Books in Brooklyn, where they meet twice a week, but the organization also maintains a wishlist with another local bookstore, Greenlight, which donors can purchase from for delivery directly to Books Through Bars. Casiano also suggests soliciting publishers for advance reader copies or remainders, and local libraries for texts they might be discarding.

This is the tricky part. “The restrictions can vary wildly from state to state, facility to facility within the same state sometimes, and even the mood of whoever’s screening the mail,” says Casiano. Regardless, she offers a few rules of thumb. To begin with, work with a local bookstore to post your packages from a “reputable retailer.” When it comes to the books themselves, make sure they are softcover and free from any writing, highlighting, or stains. Prisons may also ban anything that “threatens the security of the facility,” which can include book covers with images of weapons, racial content (Casiano notes that many of Alice Walker’s titles are banned in Texas), or nudity (she also recalls having to tear all of the pictures out of a book on Roman art, which someone had requested). NYC Books Through Bars normally packages their books in donated brown paper bags, but Casiano notes that some facilities may require white wrapping or proper envelopes.

Postage is the only element in the equation that NYC Books Through Bars cannot meet without funding. “No particular hacks for postage,” admits Casiano. “We use ‘Media Mail,’ which gives us a slightly cheaper flat rate per pound than first class.” To raise the $2.75 or more per package sent via USPS’s Media Mail, NYC Books Through Bars regularly organizes fundraising events, like karaoke, panel discussions, and bingo, as well as online fundraisers, like their recent one on Fundly. Prison Books Collective, another prison books program based in North Carolina, also suggests applying for grants or selling books in its manual, How to Start a Prison Books Collective.

It’s not just the physical books that help relieve the helplessness, loneliness, and waywardness that Ahmet Altan mentions in I Will Never See the World Again; it’s the engagement between those who are imprisoned and those who wish to see them freed. Casiano recognizes that, in the current political climate, many of us are finally acknowledging the brutal toll of incarceration and rightfully flocking to the banner of prison abolition, which means we may be inclined to establish stronger bonds with recipients than simply dropping off a book. She encourages that instinct, but also warns that engaging deeply with someone who is incarcerated only to lose interest after a brief correspondence may ultimately hurt that person more than it helps. In other words, get emotionally involved if you’re so inclined, but set up realistic and sustainable expectations. “If you want to send a personalized letter with every package, that’s going to add up fast and create an expectation that will be devastating to the people who don’t receive a letter,” warns Casiano. “Abolition is a long-distance run, not a sprint.”

The Problem with Pop Culture’s Love of Wrongful Conviction Narratives

7 Books About Confinement and the Need to Escape